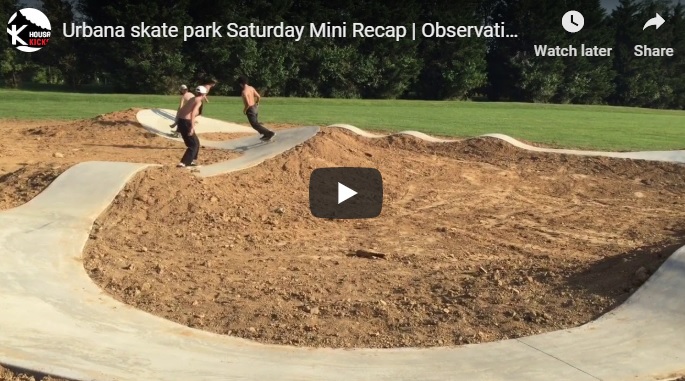 I don’t know if you had an opportunity to read my last post about the Urbana Skate Park, if you didn’t i’ll invite you to check out the link below

The Urbana Skate Park is Breathing New Life Into The Community

I’ve been going to this park literally every day since I’ve discovered it; and I’m not skating but my son is. Honestly I think onlookers are having more fun at the park than actual users. I’ve spent an average of 2 hours and some change there and made a few observations. First, I want to personally thank Joe Wallace and Billy Shreve for making the idea a reality. I’m saying this because the park is without a shadow a doubt a huge success. My wife never really watches any sports on TV or live but she has spent just as much time as I did at the park watching skaters grace bystanders with some of the wildest tricks we’ve ever witnessed. Sunday was particularly special, there were several bonafide skaters that came to the park and made the evening a delight. The foot traffic is very steady and there has been a lot of individuals on bicycles who have spent a significant amount of time on the newly built pump track. I had a few conversations with some of the bikers and they thought it would be a great idea if the track could be expanded ( so it can benefit them even more). The pump track was initially built for skaters ( it’s a skate park) and folks on bikes are being shown a lot of grace right now. Hence, if bikers  really want the pump track to be expanded, then THEY GOTTA PAY UP.  Adding more pieces to the pump track costs money; if more users ( other than skaters) want an expansion, then it’s time mobilize and get the bike community to be actively involved in the project. I won’t go into further details, the solution is very simple.

Here is a quick recap of Saturday’s activities.