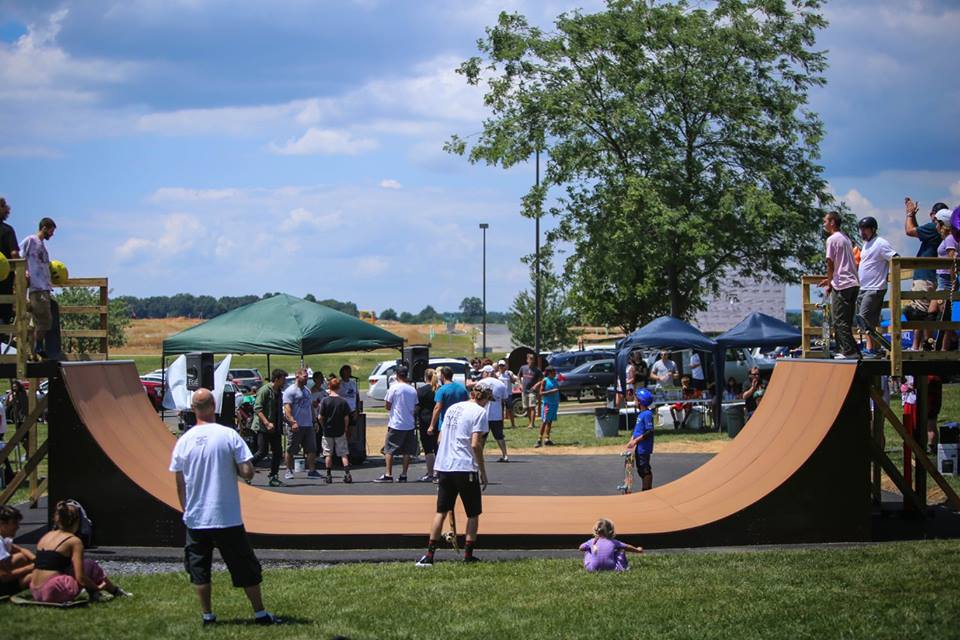 This is more like a Grubbing with Housakicks  post, only this time it isn’t about tasting or eating any food but rather enjoying the last Summer days with the youngest of my sons. He was offered a skateboard a couple of days ago and has found tremendous peace and satisfaction in riding it. My wife and I have been trying to find an outdoor activity for him and neither basketball, football nor the usual team sports have been a good fit. He has spent the past 48 hours riding his skateboard for hours and the discovery of the recently established Urbana skateboard park has been the  icing on the cake. Monday around 11 am I took him to the park  to test the ramp and while we were there, we were graced with the joy of watching some gentlemen adding a new attraction to the skate park- the Pump Track.  I’m used to playing basketball so this was new adventure for me as well. I’m not familiar with skateboarding so fortunately this morning, while I was watching my son take some baby steps on the ramp, I was joined by a man named Billy Shreve who gave me a thorough backstory of the events that led to the birth of the park, refer to the PR below for all the details

The vision for a skate park in Urbana was a dream of lifetime skater and Villages of Urbana resident Joe Wallace.  He contacted then Commissioner Shreve after the election in 2010.  Joe floated the idea of a skate park and asked what needed to be done to make it happen. Shreve contacted Frederick County  Parks and Recreation to see if it was possible. Luckily there was a skate park approved on the long term plan, but as we often hear in Government, no money. Joe didn’t let things stop there.  He and his wife Nadja rallied the skate community together to raise the $14,000 needed to buy a 6’x 16’ half pipe to get things started.  He contacted skate companies, held raffles, made t –shirts, set up a go fund me account, and held several skate events to raise the money.  The first rally was sponsored by PITCREW and featured lifetime skateboarder, restaurateur, and “Top Chef” Bryan Voltaggio.

Once the money was raised and the ramp was purchased it was time to recruit engineers, supplies, and builders to complete the site for the new half pipe.  After initial construction estimates for materials were completed by Matt Burdette of Pleasants Paving, Shreve and Wallace reached out to Chad Tyler at the Southern Frederick Rotary Club to see if they could lend a hand.  President Tyler recruited fellow Rotarian Lee Miller of Terra Solutions Engineering to complete the site plan needed to get a building permit and start construction. When it was time to build, the Rotary Club continued to provide the professional services the skate community needed.  Current Rotary President and Jemco, Inc., owner Jim McKeever stepped up to guide the project through the final stages.  He enlisted fellow Rotarian Tim Mellott of Merrill Lynch to help. This isn’t their first rodeo, this dynamic duo partnered to advocate and build multiple grass athletic fields and lead the charge for the turf field at Urbana High School.  You may have heard of the Southern Frederick Youth Athletic Facilities Tim Mellott manages.

Many in the community have stepped up to make this happen.  Helping with fundraising and events:
PITCREW – Malcolm and Tim; Jeff Bogart, Hilda and Jonathan Staples, Bryan Voltaggio, The Urbana Community, and the Skate Community of Frederick County.  Doing the “heavy lifting”, the construction side, The Rotary Club of Southern Frederick County Presidents Tyler and McKeever; Lee Miller – Terra Solutions Engineers, Pleasants Asphalt, Jemco Inc., Moxley Paving, Tim Mellot – Merrill Lynch, and Kidwell Construction. Ramptech’s Mike Mapp provided the on-site ramp construction expertise.This project would not be where it is today without the support of Frederick County Parks and Recreation former Director Paul Dial started the momentum and now Director Jeremy Kortright, Deputy Director Bob Hicks, and Paul Hanyok are keeping the wheels rolling.  Frederick County Parks and Recreation provided the location for the skate park.

I was curious to know how the Stakepark would enhance the community, and honestly I think I’ve already answered that question in my initial paragraph. Urbana has an abundance of Soccer, Baseball, Football fields and basketball courts; some of them are barely used because not all folks are into the popular sports. So the advent of the Skatepark breathes in new life into the community and consequently more options for those that have an affinity for extreme sports. I have only been to the park thrice and have been amazed with the amount of foot traffic it receives ( an average of 3 to 8 persons per hour).   It’s been said that idle time is the devil’s time; as cliche as the statement sounds, it’s true. When folks have nothing to do , they tend to gravitate toward poor habits that can lead to destructive behaviors. So this park will definitely alleviate that problem; the other interesting thing I’ve noticed about skating is that it’s cross cultural, involves folks from all walks of life and that my friend is a bonus. I also asked Billy Shreve what his vision was the park and wanted to share his answer with you,

The Vert ramp gives the community a place to skate.  You have witnessed bicycles, & skateboarders.  The new pump track will broaden the spectrum of those who can participate.  Anyone with wheels can use the pump track.  We see it expanding the use to adventurous folks in wheelchairs, and even some folks will enjoy walking it.  Adults with bikes, scooters, box, skateboarders, etc., will all use it.  On Rollerblades, it is just like snow skiing through a mogul field 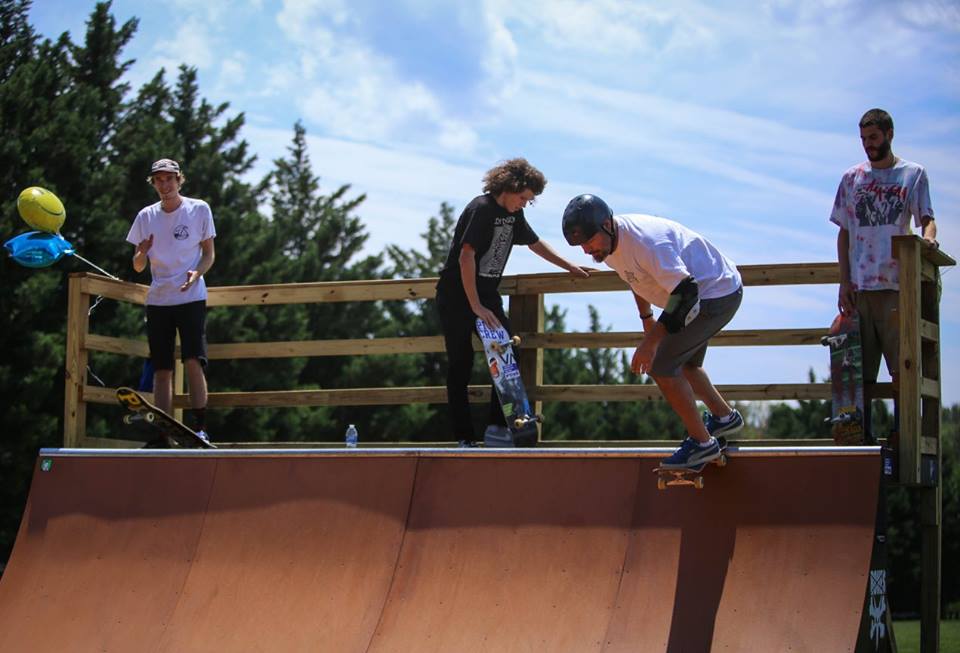 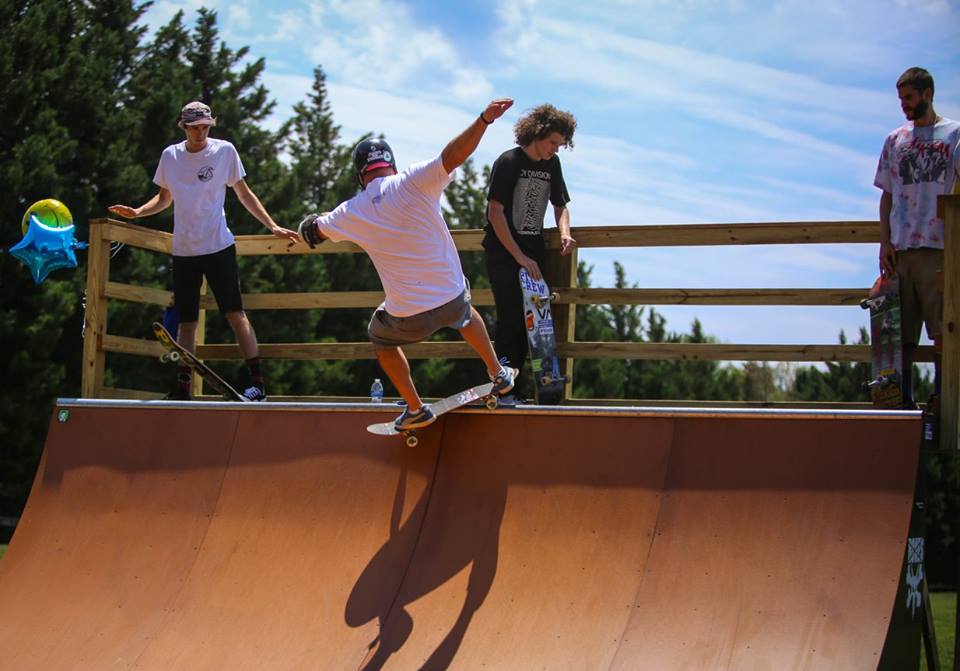 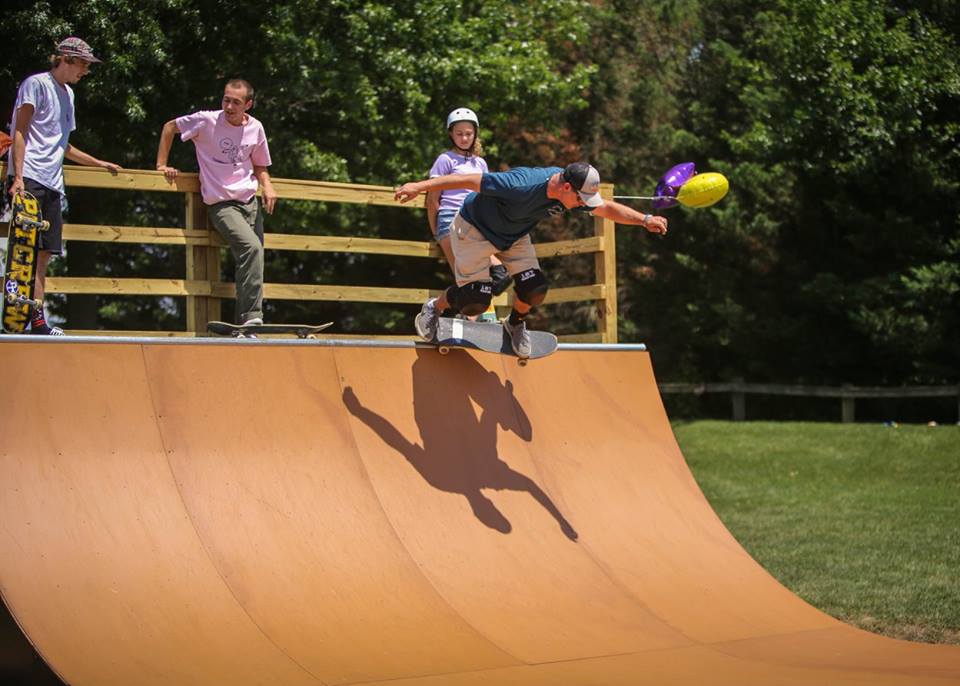 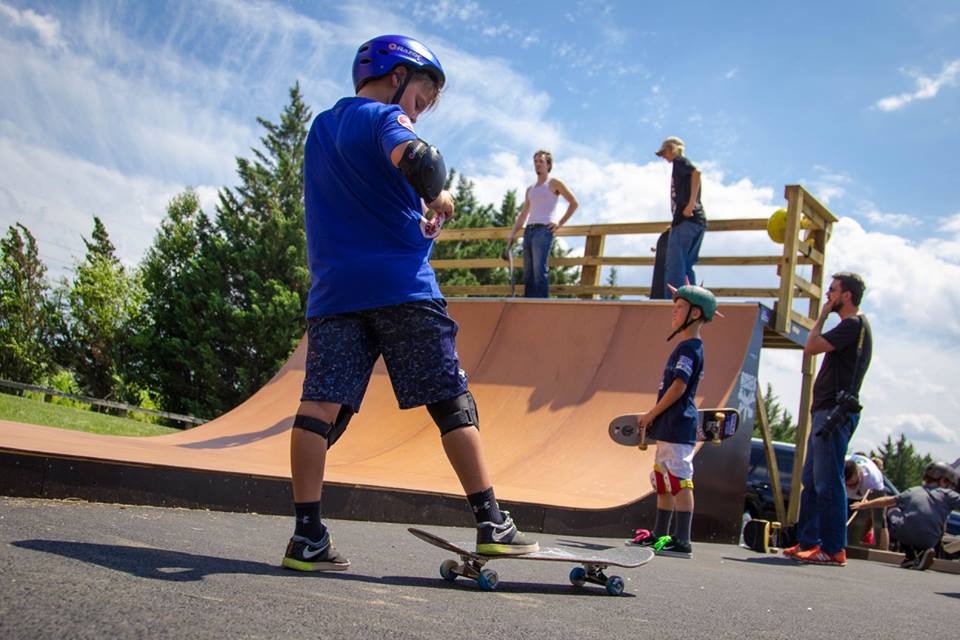 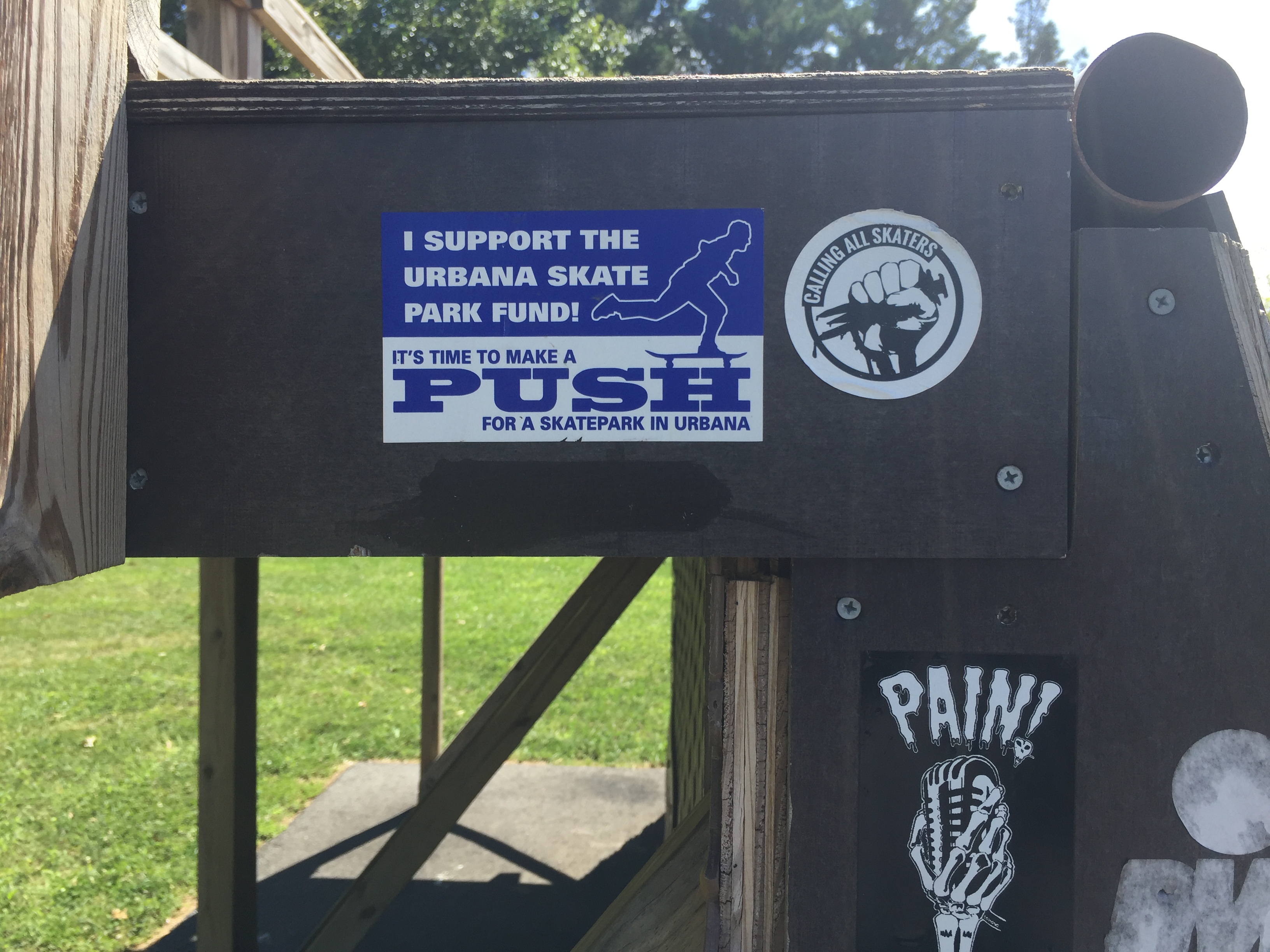 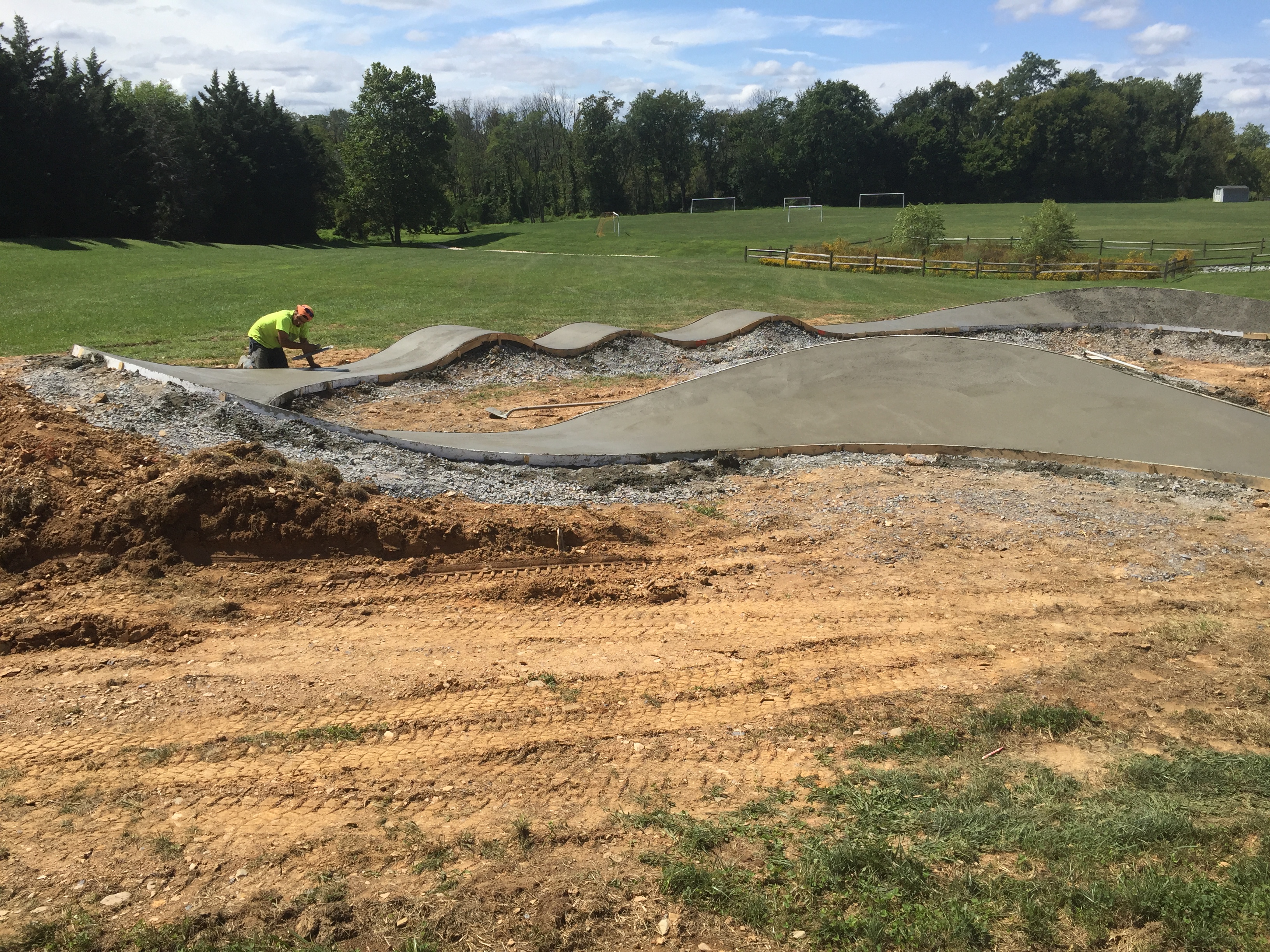