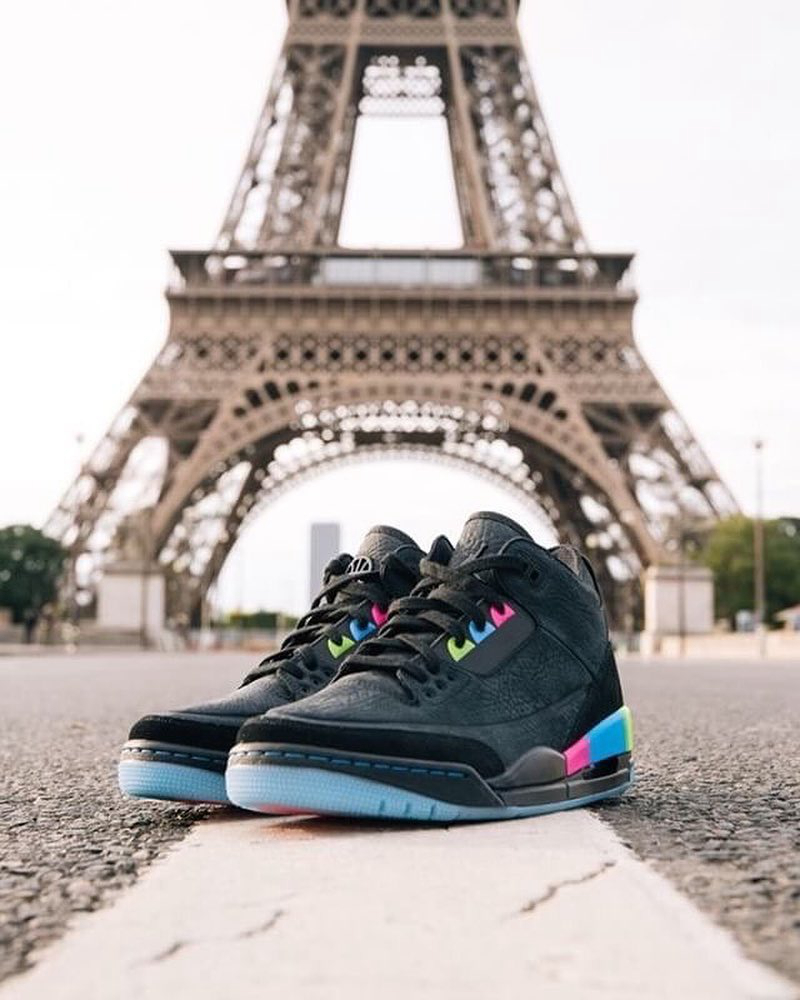 Let me start by saying that Quai is pronounced Kay not Kwhi. The Quai 54 is the only streetball tournament worldwide sponsored by Jordan Brand; it started in the Summer of 2002  and has ever since garnered a lot of attention from streetball fans and sneakerheads alike. It’s a two- day tournament which also features  artists such as the late Prodigy from Mobb Deep. One of the highlights of the tournament are the sneakers that are released during its course; by far the Jordan 5 Quai 54

This year’s tournament will feature the Air Jordan 3 Quai 54; it comes an all black powdery leather upper with fluorescent highlights on the lace holes and heel. The Quai 54 basketball logo will cover the outside of the tongue of the right pair, while the left pair will feature an embossed jumpman logo. So far we’ve only been served two pictures so there aren’t much details I can give you. With every shoe that Jordan Brand brings our way, we are reminded of the fact that Nike’s options are limitless; the brand has an arsenal of weapons that is unmatched. I’m just cogitating about the countless narratives at Nike’s disposal and it’ll take several lifetimes to run out of ideas. and guess what, they can always recycle older models so JB is going to be around for as long as this world is. 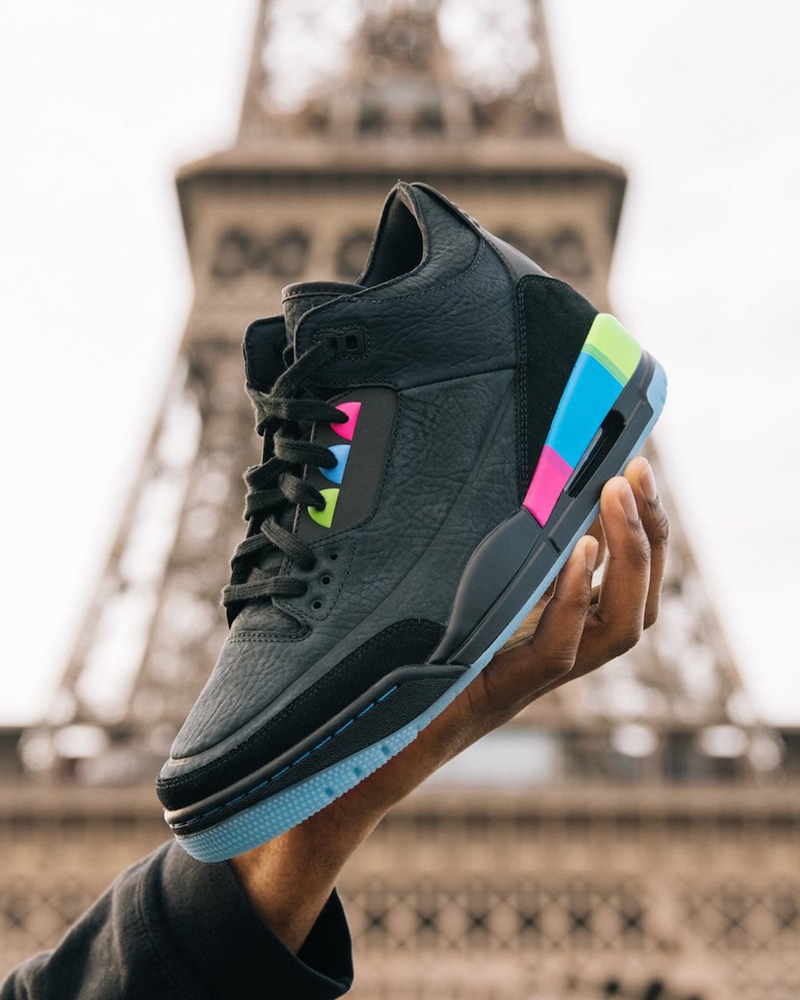 Air Jordan 12 Michigan | How Many Made |Market Price |Buy Now