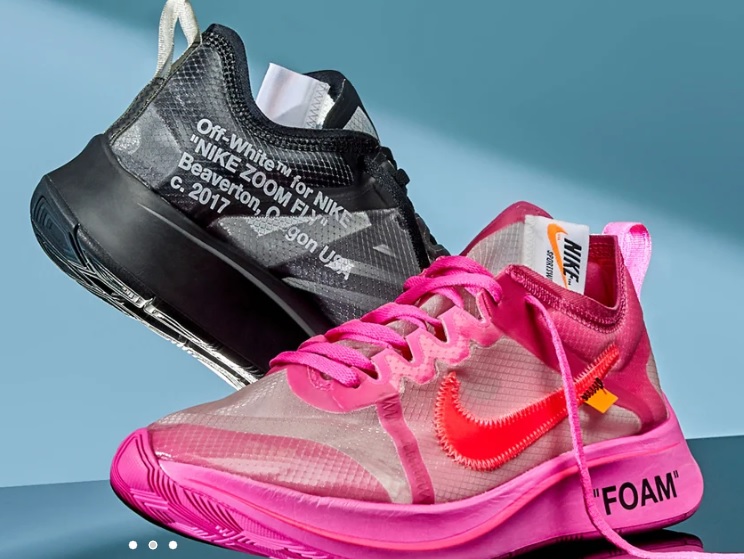 The Off White x Nike Zoom Fly SP is releasing in black and pink in a couple of days. Most Off-White sneakers are big targets for bootleggers because of the hype surrounding them. I haven’t really written any projection post on these types of shoes because of the lack of information available on them. I’m only doing today because of Solelinks ( a site that specializes in providing its audience with a list of stockists and Release date for all types of sneakers in the market). So I’ll use the information SL provided to make some assumptions and come up with a believable estimate. The first thing I want to do is show you a screenshot of the stockists the site provided both in the USA and internationally

It is obvious that the international stores are receiving more inventory than the US locations, hence we’ll consider the following assumptions:

. US stores will receive about 1/3 of the inventory

Now we just need to figure out how many pairs per store were given and to do that I’ll use Endclothing as my guinea pig. End has about three functional stores and I’ll assume that each will receive about 100 pairs (based on the available sizes) see screenshot below

So if each store is receiving 300 pairs,

And USA alone would be about 3900 pairs divided between Nike and the boutiques allocated an inventory.

I always start with eBay to see if there are any sales that have occurred to collect my data. To my surprise, the only thing I could fetch from eBay was the current listings ( meaning no pair has been sold at the asking price) so I can’t make any inference based on the asking price. See screenshot below for the current asking price 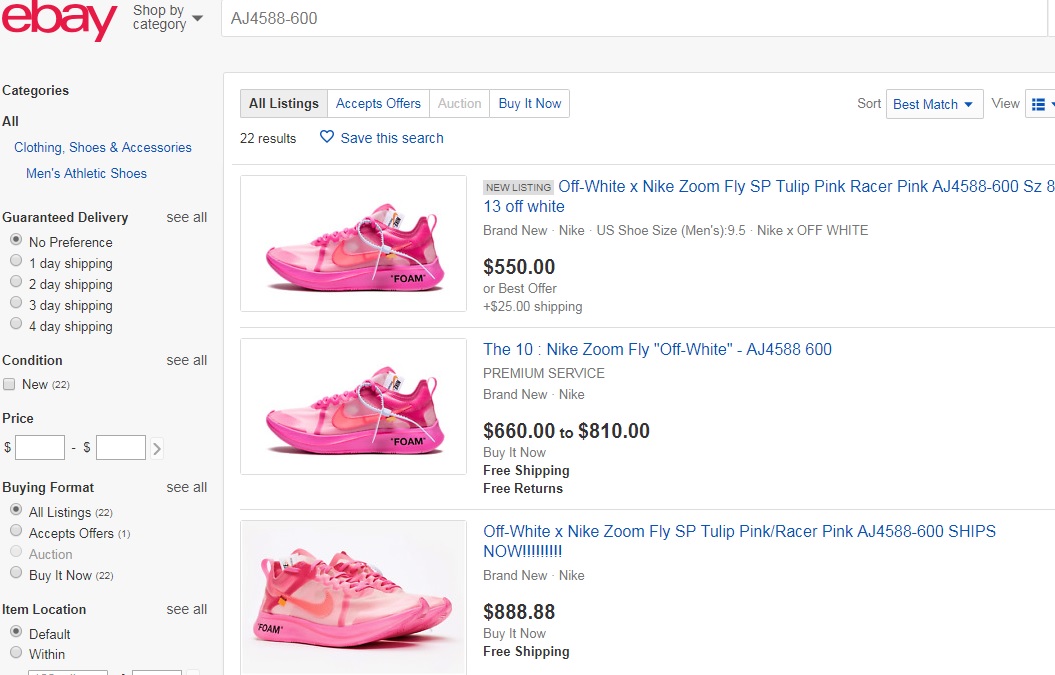 Neither the black nor the pink pair sold at the asking price, which is very unlikely. I can only think about two things- either people aren’t willing to pay that much for them or they are buying the shoes elsewhere. So let’s check StockX.

Both screenshots above confirmed my submission, I wrote a post a few months ago saying that StockX was going to soon bury most third party marketplaces and we can see what is taking place now. I think eBay will survive because the platform sells more than sneakers on one hand, and on the other hand, eBay doesn’t just sell exclusives. Most bootleggers target the “hard to get” sneakers and since eBay has been polluted with fakes, most people would rather just buy them on stockX ( at least they know they aren’t getting replicas). There you have it folks, let me also provide you with a list of stockists for the shoes.

or you can purchase them on eBay from our featured sellers, see listings below