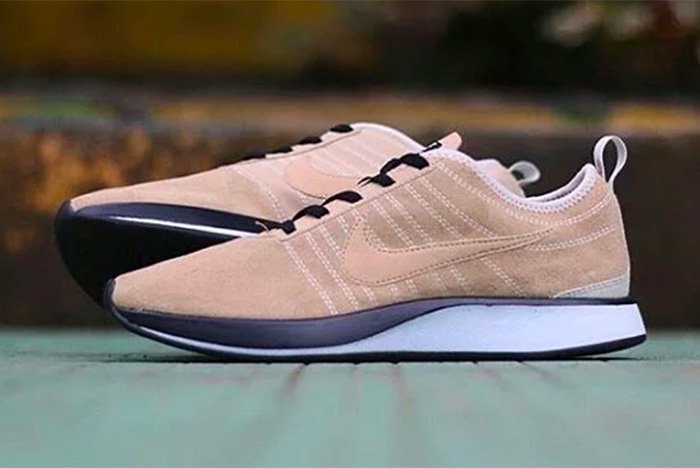 Nike might have finally found a shoe to regain some momentum in the lifestyle market; the brand has really had a hard time competing against the Adidas NMD’s. I was in my local mall a few days ago and was desperately trying to convince a young man to try out the NB247. He pretty much gave me the :” you ain’t never gonna see me rock anything but NMD’s look”. He obviously had NMD’s on his feet and was returning another NMD he had purchased earlier, I’m not sure why. Adidas has definitely hit the jackpot with the combination of the NMD and the revolutionary boost midsole. But I think the Nike Dualtone Racer might help Nike gain some significant grounds in the lifestyle niche again. I was wondering why the concept of replacing the conventional flyknit material on the racer’s took so long to be implemented.

Maybe the wake up call for Nike was the poor performance of the triple black & white racers. I thought for sure both running shoes were going to sell out instantly; but to my surprise, they are still collecting dust on most FTL shelves. The flyknit racers are definitely not fit for the cold weather so Nike should’ve thought of replacing the flyknit with a more cozy material. The wool versions of the NMD shattered all types of sales record; and I believe if the Nike dualtone racer had released right around Christmas, they could have been a game changer. But it’s never too late and Nike knows that all too well; I’m definitely expecting a shift in the market in the months to come. 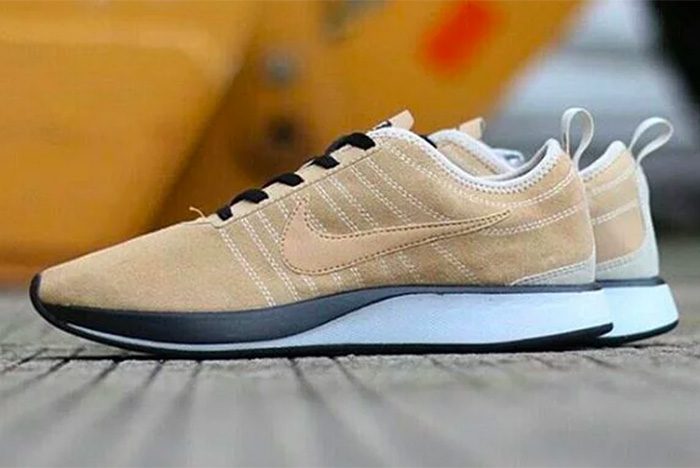 The Nike Dualtone Racer very first edition comes in a beige upper; the shoes feature a thick nubuck/suede leather upper and sit on the usual full length phylon midsole. With a sock like construction around the ankle ( Nike might be throwing jabs at Adidas), the shoes will also have a pull tab as well. I still think Nike needs to find a different type of cushioning because the zoom units aren’t cutting it anymore. I’m looking forward to seeing more updates to this model and I think this great for the consumer, more competition means better product and prices.

Check out the NB247, the NMD and the Dualtone racer pictures below and tell me which one you prefer.