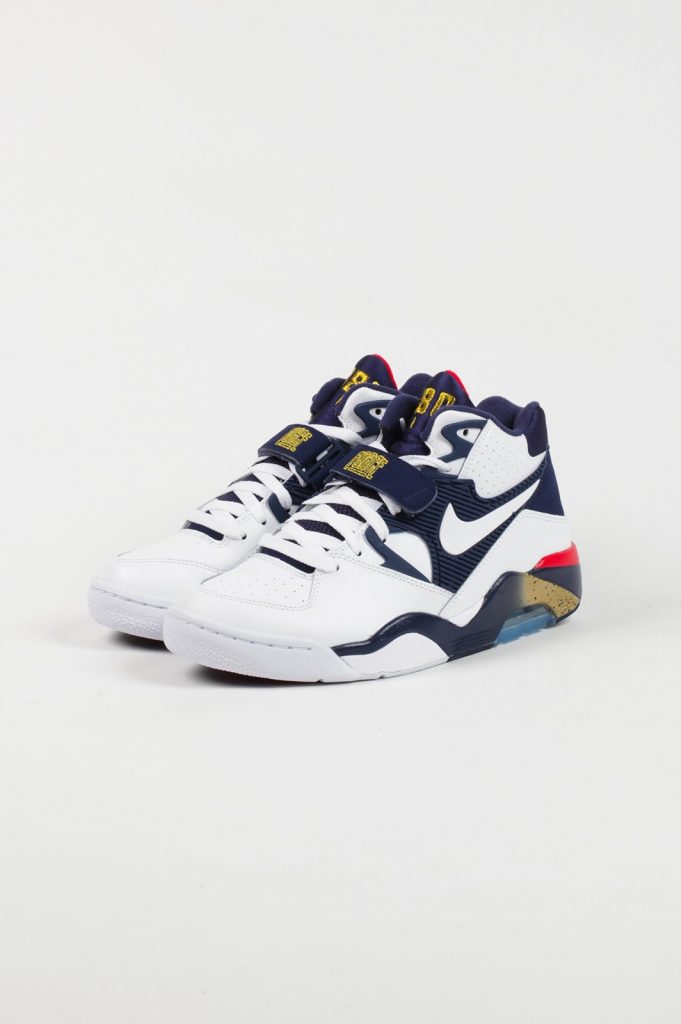 The Nike Air Force 180 Olympic was one of the most classic sneakers that were released during the 1992 Summer Olympic Games in Barcelona. They were worn by the memorable Charles Barkley a member of that USA Dream Team. These Nike Air force 180 Olympic were released recently in 2012 ( the year that marked the 20th anniversary of the Dream Team). They are dressed in an American-inspired red, white, and blue colorway with gold accents on the heel, tongue, and strap. They also feature a large visible Air-Sole unit in the heel, lockdown hook-and-loop strap, and a color gradient on the midsole. The official release date of these shoes is July 7th and they are already available for purchase Now See BUY IT NOW