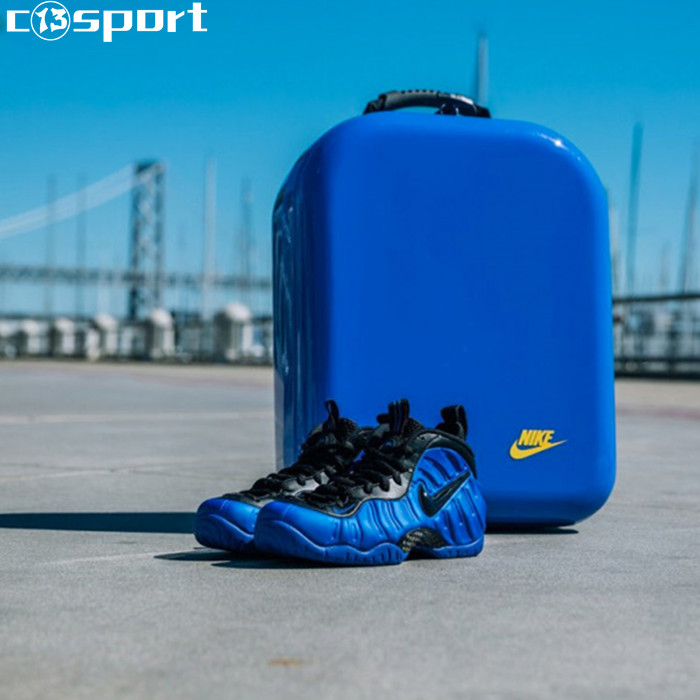 The Nike Air Foamposite Pro Hyper Cobalt was inspired by Ben Gordon’s PE pair. Drafted third overall in 2004 by the Chicago Bulls, Ben Gordon was the first rookie to win the sixth man of the year award. Nike quickly signed him and produced a pair of Air Foamposite Pro

designed exclusively for Ben. The 2016 edition of the Nike Air Foamposite Pro hyper Cobalt features a blue based upper with detailing of black on the eyestay , and Nike swoosh logo  . The main difference between this pair and the early 2000 model is the blue outsole. Other features of these shoes include:

The Foamposite in general are built like a German tank: they are  durable, sturdy and can last you a lifetime. The shells on the side toe box are equipped with a technology that is supposed to mold to your foot with time.

They tend to be narrow near the midfoot area, it might take a while to break them in. The cushion system is not the greatest with these shoes especially for heavier individuals.