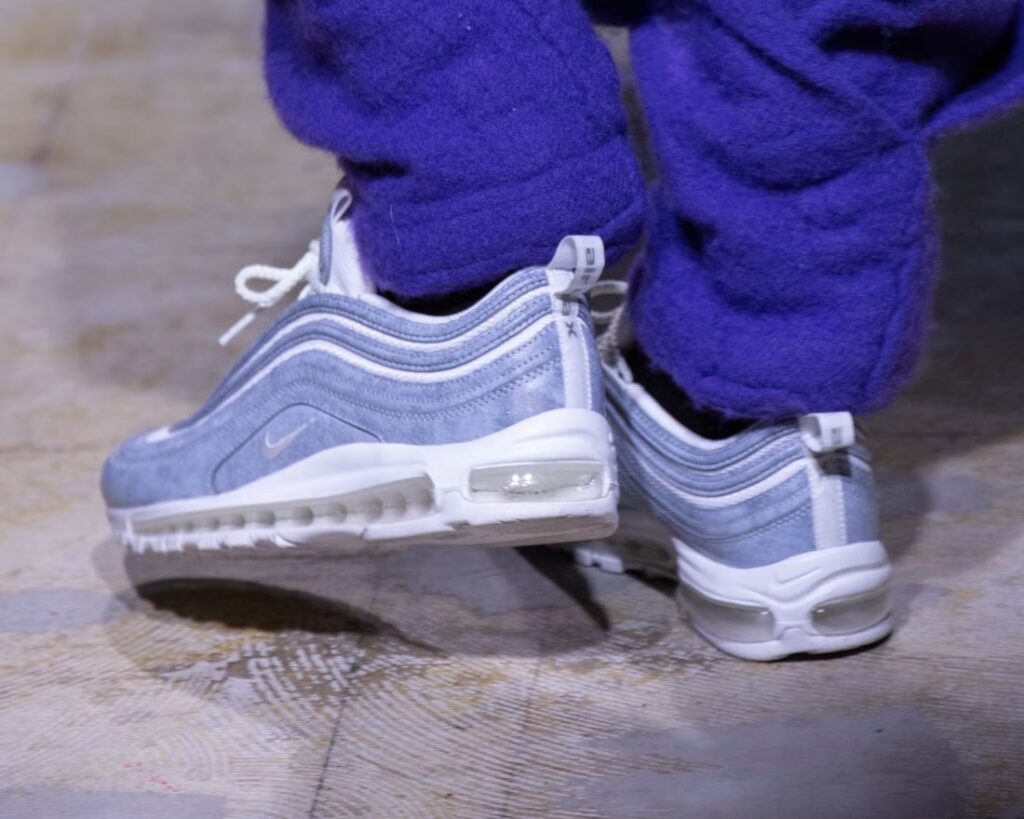 This year, the Air Max 97 celebrates its 25th anniversary. To honor this momentous occasion for one of Nike’s most famous sneakers ever made, Japanese fashion label Comme Des Garcons will release their latest collaboration with Nike, the CDG Nike Air Max 97 . The project was officially introduced during the Comme des Garçons Homme Plus AW2022 fashion show at the CDG headquarters in Tokyo, and will include two separate colorways.

The first pair opts for a Blue/Grey upper atop white soles while the second is all-black with acid wash like detailing throughout to make it stand out from other releases this season. Both  pairs feature patent- like panel and tongue overlays and many other  similarities such as leather upper & lining construction. No word yet on when they’ll drop but expect them soon since reports indicate that there’s only been one release per month so far which means we could see more coming up soon enough. Below You’ll find images of the shoes courtesy of CDG. 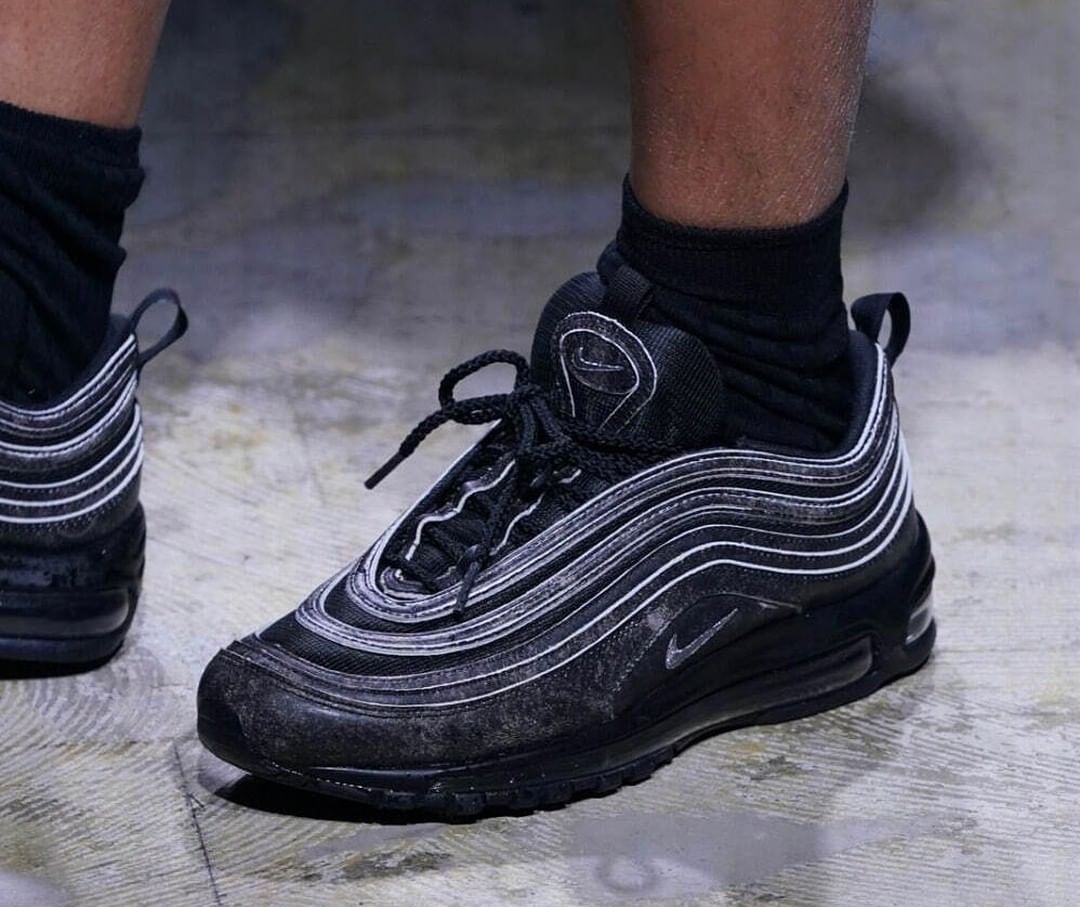