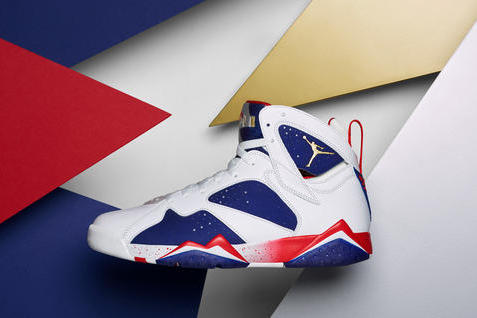 The Air Jordan 7 Olympic Tinker Alternate is set to release on Aug 4th. They were inspired by the original 1992 model  MJ wore during the Olympics  as a member of the legendary USA Dream Team. Tinker Hatfield modified the original colorway  to create this Air Jordan 7 Olympic Alternate to the 1992 version.They are dressed in  a white upper with a metallic gold Jumpman; written in gold stitching as well  is the classic “Air Jordan” that appears on the tongue . This alternate colorway  also features deep royal blue on the upper and fire red detailing and speckles along the midsole .To be honest , I know i may sound like a grumpy old man but I like the 1992/2004 version better. The only change I like in this alternate model is the back with the number 9 on the tab engulfed in the USA flag.

Check the release date details below for online retailers that will be carrying these Air Jordan 7 Olympic Alternate.

I have also included side by side pictures of the 1992 and 2016 version, let me know which version you like the best. 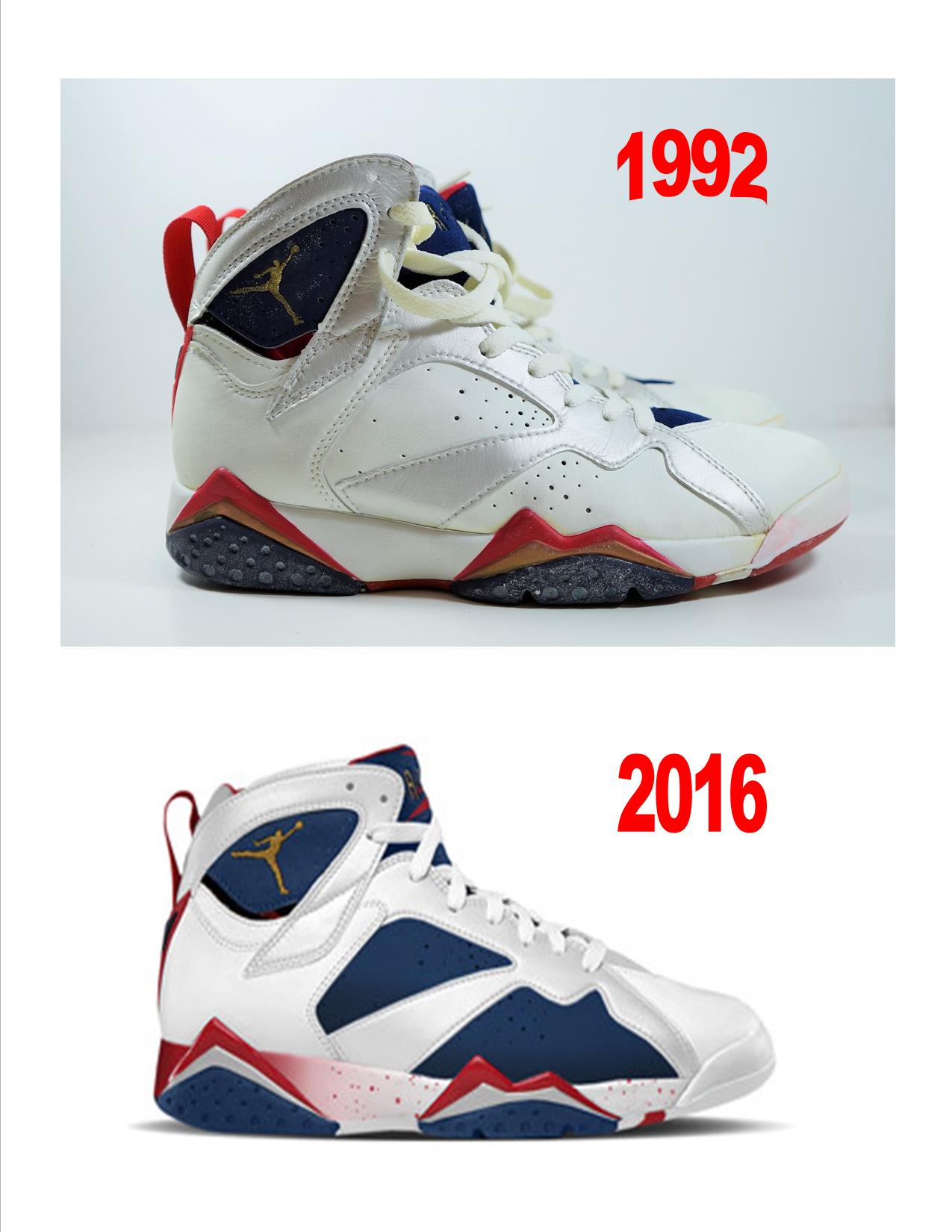 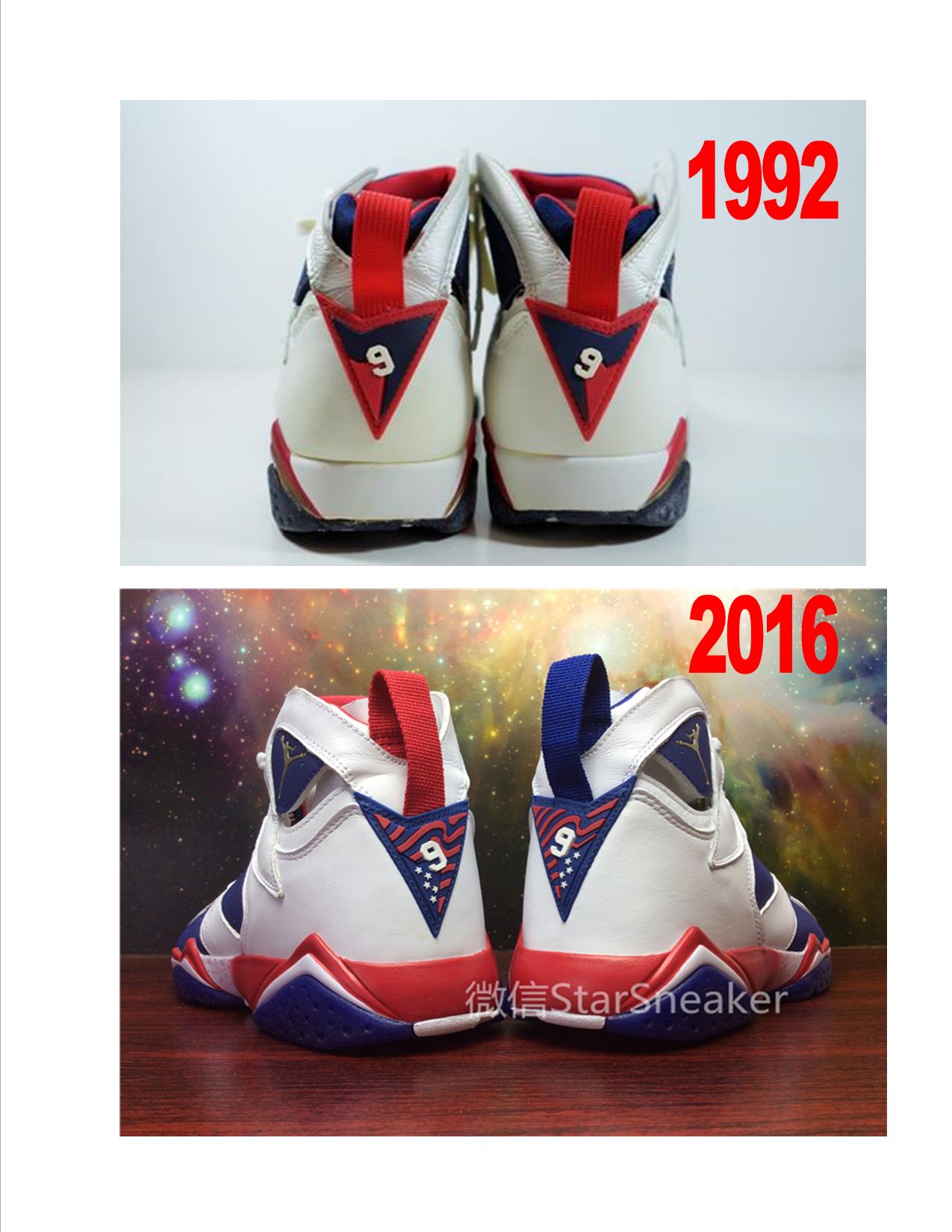 They are also available on eBay , see listings below