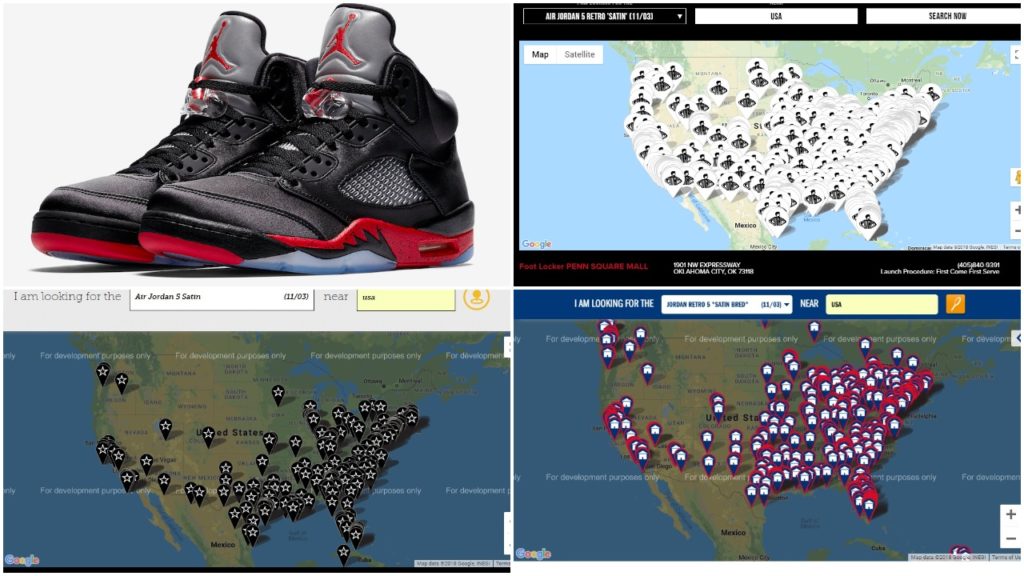 The Air Jordan 5 Satin Black Red is going to release on Saturday November the 3rd; one week after the Platinum 11’s dropped.  I stopped by my local mall on my way back from my job and Footlocker, Champs, DTLR, and Finish Line still had the 11’s sitting on their shelves. It shouldn’t be a surprise since the shoes did horrible online where most transactions are taking place. A quick glance at Footlocker, Footaction and Champs release locator shows how flooded the market will be with the Satin 5’s but I’ll still go ahead and come up with a believable estimate for the number of pairs produced. All major retailers and most minor retailers are getting the shoes by the way. With that said, let’s consider the following assumptions:

And now the Grand total is based on our earlier assumptions: 58203 x4=232092 and I think there might be actually more pairs produced than I’ve projected.

I usually write about the market value once I come up with the estimate but today I want to confirm what has been said about the shift that is occurring in the sneaker market when it comes to general release shoes.

The screenshot above basically sums up why retailers are up against a GOLIATH when it comes to GR shoes. The seller has the shoes on hand (he indicated that he is shipping them now). He is only selling them for $210 ( basically for retail so the shoe has no resale value) and from the screenshot we can see that he sold about 51 pairs so far. I already told you that most FTL are going to receive about 24 pairs on average. This seller alone has sold more than what two footlocker stores combined would sell…and that is just one seller that I singled out, mind you there are several sellers like him on eBay clearing out their inventory before Saturday ( official release date). How in the world can retailers ( major or minor) compete with this? This is why shoes like the Air Jordan 11 Platinum are still available for sale on most retailers’ sites and stores. 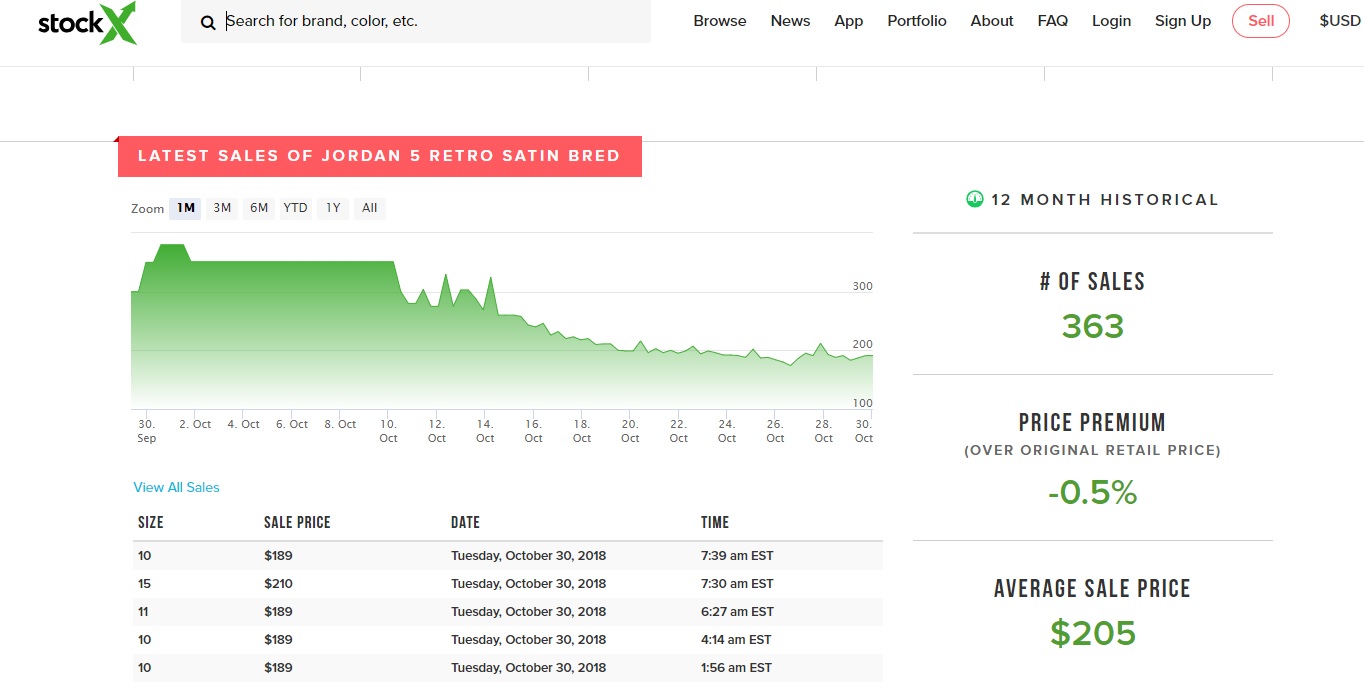 StockX has recorded about 363 sales at an average price of $205. Someone will argue with me and say that,

What folks don’t understand is that the resale market influences sales of the retail market. Now that people know that the shoes have no resale value, they aren’t going to rush out on Saturday to make that purchase. They’ll wait till the sneakers eventually go on sale (because they definitely will go on sale) prior to making their purchase. I hope retailers understand what they are up against. I actually talked about it in a previous post, see link below.

WHERE TO BUY THE AIR JORDAN 5 SATIN

You can also buy them on eBay now from our featured sellers, refer to the listings below