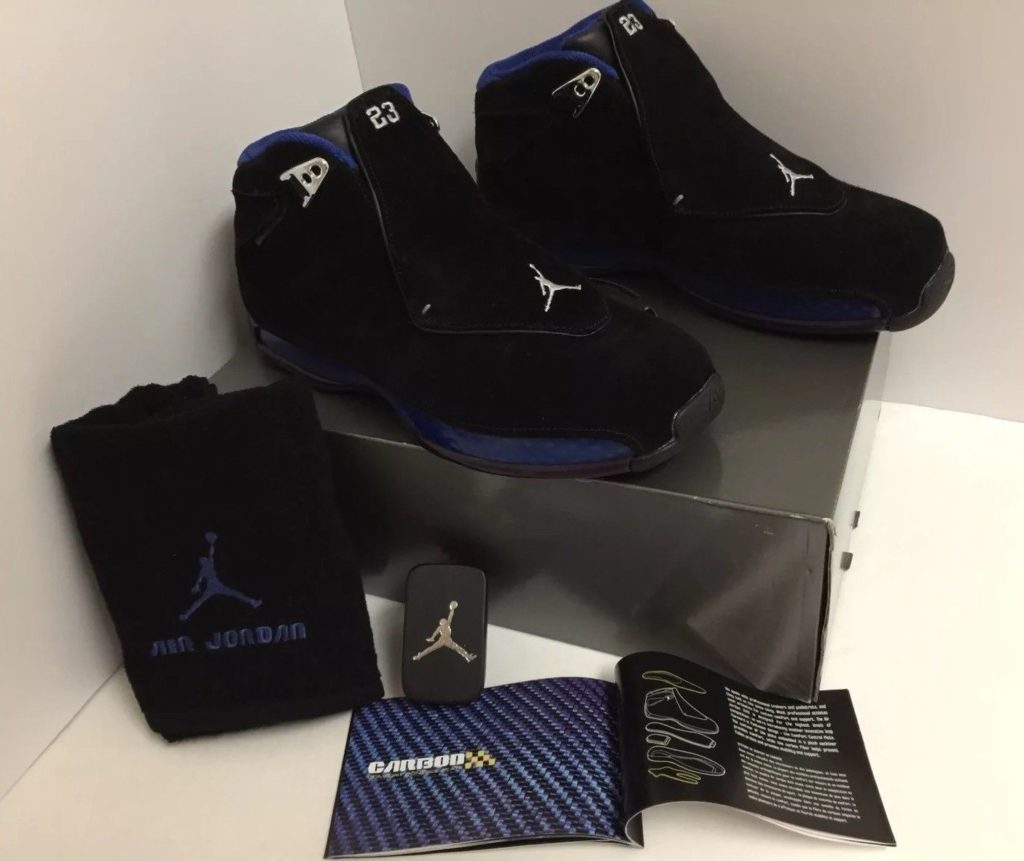 The Air Jordan 18 XVIII Black Royal was my go to shoes between 2003 and 2004. I owned three pairs of these beauties and destroyed each one of them. I wore the heck out of them because I love them that much. I wrote a post several months ago inviting Jordan Brand to bring back certain models and the black royal 18 was one of them, refer to post below

Brands have to keep it simple, shoes with an overall black upper will always be welcome with open arms. I haven’t personally purchased any Jordan retros for some time now but when I say I’ll buy three pairs of the Black Royal 18’s , I literally mean it.  Originally released in 2003, they were  one of the first Jordan signature shoes with a futuristic aesthetic. They were primarily built for performance and were inspired by racing cars. They featured a premium suede upper with a carbon fiber base and full length zoom units for cushioning. The heel area was equipped with windows for ventilation purposes. They came with a set of useful accessories: slide out box, towel, a booklet and a brush to keep the suede clean.  They were priced at $175 but I’m sure the 2018 pair will probably cost about $225 just like the Wizards 18’s that dropped a few months ago. I don’t think these will be limited like the White/royal edition, why? Just like the Black Cement 3, people have affinity for the Black Royal 18 and Nike knows that so it makes perfect sense for the brand to make a substantial amount of pairs- Edit To Amplify at its best.