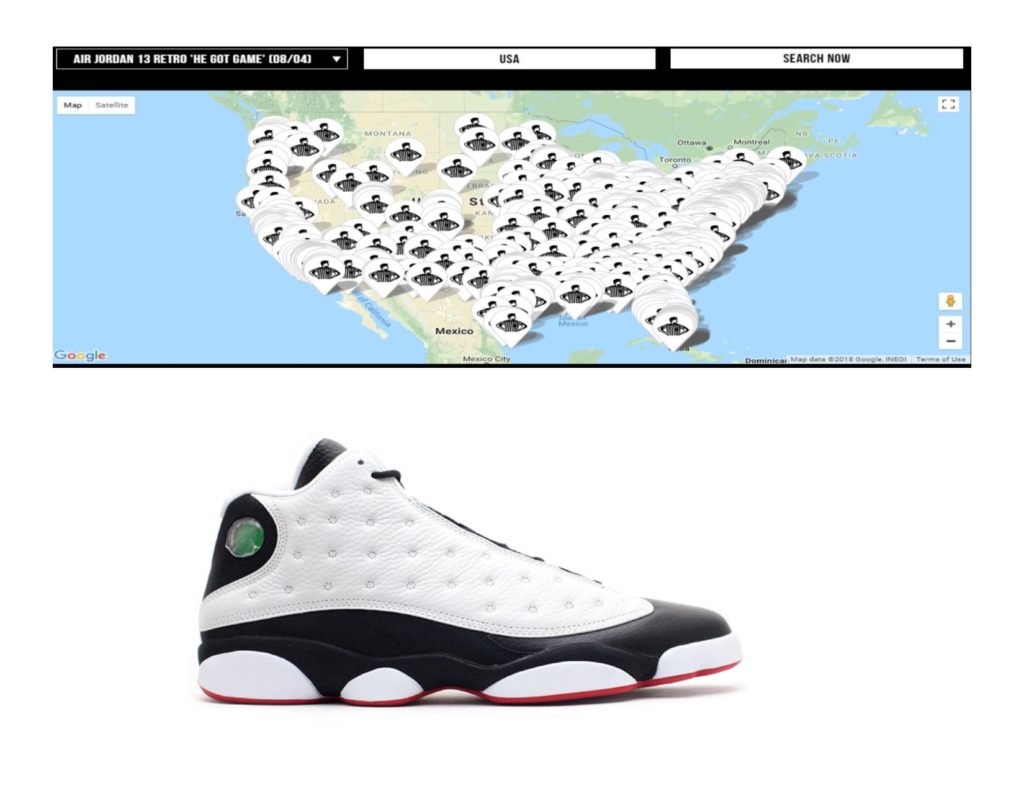 I wrote a post several weeks ago in which I said that the Air Jordan 13 He Got Game would be easy to get, see link below

I don’t want to repeat the reasons why I believe the shoes would be easy to get ( I’ll let you read the post above). What i’ll do this morning is give you a rough estimate on the number of pairs of the shoes produced. I’ll make several assumptions to come up with a decent estimate.

–Footlocker & its derivatives ( receive about 1/4 of the entire inventory)

There about 1015 footlocker stores, 272 Footactions and 574 Champs within the USA. If we assume that each location received about 12 pairs, then our total:

I hope you realized how conservative I was with my numbers; Nike has been all about the Edit To Amplify ( basically give the people what they want). I think most stores will get about 18 to 36 pairs and House Of Hoops locations might even get between 70 to 100 pairs so I’ll invite you guys to change the 12 to 36 and run the same numbers above and come up with your own estimate. If you were to use 36 instead of 12, you’d come up with roughly 400,000 pairs ( and I won’t be surprised if this is how many Jordan Brand produced given the launch locator below).

Air Jordan 13 He Got Game

What does the inflation say? Are you paying more than you’re supposed to?

The last time the Jordan 13 He Got Game released was in the month of March of 2013. It retailed then for $170. According to the CPI inflation calculator, the shoe ought to be priced at $184.03, basically $6 less than what you’re paying now so the $190 price tag is fair enough.

You can also buy the shoes now on eBay from our featured Sellers, see listings below