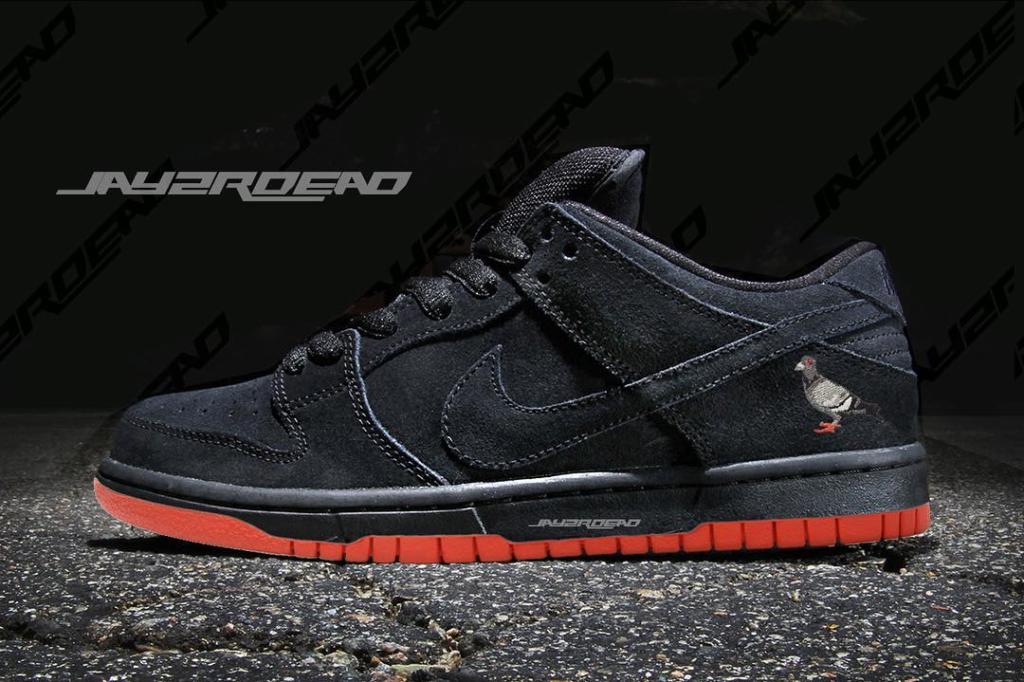 The original Nike Dunk SB Low Pigeon was first introduced in 2005 and only came in very limited numbers, I believe only 150 pairs were produced worldwide and the shoes retailed for $200. Nike has been on a mission to revive a dying SB line that was once glorious; so far all the classics that have been brought back have received a lukewarm response because they were slightly altered ( they were either brought back with a different color scheme or in a high top format). I think Nike did a disservice to the SB line when the shoes became a mainstream commodity. They were originally intended for skaters who are very protective of their sport and the tradition behind it. And as the SB became more popular, skaters felt violated, greed and hype became synonymous with the Nike SB and then came the decline.

Scarcity and Jeffstaple’s iconic Pigeon logo is what made the 2005 Nike SB Low pigeon famous. The shoes featured a grey, white upper with orange accents in keeping with the pigeon logo. Bringing them back in an all black suede leather upper with the Pigeon on the heel lacks in creativity and looks more like a cheap replica. Nike has been preaching the Edit To Amplify campaign and this project certainly doesn’t parallel it. Will the shoes sell out? I bet they will only if they are made in limited numbers which will probably be the case. Do I think they look great? Absolutely not, the pigeon logo looks out of the place on the shoes. I think the best thing would have been to bring them back as a high top model in the same grey, white and orange color combination. They are supposedly releasing in the second week of November, stay tuned for further updates and let me know what your thoughts are on the black model. 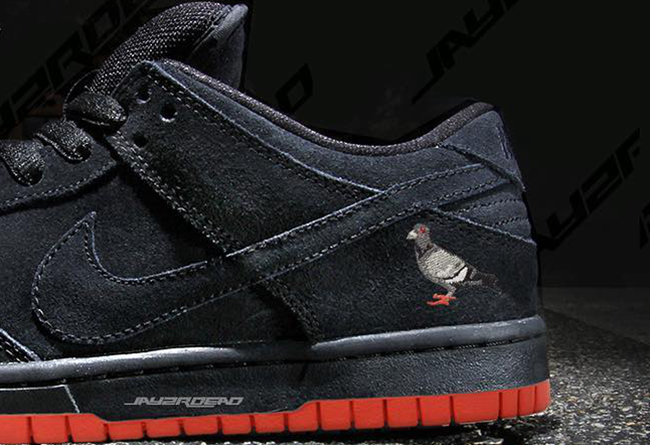 I don’t understand releasing a black colorway. They won’t do anything unless they are super limited like you said.