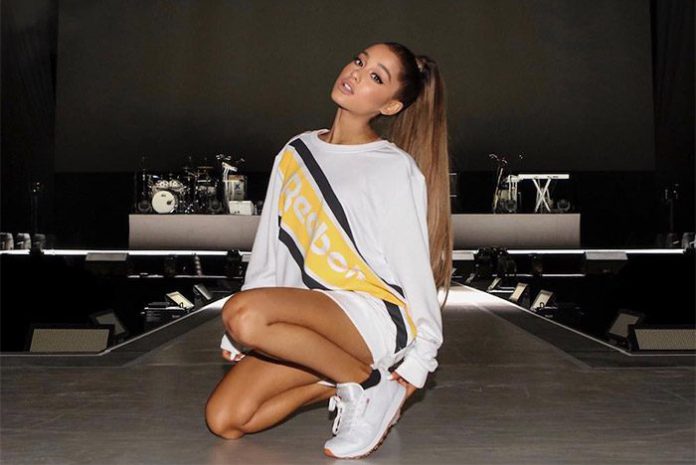 I had no idea who Ariana Grande was till this morning. That tells a lot about my age and how out of touch I am with the current state of the entertainment/music industry. What I was interested in the most was finding out what led Reebok to sign another non- athlete? The brand already has a bunch of inconsequential entertainers under its belt but apparently Ariana Grande seems to have an X factor that the others lack. Let me start off with saying that she is 25 and has over 113 millions IG followers- that’s by far the biggest selling point. Let me also add that 60% of her followers are 25 and under. Apparently she is very transparent and authentic and has a clean image- another great selling point. Just listen to what she said in a recent interview and I’ll draw my final conclusions after that,

Like Reebok, I fiercely stand for those who express themselves, celebrate their individuality and push boundaries. I’m an advocate for people accepting themselves for who they are. Reebok’s message of enabling and encouraging self-belief and self-betterment is something I fundamentally live by. I’m honored to partner with a brand whose mission is to inspire people to be the best possible version of themselves

Does what she say sound like what a 25 year old and under wants to hear? Well, you don’t have to be an Isaac Newton to answer this question. Brands are finally realizing that to reach today’s consumers, they have to be part of the consumers’ every day life. And to do that, they constantly have to find ways to close any possible gaps that exist. And in this case Ariana might be a way to close that gap for Reebok. Although her followers might not achieve the kind of success she has, they can identify with the idea of expressing themselves, celebrating their individuality by pushing boundaries. This is the kind of things the current consumer ( 25 and under) wants to be part of. Just look around the world, and see what is taking place- dictatorial regimes are falling off because individuals are taking a stand. All I’m saying is that for brands to thrive in this current market, all gaps have to be closed. Is signing Ariana Grande a great move or not? I’ll say yes by just looking at what Kanye West has meant for Adidas even though some may disagree that his effect can’t be quantified. But only time will tell if Ariana will have a similar effect. Stay tuned for further updates.