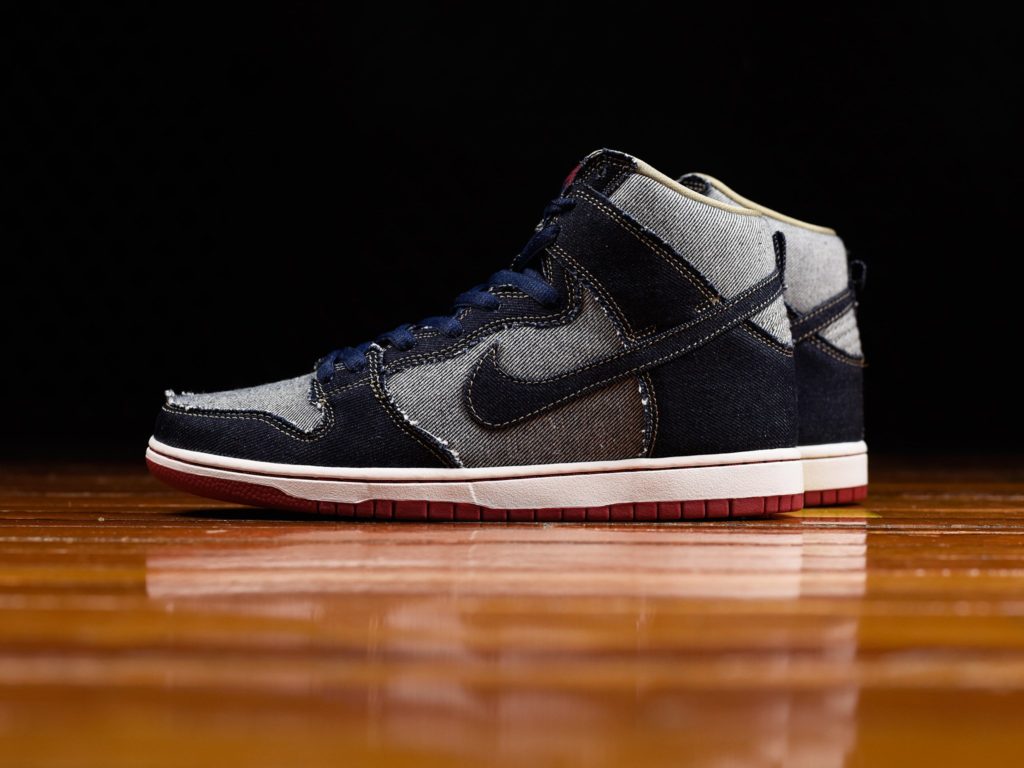 I had no idea Reese Forbes was from Gaithersburg, MD where I reside; that should tell you a bit more about my cluelessness about the Nike SB Dunk High Denim Reese Forbes QS. My good friend Kevin Ziminsky is a “SB” connoisseur” and I’m sure he knows all about these- his Nike SB collection is unmatched.

From what I’ve gathered, the very first denim on denim SB was introduced in the early 2000’s ( the golden era of the SB’s) and was highly coveted. Nike has been on a mission to revive the Sb line since the end of 2016- we’ve seen the return of the silver, pink and purple box. And now the Denim Sb is making its return ; the shoes come in a two tone denim upper with fraying ends girdling the side panels and toe box. A large Nike swoosh logo occupies both lateral & medial sides and additional Nike branding are featured in red on the outside of the tongue.

The shoes also feature a padded heel collar and tongue for a comfortable fit and they also include a full length foam midsole with Air zoom units at the heel and forefoot.

They are available now on eBay from our featured sellers, see listings below 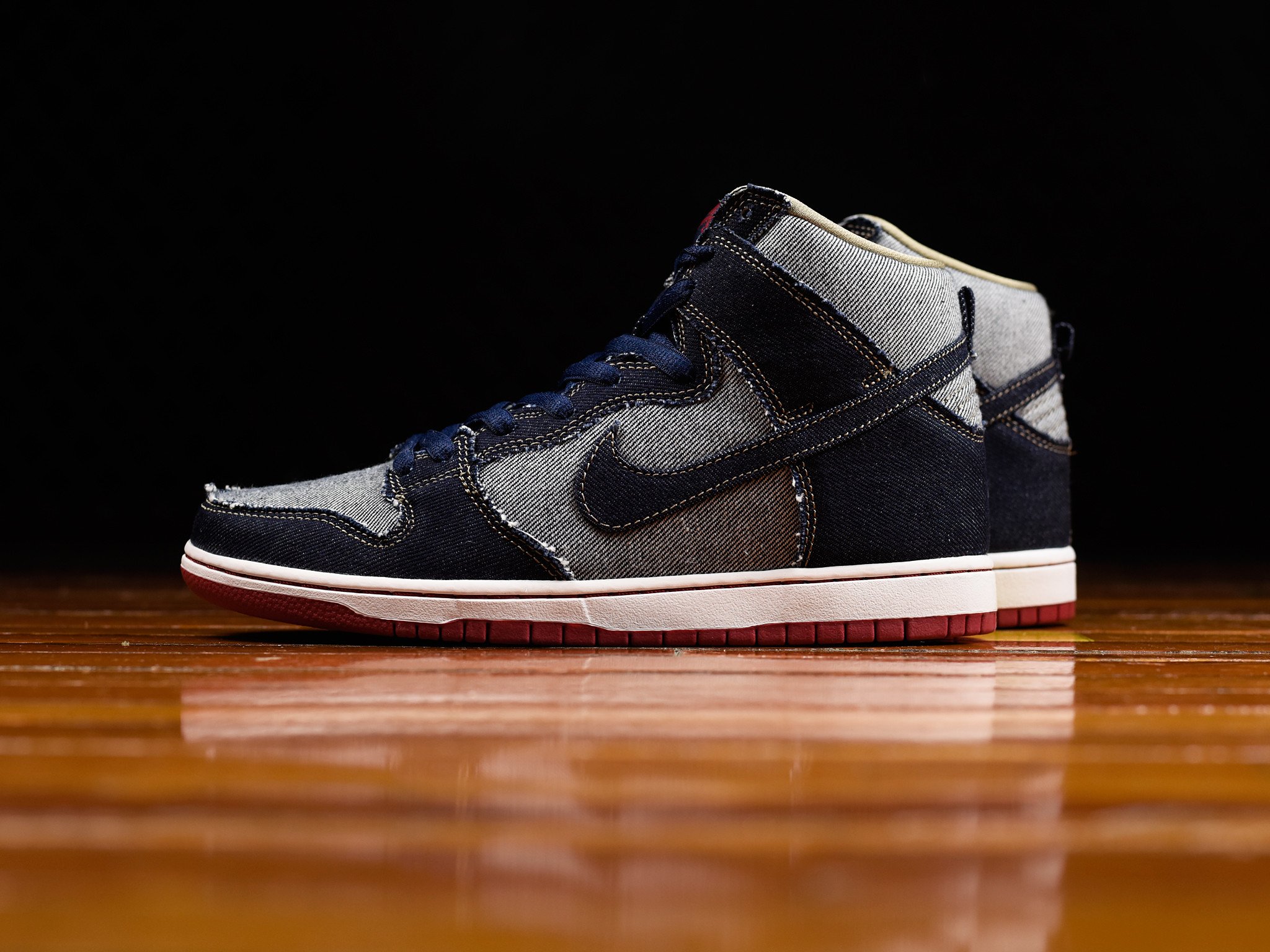