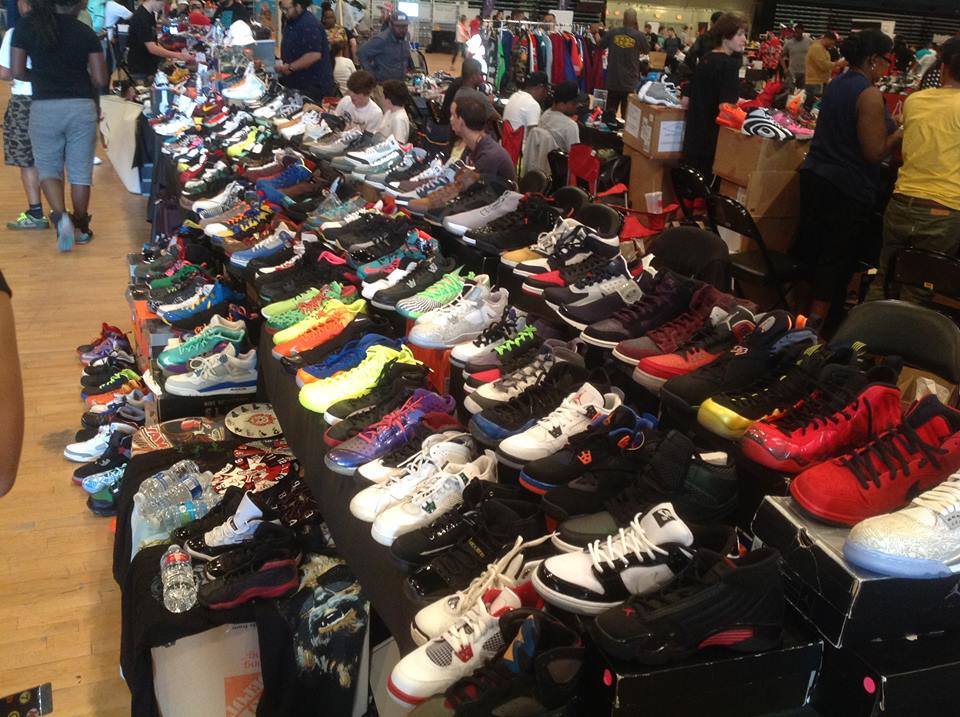 8shares
Most revolutions were birthed with humble beginnings and a genuine heart; after the revolution comes the era of prosperity. And it’s usually in the time of prosperity that trouble begins and soon after, everything collapses. The sneaker reselling industry was once ruled by only a few renown shops; at the time flightclub was the only name most folks knew. There were still places like Niketalk, Sole collector where individuals could sell their personal sneakers. Notice I used the word “personal” because at the time, guys were only doing away with  a handful of sneakers, mostly because they were too small, they were extras or one wanted some quick cash for an immediate impending need. It wasn’t an organized business as it is today. Most guys in these communities knew each other and the tightness of the communities called for a certain brotherhood that led guys to ” throw alley oops” to one another. Ebay also had its share of renown sellers i.e thecoolshoeshine

to name a few. But suddenly, greed started settling in and many saw how valuable sneakers were. And I don’t exclude myself from the bunch because I also realized there was money to be made in “FLIPPING KICKS”. IN 2009, everything blew up and the market became flooded with resellers. Even in 2009, we respected each other; we all met at BUY/SELL/TRADE sneaker conventions and there was mutual respect, we didn’t cross certain boundaries and everyone prospered. Reselling sneakers wasn’t just about making money but it also meant: finding that guy the shoes he wanted so bad, establishing solid connections with others who shared our interest in sneakers. Basically it involved everything that was sneaker related, it wasn’t just about making MONEY. But when the Air Jordan 11 concord came in the picture, everything changed; there was a new breed of resellers that emerged; they are mostly driven by greed, internet fame and notoriety and this is just another money making scheme for them.
And because of the current situation, many OG’s in the game have also been tainted. I was having a conversation with a few reseller colleagues of mine and I asked them how can any reseller survive in this market we’re in now. And here is the unanimous response I received,

This ain’t a game, it’s kill or be killed

And that made me think about the game of thrones. Literally the modern day resellers are here to take each other out . It has become ruthless and guys that were once friends are now foes. Everyone wants to be on top of the food chain and as a result there has been an over saturation of the market that has caused the smaller resellers to fall off the radar. Even on the major scale, there is a market saturation; just think about the number of sneaker marketplaces that have surfaced in the past 5 years: Kixify, Slang, GOAT, StockX, Amazon, Ebay.  They are all battling each other to remain relevant. I said it before and I’ll say it again, this is now a buyer’s market so take advantage of it.

With that said, how can a Reseller thrive or survive in this type of market? I’ll tell you vaguely some of the things you can do to save your boat from sinking:
1. High end shoes will no longer give you any breathing room for any profit
2.Diversify( I will not elaborate on this)