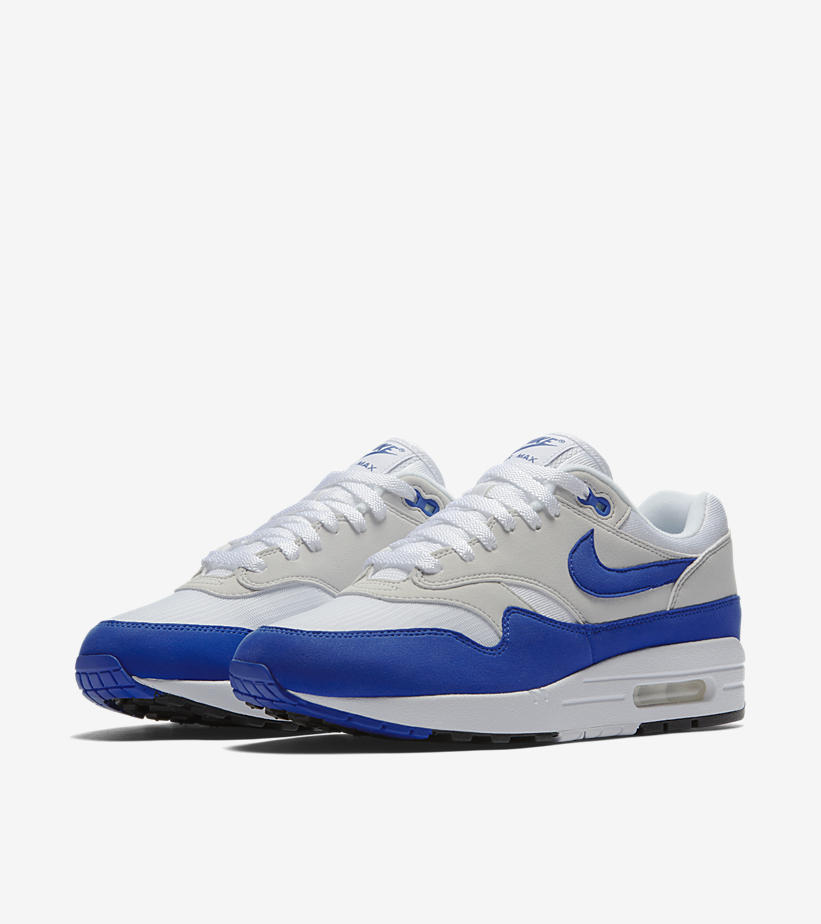 The Game Royal OG Nike Air Max 1 were originally introduced in the late 80’s; they were designed by Nike’s great Tinker Hatfield. They were the very first shoes with visible heel air units and became an instant classic. Over the past three decades , the AM1 has received so many makeovers in attempt to suit the customers’ needs for comfort and style. But with constant aesthetic upgrades, the once beloved AM1 1987 silhouette was no longer recognizable. So to celebrate its 30 year anniversary, the game royal AM1 will return in its OG silhouette. 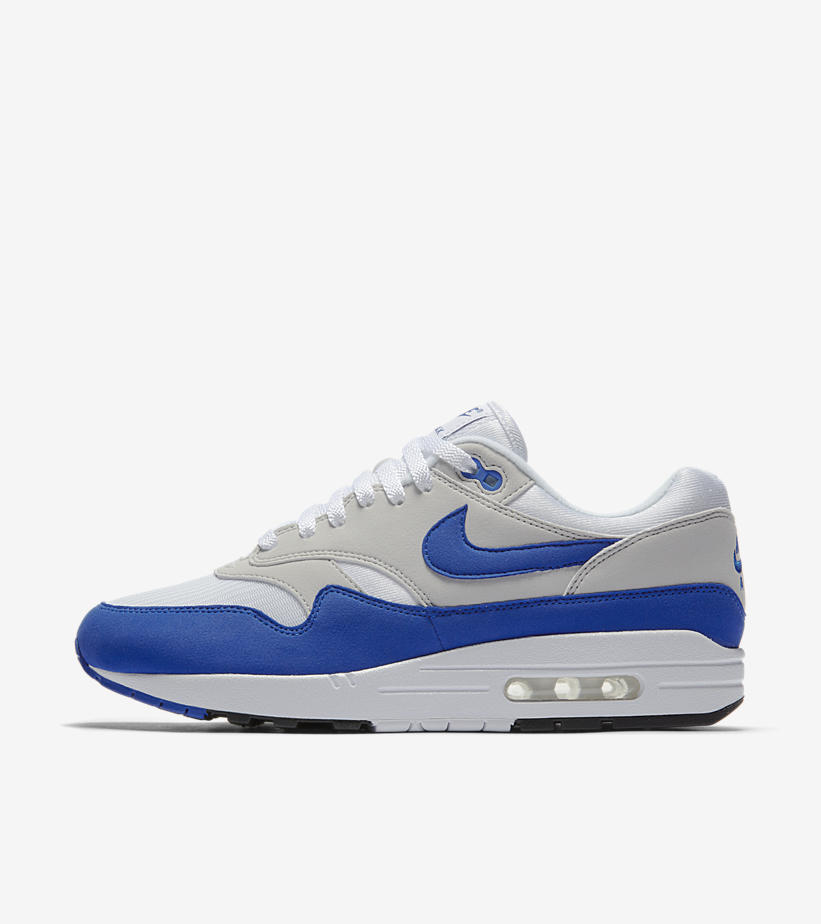 The shoes will come in a white and game royal color combination in keeping with its OG colorway; they feature a faux suede upper with breathable mesh underlays, and a durabuck overlays on the mudguard. Nike branding will hit the side panels in the usual Swoosh logo; additional Nike logos are featured on the tongue and the heel counter. You can’t talk about an Air Max 1 without the visible air units specifically added for cushioning purposes. The shoes are also equipped with a  phylon midsole and durable rubber outsole to keep you active for the Spring season.

You can also buy them now from ebay via our featured sellers, see listings below 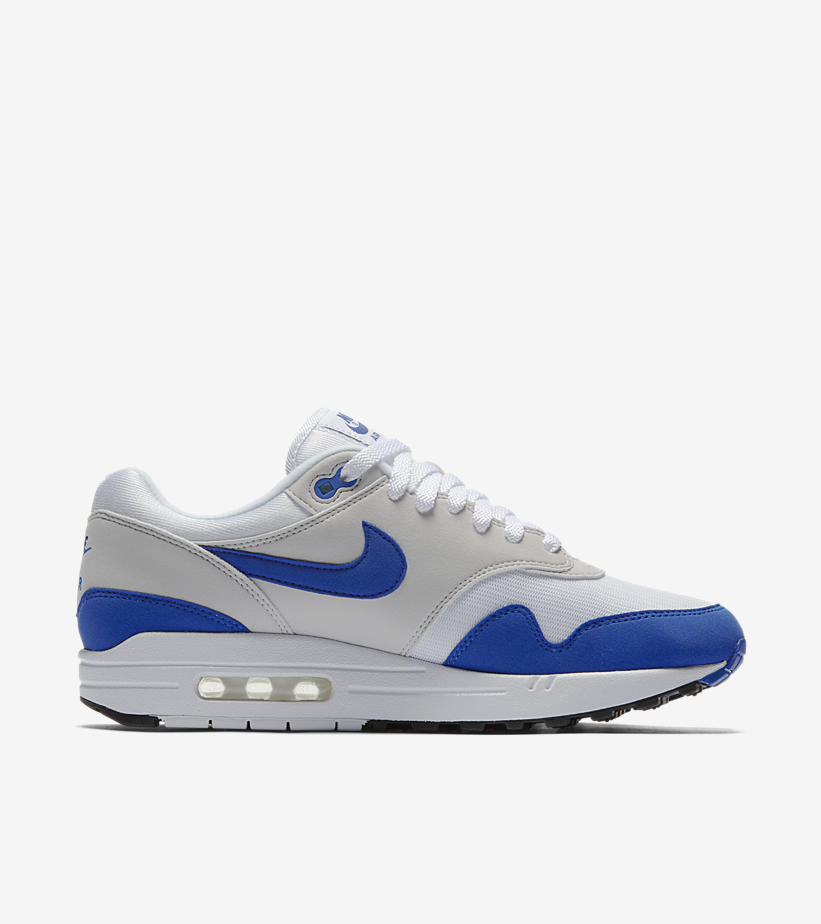 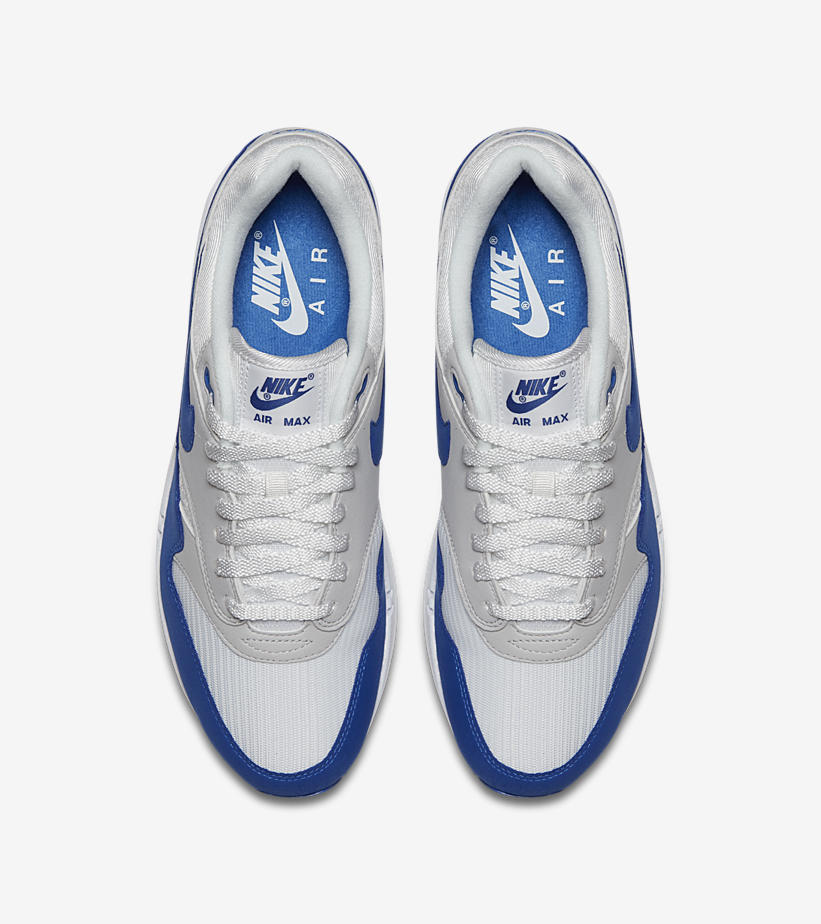 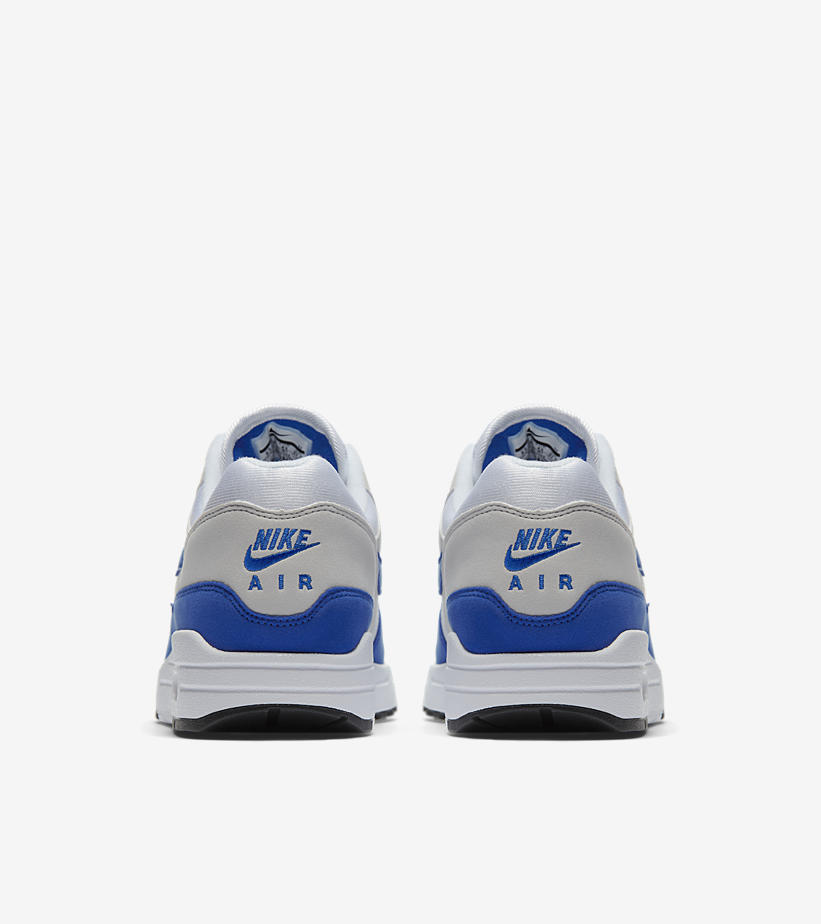 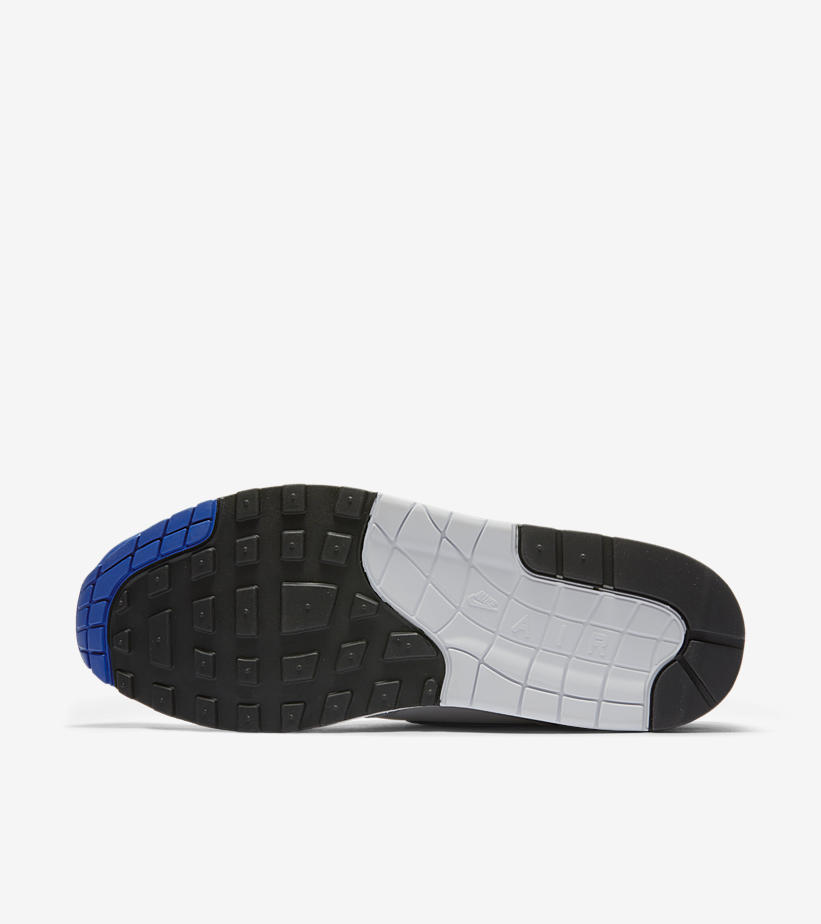