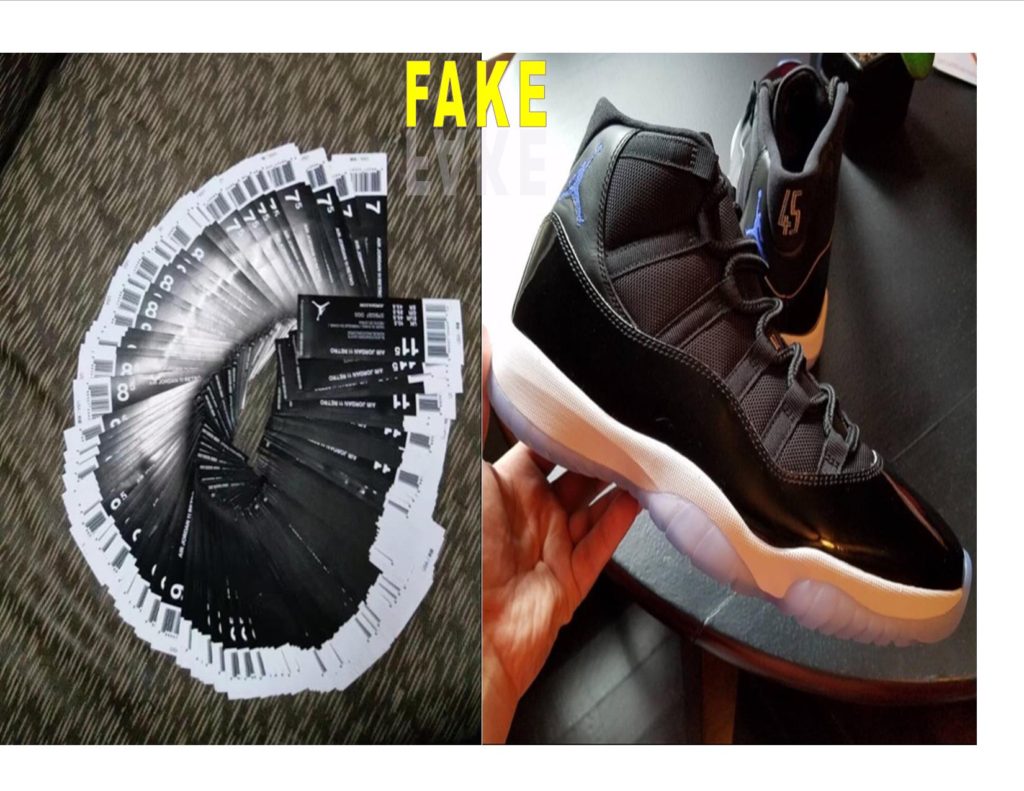 The Air Jordan 11 Space Jam probably is without question the most anticipated shoe of the holiday season. The space jam were originally dropped in 2000, then brought back again in 2009; however this new edition will be slightly altered. The shoe will sport the number 45 on the heel in keeping with  MJ’s alternate number after returning from retirement late in the ’94-’95 NBA season. I was looking for a pair of space jam on ebay, and to my surprise there were several sellers with early pairs on hands already. Most of them will tell you they have “plugs” or “connects” inside of Nike production factories etc.. I am not saying this is impossible but let’s be honest, most of these early shoes are high grade fake replicas manufactured in shady pirate sweatshops. I have no problems with people wearing replicas but the consequences of piracy are far reaching; for example, Amazon has just brand gated many pairs of Air Jordans, Nikes and Adidas sneakers on their platform  to combat counterfeits. Consequently, honest and legitimate third party shops can no longer sell those brands unless they have an approved license or permit. Which means, you, as a buyer will have to pay a ridiculous amount of money for account owners who now have total control of the prices of the sneakers on Amazon. If you don’t think this is affecting you, think again.

All those early Air jordan 11 space Jam on ebay  were probably purchased from Taobao. The seller featured in this article has a stack of box labels in his hands , which is indicative of how these counterfeits are produced ( under the radar in illegitimate shops). We have seen many images of these space jam on sneaker blogs  but until Jordan Brand actually releases official pictures of the shoe and its package , I invite you to stay away from any seller with a full size run in his possession. Take a look at the pictures and avoid them at all cost. 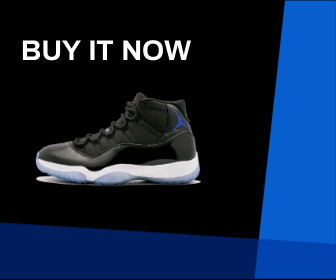