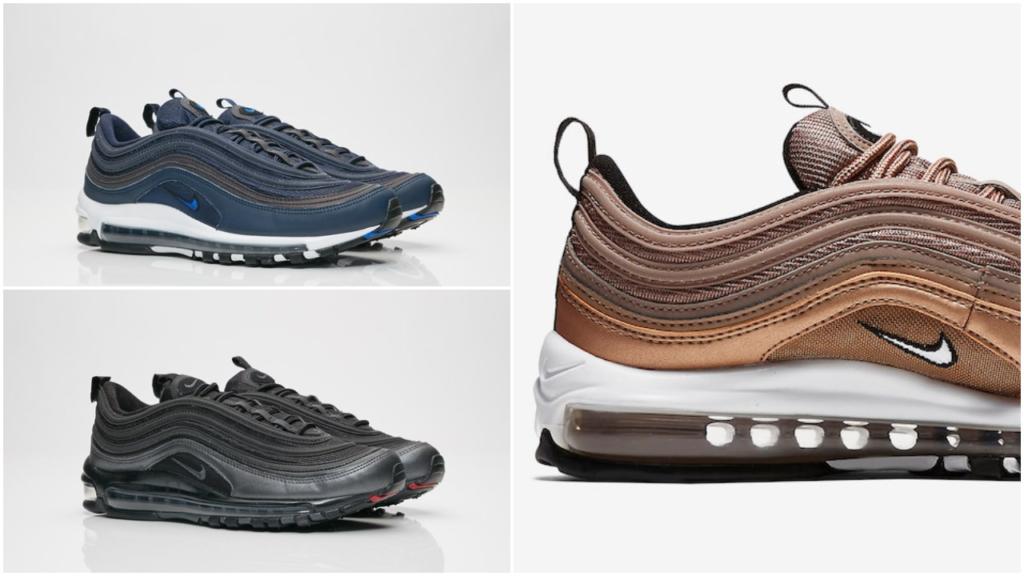 The Nike Air Max 97 made its debut in 1997 and were engineered to mimic Japanese Speed Trains. The primary colorway that dropped was silver and red. The silver bullet returned earlier in April and were highly coveted by many; for those who are still interested in them, you can purchase them on eBay

Coming out on the 17th of January is the  Nike Air Max 97 Eternal Future collection. The pack will include the following three colorways, the full stealth black & anthracite, the burnished bronze, and the atmospheric obsidian blue. They feature a combination of composite leather and breathable mesh materials on the uppers. The lateral and medial panels sport a mid section air vent to keep the foot cool and dry . Nike logos are featured on the sides, the outside of the tongue and the heel panel. The shoes are also equipped with lateral crash pads at the heel for a secure fit. Cushioning definitely won’t be an issue with these- they not only have a PU midsole but they also feature full length visible air units for maximum impact protection.