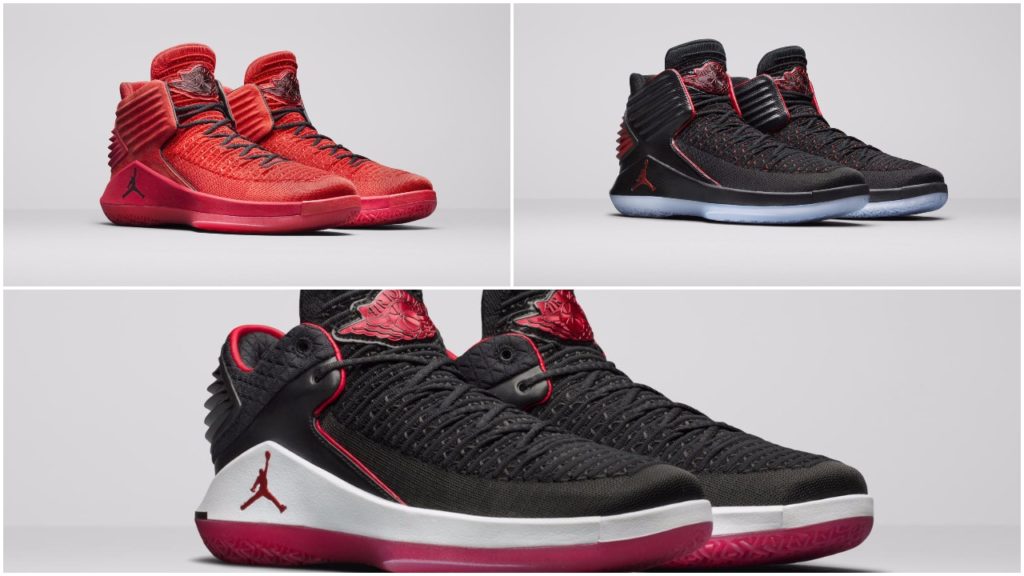 A few days ago, images of the upcoming Jordan XXXII emerged and I wasn’t too thrilled about them until I saw Nike’s own official images. Jordan Brand has gone back to the drawing boards and is focusing primarily on performance as I stated in the article below; and to my shame, I’ll admit that my initial discontent with the aesthetic of the 32 can no longer be justified- the shoes look amazing especially the Triple Red and the low top edition.

Check out Nike’s own narrative of the Jordan XXXII 32 below.

“We’ve always explored new materials and technology to create the best game shoe. That was evident when we went to Italy to make the II, and it still rings true today. On the XXXII, we challenged our designers to push the limits while staying true to the brand’s DNA,” says Michael Jordan. 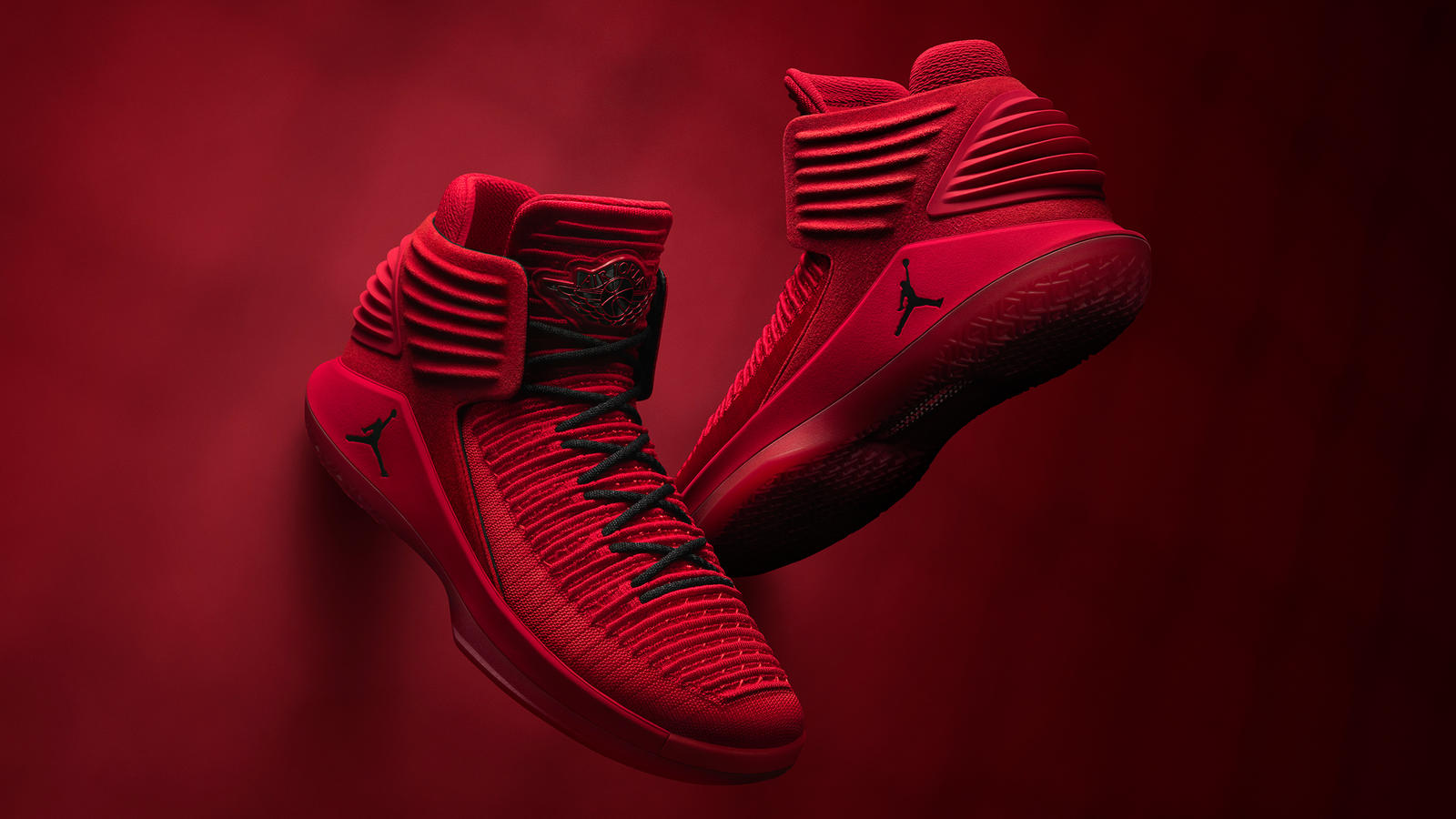 In the history of the Air Jordan lineage, there’s always been a balance between innovation and style.

For instance, the Air Jordan II is as famous for its sophisticated Italian look as it is for its innovative sole unit. The lightweight nubuck and mesh-filled cutouts of the IV displayed swagger, but were chosen more for inherent performance benefit. And the decision to use a patent-leather upper for the XI was a first choice as much for the material’s resiliency as it was for its suit-ready vibe. The list goes on, through the all-new Air Jordan XXXII, a shoe inspired by the essence of the Air Jordan II, but filled with its fair share of more-than-meets-the-eye tech. 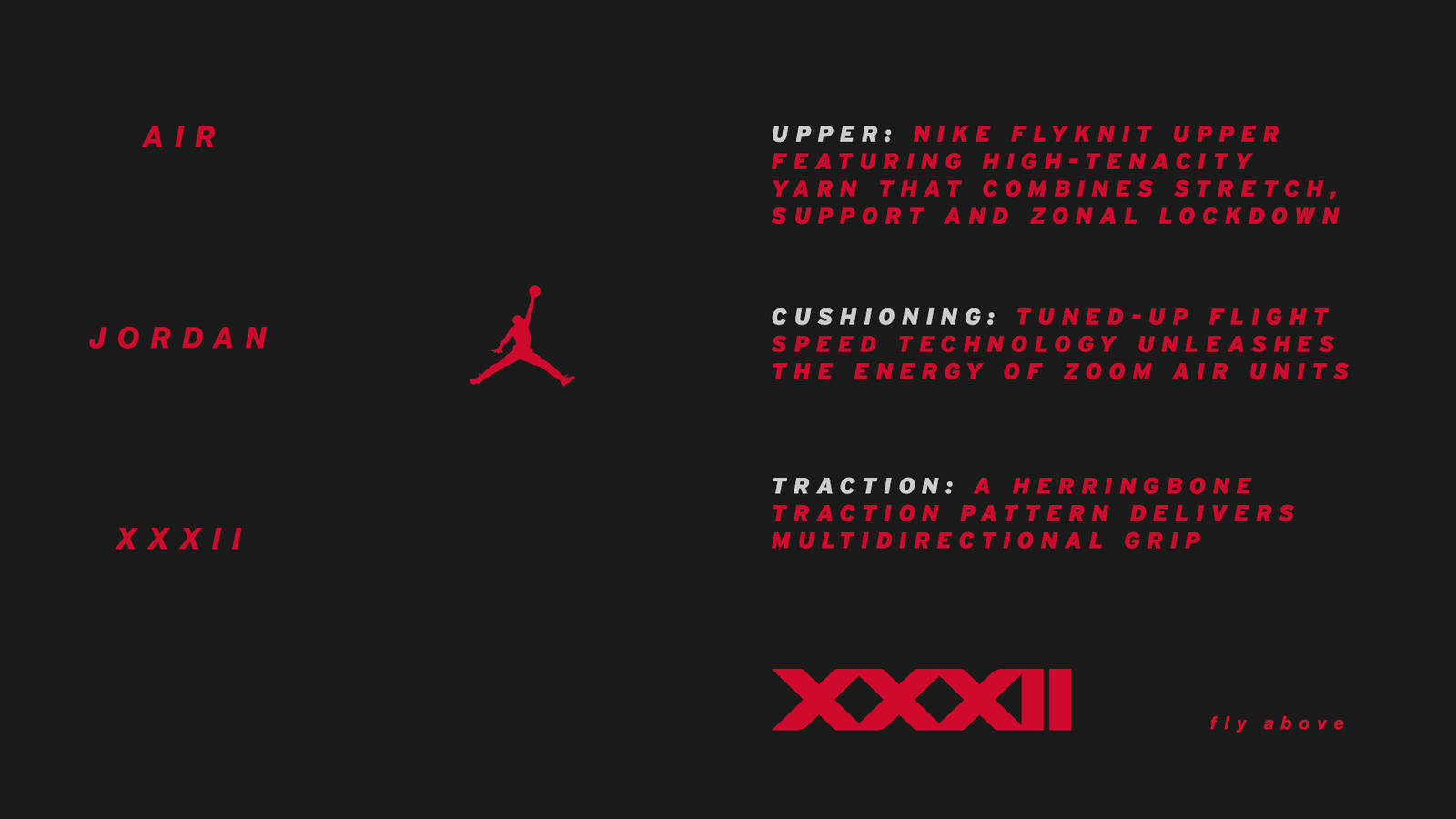 While the Air Jordan II’s luxury leathers, textures and shaping most evidently express craft, what’s underfoot best explains the shoe’s true place in the Jordan evolution. At the time, the sole unit, which relies on a direct-injection PU, required Italian ingenuity — and subsequently brought NIKE, Inc. a step forward in footwear design and engineering. Similarly, the Air Jordan XXXII benefits from a deep Nike mastery in proprietary knits for the first-of-its-kind Flyknit upper with high-tenacity yarn.

With Jordan shoes, we obsess the style in a way that puts many of the performance elements under the hood, so to speak,” explains the XXXII’s designer, Tate Kuerbis. “For example, I wanted to make the laces just disappear into the knit structure, but inside there is a whole harness system with webbing that really locks down your foot.”

Formed with high-tenacity yarns, the Air Jordan XXXII’s Flyknit upper propels a new level of performance and comfort for on-court shoes. More flexible than any previous Jordan upper, the XXXII’s knit structure reduces stiffness at the forefoot and modernizes the moccasin-like toe box of the Jordan II. The digital craft of the knit is balanced by a more traditional application of a molded leather or suede at the heel counter — a feature that underscores a level of sport luxury that’s been tied to Jordan DNA since the II. 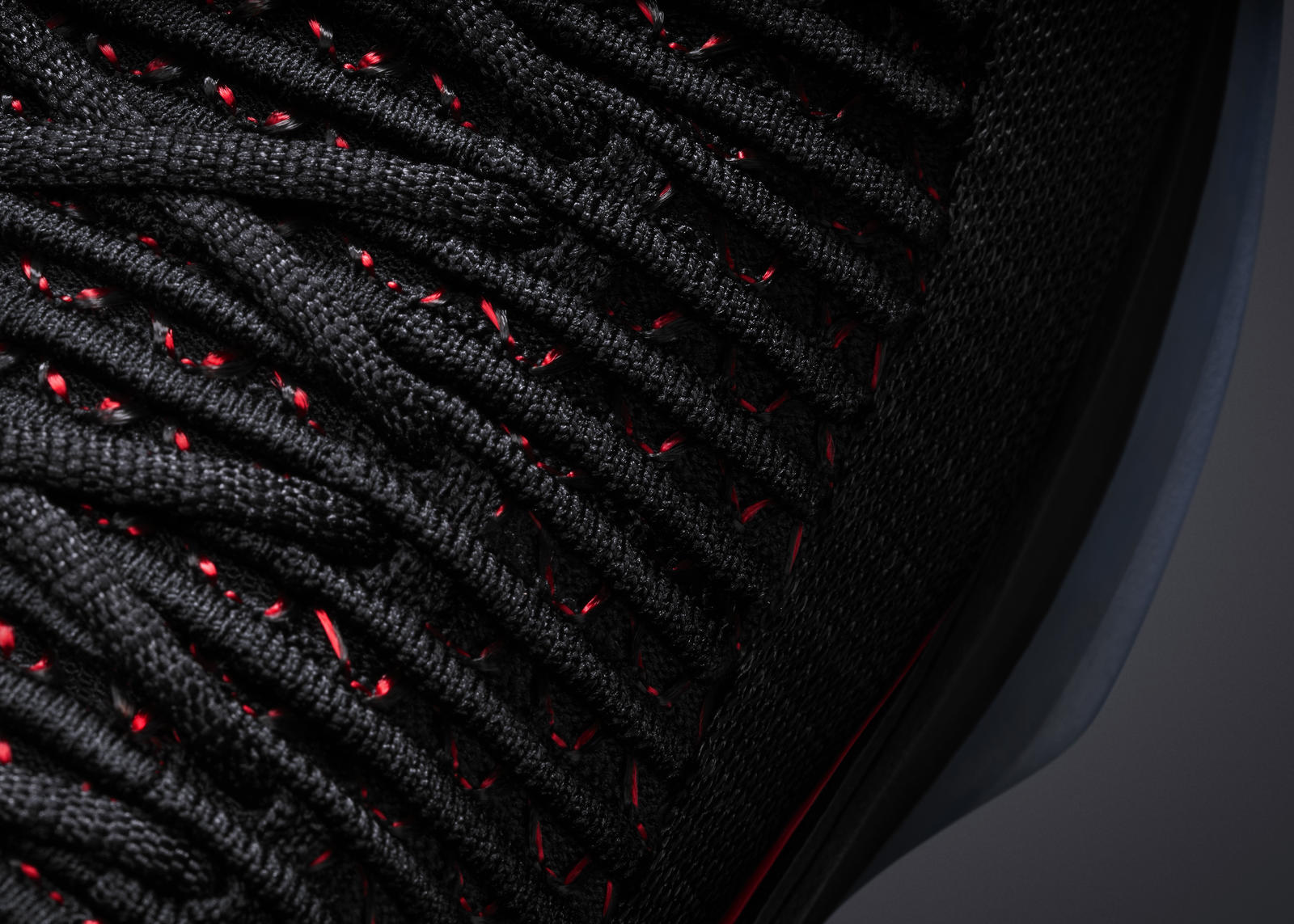 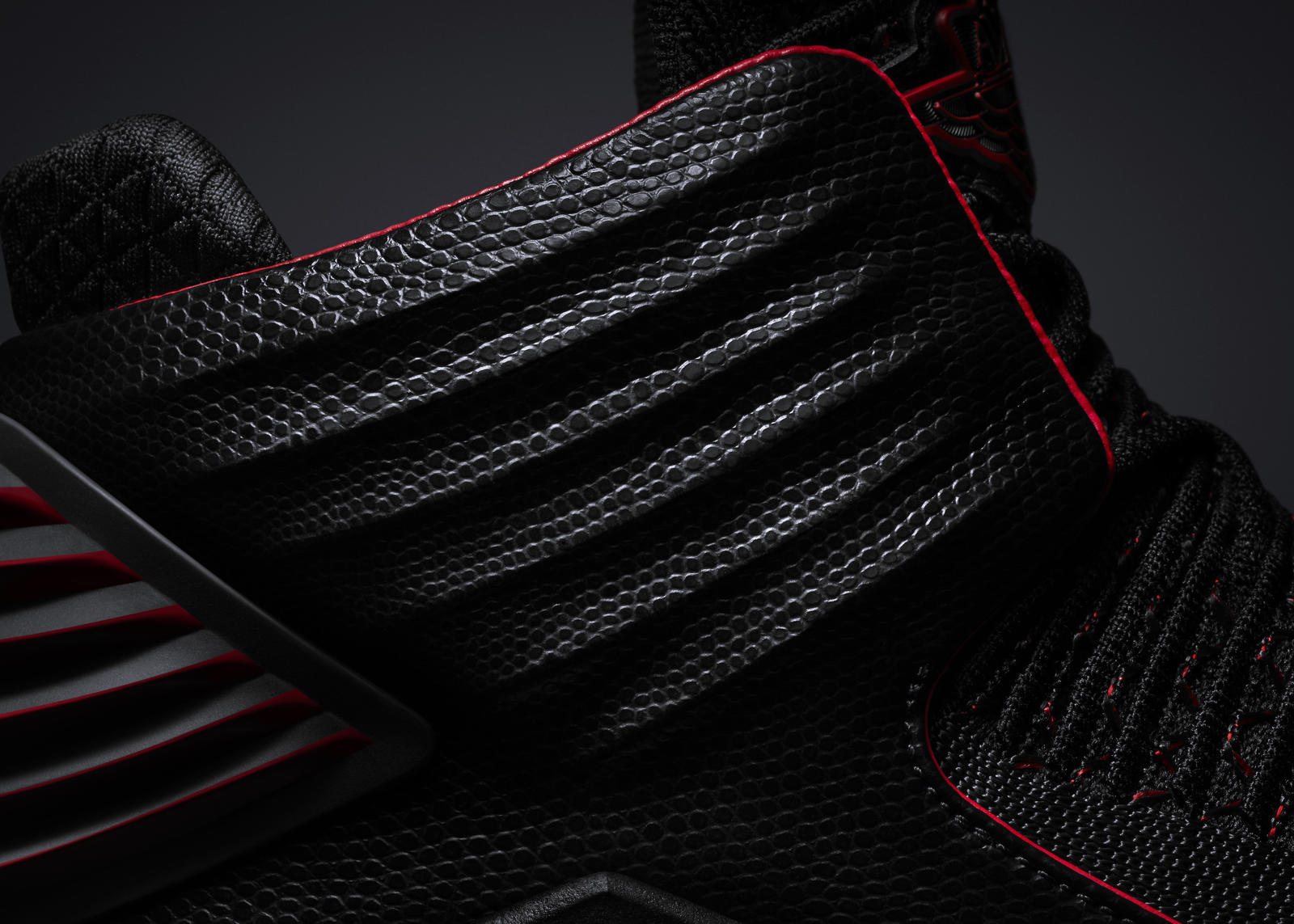 We start with athlete insights at the heart of everything we do,” says Jordan Brand VP of Design David Creech. “We craft every detail from macro to micro, obsessing fit, form and function. Thirty years ago, they obsessed those same details when designing the AJ II, which led to the premium materials and the innovative style of Italy. Our goal with the AJ XXXII was to combine the essence of the AJ II with today’s best innovation to create a distinct design language both on and off the court.”

“The Air Jordan game shoe line has always produced some of my favorite shoes,” says Jordan family member and reigning MVP Russell Westbrook. “The XXXII is a great combination of performance and style. The way I play demands that I have the best performing sneaker on my feet and style is something that is engrained in me as a person and player.” 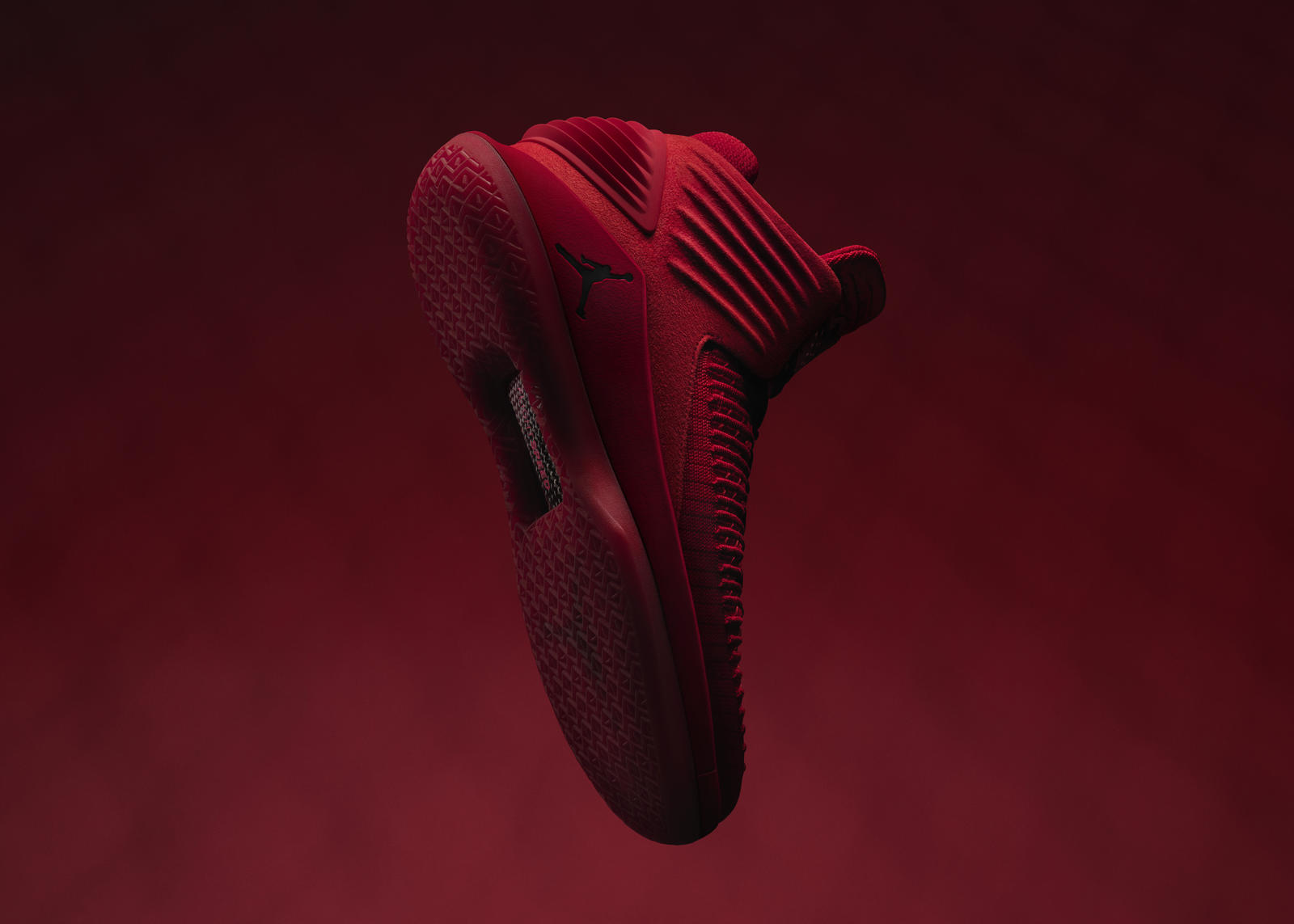 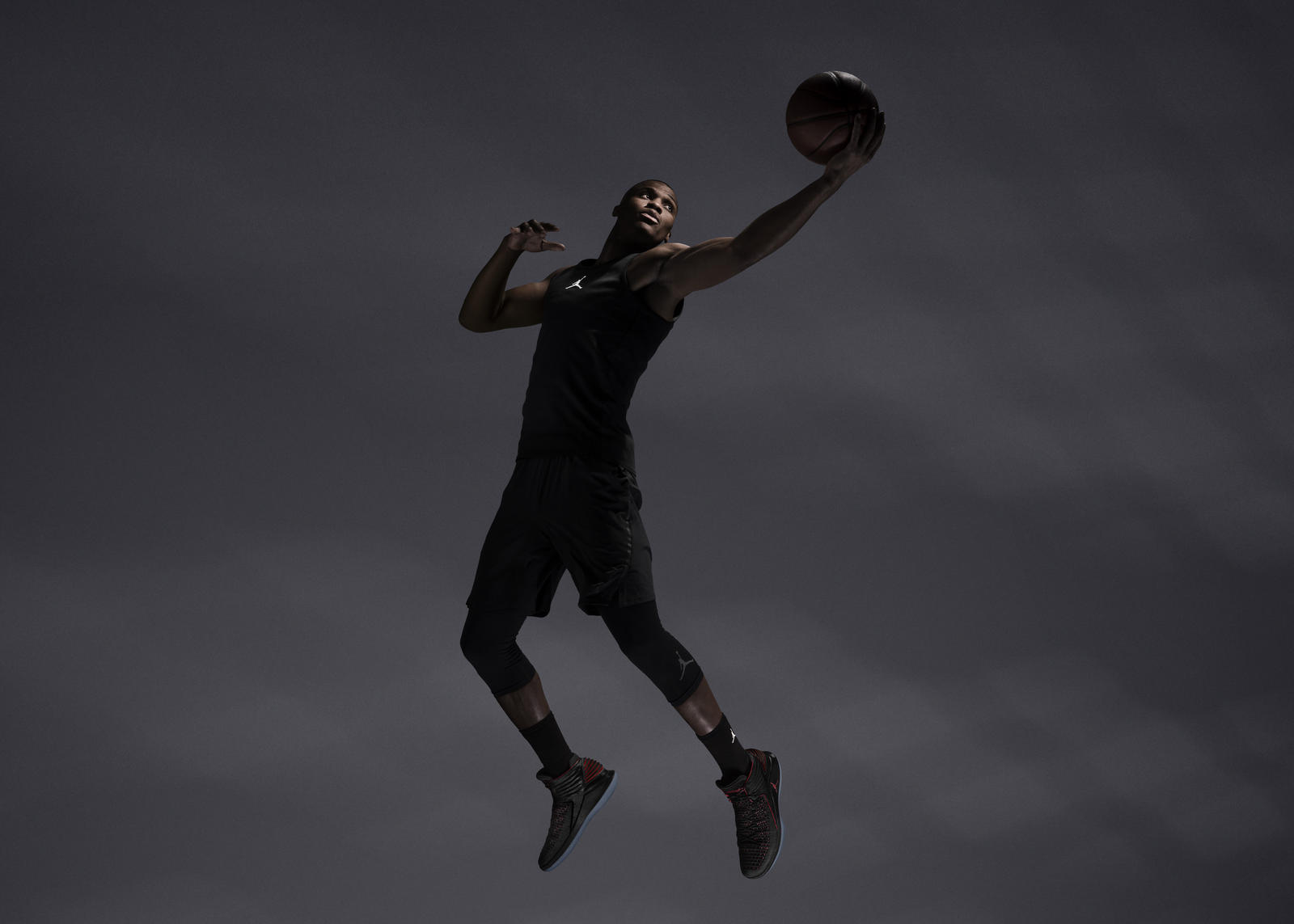 Kuerbis, who designed the Jordan XVIII, XIX and XXXI, clearly knows his fair share of Jordan lore. This is further evidenced through his understanding of when an idea from the brand’s heritage still holds weight. “The XXVIII is still regarded as one of the best playing game shoes we’ve had,” he notes. Its mix of big forefoot Nike Zoom Air bag, Flight Plate and heel Zoom positioned athletes for quick reactions and, in true Jordan fashion, readies them for flight.

“For the XXXII, we pistoned the bag just as much as the XXVIII, but we smoothed out the transition,” Kuerbis explains. “This set-up allows maximum surface area on the court.” It also improves court feel and is aided by a fresh traction pattern, a herringbone formed of a series of almost wiper blade-like shapes.