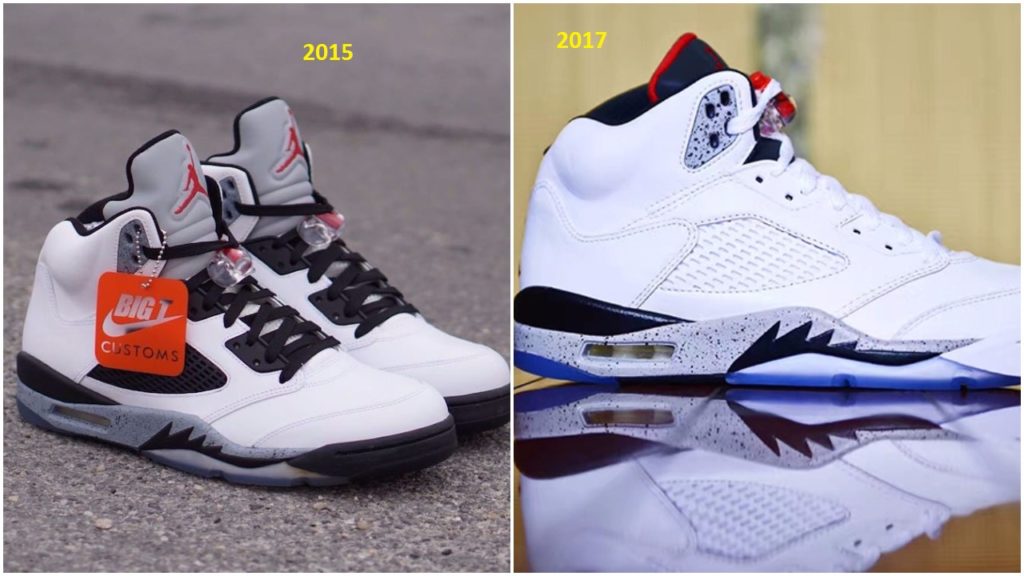 Big T  Customs has to be feeling honored right now seeing a major company like Jordan Brand launching a shoe that basically was inspired by his 2015 AJ 5 custom. Well he himself was inspired by the AJ4 white cement so I guess that levels the playing field. But seeing the amount of horrible colorways that Jordan Retros have dropped in lately, I wish the brand will borrow a thing or two from customizers. But to JB’s credit, the latest Red suede 5 was a diamond in the rough, the shoe is definitely nice. 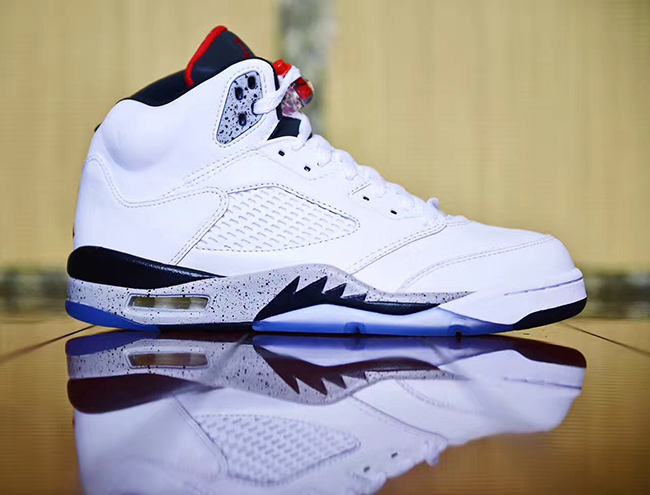 The shoe comes in an all white soft leather upper with black and red highlights hitting the tongue, the liner and the midsole. But what attracted me more in the shoes is the grey speckled pattern on the midsole and eyelets. Branding will appear in the usual places ( Red jumpman on the tongue, black jumpman on the heel panel). Additional logos are featured on the lace locks, sockliner and outsole. 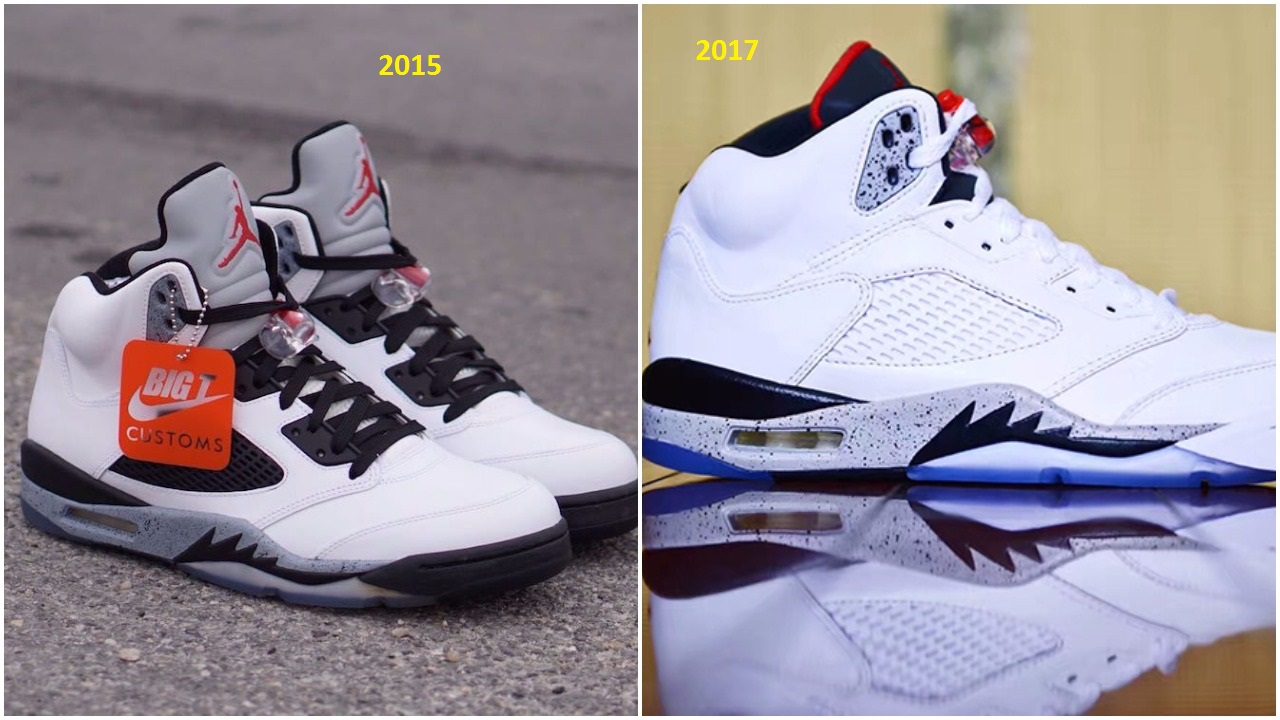 I actually like the customs better because there is a better match in the color combination. JB should’ve kept the tongue grey, the netting black and the eyelets black across the bridge, but I guess the brand is too proud to fully credit Big T , hence the slight modifications. Check out the pictures below and let me know which one would you have rather seen officially released?

FIRST CHECK OUT THE CUSTOMS 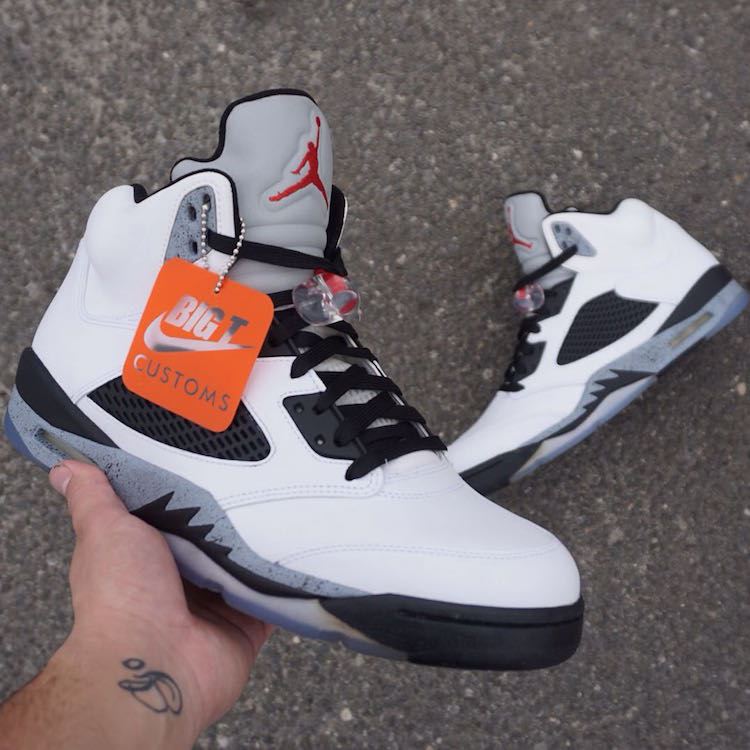 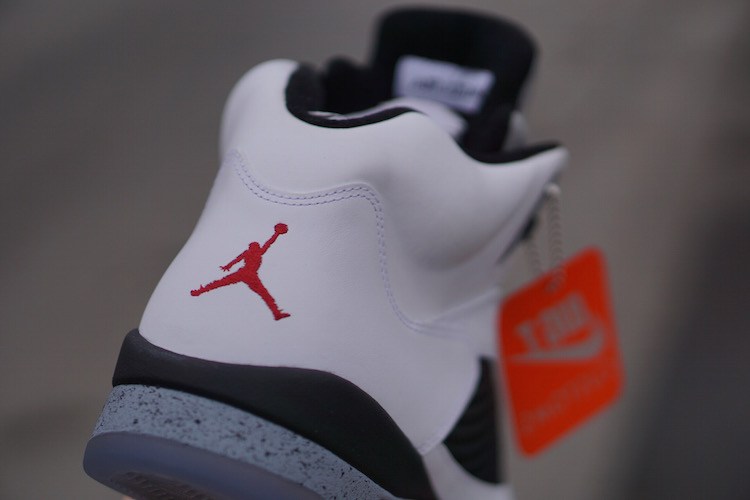 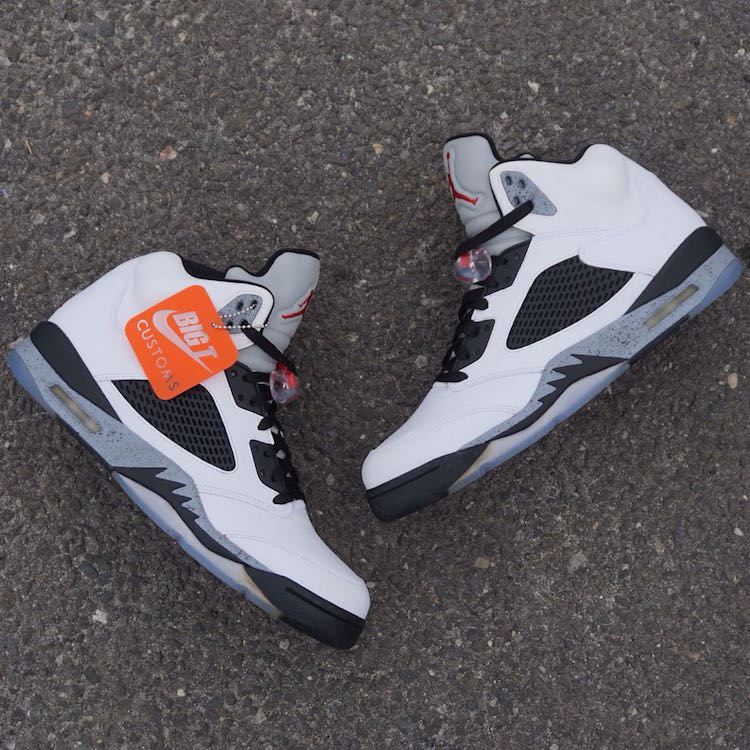 AND NOW THE OFFICIAL RELEASE OF 2017 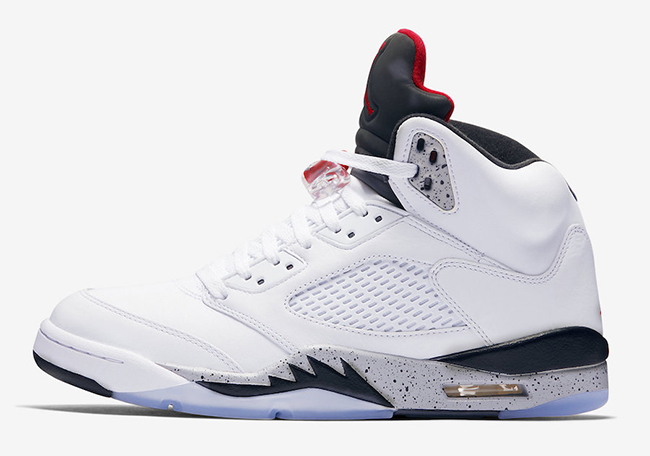 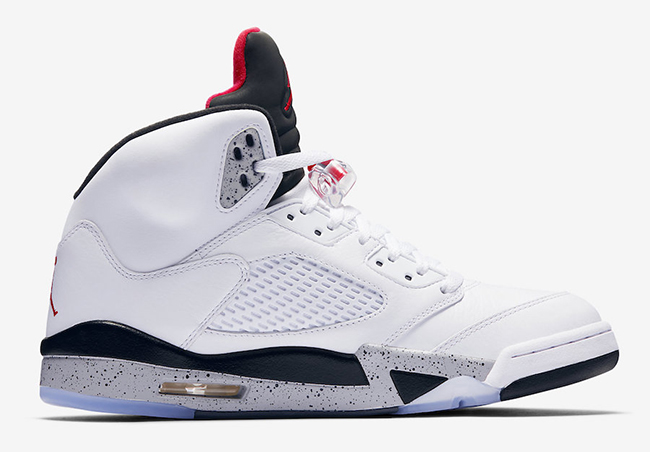 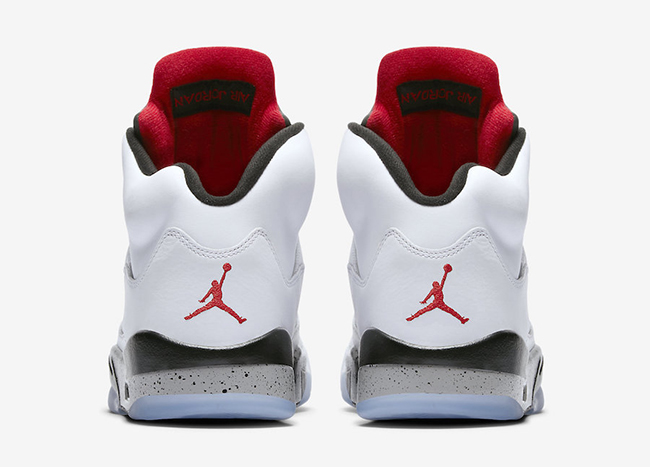