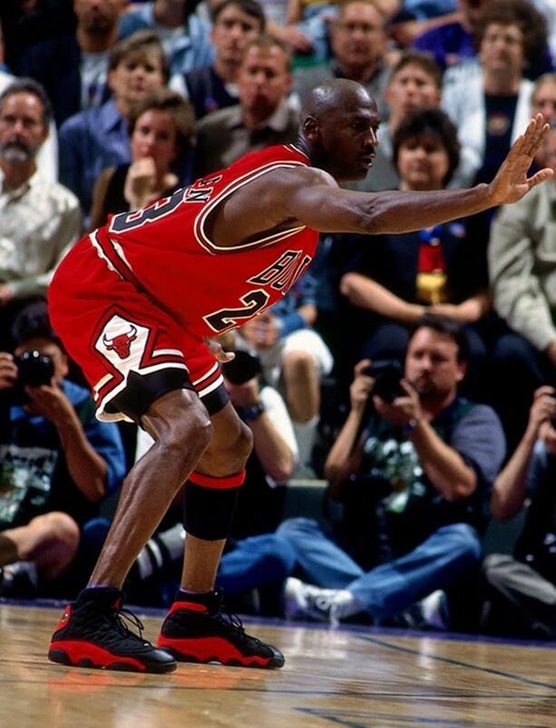 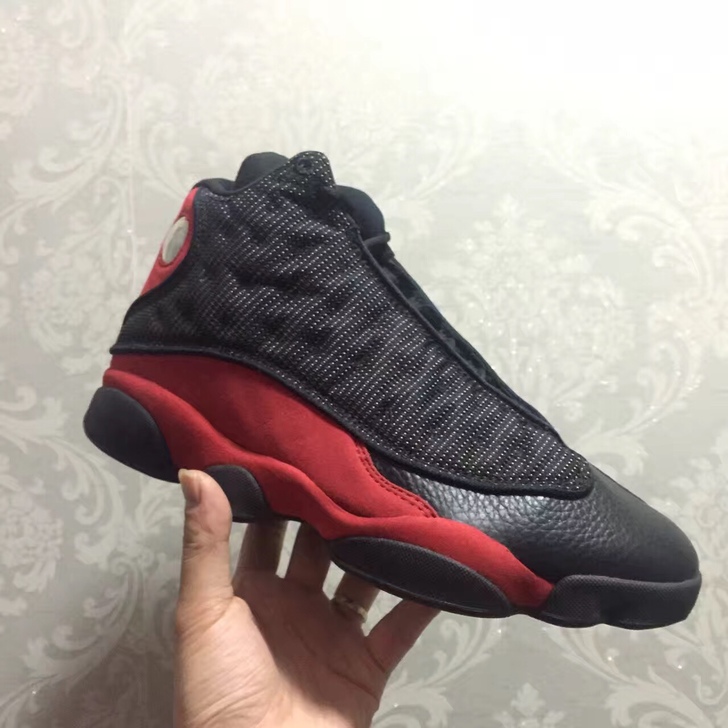 Dressed in the Chicago Bulls Black And Red uniform colors, the shoes feature a mixture of full grain leather on the toe box, a plush fabric on the panel overlays and suede leather on the mudguard. The 13’s were built primarily for performance; Tinker Hatfield equated MJ’s ability to strip the ball from his opponent and score at will to that of a panther-ironically Michael Jordan was already nicknamed the ” Black Cat” by his close friends. JB logos only appear on the outside of the tongue( Jumpman) and the heel panel ( iconic leopard eye).

The shoes are equipped with zoom units at the heel and forefoot encapsulated in a phylon midsole for impact protection. The only air flow you get from the 13 is through the perforations on the extension of the tongue. Other features include a durable rubber outsole with herringbone threads for smooth transitions on the court.

You can find earlier models of the Bred 13 on ebay from our featured sellers, see listings below 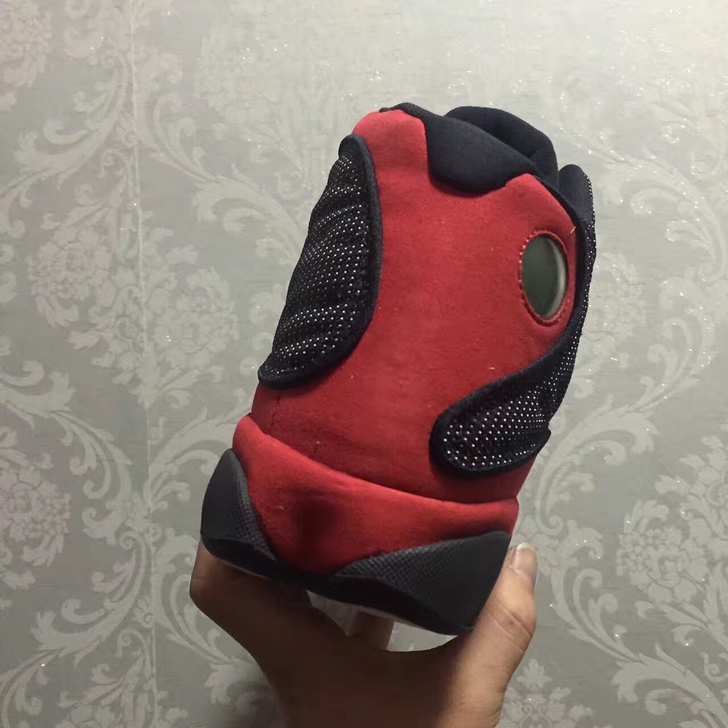