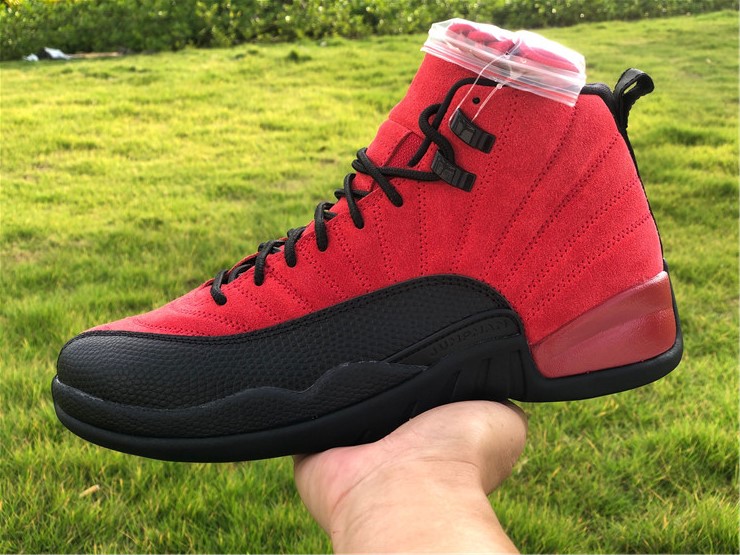 The Air Jordan 12 Reverse Flu Game is scheduled to release officially on December the 26th of 2020. Fake pairs have already hit the market and I’m sure several folks have already been lured into buying them. I don’t have an authentic pair on hands for a side by side comparison but I’ve noticed that on most fake jordan 12’s I’ve come across, most flaws are almost the same. This post is meant to give you preventive measures to avoid the counterfeits. Here are basically quick tips you can use to identify the Fake Air Jordan 12 Reverse Flu Game.

One of the dead giveaway is the smell/odor of the glue uses to patch up the shoe. If the glue smell is really strong to the point of irritating your nostrils, then you’ve probably being dealt a fake pair.

Ask for a receipt to check out the provenance of the shoe you’re receiving. ( but even receipts can be duplicated these days). But if the seller doesn’t have one, I strongly encourage you to not follow through with the purchase

The official release date of the Reverse Flu game 12 is December  the 26th, so anybody selling it earlier than that date is probably dealing counterfeits.

4. Now let’s check out some of the areas you can check for

The spacing between the back tab and the midsole is usually a bit higher on the most fake jordan 12’s I’ve come across, see the picture below for  reference

Check out the yellow squares, they show you how the  highlighted area  doesn’t really have a parabola shape, see picture below for reference 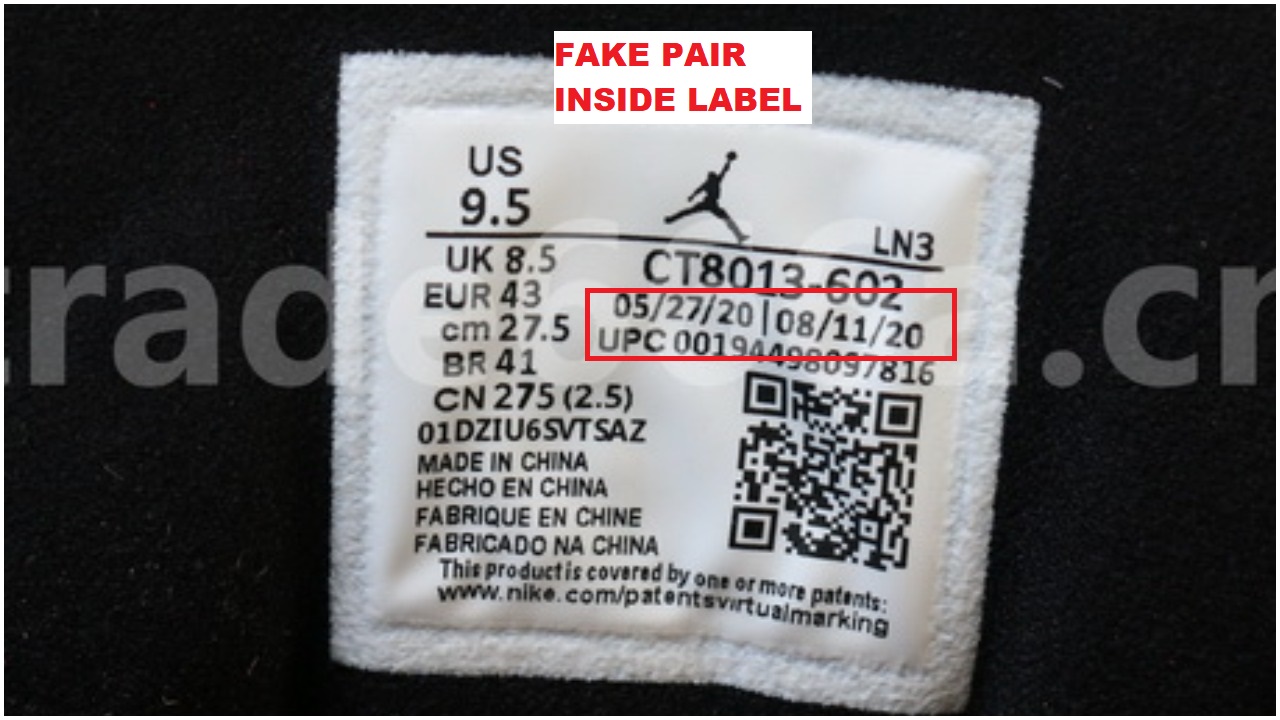 Most fake pairs have an earlier production date, so I’ll advise you to stay away from any seller whose shoe has a production date similar to the one in the picture above, 5/27/20-8/11/20. 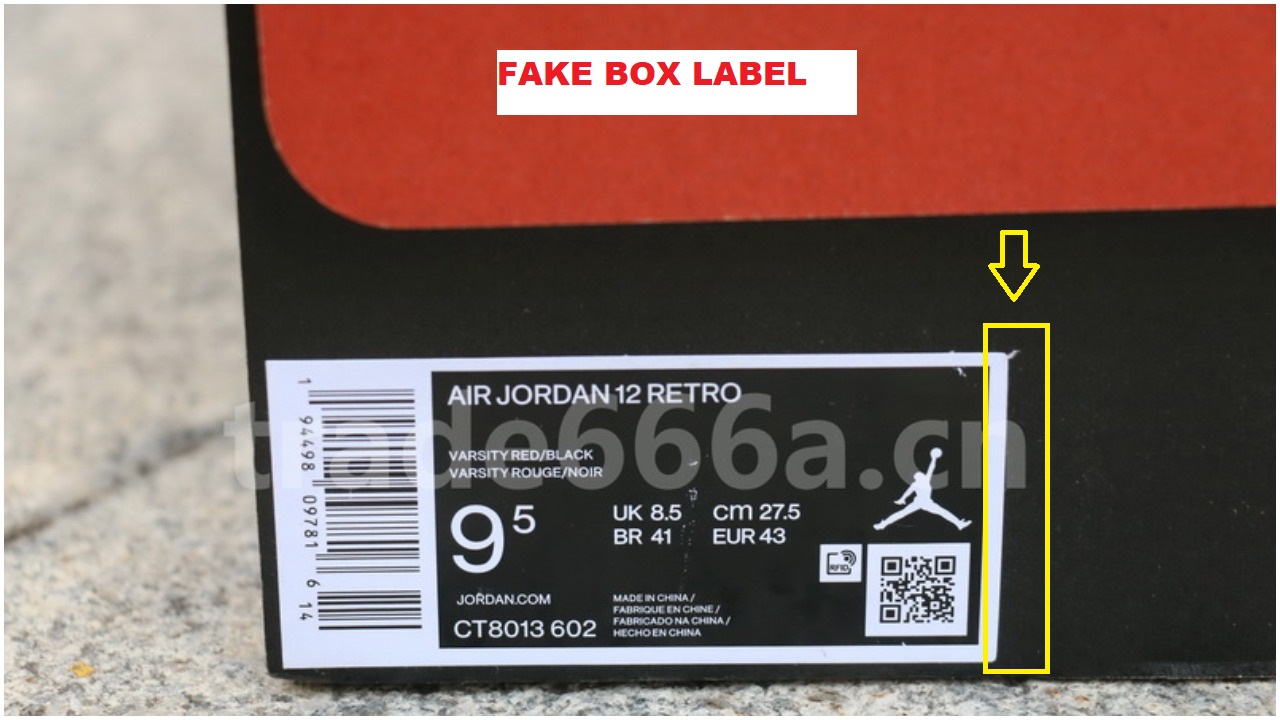 You can clearly see that the MSRP “tear up” tag is missing on the box label, this is also another way to quickly spot fake pairs. This doesn’t mean that all shoes missing an MSRP “tear up” tag are fake ( since the MSRP usually only applies for North America sneakers). But for the sake of protecting yourself I’ll stay away from any vendor selling shoes that weren’t purchased from US retailers. 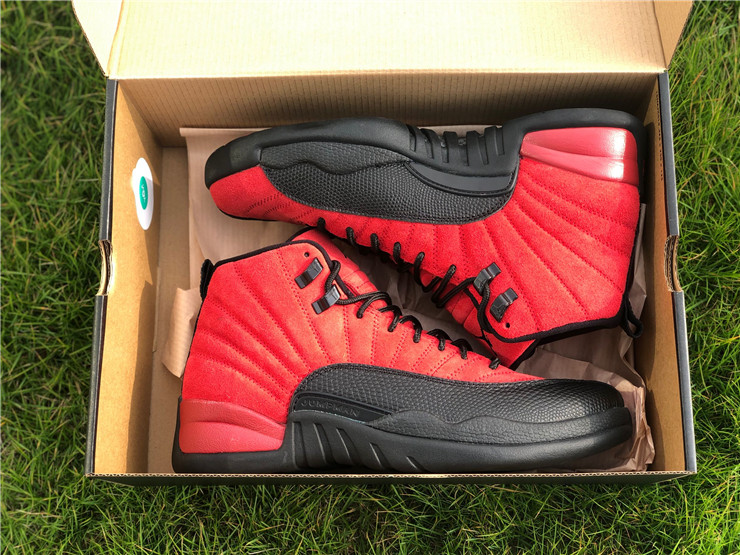 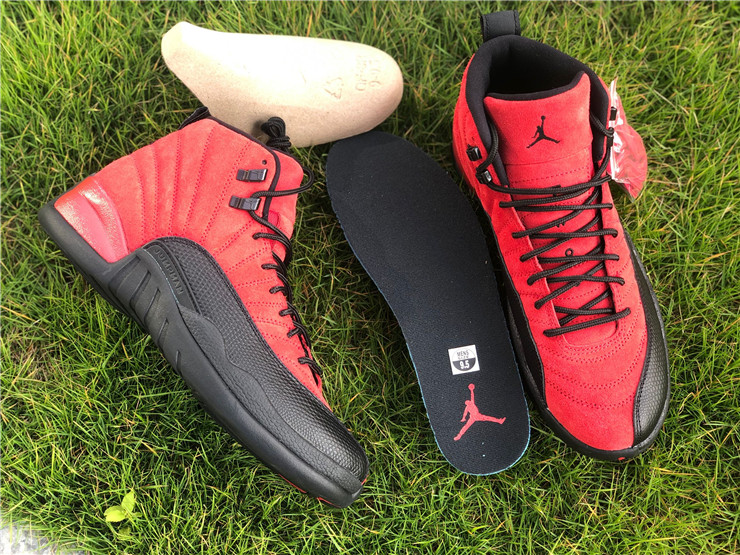