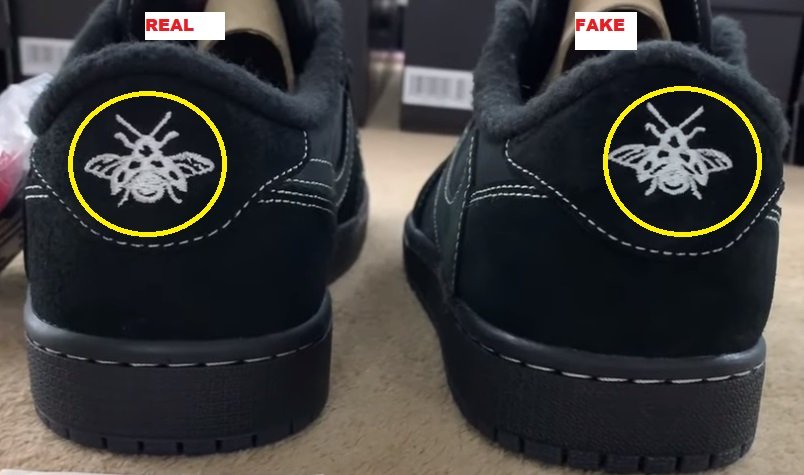 Spread the love
It’s important to know how to spot and identify the Fake Travis Scott Air Jordan 1 Low Black Phantom. With the increasing popularity of this limited edition sneaker, counterfeits are becoming more prevalent in the market—and determining whether or not your pair is authentic requires more than just an eye test. In this post, we’ll break down exactly what to look for in order to distinguish between an original and a knock-off.First, let’s go through our preliminary steps. 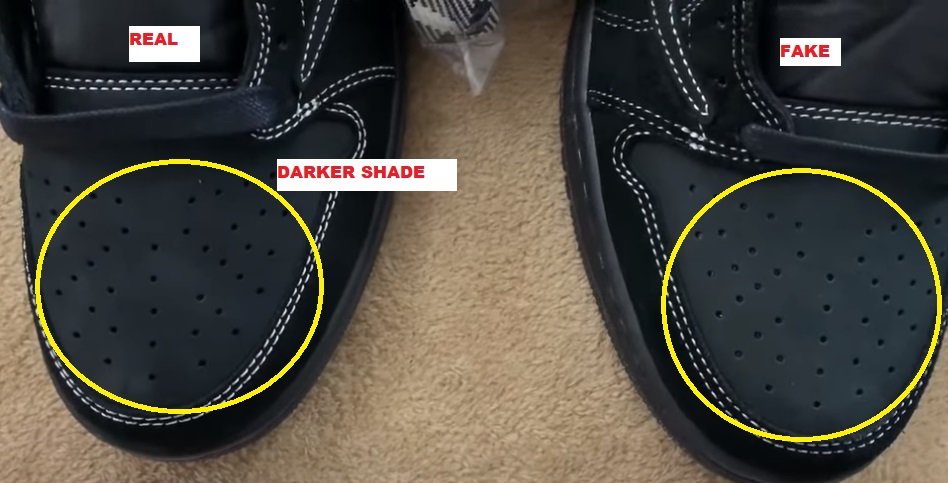 When comparing the various fakes on the market, some are more convincing than others. If you take a closer look at the picture above, you’ll see that the authentic pair’s shade of black is much darker. However, keen observation will reveal that the fake pair has a more ashy hue. 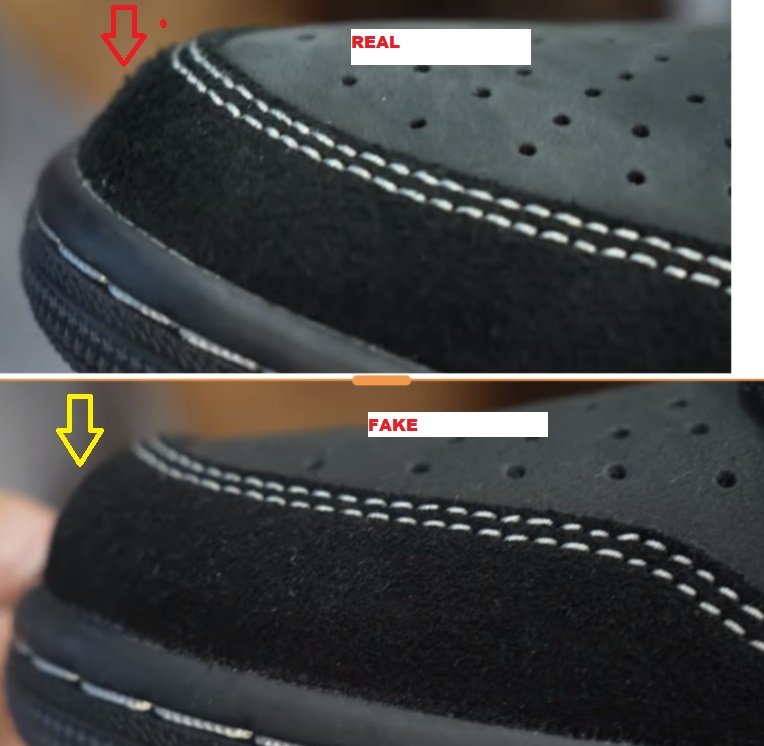 Notice how the fake Travis Scott Jordan 1 has a bulkier toe box. It is very obvious and this is a recurring thing with most replica sneakers.

The details and craftmanship on the bee logo is subpar on the fake pair. 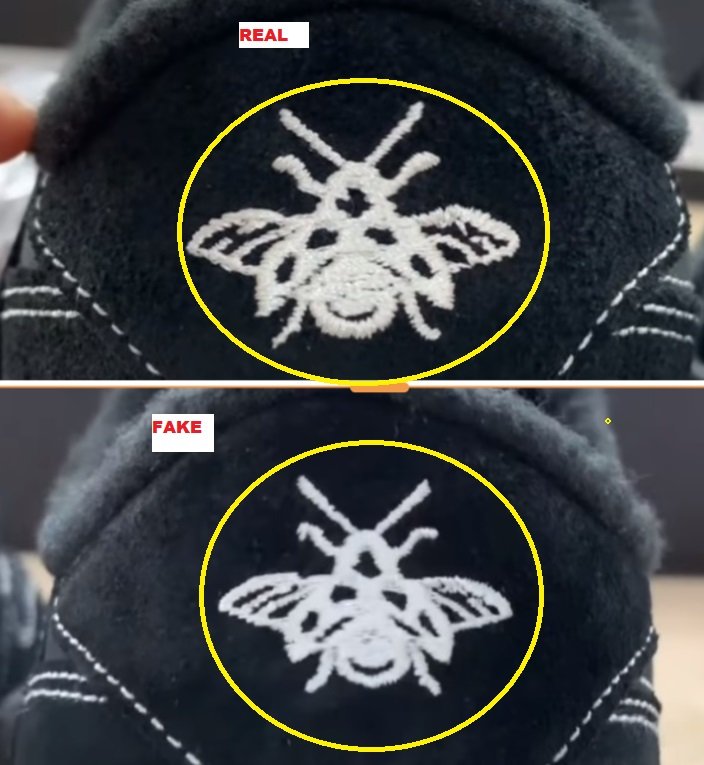 Here’s a closer look at the logos, It is hard to describe the differences but they are there if you look close enough i.e. the second set of antennas are thinner on the fake pair, the threads are almost snow white on the fakes but off white on the real pair. 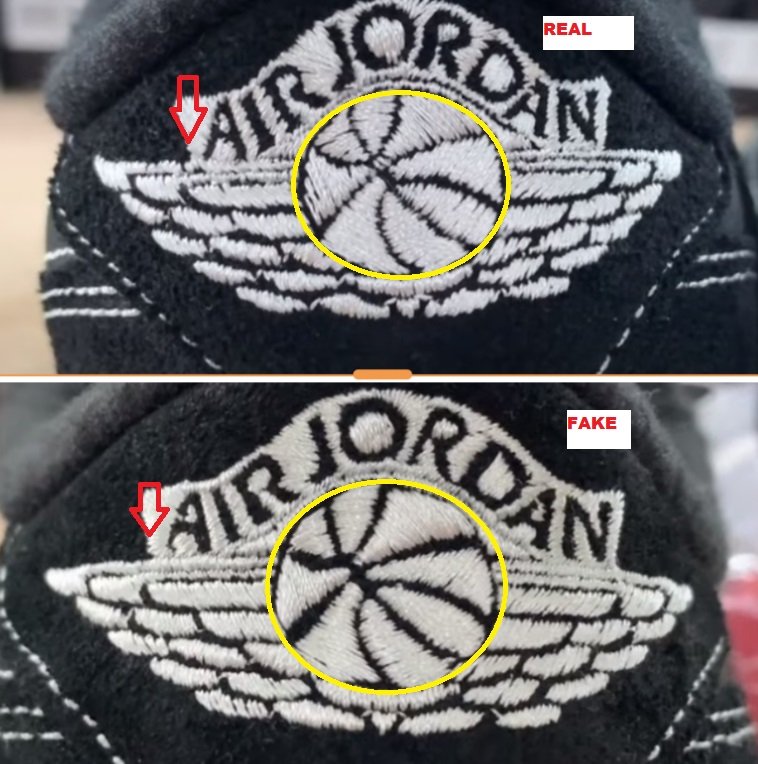 One of the key differences between the authentic and fake pair is the spacing of the threads on the ball (noticeably wider apart in the counterfeit, as seen in the yellow circle). Additionally, pay attention to the shape of the A (highlighted by a red arrow)– one of its legs appears unnaturally thin.

On the authentic pair, the cactus jack logo is subtle and subdued. However, a closer inspection reveals that it appears brighter and flashier on the counterfeit. 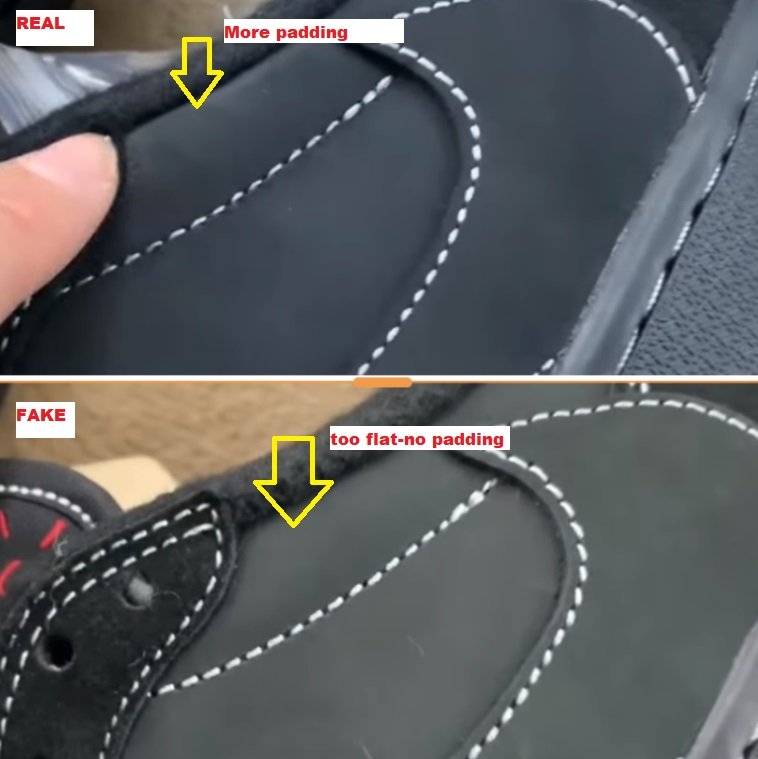 The yellow arrow shows you that the real pair features more cushioning and a bumpier texture beneath the ankle liner, whereas in the counterfeit it is left flat. 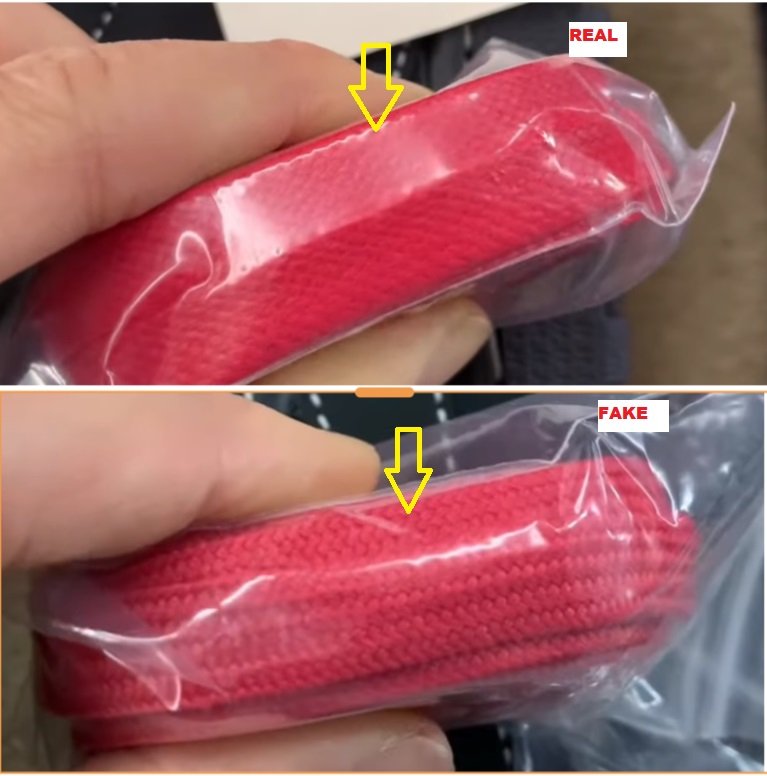 The real Travis Scott Jordan 1 Low features a wax coating on the laces, clearly distinguishing it from its counterfeit counterpart that is bereft of such a feature.

The fake Jordan 1 Travis Scott Low Black Phantom only include one bandana while the real pair comes with two. Additionally, the white parts of the bandana on the real pair are off-white, whereas they are snow white on the fake ( see yellow arrows).

As I mentioned earlier, there are many variations of the fake pair. On the one in the picture above, the outsole appears rugged on the circular threads of the fake pair, see yellow squares. 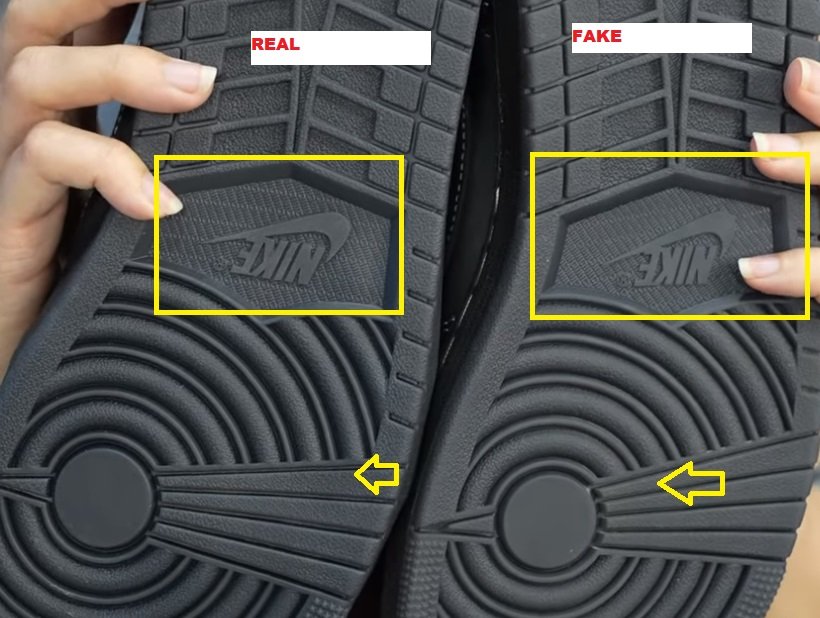 The picture above is from an updated pair, as you can see the threads highlighted in the yellow squares are slightly more vivid on the real pair and a bit more subtle on the fakes. Also the real pair has a darker shade, see yellow arrow. 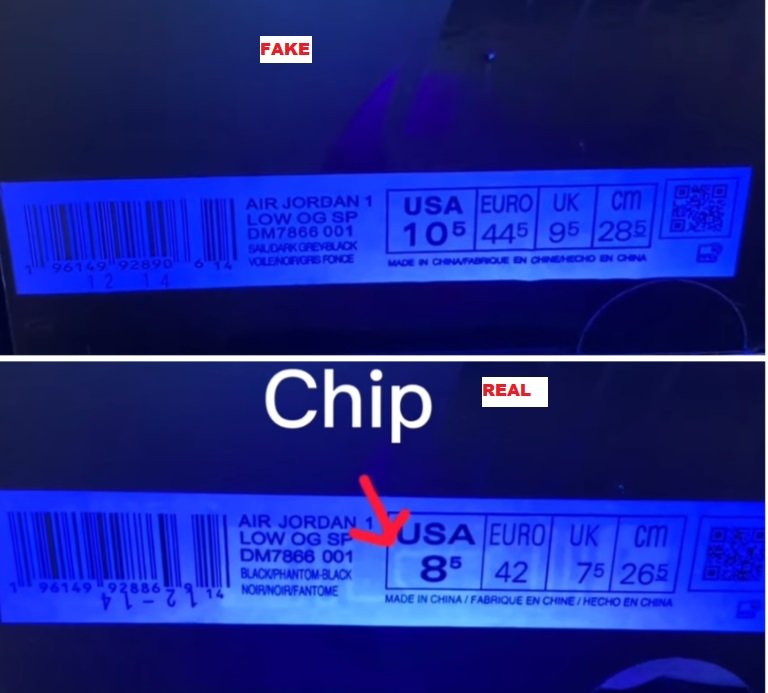 You can clearly see that the authentic pair comes with a “chip” behind the label. This is to identify the provenance of the shoe. The fake pair’s label doesn’t have that.
There you have it folks, hopefully you’ll be able to spot any fake Travis Scott Air Jordan 1 Low Black Phantom with these tips. There is no doubt in my mind that the fakes will be perfected within a few weeks. I’ll keep updating the post as soon as a new batch of fakes surfaces.
You can check out our other real vs fake comparisons via the Legit Check page.