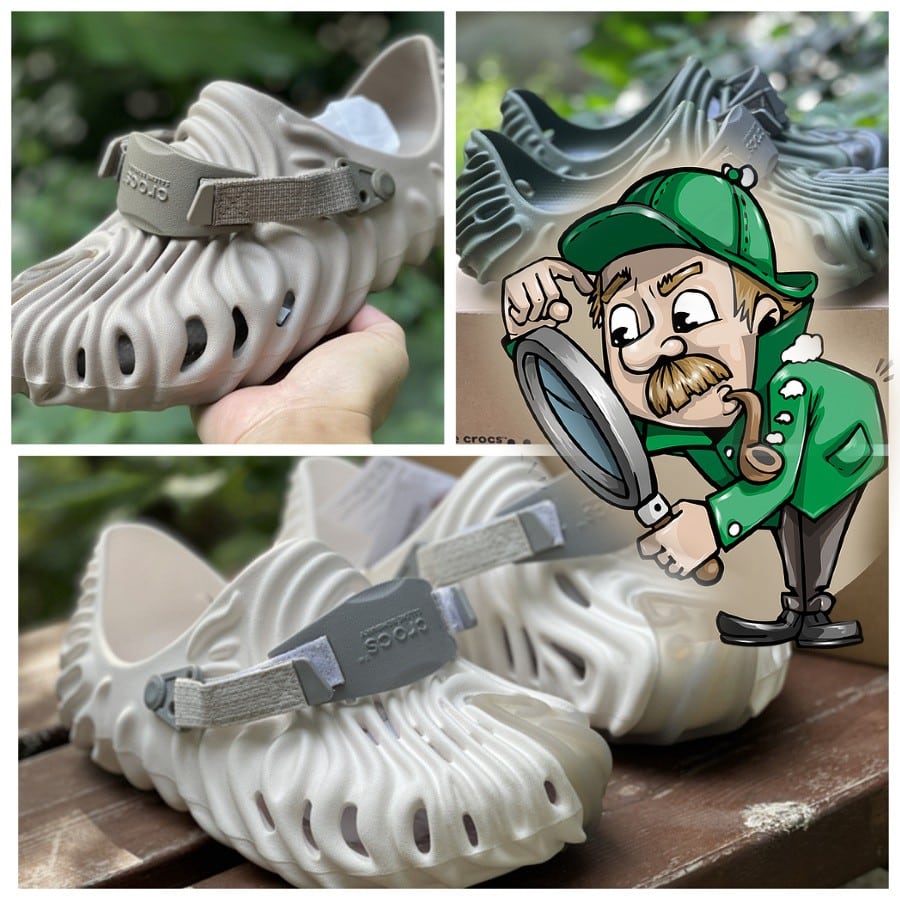 It’s only been a a few months since designer Salehe Bembury introduced his Crocs collaboration, and already there are counterfeit versions of the shoes on the market. These fake Salehe Bembury Crocs are extremely hard to detect, due to the simplicity of the silhouette and the material used for its manufacturing. However, there are a few things you can look for to tell if a pair of the Salehe Crocs is real or fake. I came across 4 colorways of the replicas but I’m only going to include two in this post. The same legit check method can be applied for the ones I didn’t mention.

The toe area has a lighter and clearer shade on the authentic pair as opposed to a darker shade on the fakes ( see red arrow). The drain holes are much wider on the real pair ( see red square).

Texture Of The Surface 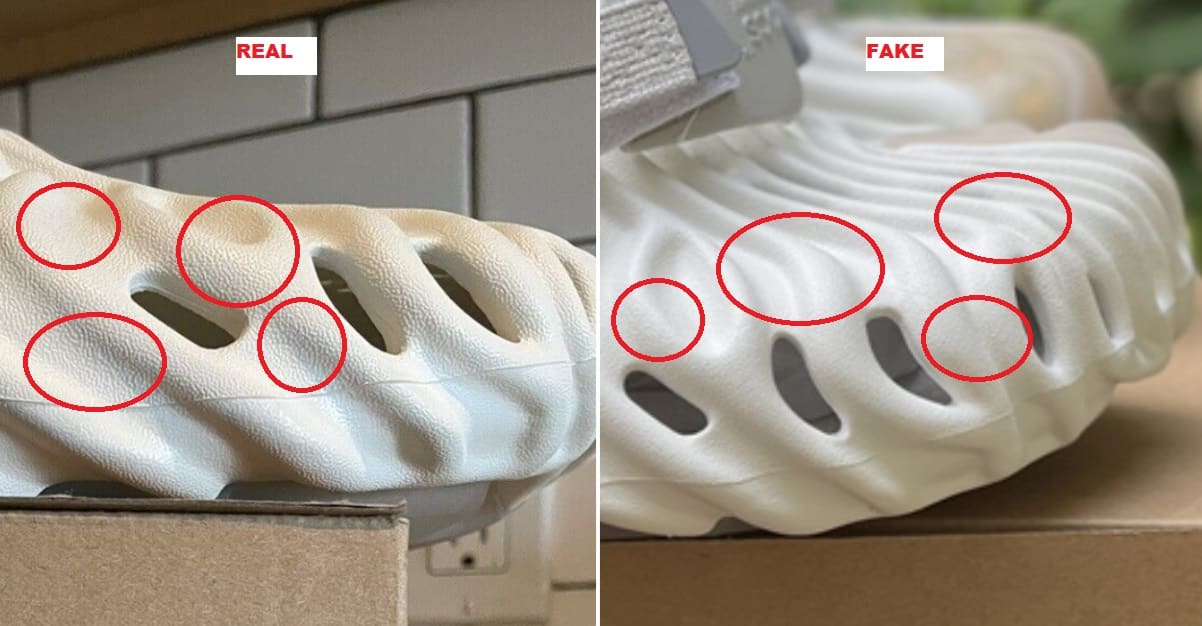 The picture above is for the stratus or almost white colorway. You can clearly see how the authentic pair has a rougher surface, zero in on the circles. And may I also add that the grooves are deeper on the real pair.

Not only are the groves deeper on the real pair ( see red square), but also check out the honey comb pattern, it’s more pronounced on the legit pair and subtle on the fakes.

The back side shows you how the clear portion of the midsole/outsole has a darker shade on the fake pair, it’s evident.

Maybe it is the lighting that is making this a nuance but if you closely look at the texture of the strap ( red arrow), it appears rougher and sandy on the authentic pair. Also the surface of the foam material is slightly of a rougher texture on the back of the real pair ( see red oval).

The font of the letters and numbers is bolder on the fake Salehe Bembury Crocs hang tag. Moreover the style number and upc code associated with it is the wrong one. that is supposed to be for the crocodile colorway.

The “Salehe Text” is much bolder on the authentic pair ( see red rectangle). The various sizes text is also bolder on the real pair’s box ( see red oval). The arrow shows you how the word Size has a bolder font on the fake box ( to be honest, the fake box label has a better print).

The box is supposed to have a plastic cover and a cardboard mold to hold the shoes, as you can see the fake pair doesn’t include that.

You can use the same tips to check out the other colorways that have dropped. One thing I will say is that the fake Salehe Bembury Crocs  look darn good and I know that consumers will definitely be buying them in massive quantities. This post was written so that you don’t get ripped off.

I was watching a video on YouTube courtesy of TrutruvsFufu and he actually had both pairs on hands. He pointed out some additional flaws that I wanted to share with you. But he did confirm my suspicion that both pairs look almost identical. 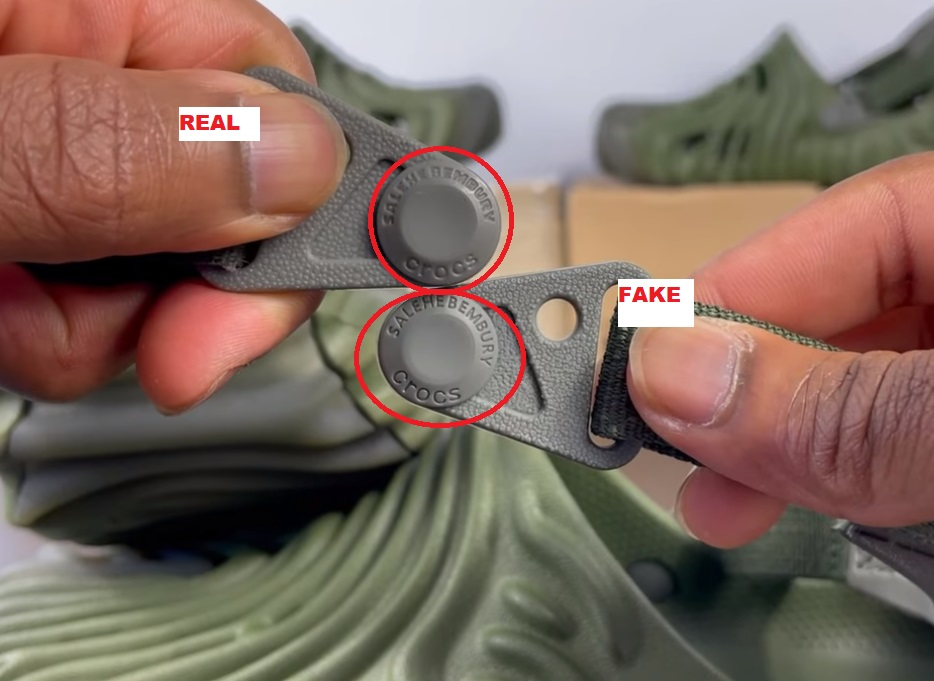 As you can see, the font of the letters isn’t the same between both pairs.

Inside Of The Shoe 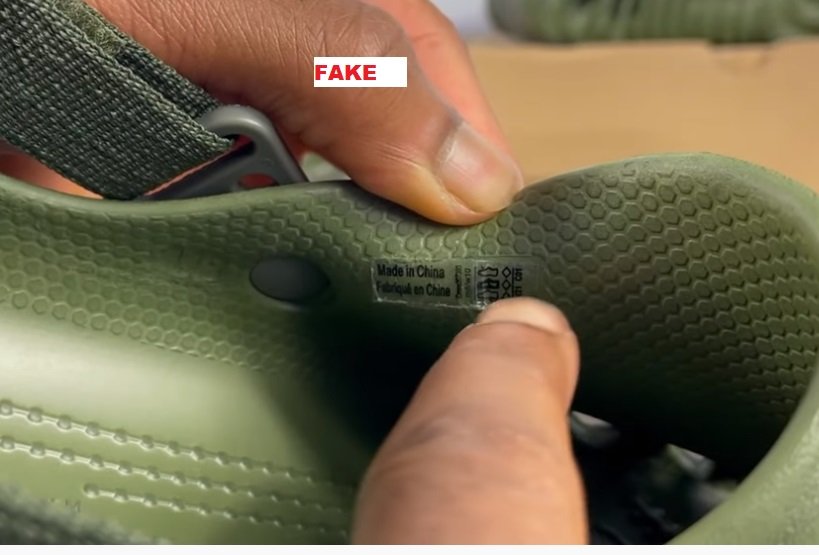 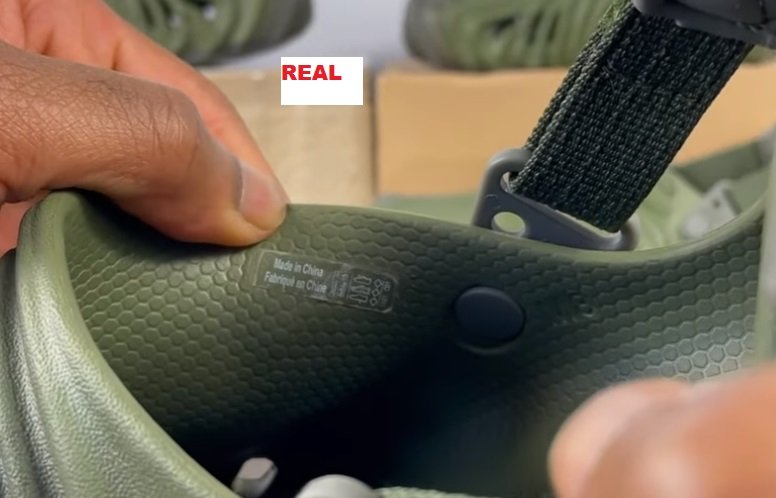 The made in china sticker is white on the real pair and black on the fakes. 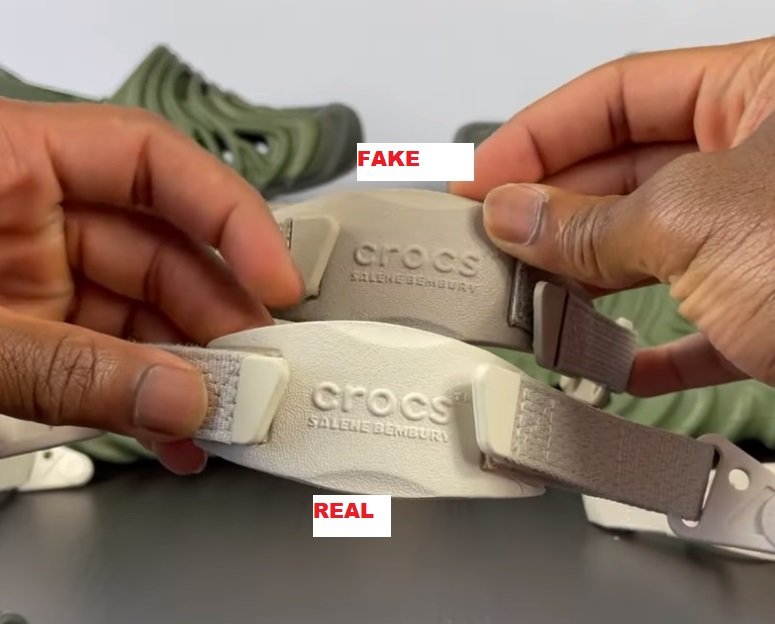 As you can see the fake pair’s back strap is of a darker shade. 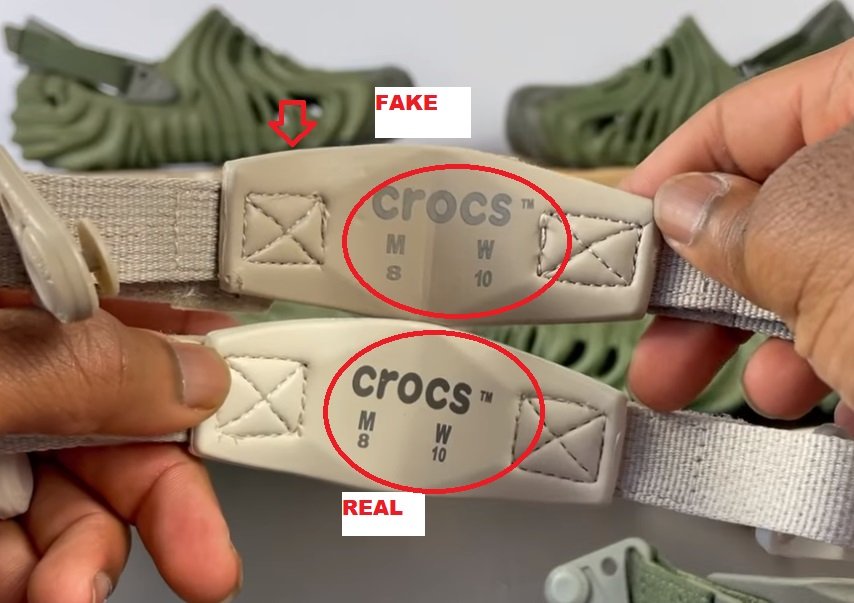 The fake pair’s strap is of a darker shade and the Croc and size text is almost faded on the replica pair, see red circle. 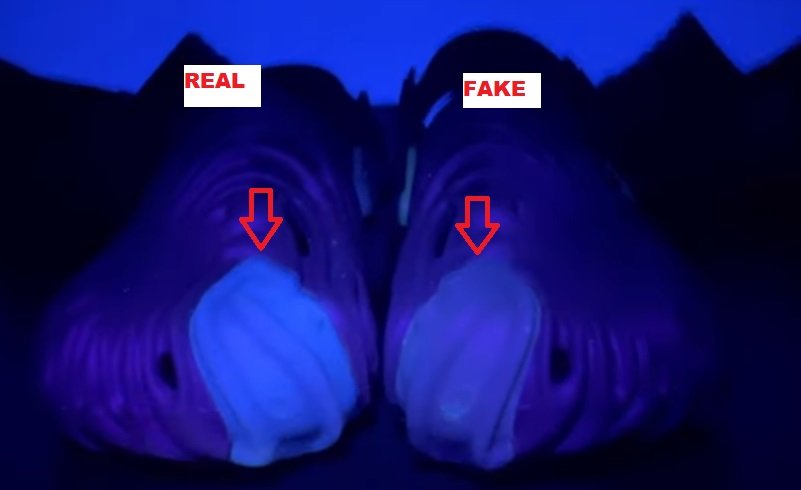 The toe area of the authentic pair glows in the dark while the fake pair barely does.

You can buy them on eBay from our featured sellers via authenticity guaranteed, CLICK HERE