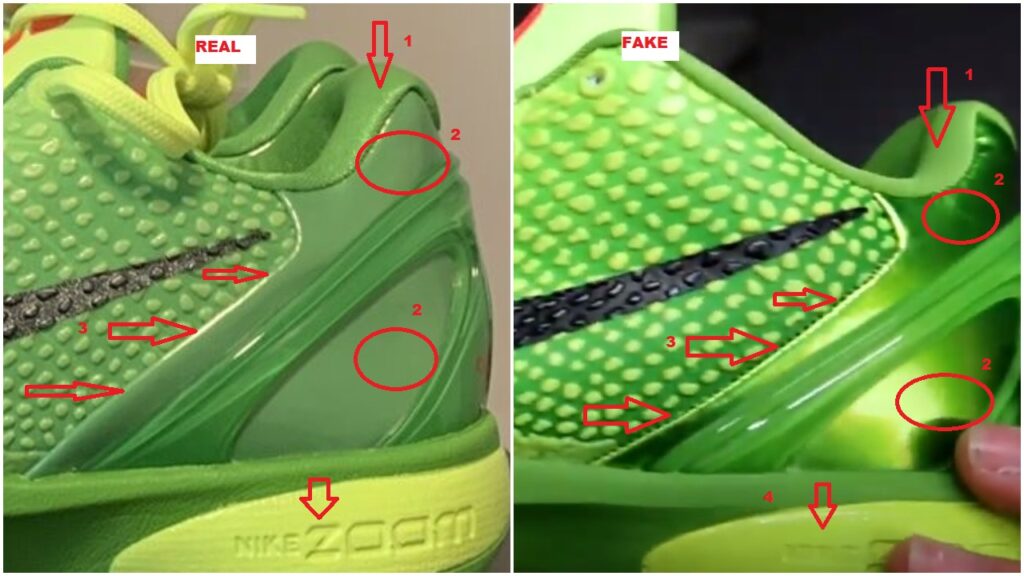 The Fake Nike kobe 6 Grinch has been out for quite some time and I finally had an opportunity to do a side by side comparison with the authentic pair about 24 hours ago. This shoe is so detailed that it is hard to replicate it accurately. So most fakes I’ve come across look awful. Here is how to quickly spot and identify the fake Kobe Grinch sneakers. 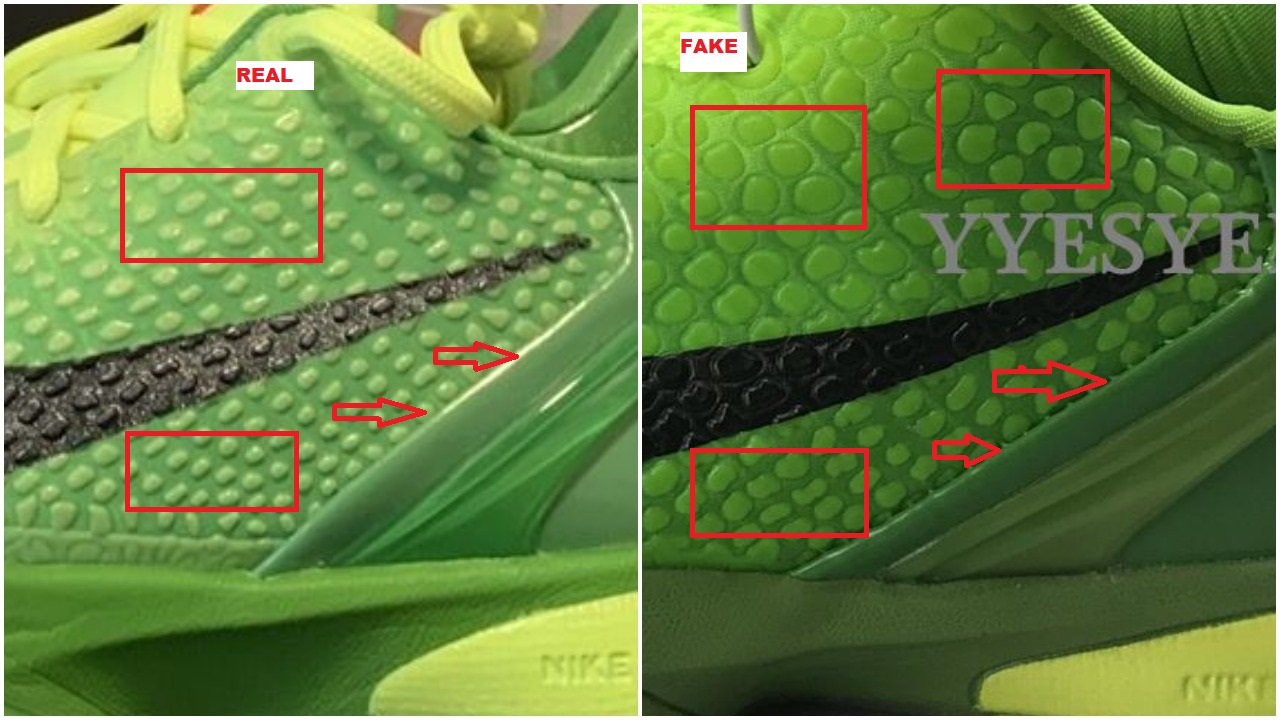 The scales are more spaced out and 3D on the authentic pair, see red rectangles. The stitches on the edges of the heel overlay are loose on the fake pair, see red arrow. 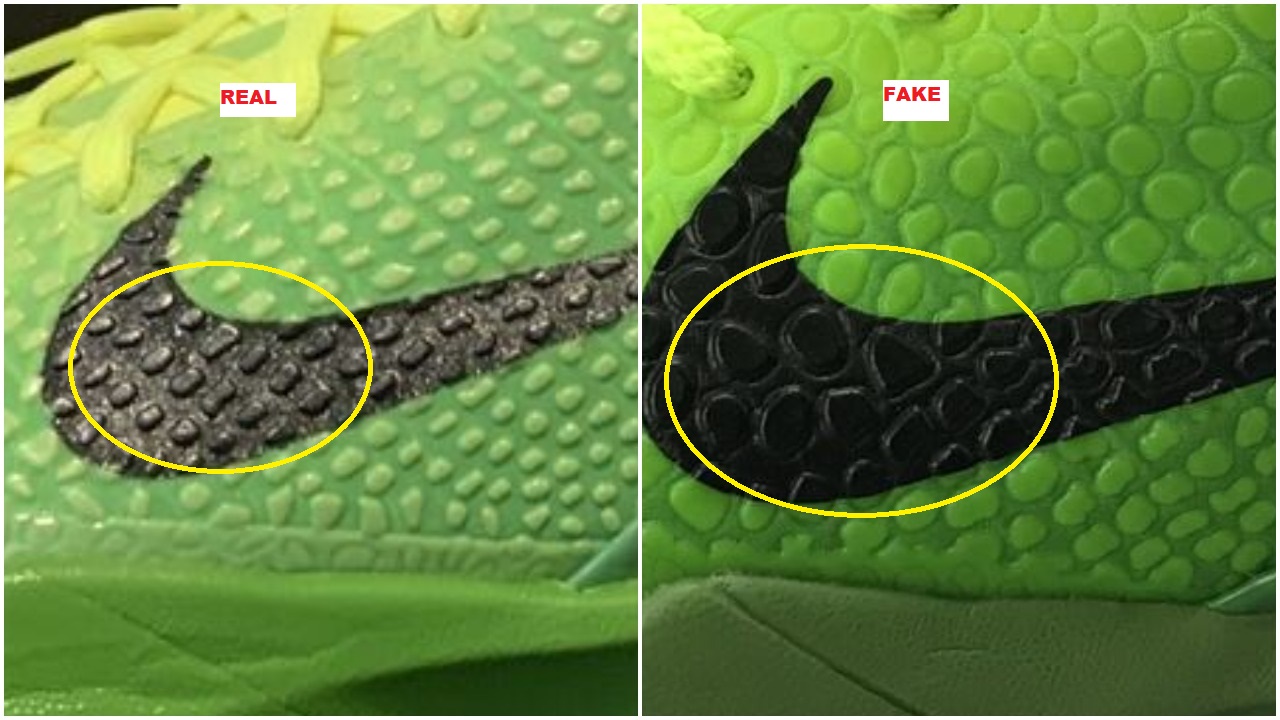 The swoosh logo’s scales are also 3D on the authentic pair and more spaced out while the logo of the fake pair is barely 3D, and the scales are almost adjacent to one another. 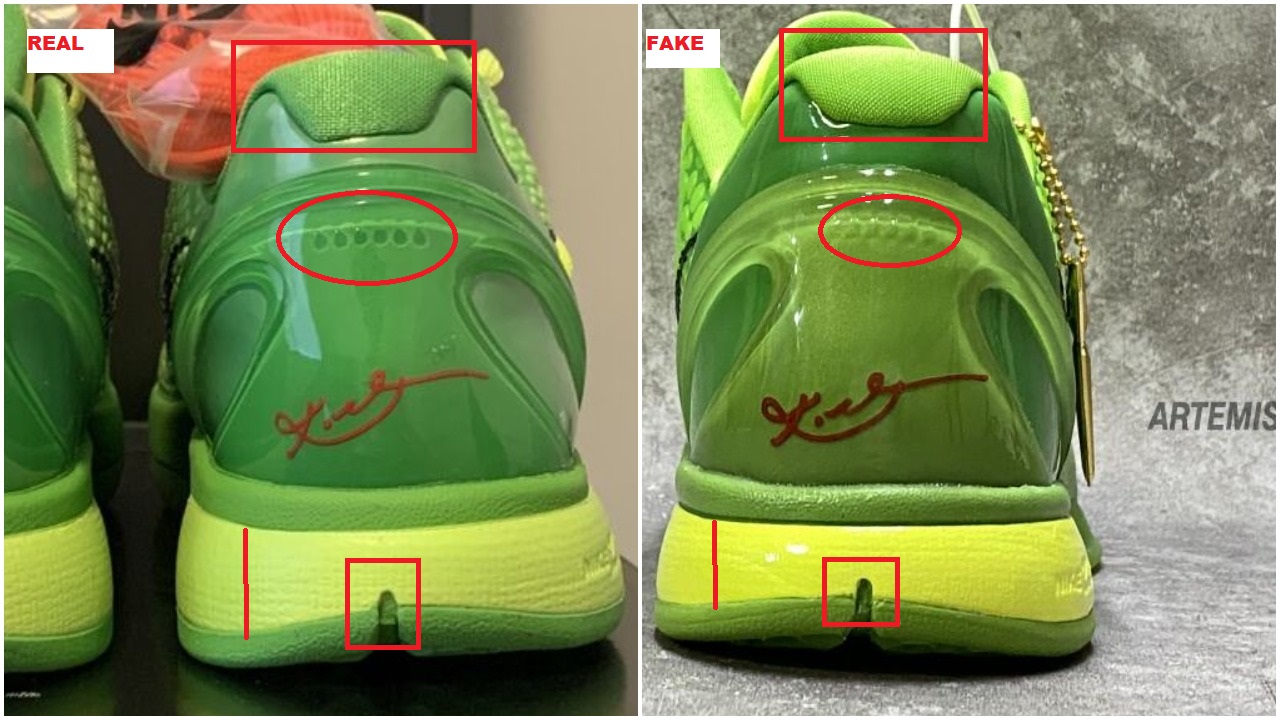 There are very vivid little circles on the back of the real pair that are properly centered. If you look at the back of the fake pair, the circles are barely visible and they aren’t properly centered ( see red circle). The material on the back tab isn’t the same between both pairs, and the fake pair appears to have a much thicker tab. The zoom unit on the fake pair isn’t as thick as that of the authentic pair, see red line. And the little gap on the midsole clearly has a different shape on the authentic pair. 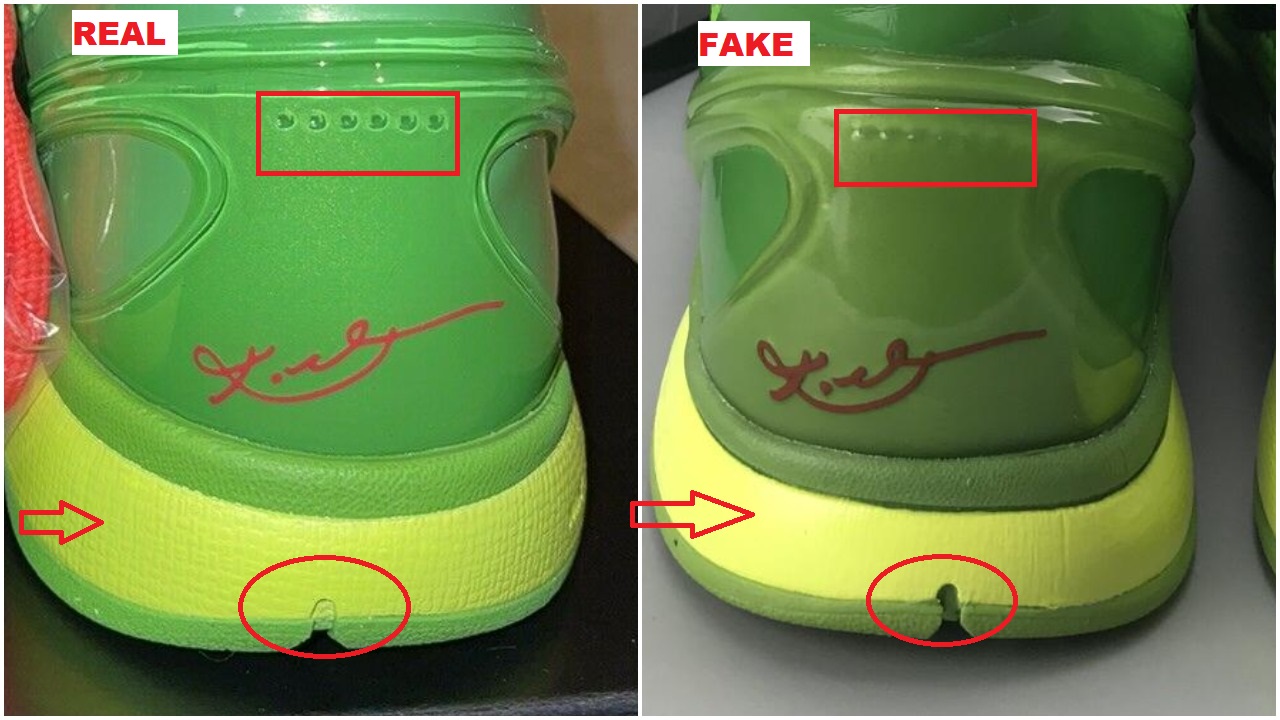 Again you can see that there is a clear difference between the gaps on the midsole ( see red circle). The midsole has more bumps and grids on the authentic pair ( see red arrow). And again the small circles are almost invisible on the fake pair. 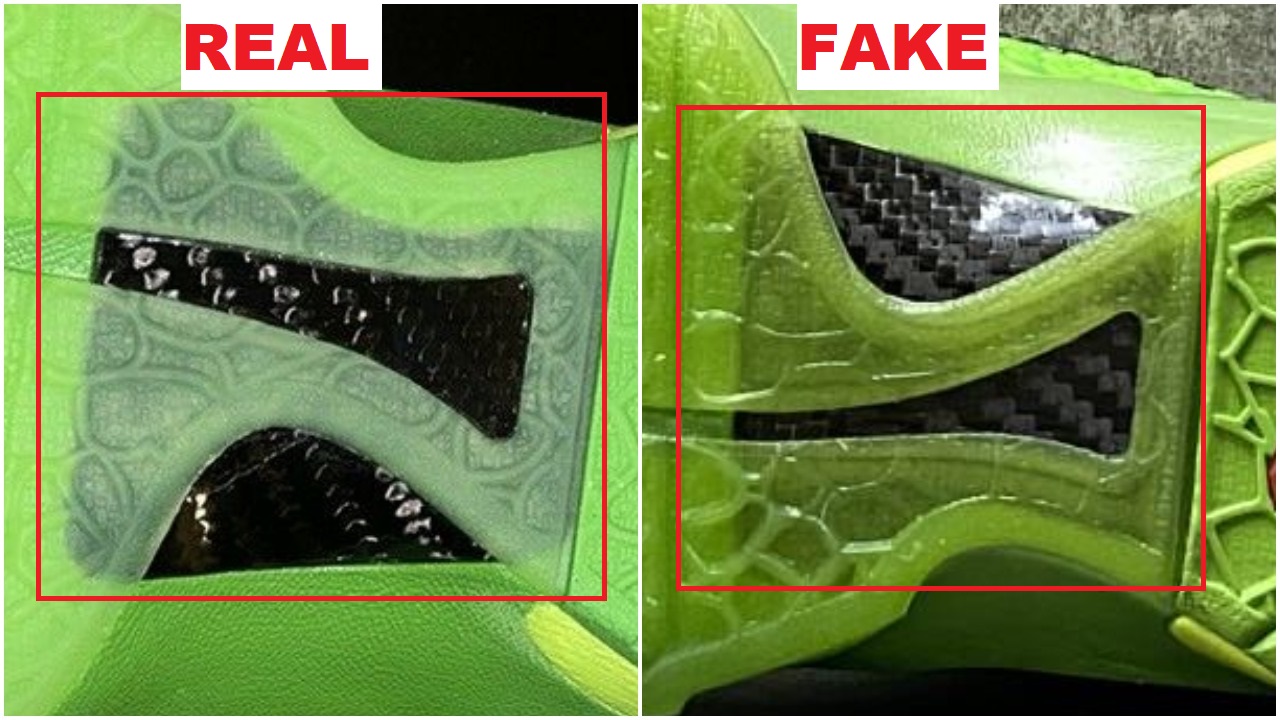 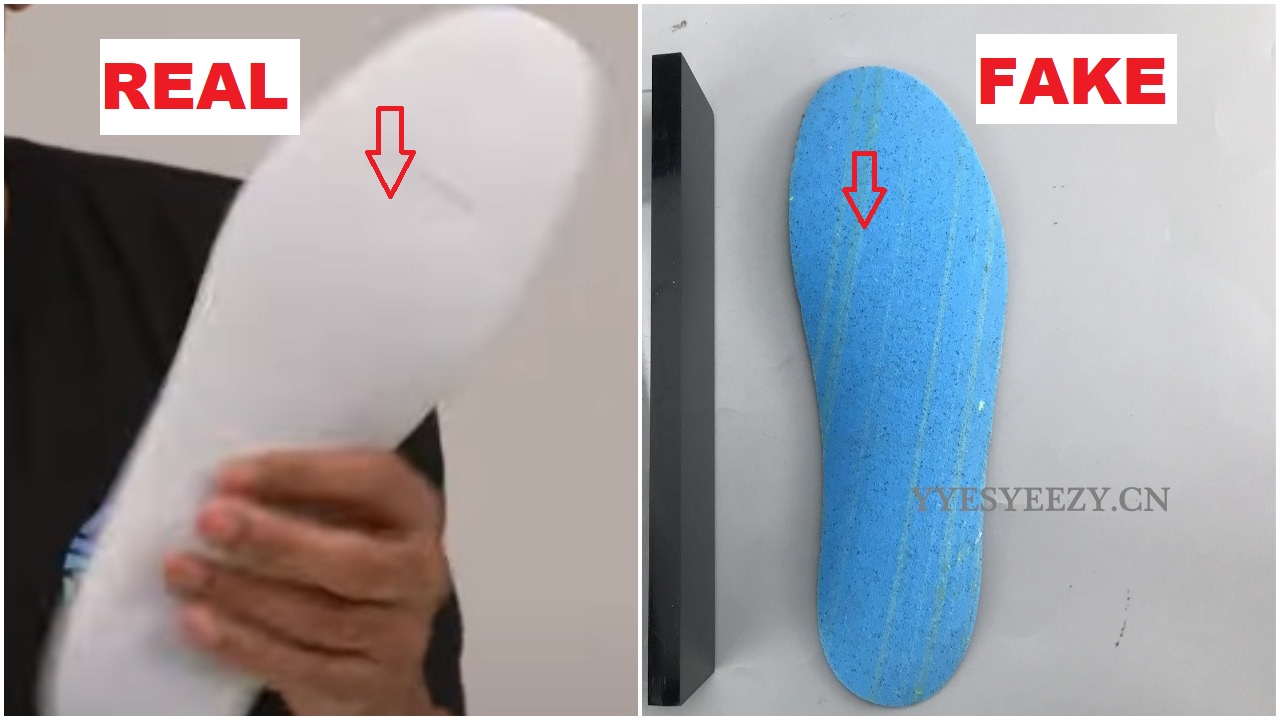 The back of the insole is blue on the fake Nike Kobe 6 Grinch but white on the authentic pair.

(3) loose threads at the edges of the fake pair

There you have it folks,  I’ll add more pictures once I get ahold of the shoe.

For other comparisons, visit our legit check page

Where to buy authentic pairs of the Nike Kobe 6 Grinch

You can buy authentic pairs now on eBay from our featured sellers via authenticity guaranteed, CLICK HERE