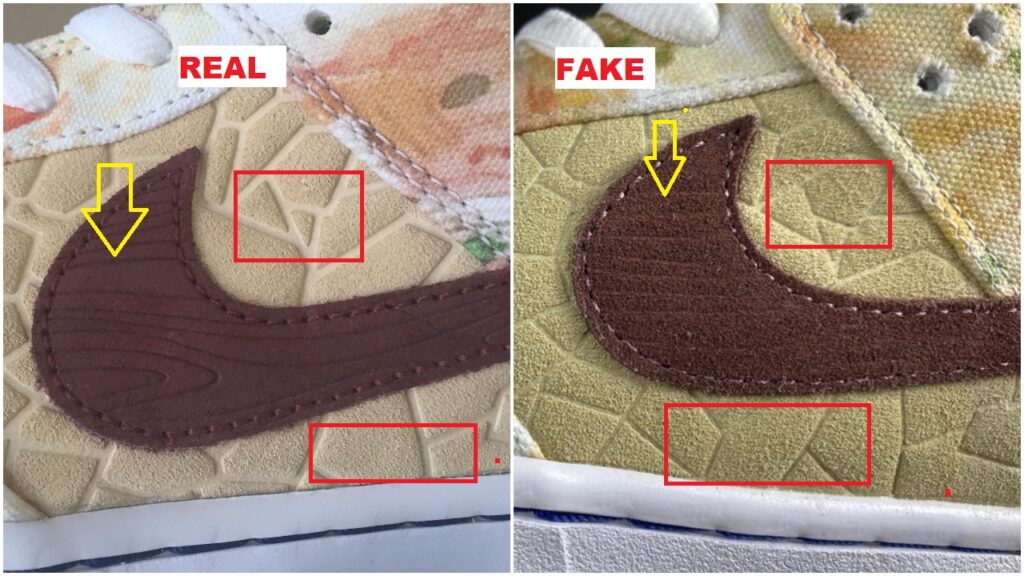 The Fake Nike Dunk SB Low CNY Street Hawker has been on the market for months but I didn’t have an authentic pair for a side by side comparison. With Nike SB’s , it’s hard to identify nuances between the fake and the real pair without the backdrop of the legitimate one. I was very fortunate on Saturday when I went to pick up an authentic pair a friend of mine won via an online raffle. I came home , took several shots of it and pinned it against the fakes, and here are my findings.

The swoosh logo on the fake pair features a very rough suede leather while the authentic pair has a much smoother texture. You can also see how the grooves on the logo differ. The color of the mid section underlay is lighter on the authentic pair. 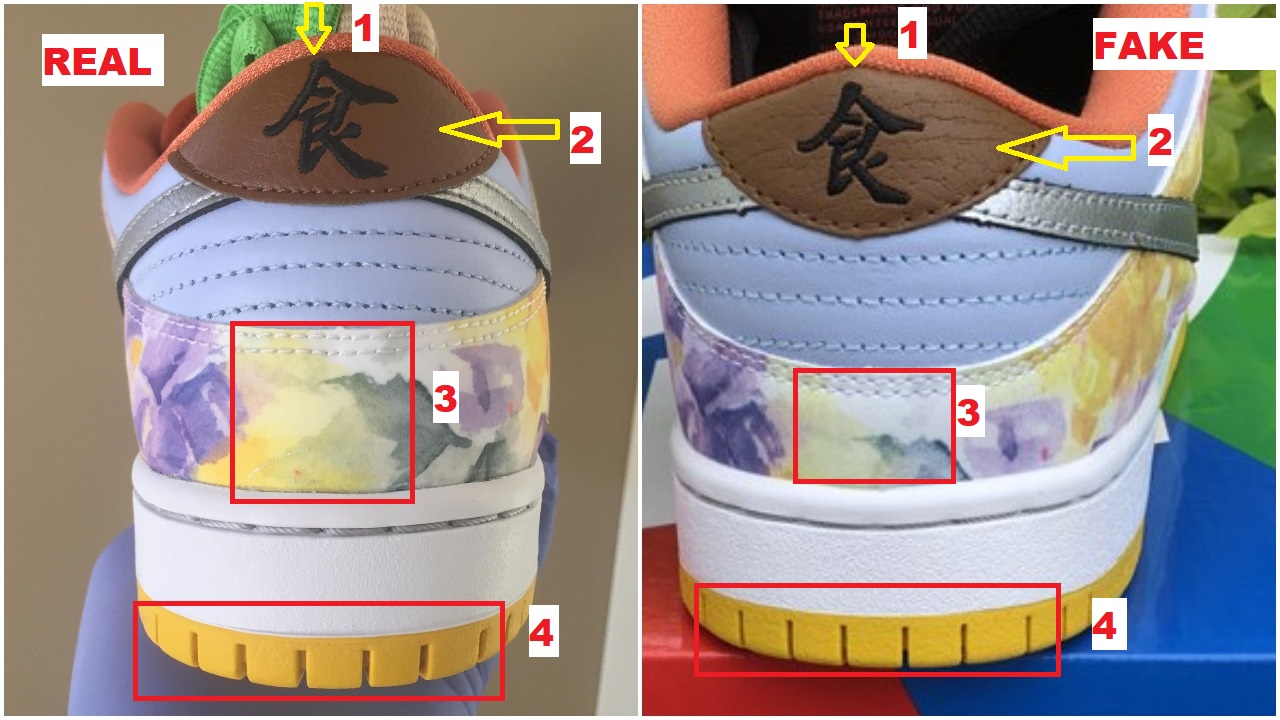 (1) the emblem on the back is almost adjacent to the edge of the of the heel liner, it’s also smaller on the fake pair and there are clear nuances

(3)the heel overlay is cut to low on the fakes 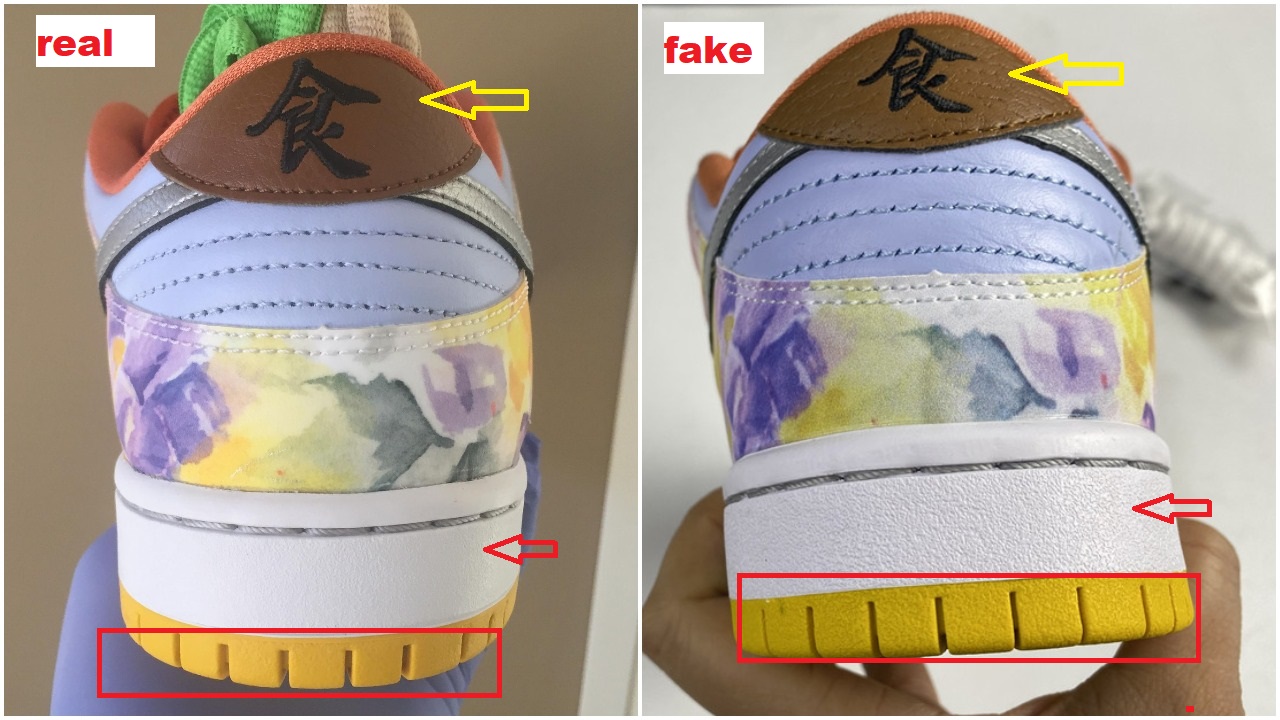 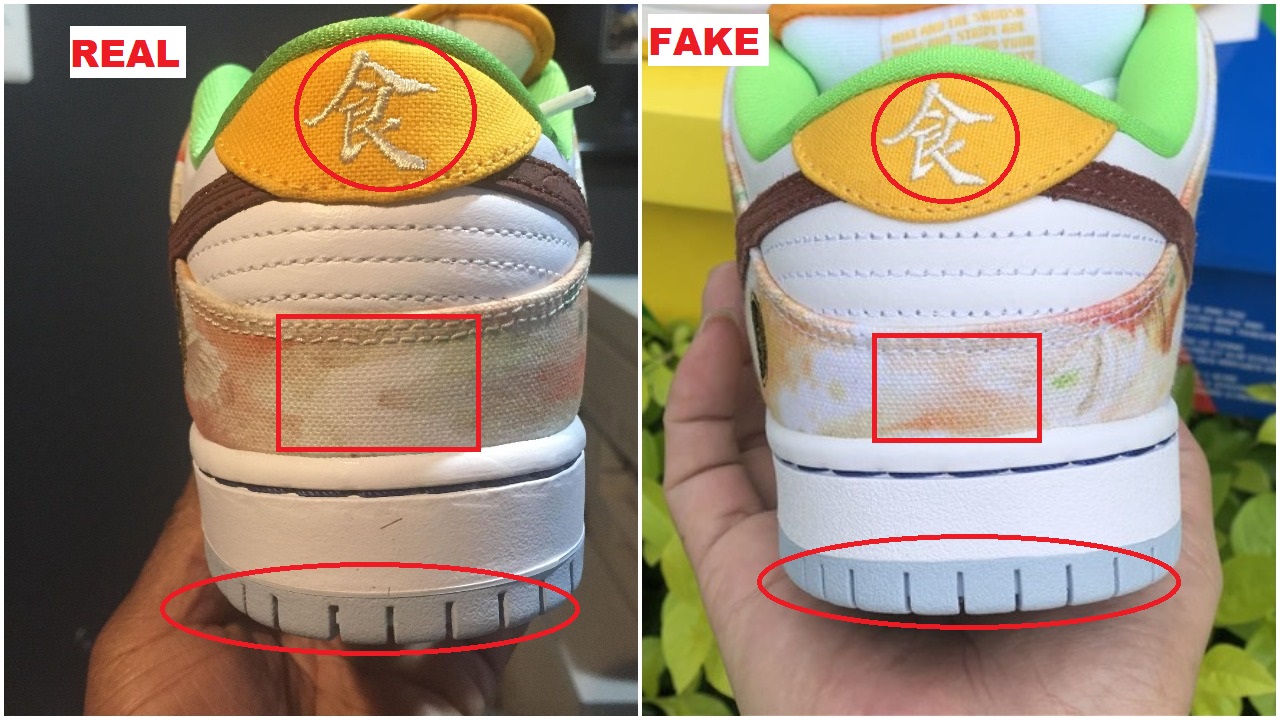 LEFT PAIR: The emblem on the back is smaller on the fake pair, the overlay has a higher cut, the cracks on the midsole are wider and the color isn’t the same. 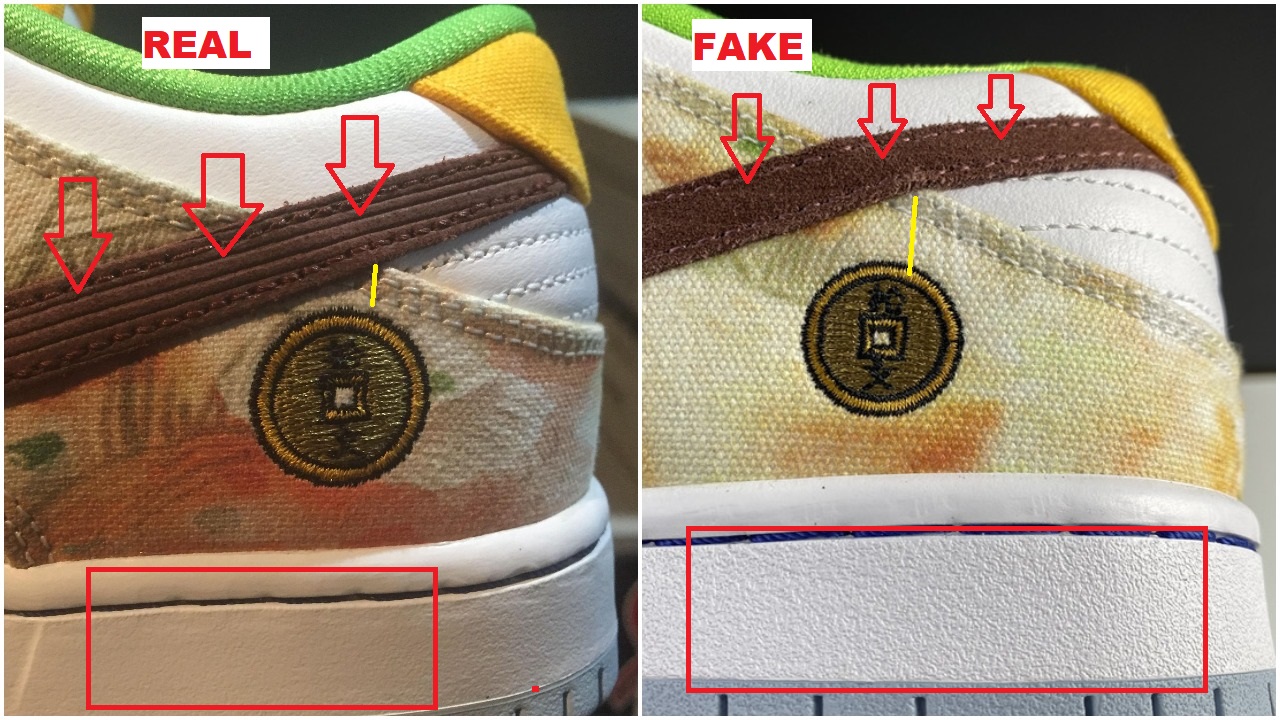 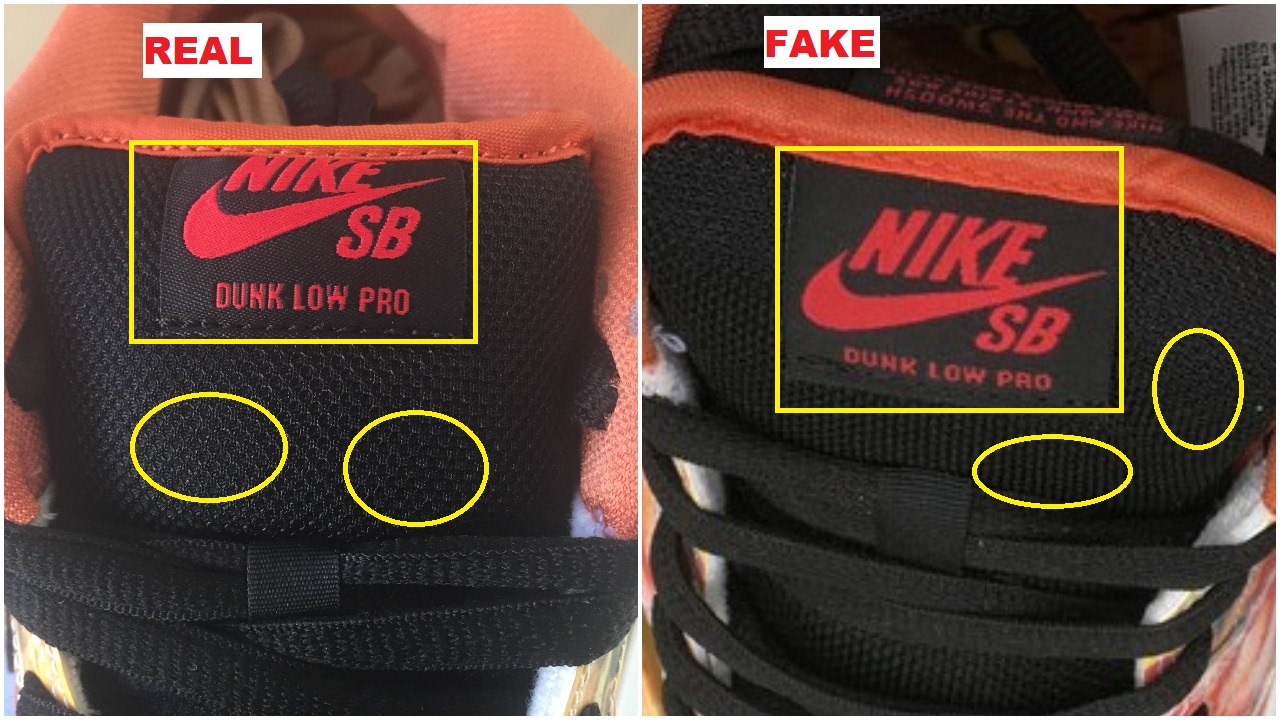 The “nike sb” text is adjacent to the edge of the tab on the authentic pair. the “dunk low pro” text appears smaller on the fake pair. The mesh material used on the tongue and its extension isn’t the same, see yellow circle. 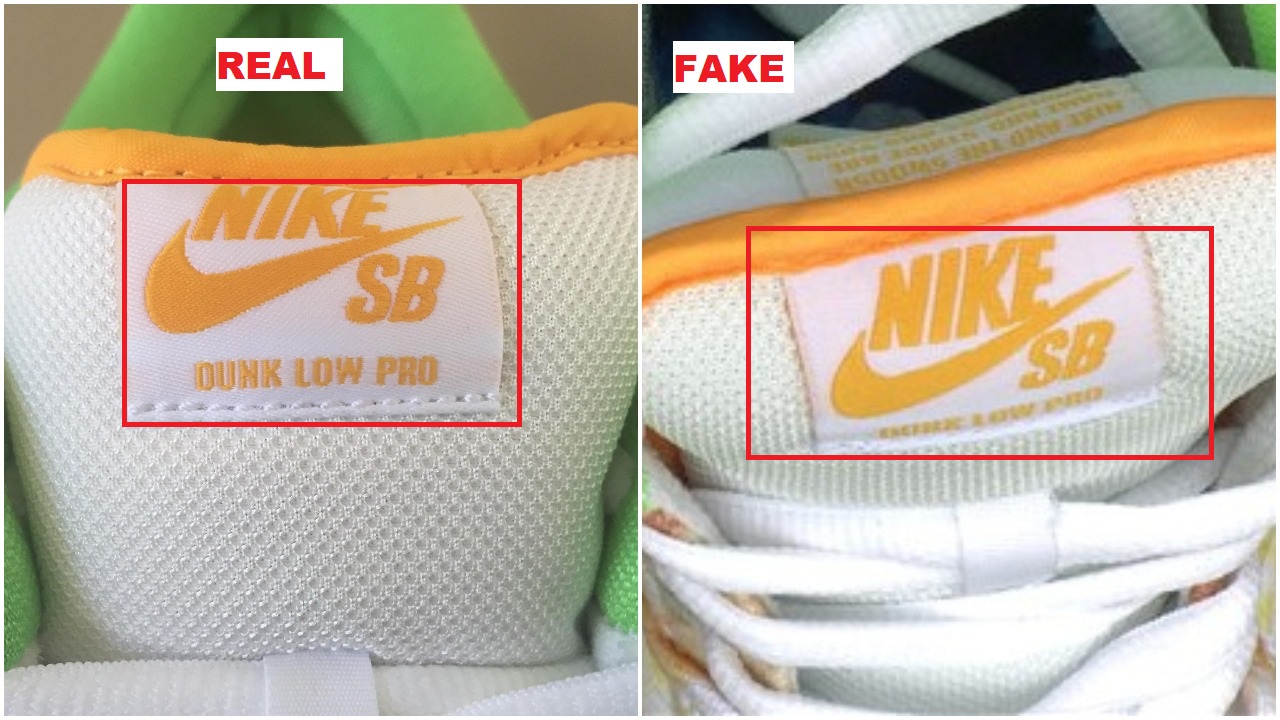 No comments needed ere, the differences are obvious. 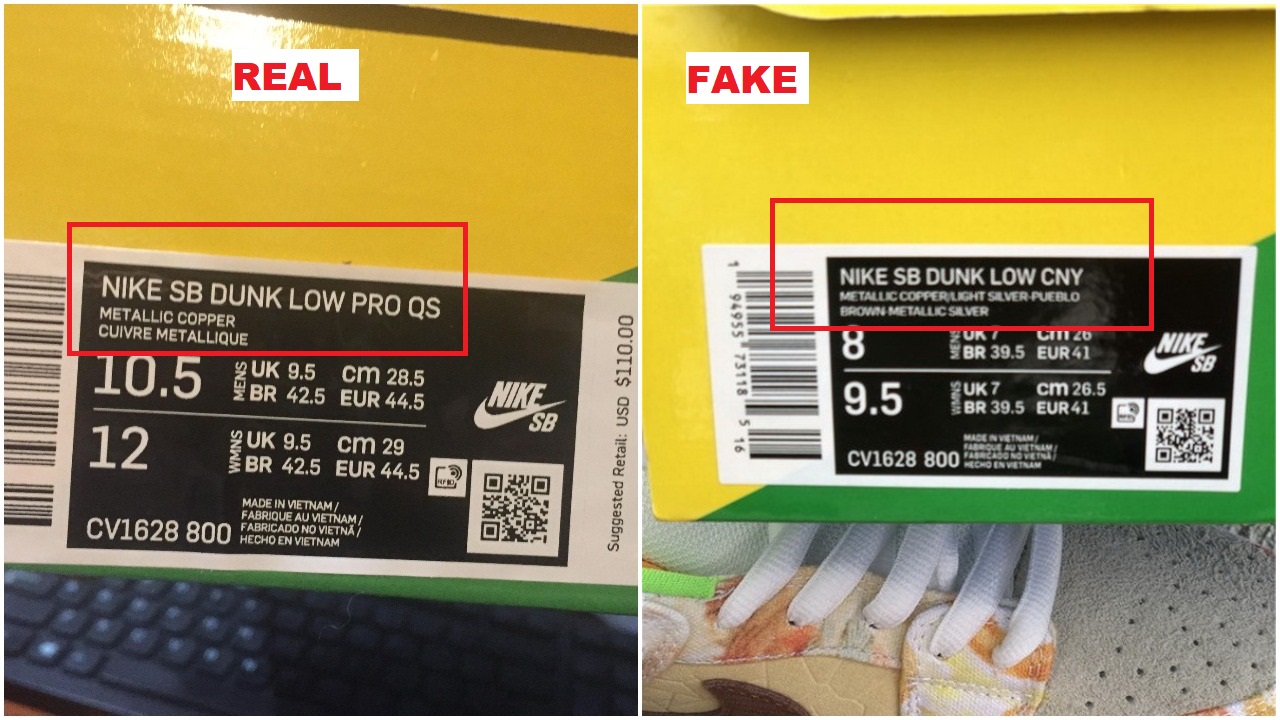 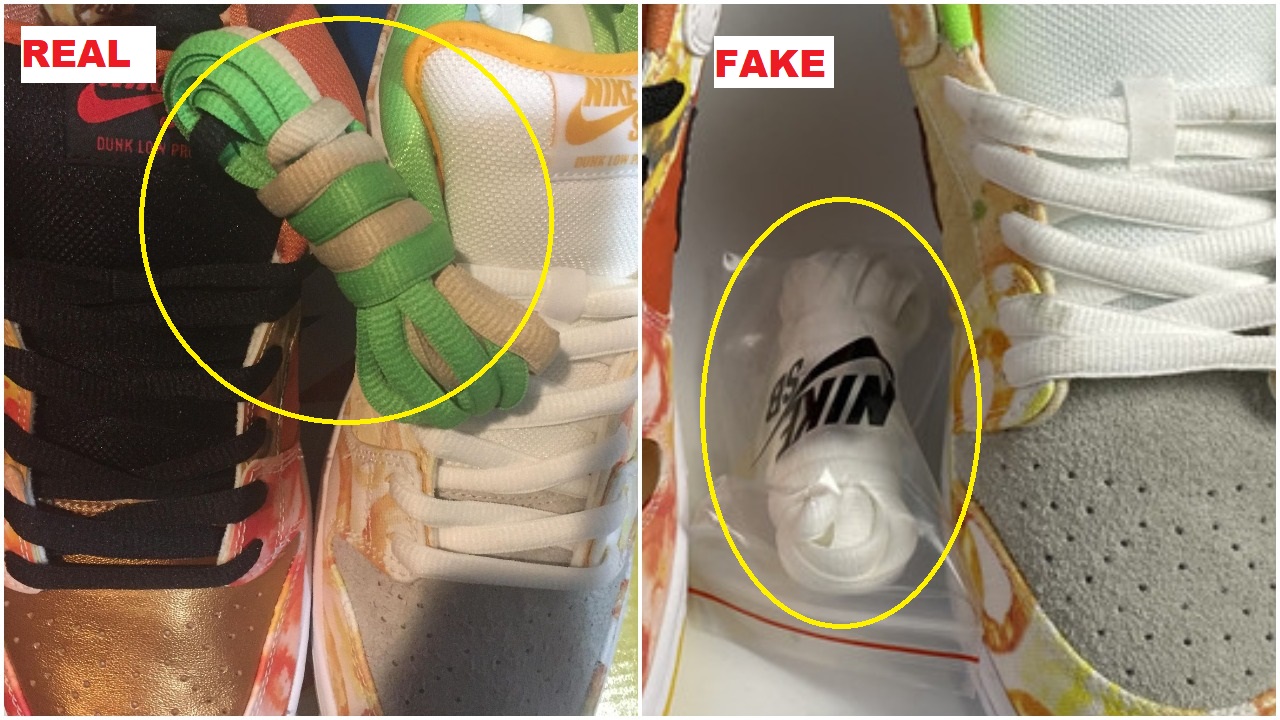 There you have it folks, you can check out our other real vs fake comparisons via the Legit Check page.

If you want me to authenticate your shoes for you, fill out the form in the page below

You can buy authentic pairs on eBay via authenticity guaranteed, CLICK HERE