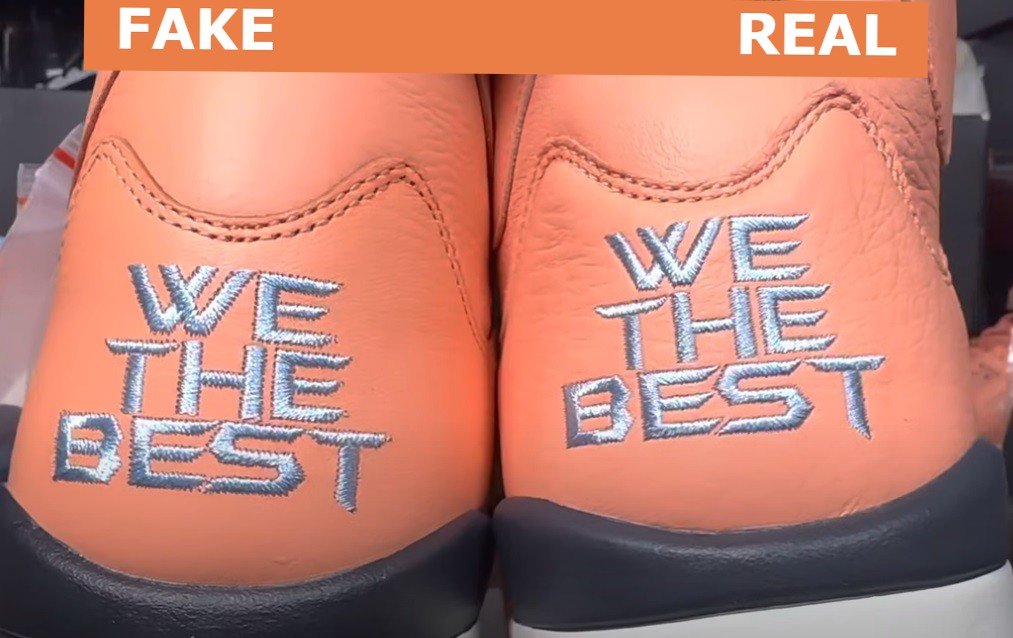 With the meteoric rise of DJ Khaled, the intersection of fashion and music has become more pronounced. With that said, it would only makes sense that the iconic musician has decided to collaborate with Jordan Brand on his latest Air Jordan 5 silhouette, christened ‘Crimson Bliss’. While most people are still trying to track down a pair, there is also an ever-encroaching presence of counterfeits flooding out within the sneaker market. To help protect you from getting hoodwinked, today we’ll be walking you through some key identifiers so you can spot the fake DJ Khaled Air Jordan 5 Crimson Bliss. First, let’s go through our preliminaries 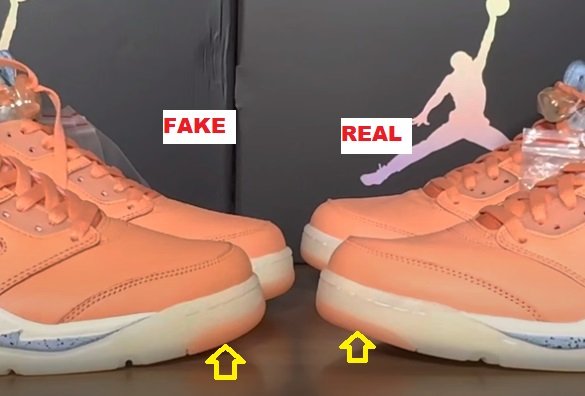 If you look closely at the area under the toe box, the orange substance is much thicker on the fake pair than it is on the real one.

The netting pattern is totally different between both pairs, the figures are more refined on the authentic pair. In addition the backdrop of the netting on the real pair is white.

The toe is a bit bulkier on the fake pair, see yellow arrow and the color of the uppers isn’t the same. It is more of a lighter shade on the authentic pair ( pink and orange) but darker orange on the fakes. 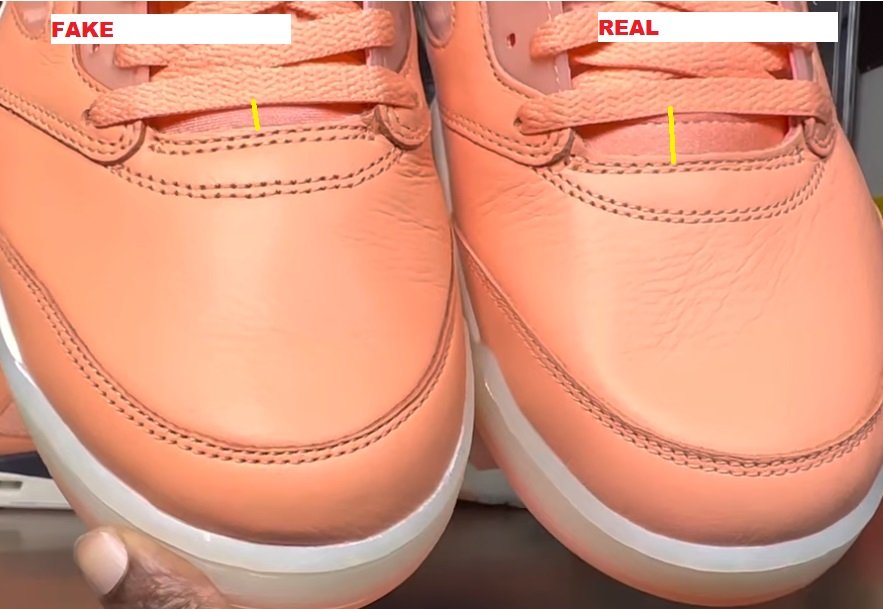 The gap between the first set of laces and the throat line is much wider on the authentic pair, see yellow line. 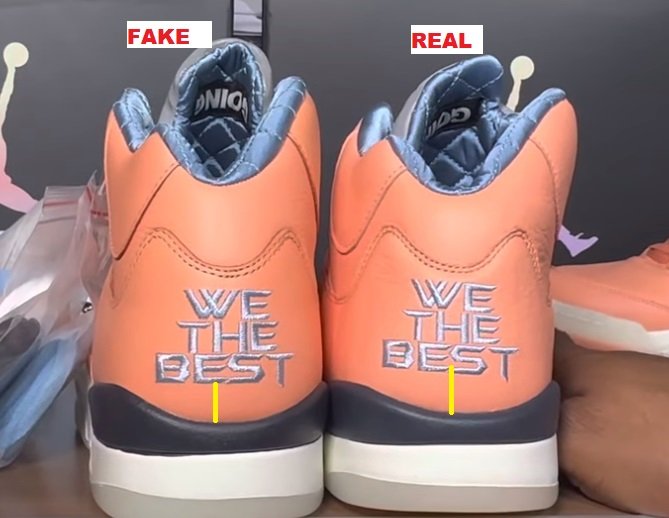 You can clearly see that the gap between the “we the best” text and the midsole is wider on the authentic pair ( both pairs are size 12’s by the way). 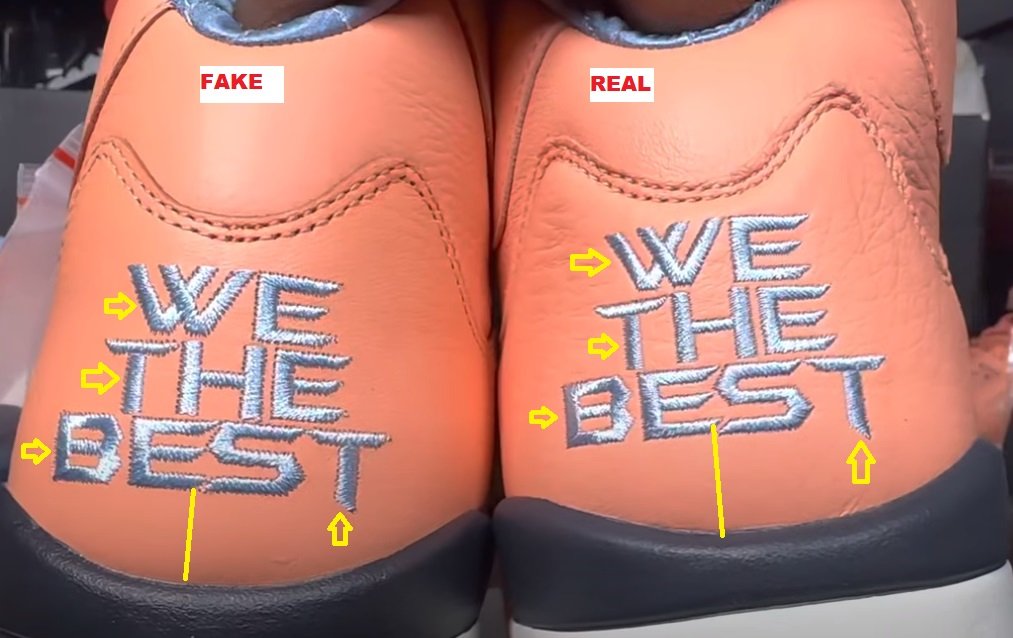 A closer look at the back reveals even more flaws. The stitching around the letters is wavy on the fake DJ Khaled Air Jordan 5 Crimson Bliss ( see yellow arrows). The angle at the bottom of the T in the “BEST” text is sharper on the real pair. And once gain the gap between the “we the best” and the edge of the midsole is much wider on the legitimate pair. 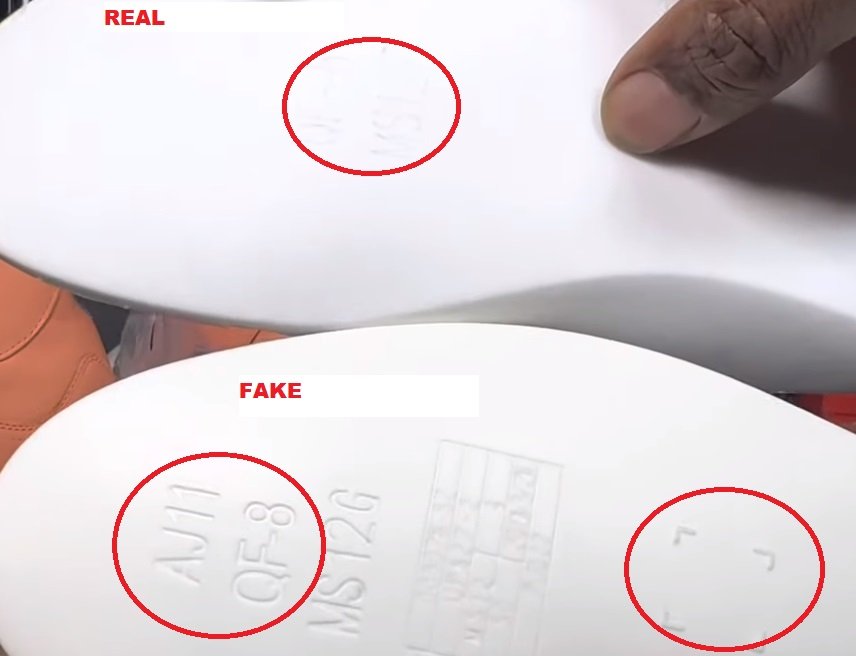 The back of the insole reveals quite some differences. The fake insole’s marking is very legible while the marking on the authentic insole is subtle. Let’s also mention that the markings aren’t the same, see red circles to see the differences. 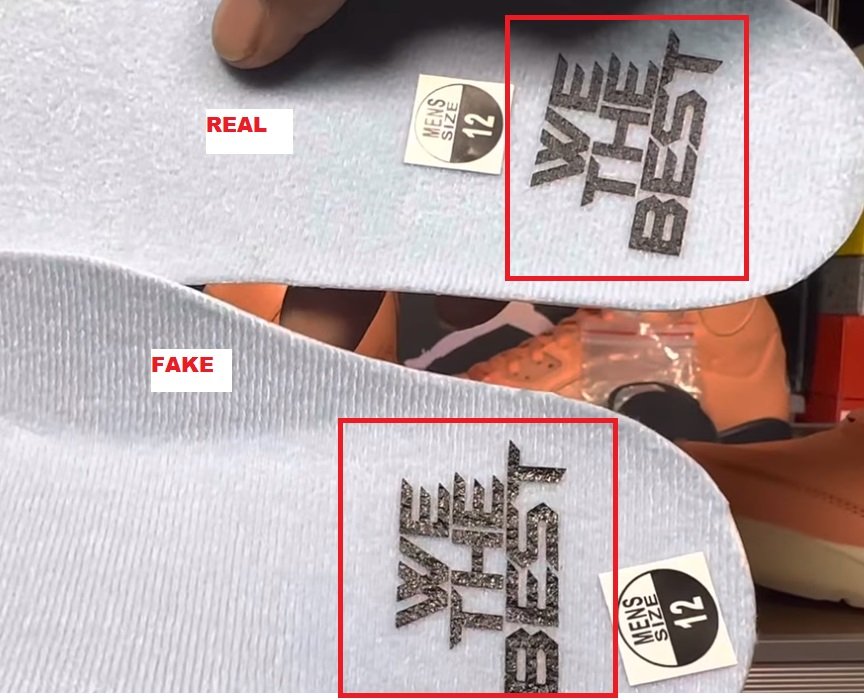 The ‘WE The BEST’ text is printed with a cheap ink and it will probably peel off as soon as one steps foot in the shoe. You can see how shiny it looks in comparison to the authentic pair. 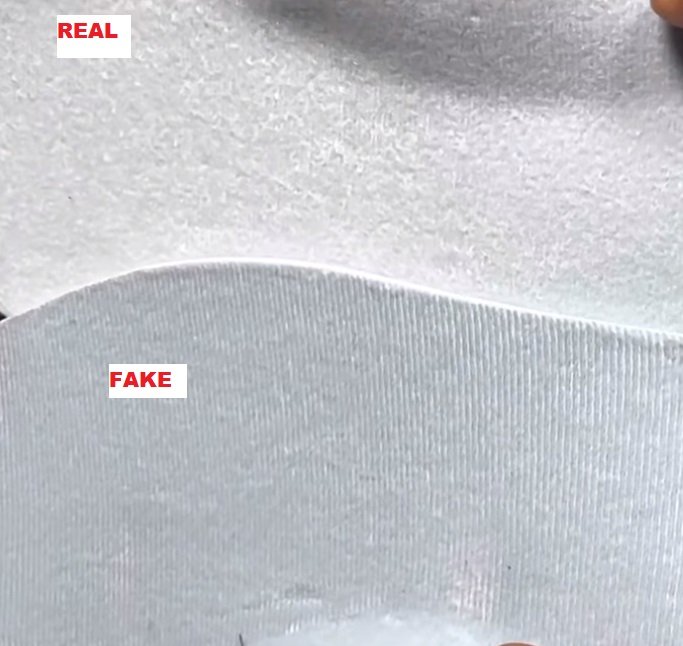 The fake pair’s insole has a blue tint ( with more vivid lines) while the authentic pair is grey ( with more subtle lines). 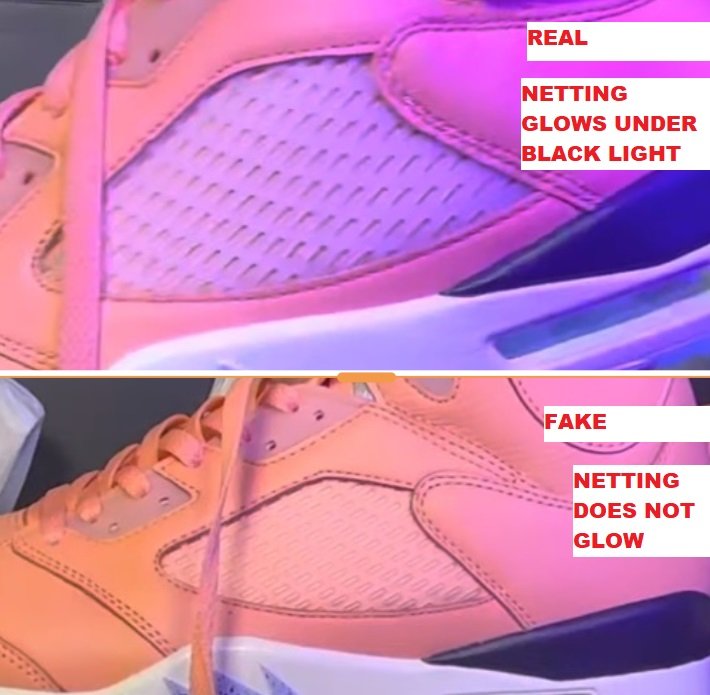 The fake Jordan 5 DJ Khaled Crimson Bliss’ netting doesn’t glow under the black light while the real pair does.

The Nike Air logo and text is much smaller on the fake pair’s box. And the gap between the top of the box and the Nike logo is much wider on the real pair, see yellow line. 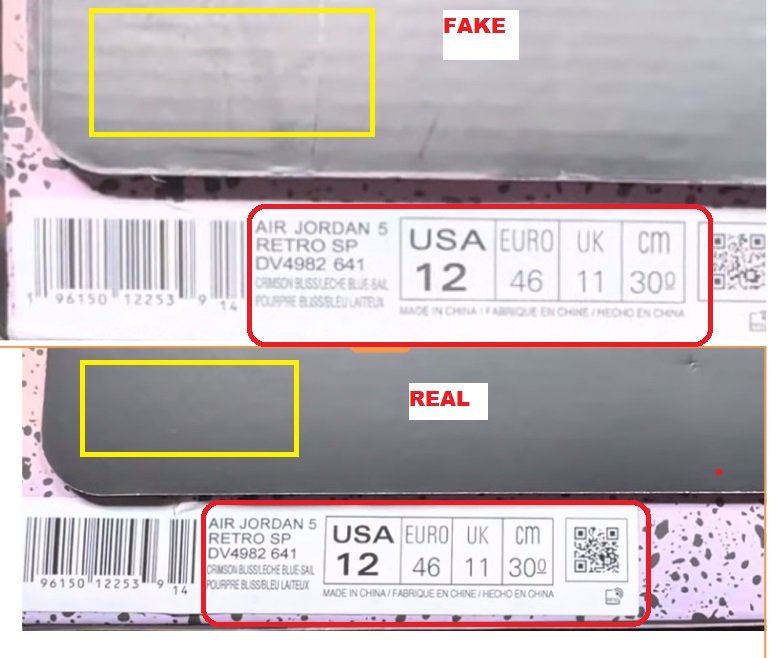 The lid of the fake pair’s box has ridges ( wrinkles) on it, see yellow rectangle. The letters on the box label have a bigger font on the fake pair.

There you have it folks, hopefully you’ll be able to spot any fake  DJ Khaled Air Jordan 5 Crimson Bliss with these tips.  I leaned on Jacob Marcellus’ video for this post as well. I’m sure the fakes will be upgraded but thus far, these are the nuances that were noticed.

Where To Buy Legit Pairs Of The Jordan 5 DJ Khaled

You can use our shopping service to buy a pair, we’ll help you locate an authentic pair, see details below