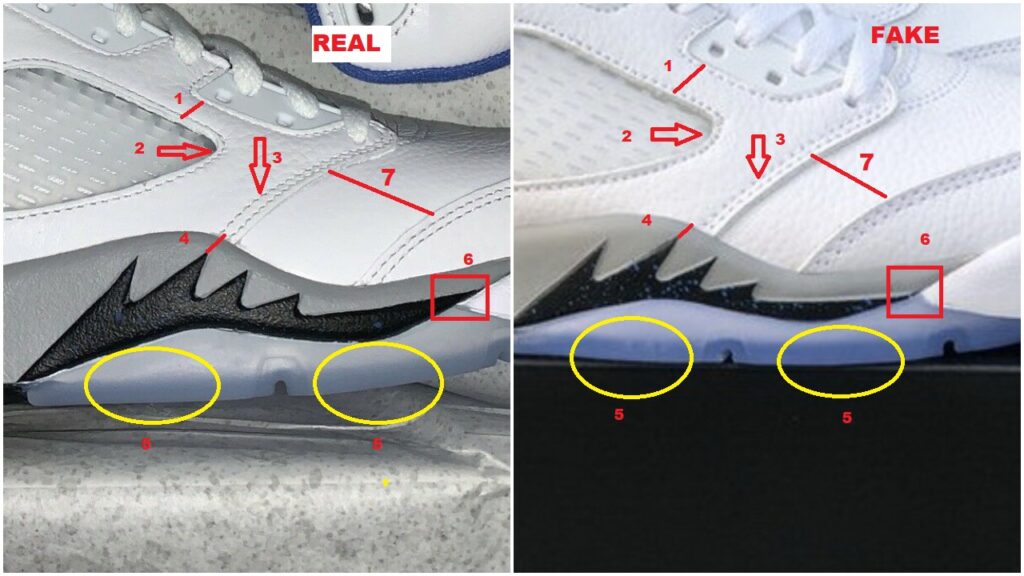 The Jordan 5 Stealth released this past Saturday March the 27th and sold out everywhere. I had no idea that fake pairs of these were going to be made. While doing my routine check up this morning, I came across the fake air jordan 5 stealth and wanted to quickly show you how to spot and identify it. As usual, it’s always imperative that we go through our preliminary steps.

Now let’s talk about the flaws ( by the way both the legitimate and the fake pairs are size 8.5’s) 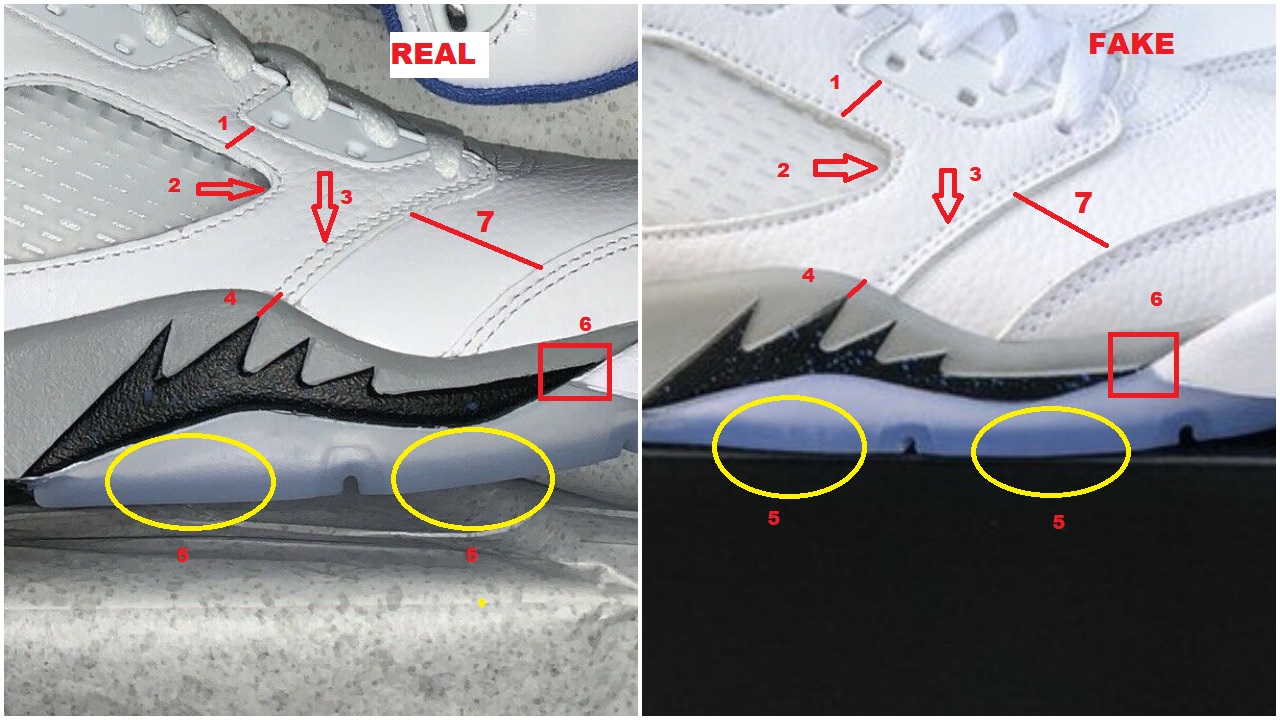 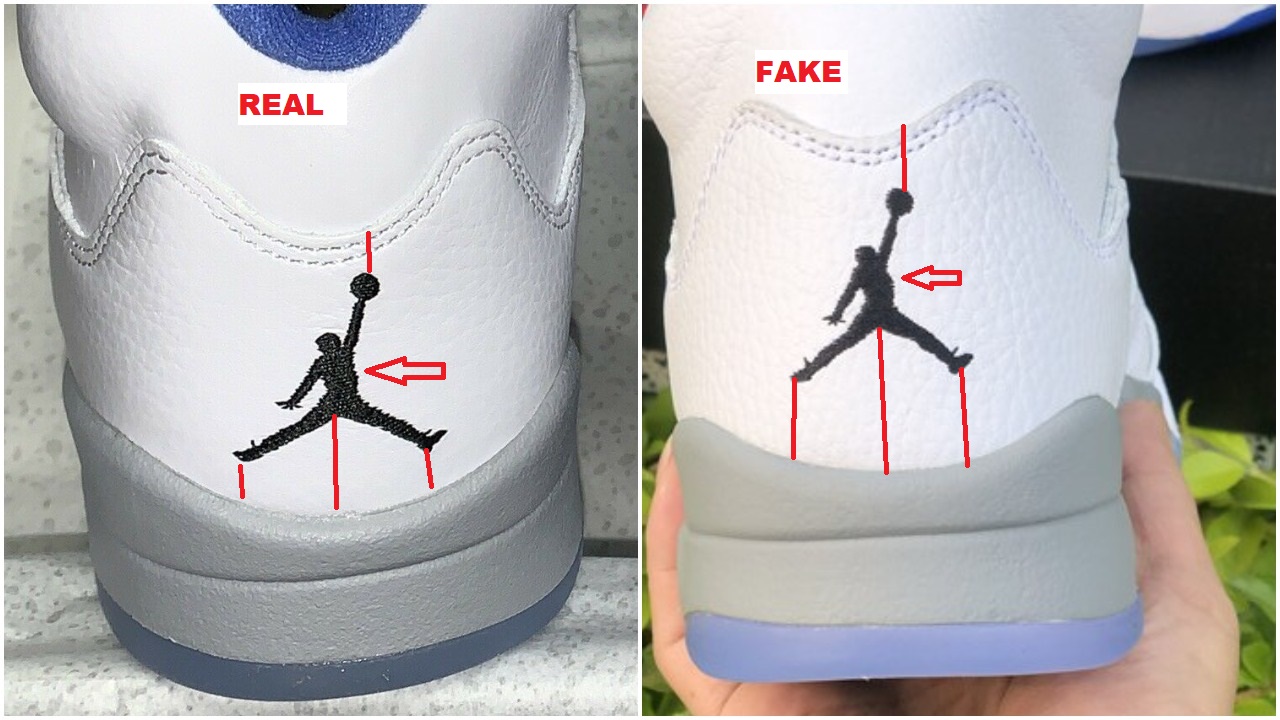 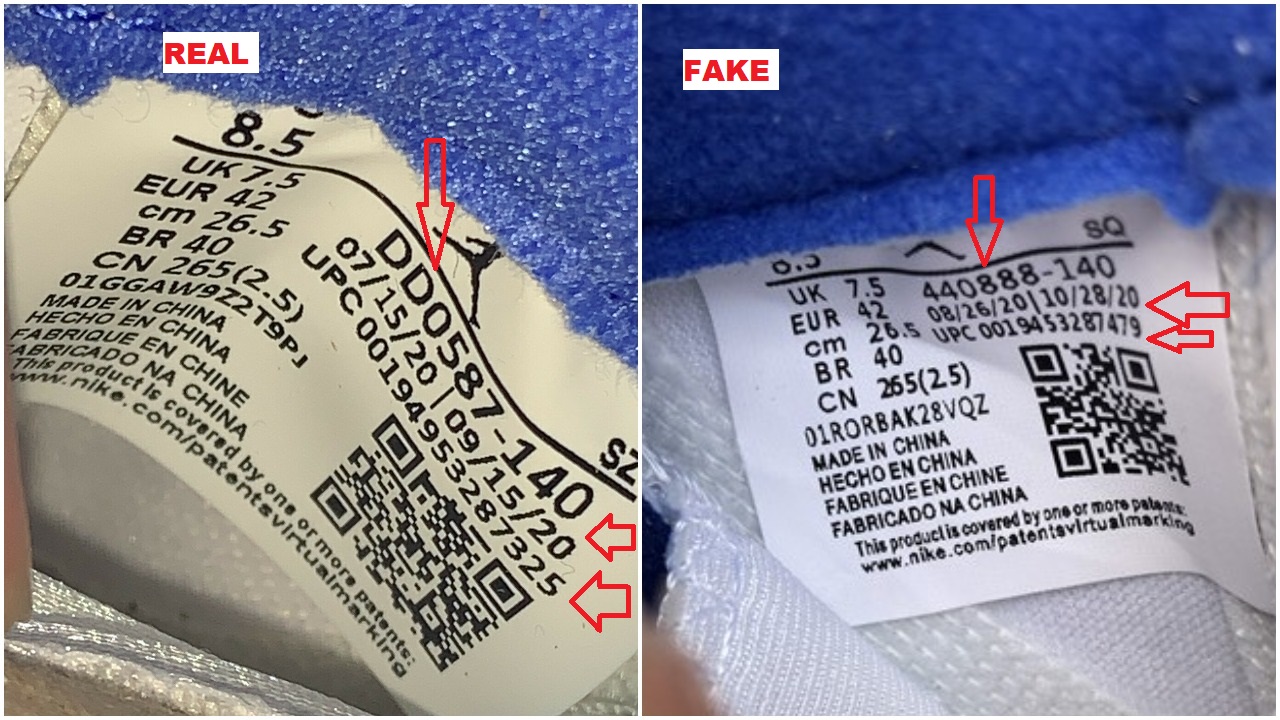 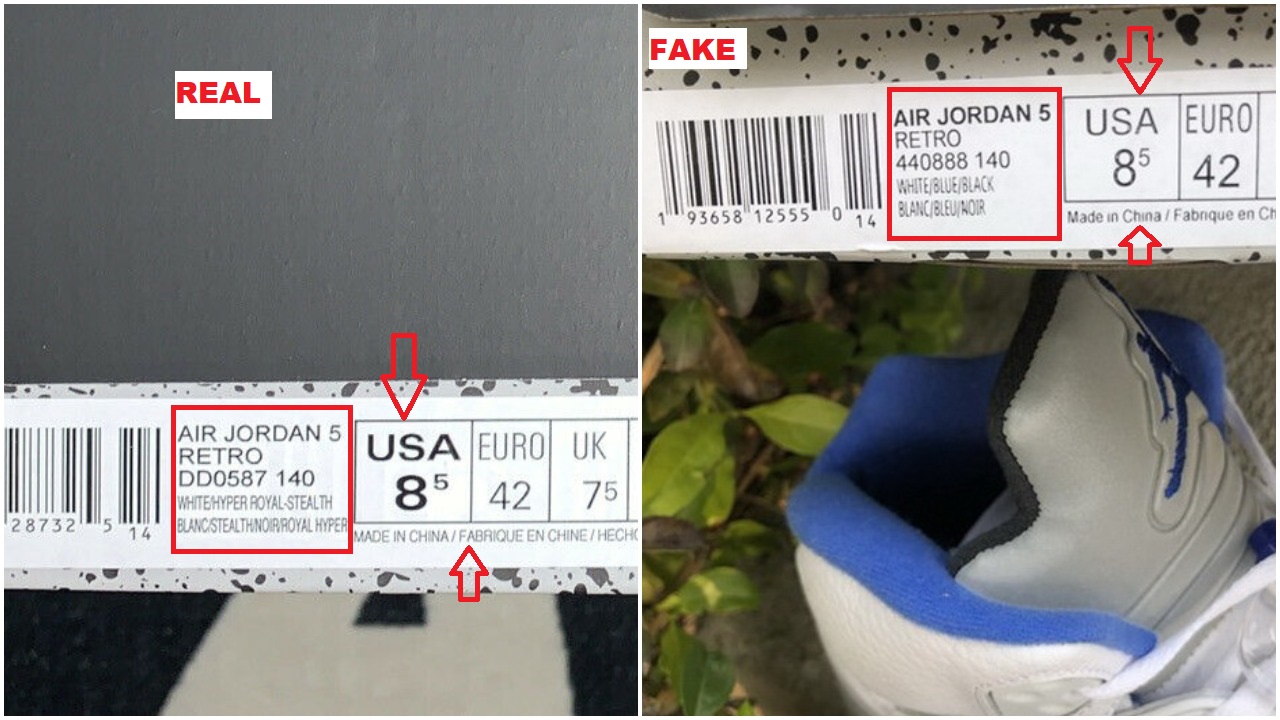 The box labels are totally different, they don’t display the same information ( the style code isn’t the same), the color code is also different and the prints are also not similar.

You can purchase authentic pairs on eBay via authenticity guaranteed, se listings below