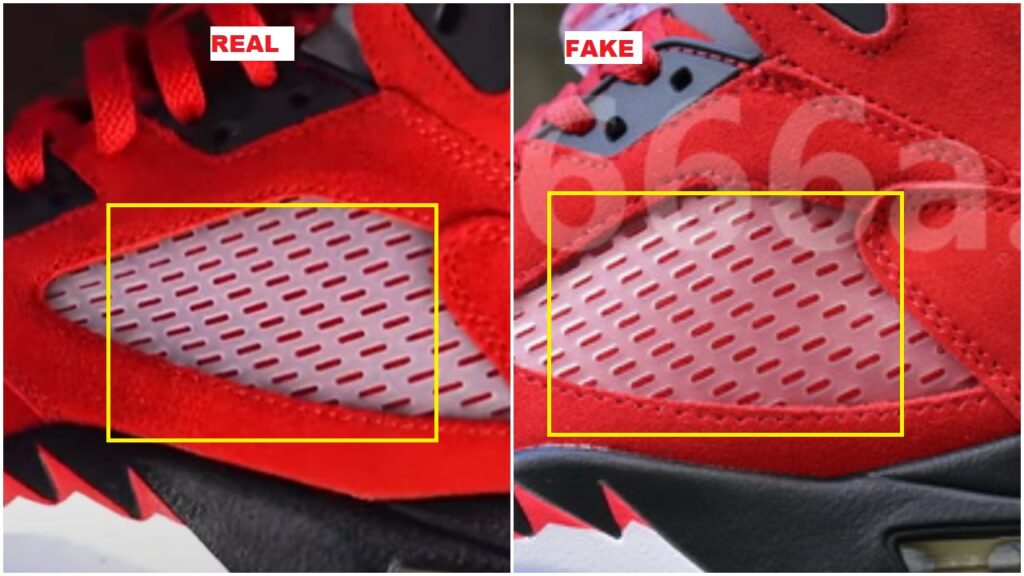 The Fake Air Jordan 5 Raging Bull has been out for several weeks and today I’ll quickly show you how to spot and identify it. I shared a projection on the number of legitimate pairs that could be produced about 24 hours ago, see link below

This is a shoe that is obviously highly targeted by the replica industry because of the high demand for this colorway. The fakes I came across are probably part of the early batch so I’m sure once the bootleggers read this post, they will update the current inventory they have. Before I show you the actual flaws between the legitimate and the replica pair, let’s first go through our preliminary steps.

Be sure to check out part 2 of this comparison

Now let’s check out the flaws. 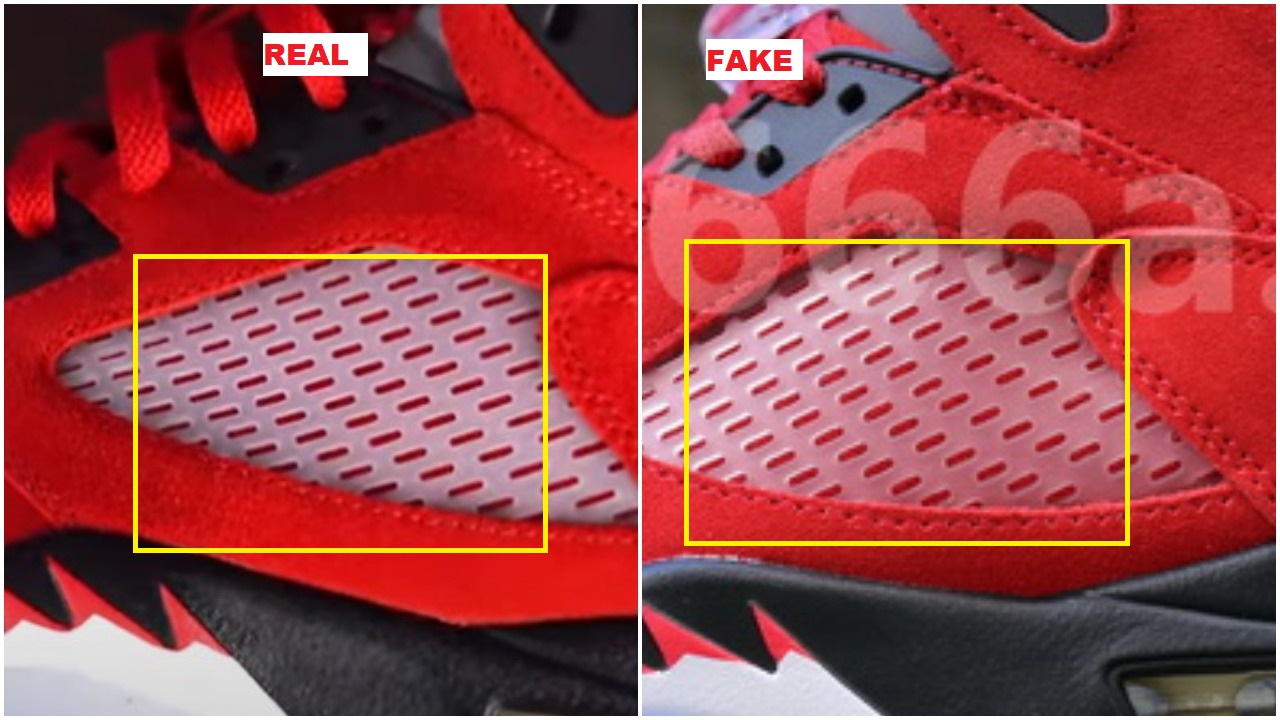 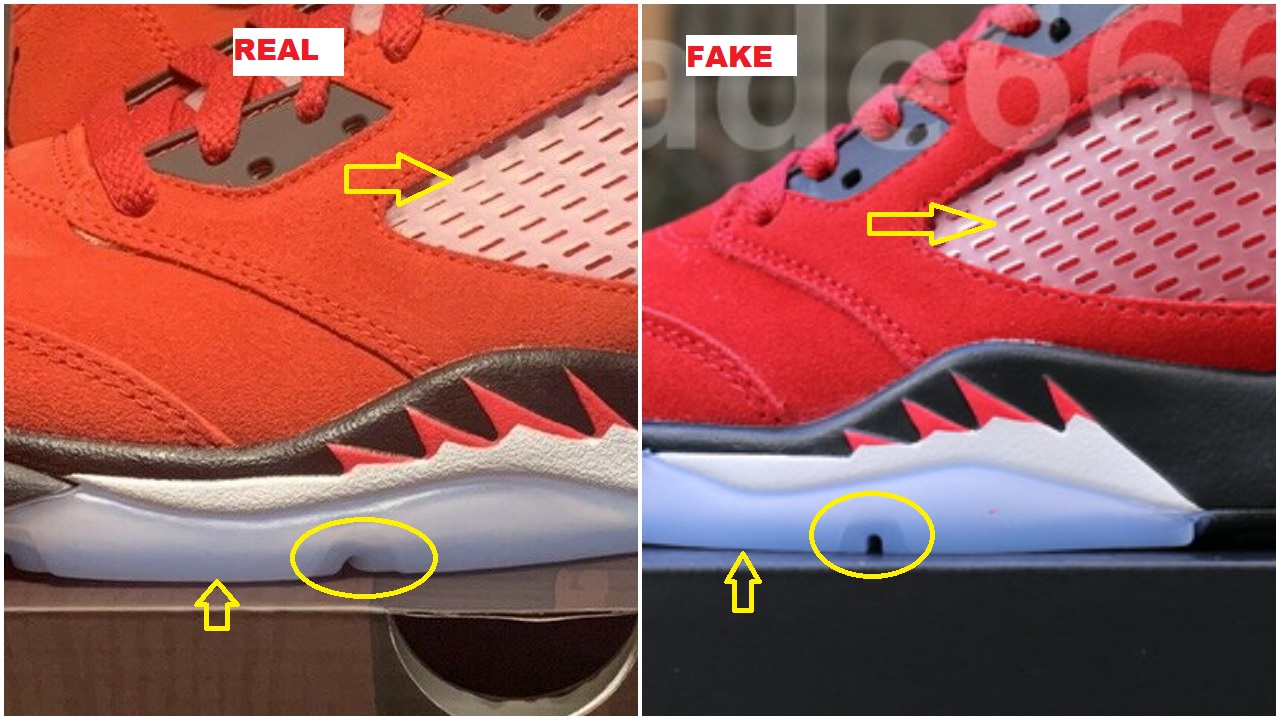 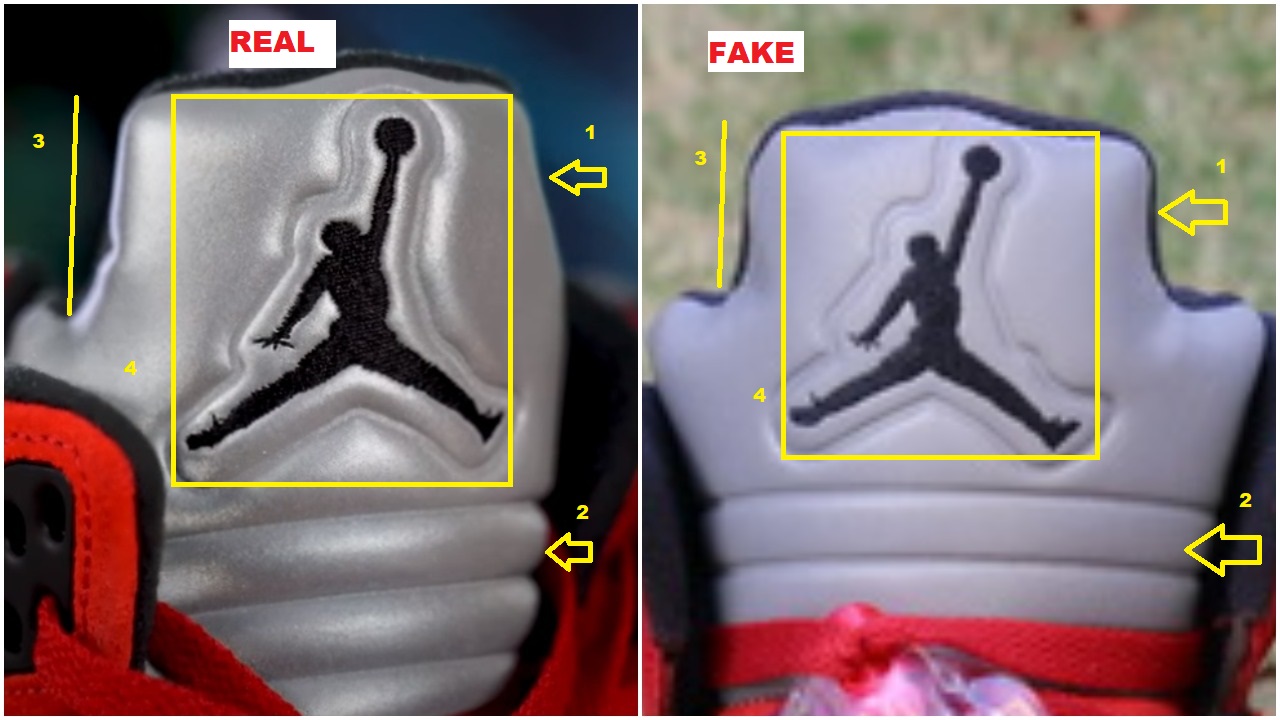 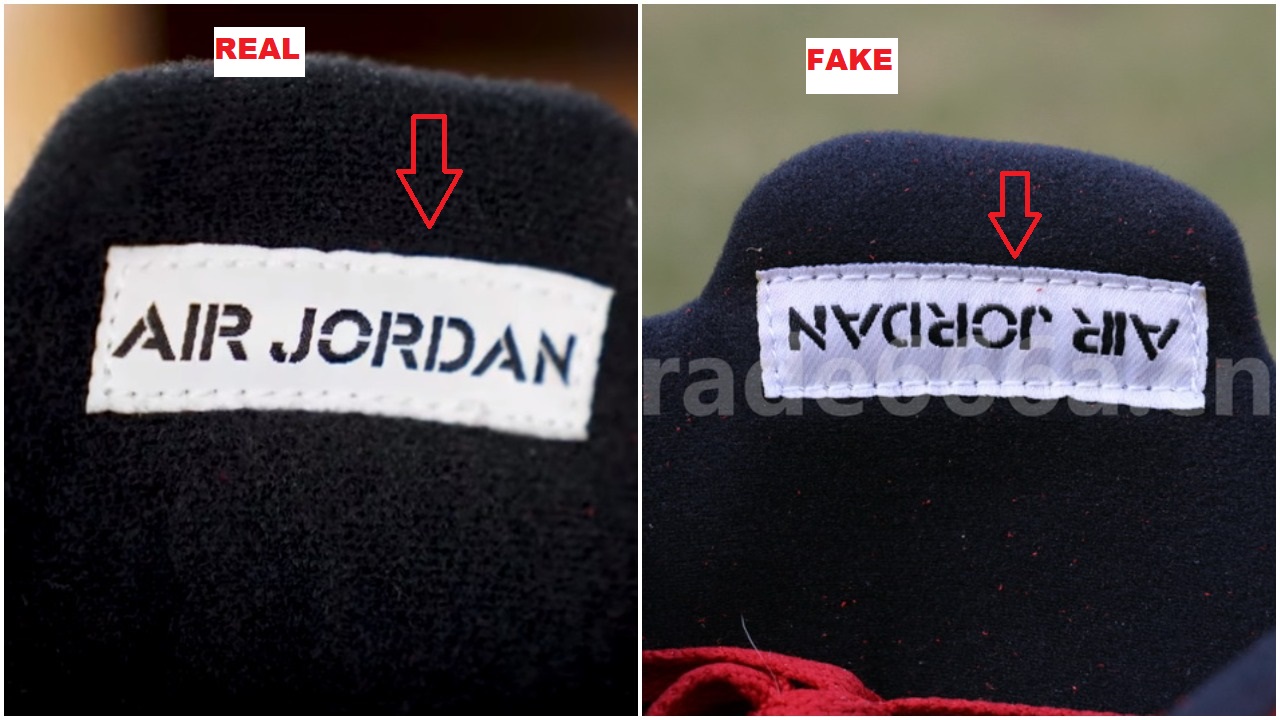 The difference is quite obvious in the picture above, the “Air Jordan ” text  is upside down on the fakes. 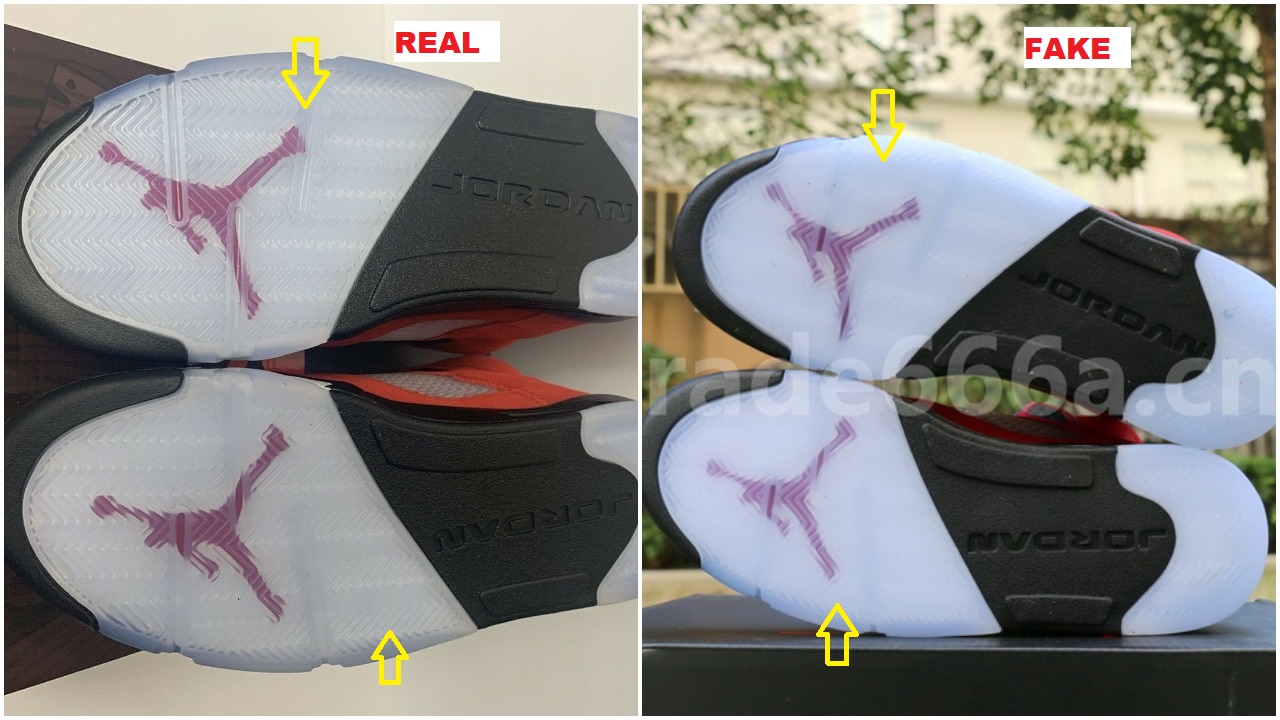 The outsole of the real pair is more translucent and clearer ( I’ve already mentioned it in another picture). 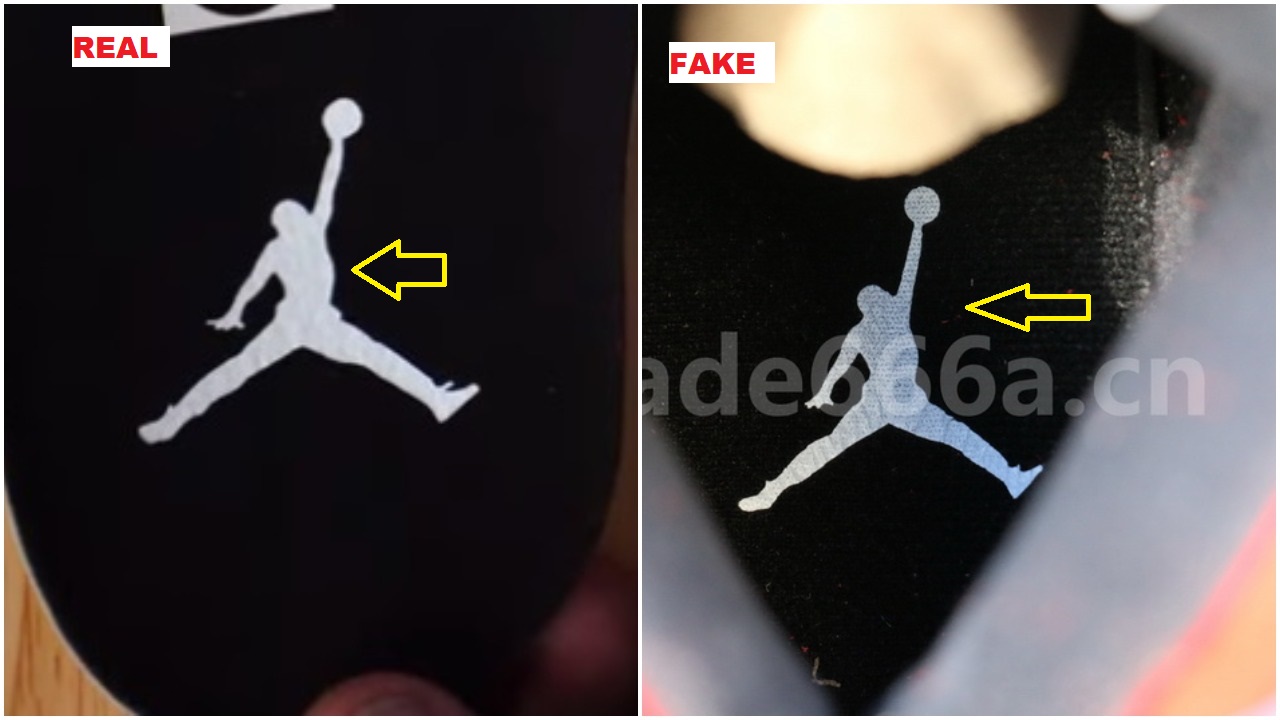 The ink used on the jumpman logo of the real pair is  almost indelible. As soon as someone wears the fake pair, its jumpman is going to easily come off ( that’s because the ink used on it is cheap). 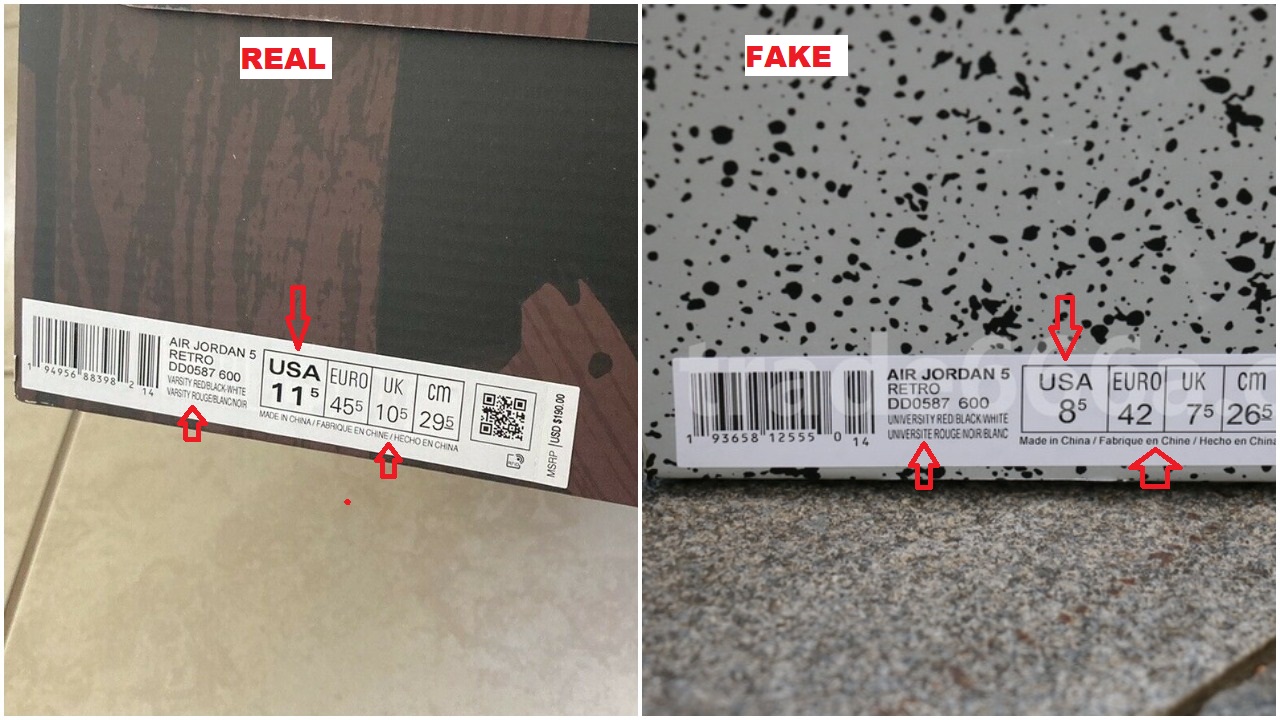 If anything the first thing that you ought to do when buying the Raging Bull 5 from a third party marketplace seller is ask to see a picture of the box. The fake pair has the wrong box and label. You can zero in on the arrows and see all the flaws.

There you have it folks, so far these are the only notable nuances that were spotted. I’m sure that in weeks to come, better fakes are going to pop up, so I’ll be sure to update the post.

You can buy legitimate pairs from the retailers above or on eBay from our featured sellers via authenticity guaranteed, CLICK HERE