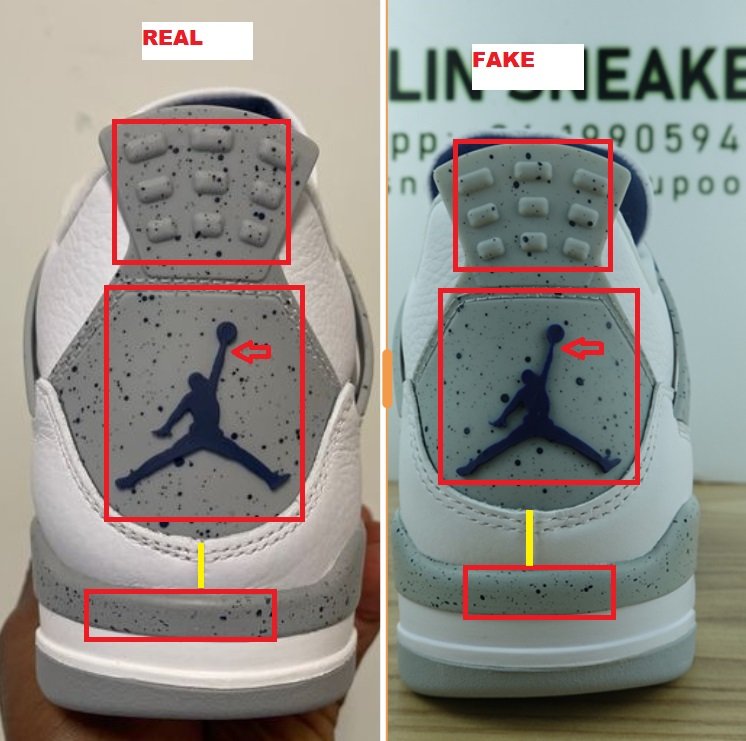 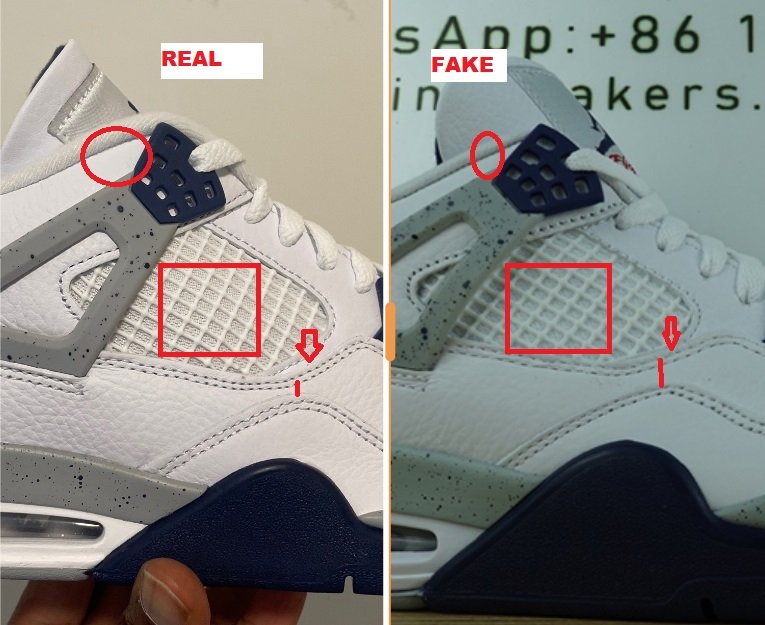 The grey color on the fake is much more pale ( greenish grey on the fakes) whereas the grey is of a darker shade on the real pair, you’ll recognize this more as we continue to highlight the flaws. 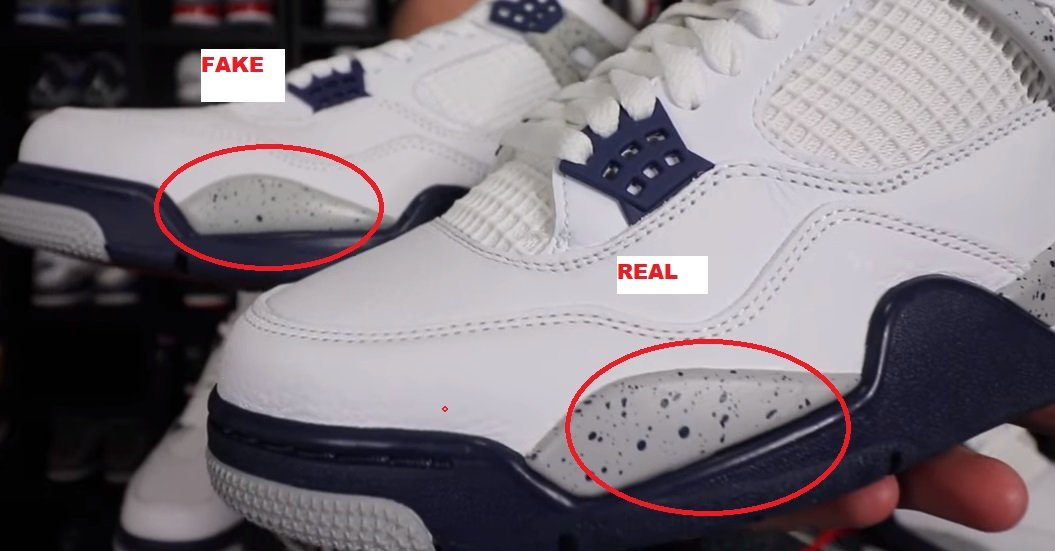 Once again, zero on the grey color and also notice how there are more speckles on the real pair than there are on the fakes.

The real pair above is my own pair. As you can see the grey color is of a darker shade on the legitimate pair. The Fake Air Jordan 4 White Midnight Navy has a paler shade of grey, see red squares and rectangles. The yellow dash shows you how the heel overlay is cut a little higher on the fake pair. The red arrow shows you how the wrist of the jumpman is thinned out on the replica pair. 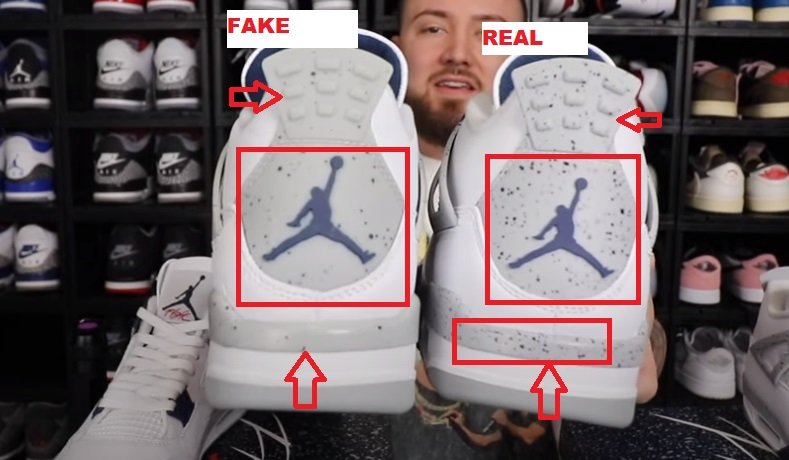 I confirmed the differences in the grey color with another video on Youtube courtesy of Hegotkickz. As you can see, the grey is really pale on the fakes, and the speckles are very minimal on the replica pair as well. 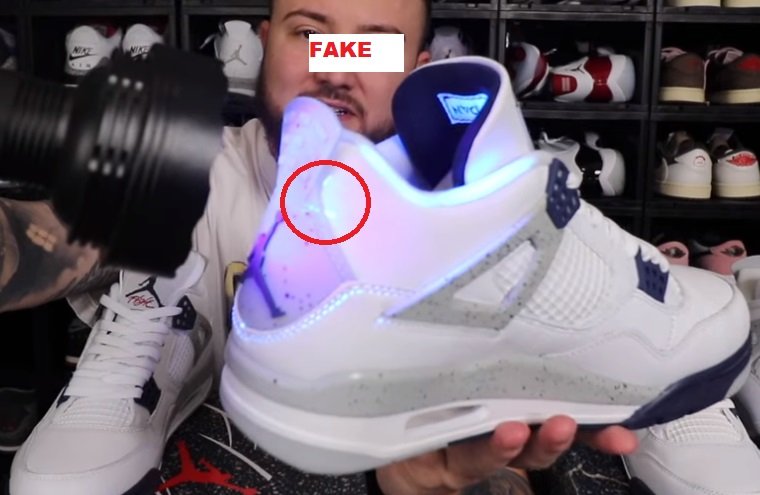 The black light revealed the dotted or trace marks on the back of the fake pair, see red circle. 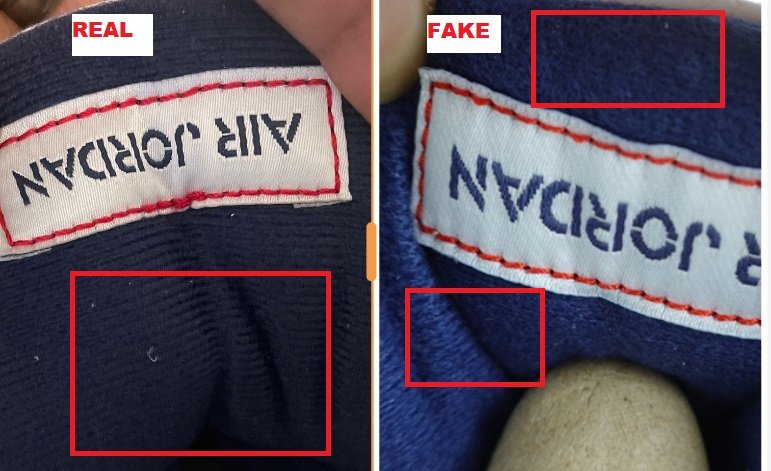 The first noticeable difference is the color, the authentic pair features a midnight navy shade while the fake one appears to be royal blue. You’ll notice how the horiztonal lines are clearly defined on the real pair.

The fake pair has a smaller box, the yellow lines highlight the differences in the height. The grey color on the inside is again greenish and pale grey on the fake pair. 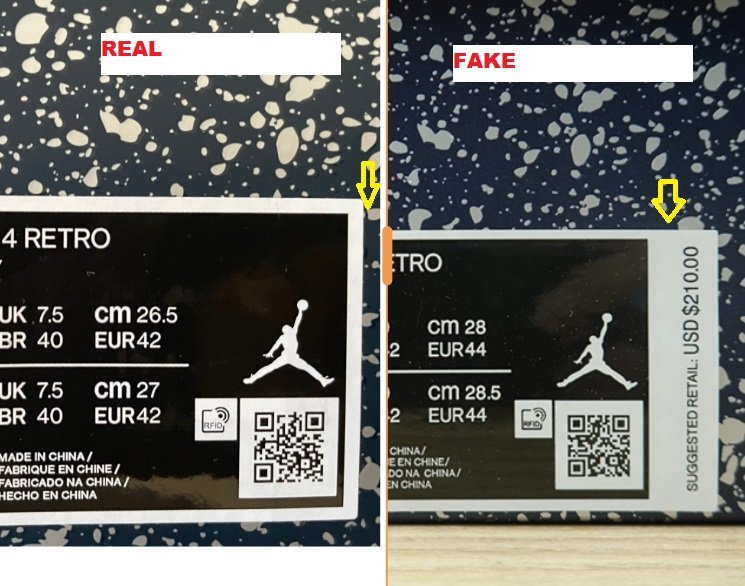 The fake pair comes with the suggested retail tear up sticker while most authentic  pairs no longer have that , see yellow arrows.

The speckles on the fake pair’s tissue paper are of a darker shade, see red circles. 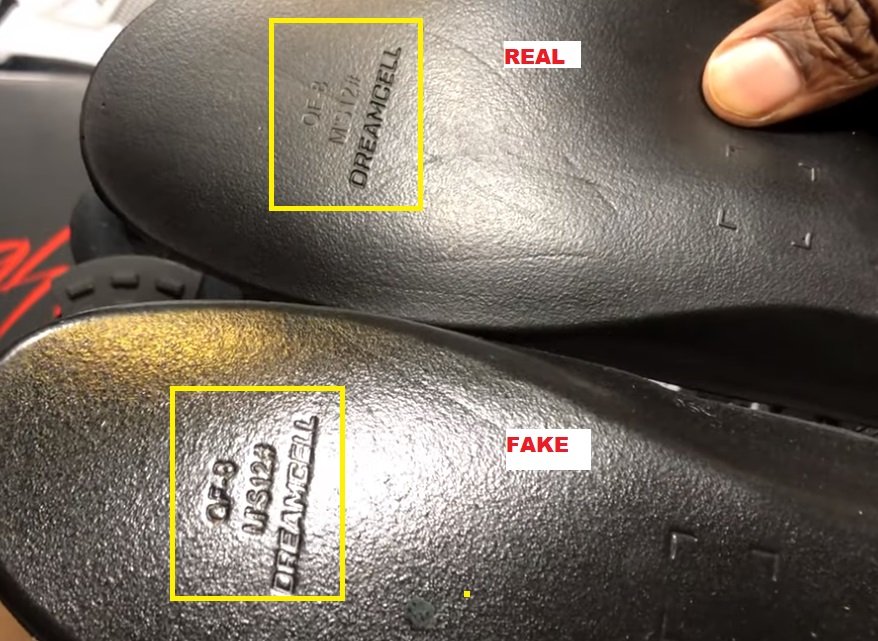 The wording on the back of the insole is first larger on the fakes but the print looks awful as well ( poor craftsmanship). And it is also more shiny on the replica pair.

There you have it folks, hopefully you’ll be able to spot any fake Jordan 4 Midnight Navy with these tips.  I’ll update the post as soon as a the fakes get an upgrade. You can check out our other real vs fake comparisons via the Legit Check page.

You can purchase the size 8.5 from my shop, CLICK HERE