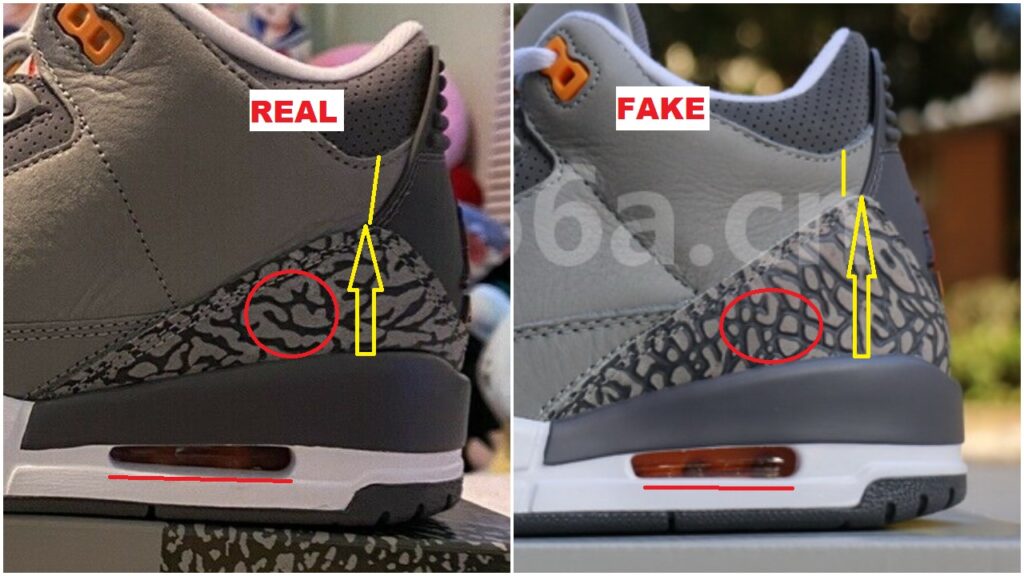 In this post I’ll show you how to quickly spot and identify the fake Air Jordan 3 Cool Grey. I wrote an article a couple of days ago, talking about the number of pairs release, see link below

The replica pairs have been out for months but I was waiting to get access to pictures of legitimate pairs for a side by side comparison. Before we start going through the nuances that I’ve spotted, first let’s go through the preliminary steps.

The cement print overlay has a higher cut on the fake air jordan 3 cool grey ( see yellow arrow and line). The pattern of the elephant print isn’t the same as well ( it is less dense and more spaced out and slanted on the real pair). The print is more compacted on the fake pair and appear to have a vertical direction. The air chamber isn’t very wide on the fake pair ( and the screen lines on it from the paint). 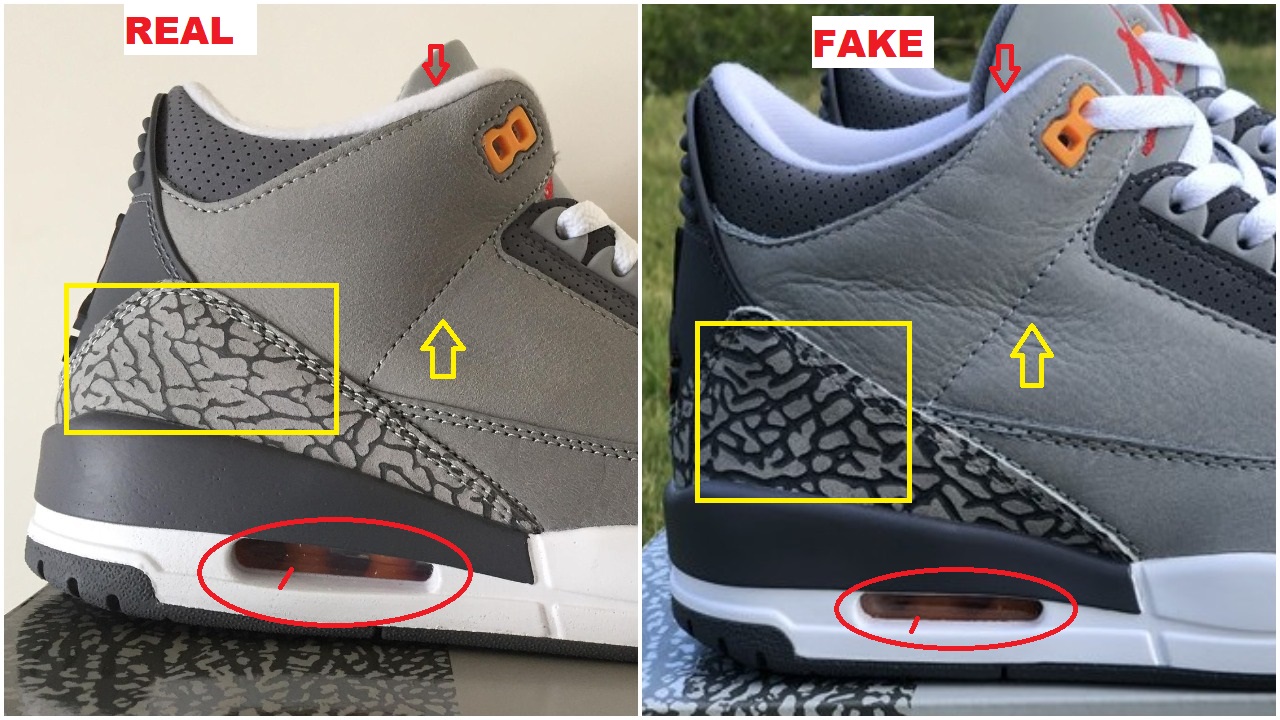 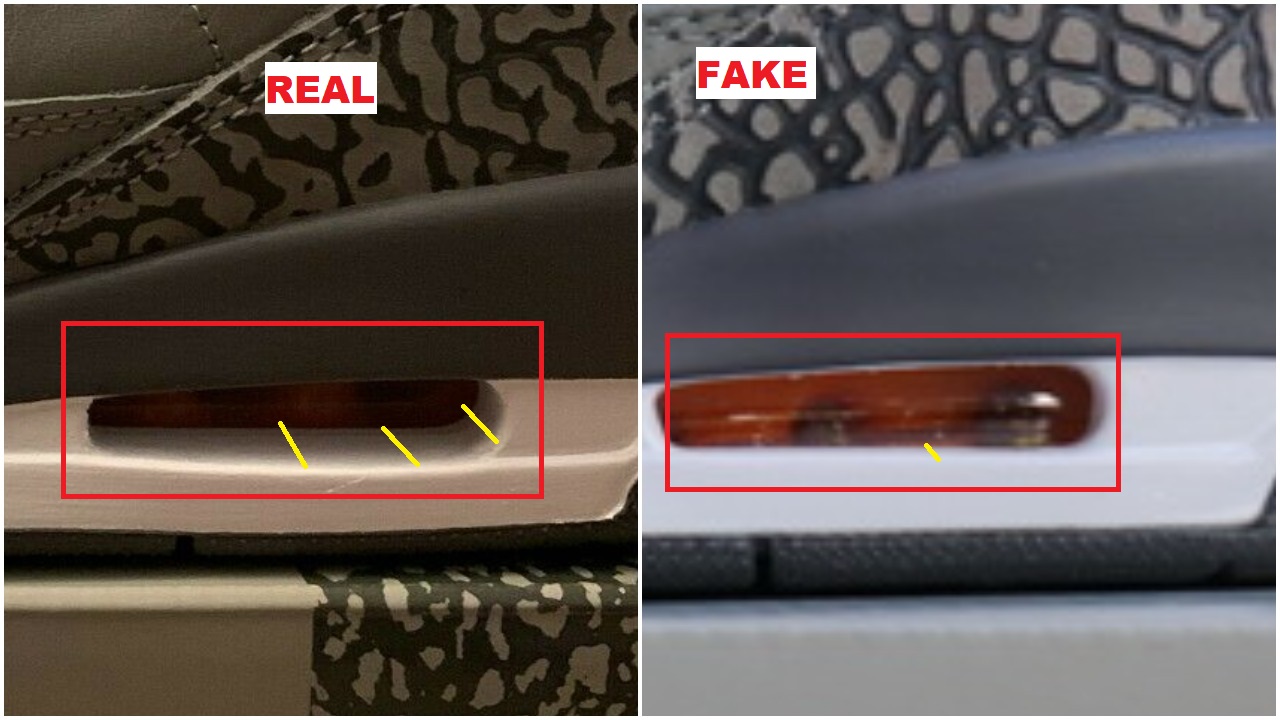 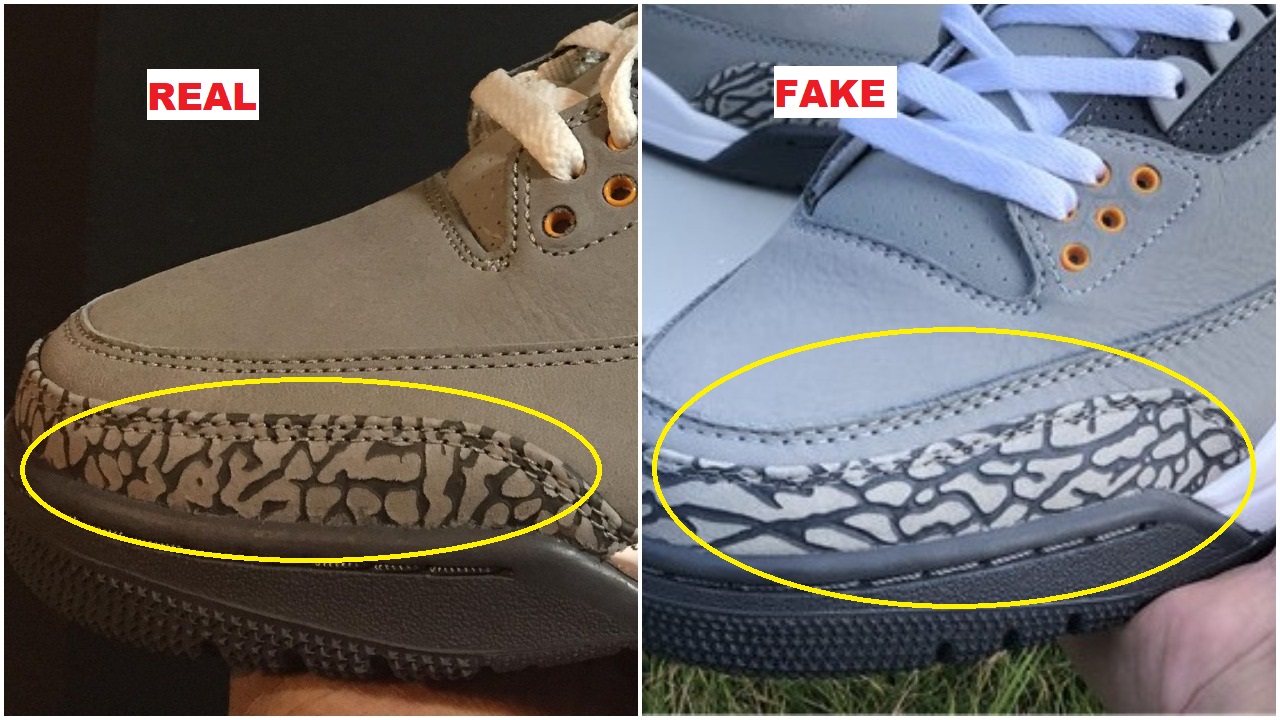 Once again you can clearly see the difference in the cement print overlay ( the cracks have more of a horizontal direction on the fakes). 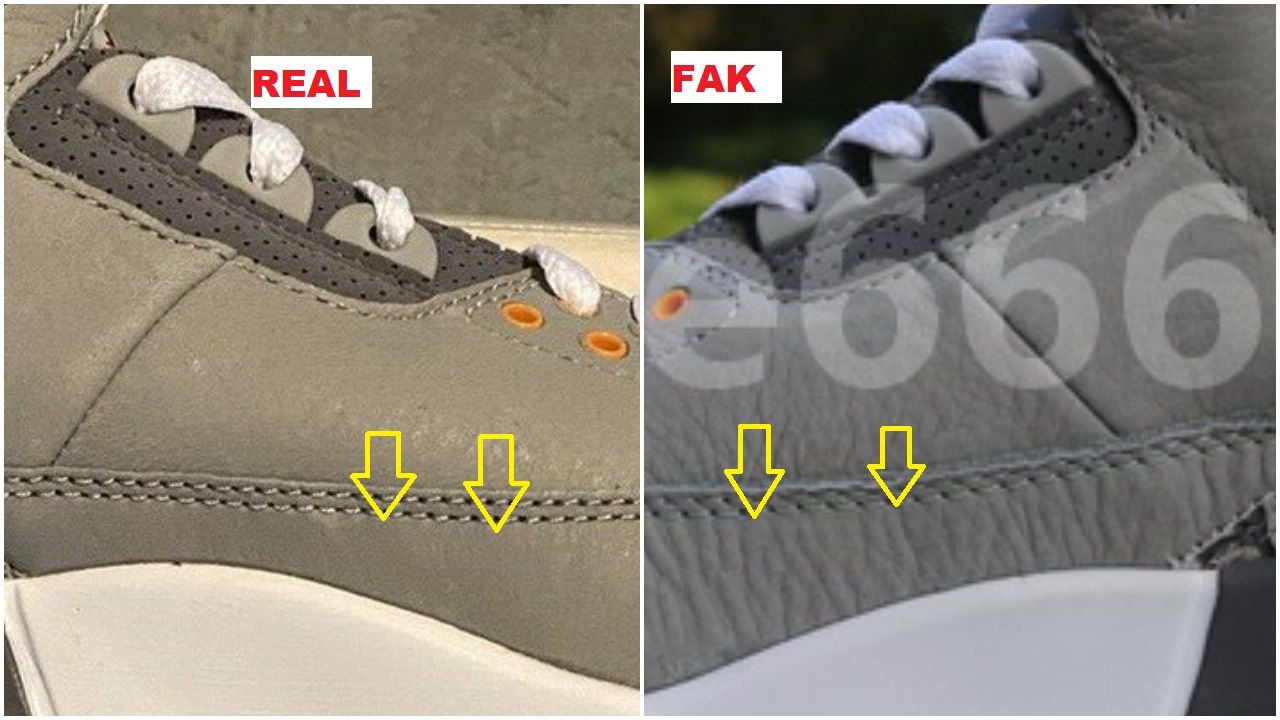 The leather material on the mid section panel is very wrinkly on the fake pair, see yellow arrows. 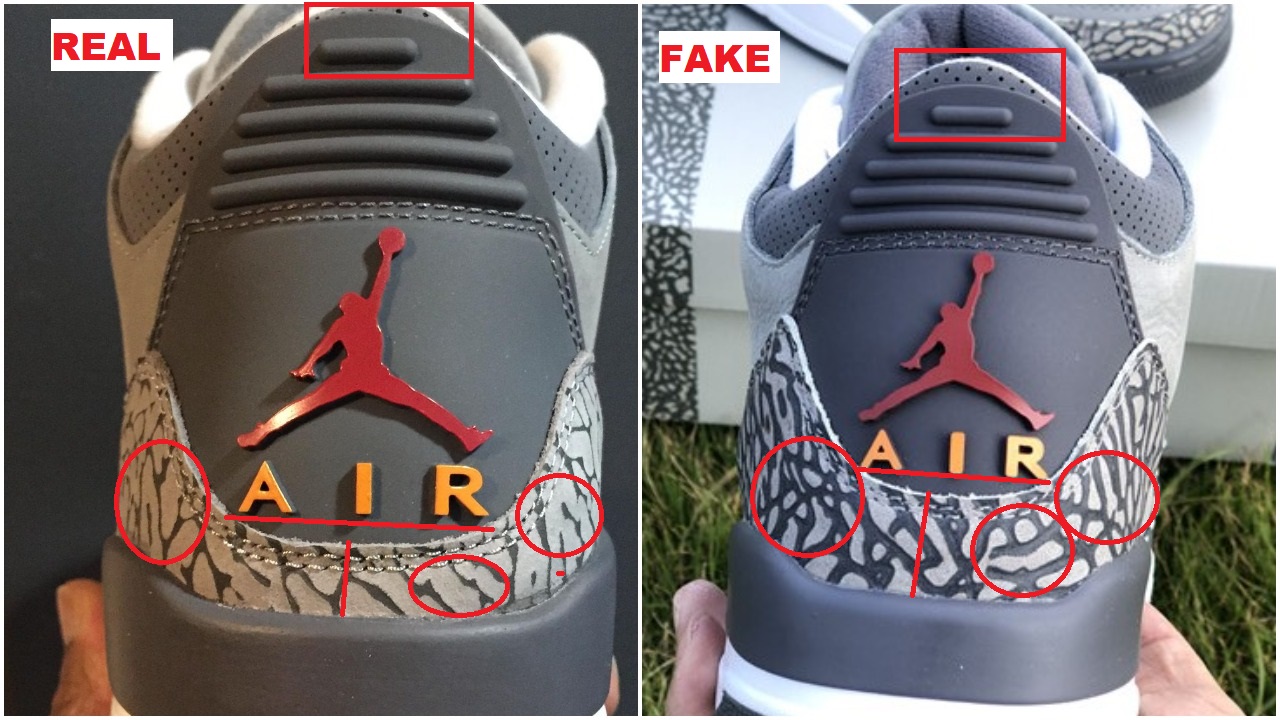 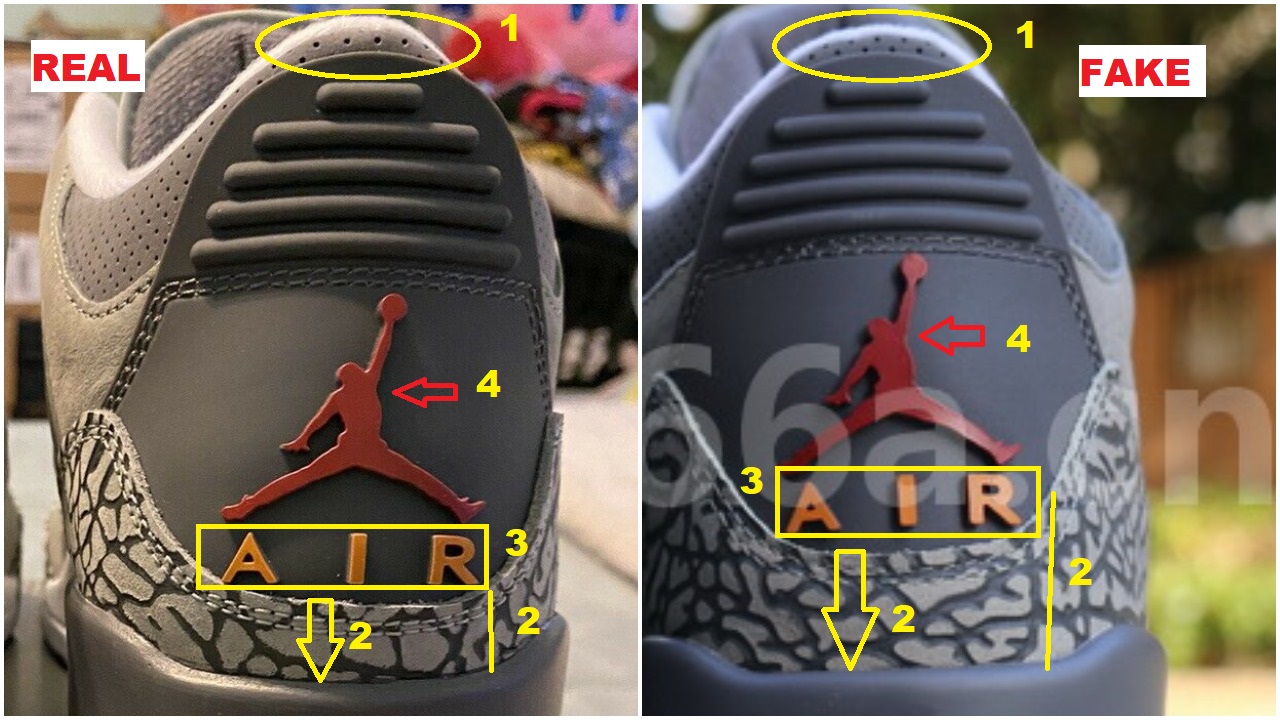 (1) both shoes are size 9.5’s so they should technically have the same feature, but you’ll see that the perforations don’t have the same pattern and the spacing between the heel tab and the heel liner is much smaller on the fake pair.

(4) the jumpman does not look the same between both pairs 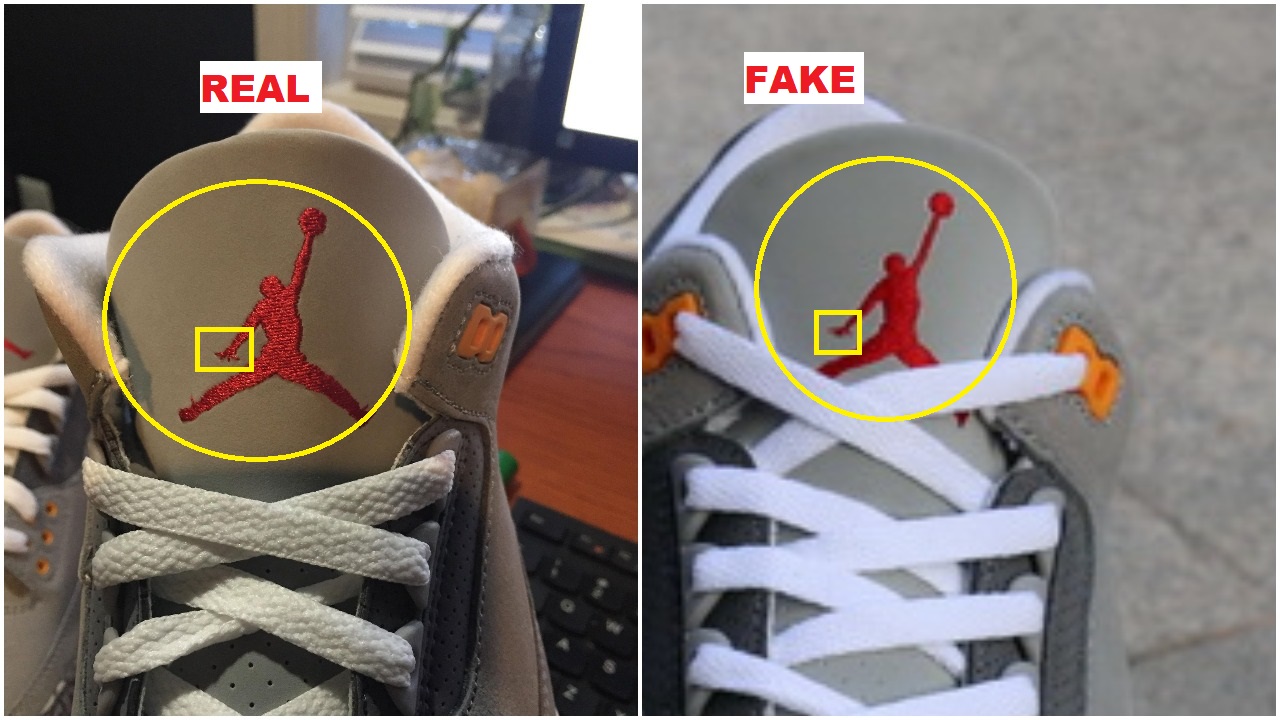 This is a picture of the right pair and the jumpman logo does not look the same between both pairs. 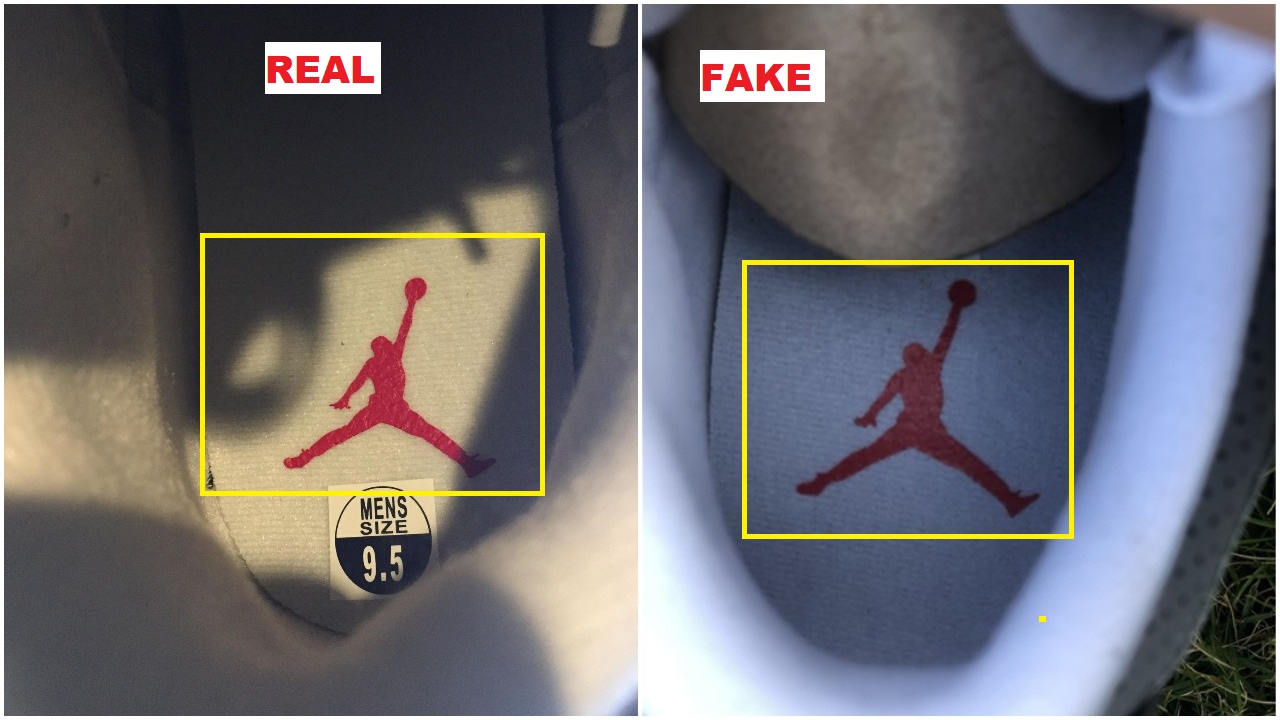 The jumpman logo is more chubby on the fake pair. 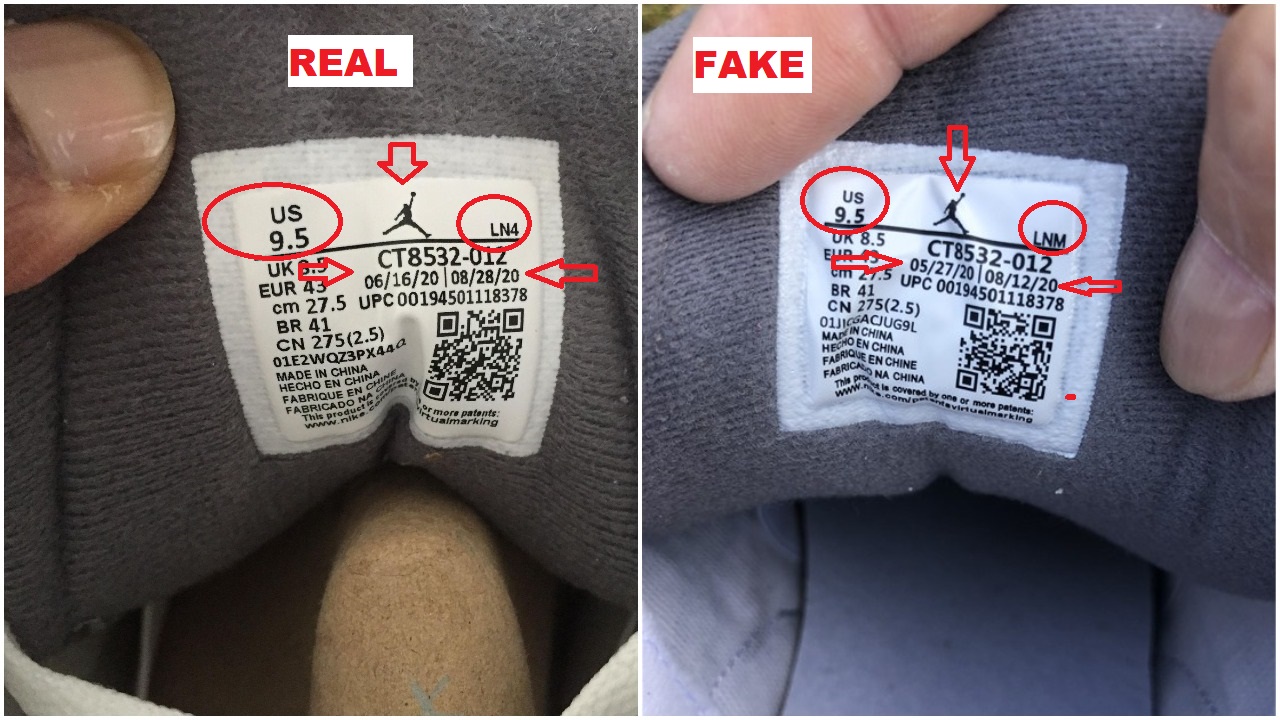 The “9.5” is bolder on the fake pair but its size is bigger on the authentic pair. The jumpman logo on the label isn’t the same, the factories where both pairs were produced are not the same ( that doesn’t necessarily make a shoe fake but it’s worth mentioning). The fake pair was produced at a much earlier date. 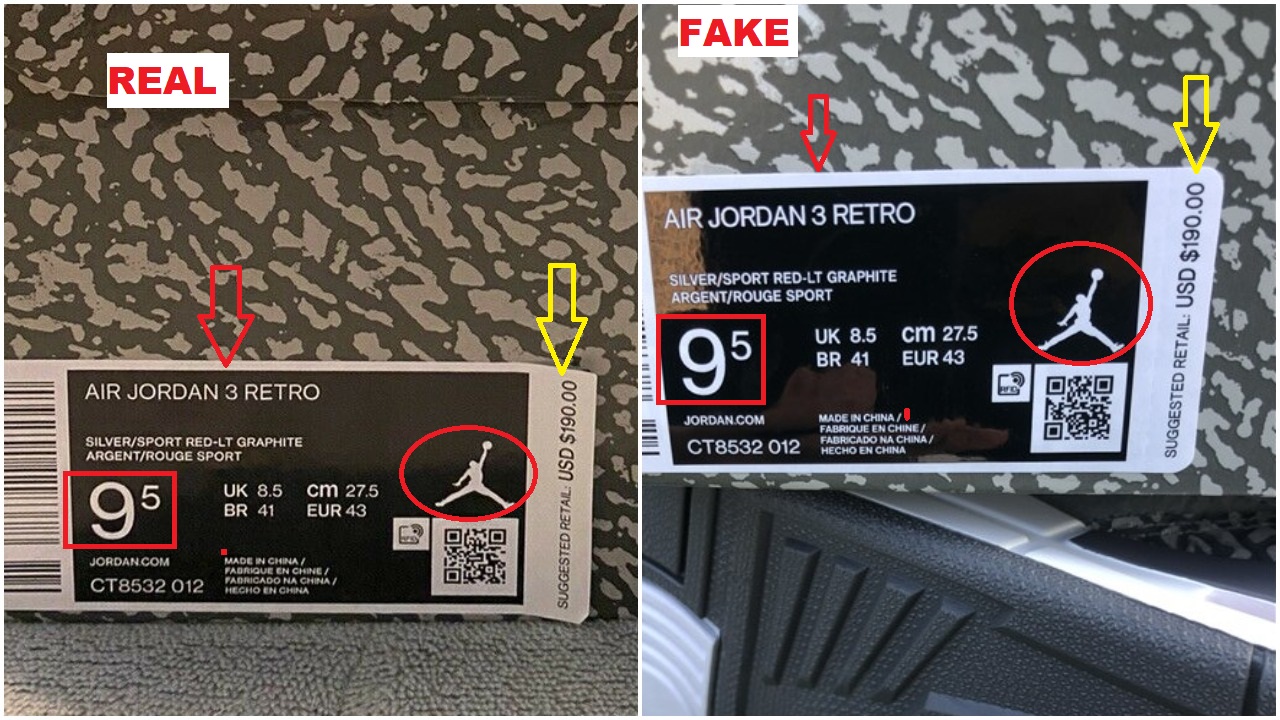 You can purchase legit pairs on eBay from our featured sellers via authenticity guaranteed, CLICK HERE