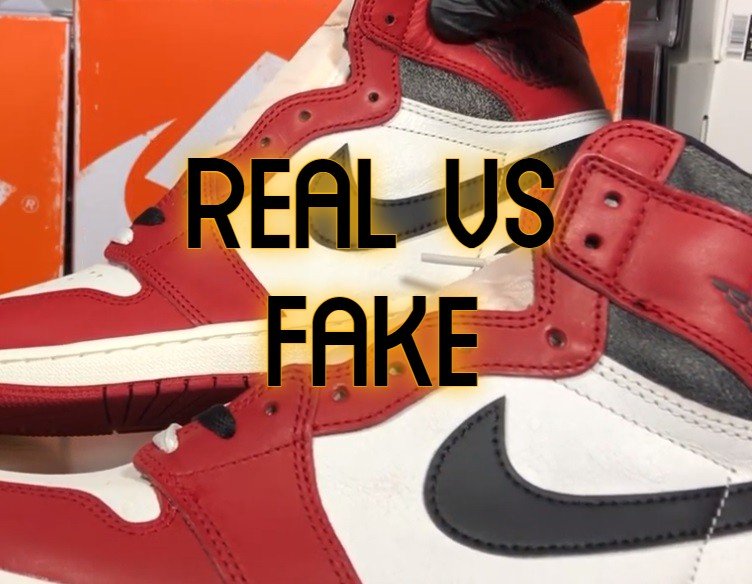 In recent years, the Air Jordan 1 High has become one of the most sought-after sneakers on the market. However, with its high price tag comes the risk of being scammed by counterfeiters. In this blog post, we’ll show you how to spot a fake Air Jordan 1 High Lost and Found so that you can avoid being taken advantage of. First, let’s go through our preliminary steps, they are very important.

The perforations on the panels are much wider on the fake pair, zero in on the squares you’ll catch it. The green circle shows you how the cut is slightly deeper on the real pair. The green arrow shows you how the first set of holes on the toe area is much closer to the edge of the toe ( both shoes are size 12). The yellow line shows you that the fake box is much smaller than the legitimate one. 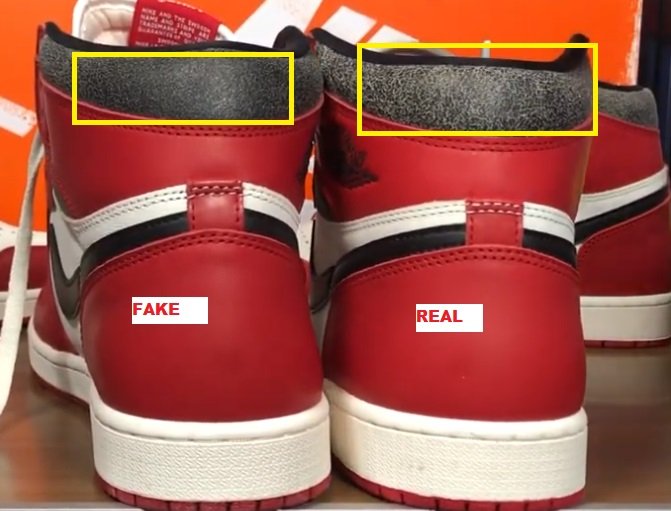 The cracks on the heel are more pronounced on the real pair, see yellow rectangles.

The yellow arrow clearly shows you how the cracks are more vivid and many on the authentic pair than they are on the fakes. Also check out the yellow squares, they show you the same thing. The yellow circles show you the nuances in the colors, the fake Air Jordan 1 High Lost and Found is of a darker shade of red, while the real pair is brighter ( it is subtle but noticeable if you look close enough). You’ll see also see that the fake pair is slightly higher than the real one ( see green line). 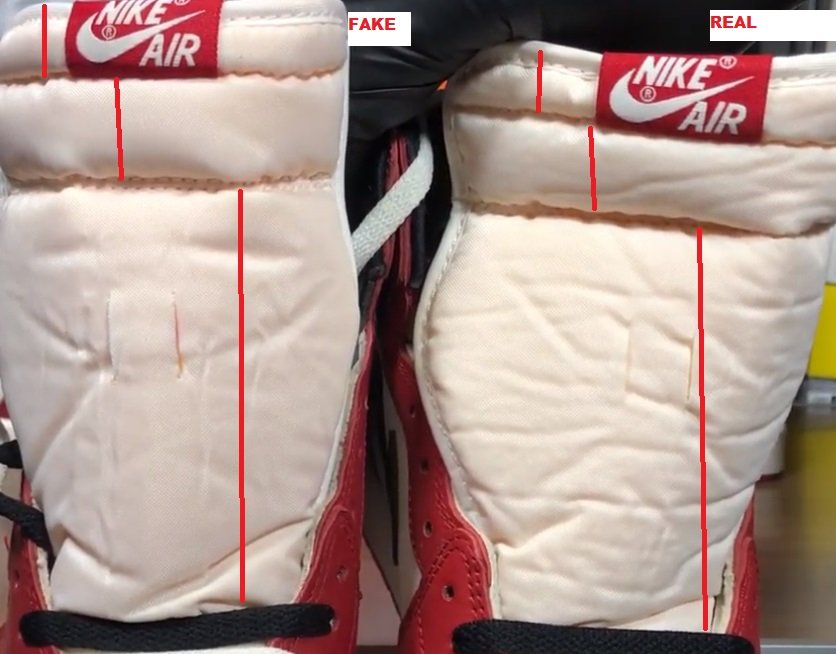 One thing is clear, the fake pair has much longer tongue than the real one ( the red lines highlight the differences in the size). Both shoes are size 12. 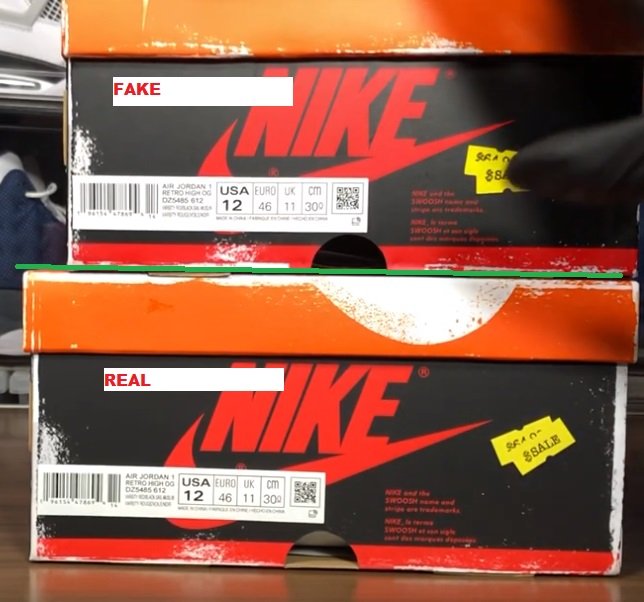 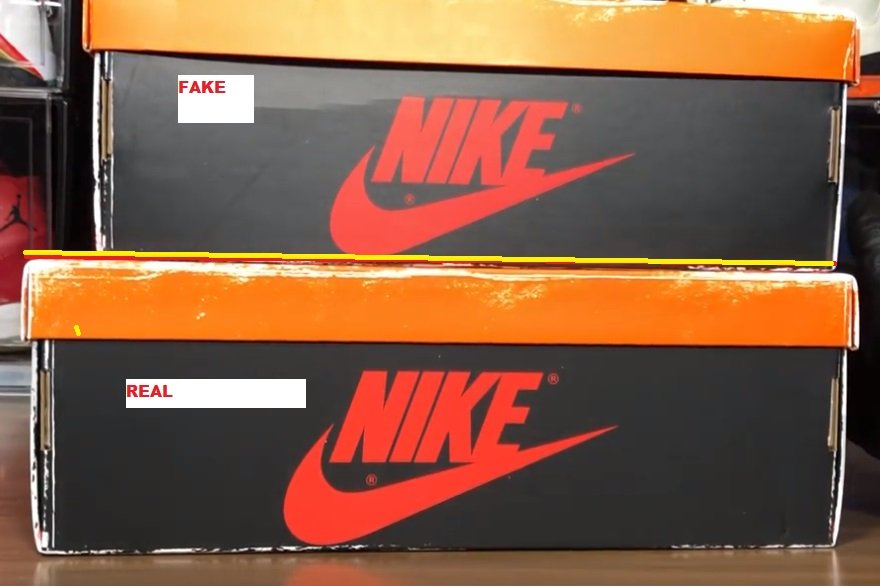 No comments are really needed here, the differences are obvious. The fake box is smaller, its lid is missing the bottom of the swoosh logo ( see yellow square). The sticker is supposed to be slanted but it is almost horizontal on the fake box. 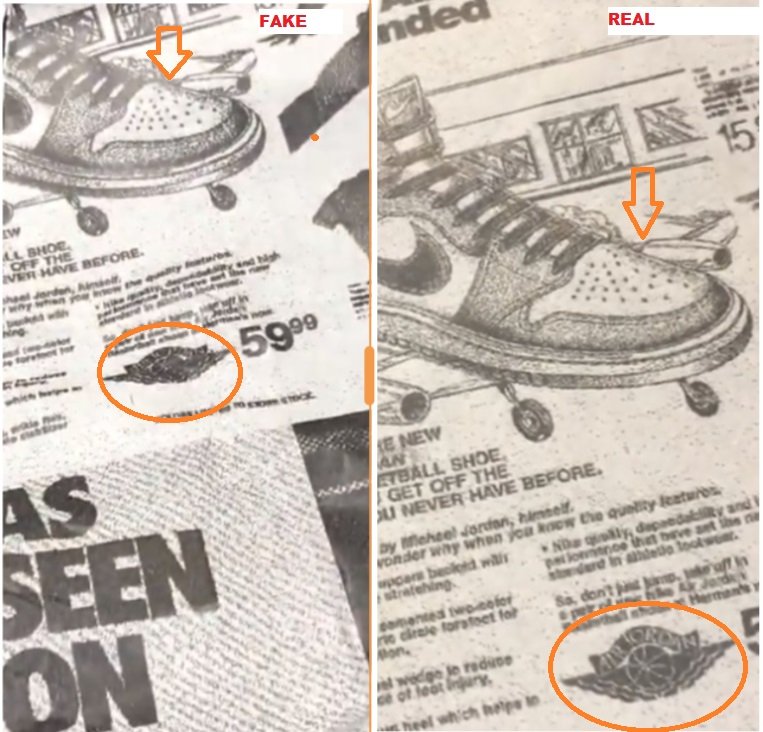 The tissue paper is way too pale and the graphics are not very legible on it, see circles. The Jordan 1 shoe is also too small on the fake pair’s tissue paper ( see arrow). 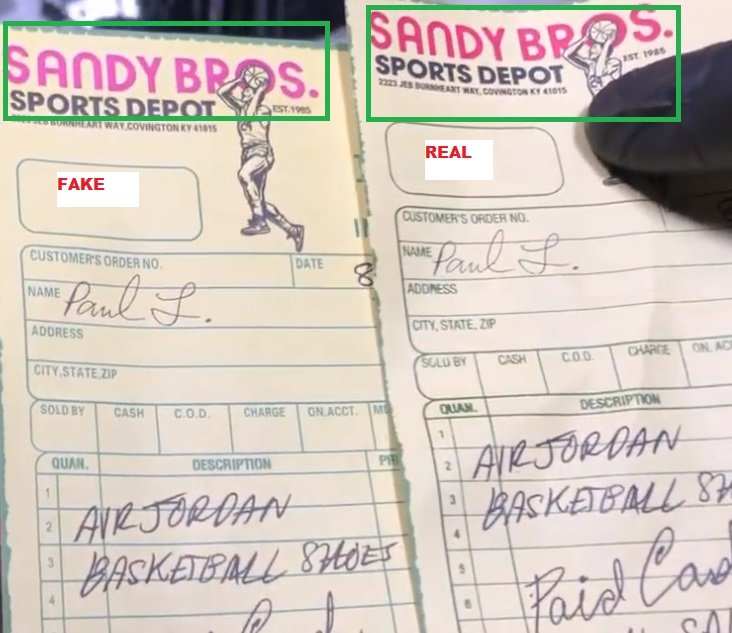 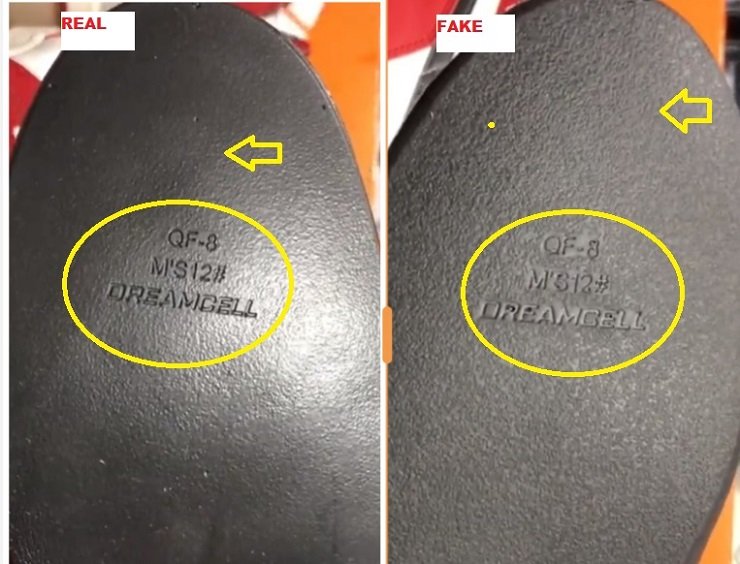 The back of the insole is dull on the fake pair ( it is supposed to be bright and shiny). The differences are clear. 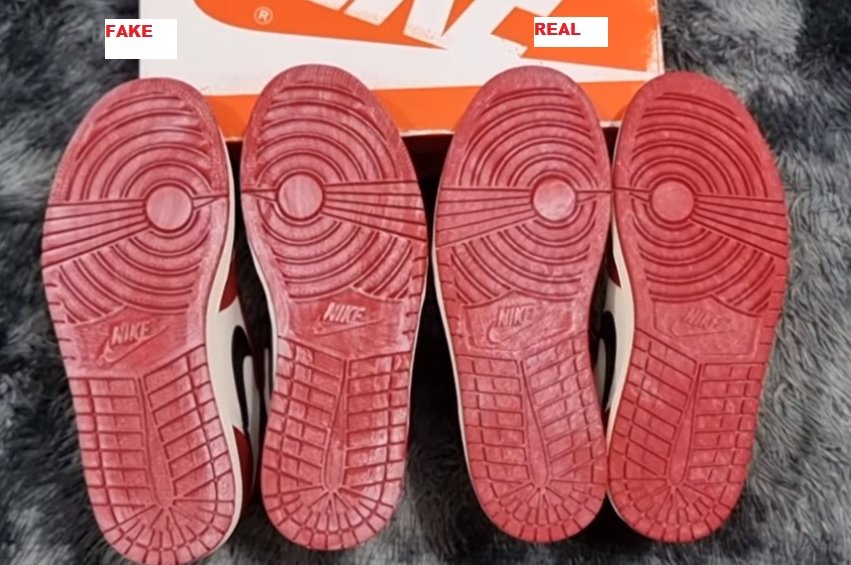 The powdery effect is more pronounced on the fake pair.

There you have it folks, hopefully you’ll be able to spot any fake Jordan 1 Lost & Found with these tips.  I leaned on Jacob Marcellus’ video for this post. I also wrote an article a few weeks ago on the main nuances between fake and real jordan 1s , see link below

You may purchase it on eBay from our featured sellers via authenticity guaranteed, CLICK HERE