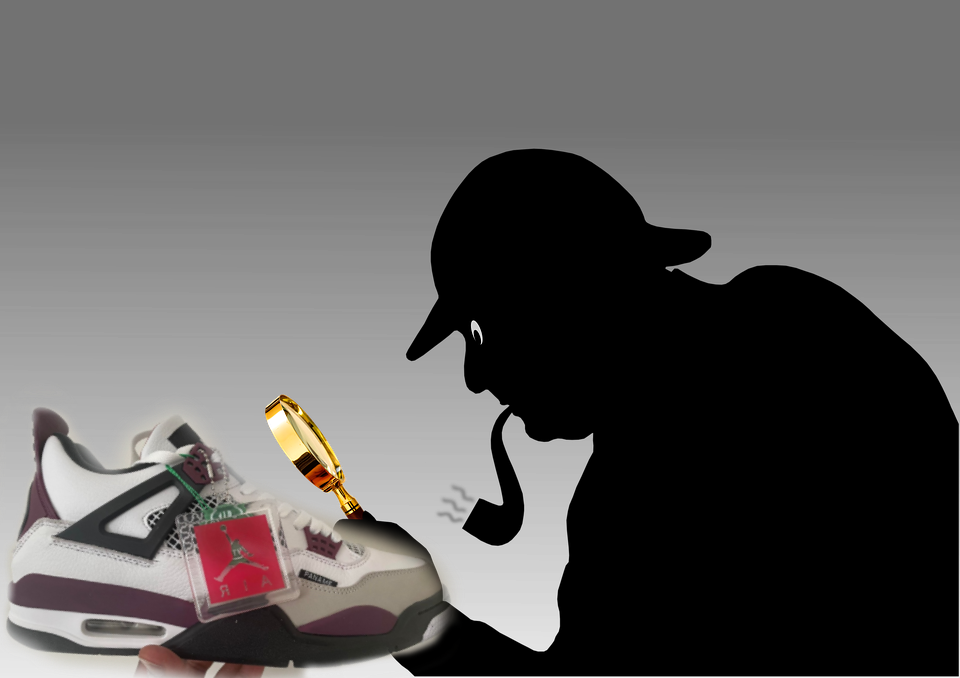 If you’re a regular visitor to my website, you’re aware that one of the platform’s primary functions is to expose fake sneakers. I’ve also published several posts discussing how much better replica sneakers have gotten in recent years. An Instagram store named Spoil.yourself 7 offered me a pair of Fake PSG Air Jordan 4 a couple of weeks ago. I accepted the offer solely for the purpose of putting the shoe to test to see if there were any flaws on it. In case there were flaws, I wanted to also see if they were easily detectable or relevant to the consumer.

So are there any flaws on this Fake PSG Air Jordan 4? You’ll find out after watching the video below

Are There Any Flaws On This Fake Air Jordan 4 PSG?

Flaws on a fake PSG Air Jordan 4 are only detectable if you know what you’re looking for. The very first thing that you want to do is the “sniff” test. The glue smell was very strong when I opened the box. But , after airing it out for a few minutes, it went away or maybe my nostrils got used to it. The next thing that you also want to zero in on is the box. See image below 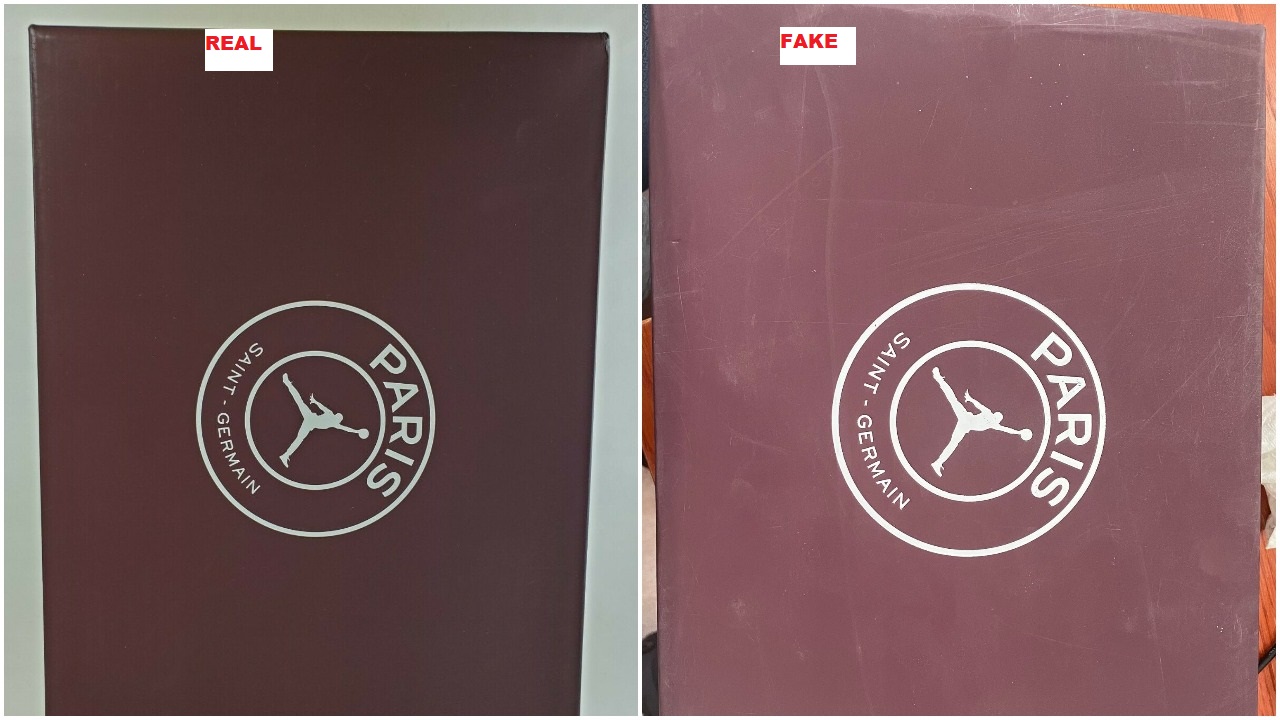 You can clearly see that the Fake pair’s box is a bit too powdery looking. They are both size 13, but you can easily see that the fake box is much smeller and its color is less dark. The next element you want to check out is the panel. 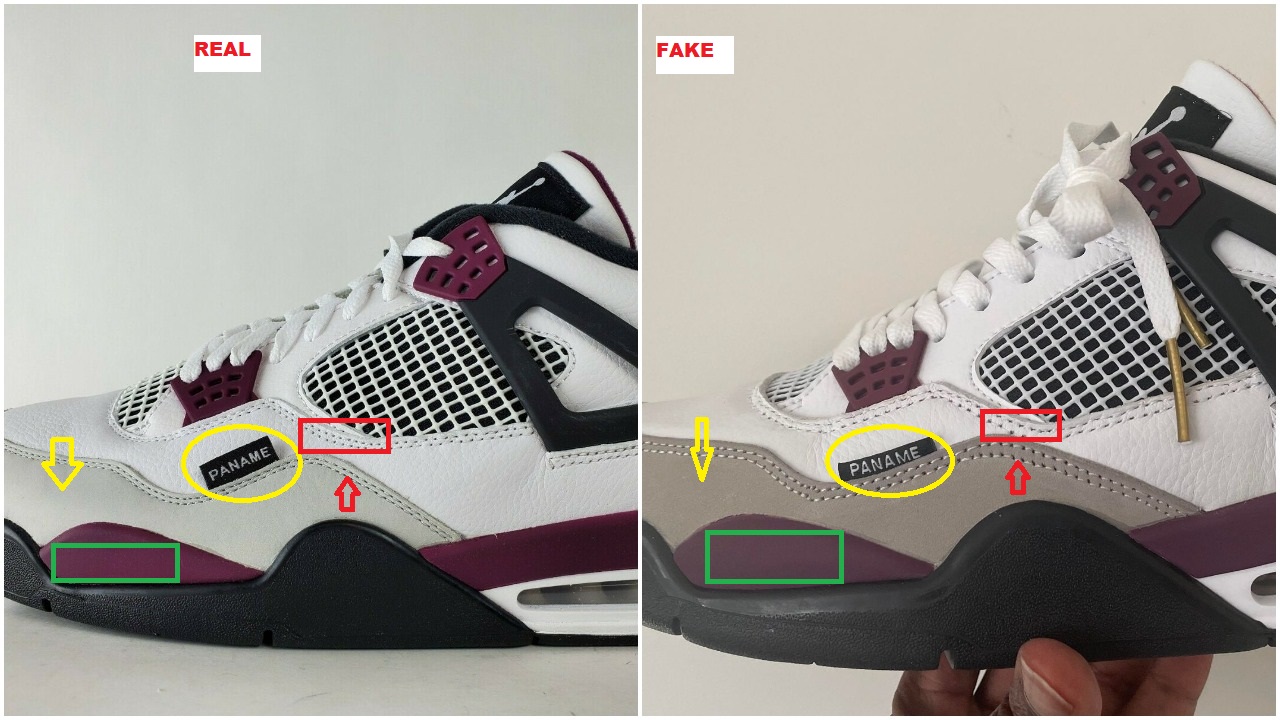 Again without the backdrop of an authentic pair, it’s almost impossible to find any flaw. The grey color on the panel overlay is of a lighter shade on the authentic pair ( see yellow arrow). The “PANAME” text is adjacent to the edge of the panel overlay on the fakes ( see yellow circle). The spacing between the panel overlay and netting area is too small on the replica pair. The double stitching is more spaced out on the fakes ( see red arrow). And the bordeaux color on the midsole is flat, and not very vibrant and of a lighter shade on the replica pair. I’ll mention on me more flaw and you can check out the rest in the video. 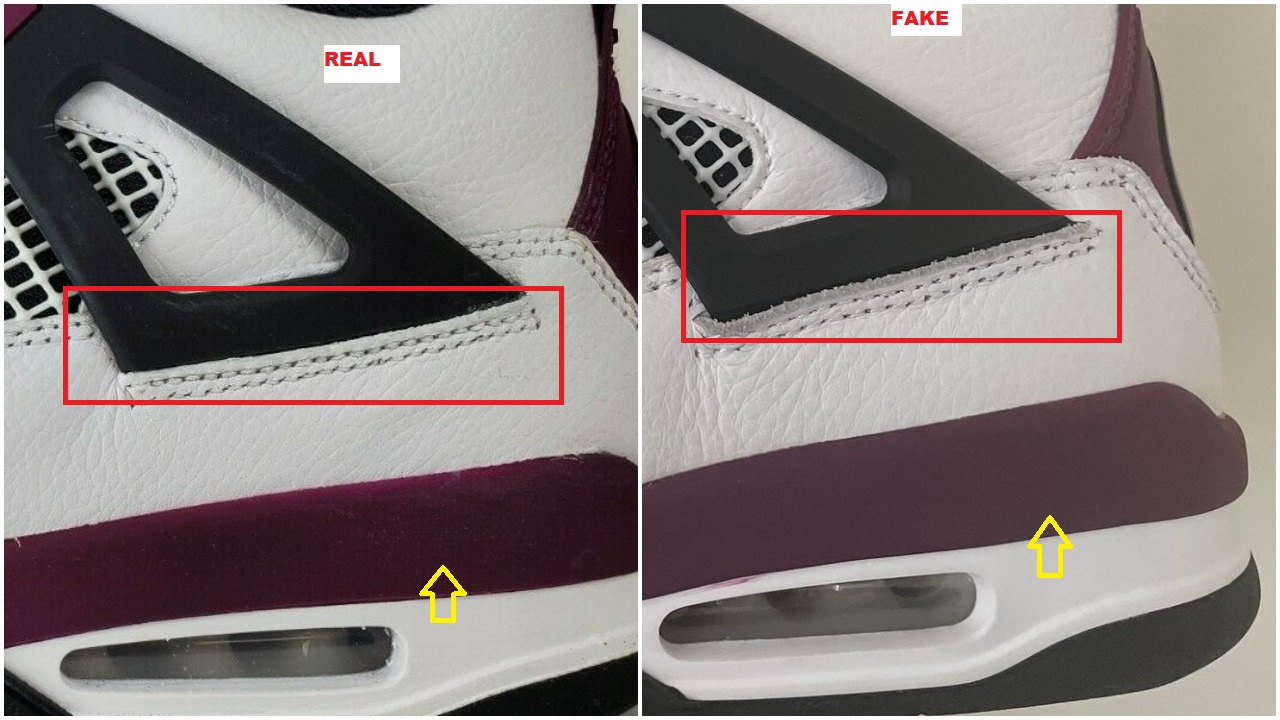 The edges of the leather material next to the quarter panel strap are rough and rugged on the fake pair and smooth on the authentic one. And the yellow arrow shows you once again how the colors differ.

There are several other things that I mentioned in the video but here is the takeaway. Unless you have an authentic pair on hands, it is utterly impossible to find any flaws especially if you’re not accustomed with the Jordan 4. The quality of the material used is top notch on this Fake Jordan 4 PSG and I can guarantee you the most buyers will wink at the flaws I mentioned. They simply don’t care as long as the shoe looks good. As far as I’m concerned, if I were to rate the sneaker, I would give it a 9/10 for quality and 7/10 for accuracy. I  want to thank Spoil.yourself 7 for sending the shoe for this comparison.

You can buy authentic pairs on eBay from our featured sellers, CLICK HERE