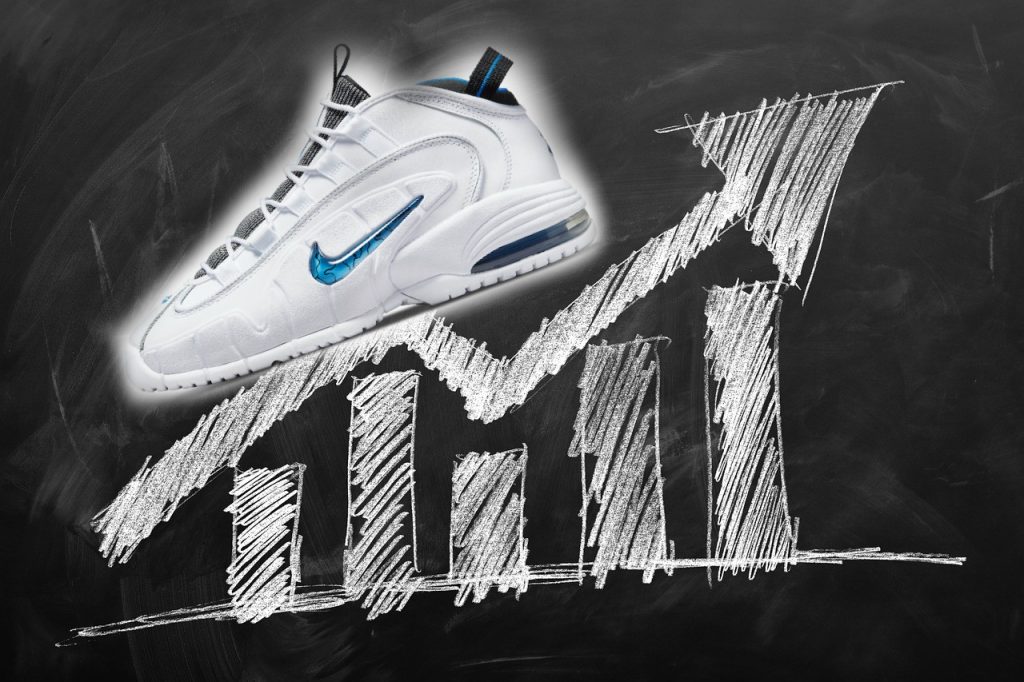 Nike’s decision to re-release the Air Max Penny 1 in its iconic “Home” colorway is a savvy move that is sure to please sneakerheads and basketball fans alike. The shoe was originally released in 1995, and its return comes at a time when the popularity of ’90s nostalgia is at an all-time high. The shoe’s colorway is a nod to the Orlando Magic’s “Home” uniform, and its signature Air Max bubble in the heel ensures that it will be comfortable as well as stylish. Nike’s “Edit to Amplify” campaign has been a success so far, and the re-release of the Air Max Penny 1 is sure to keep the momentum going.

If you’re interested in picking up a pair of these Nike Air Max Penny 1 Home sneakers, refer to the details below.

Where To Buy The Nike Air Max Penny 1 Home

You may also purchase it on StockX, CLICK HERE

or buy it on eBay from our featured sellers via authenticity guaranteed, CLICK HERE 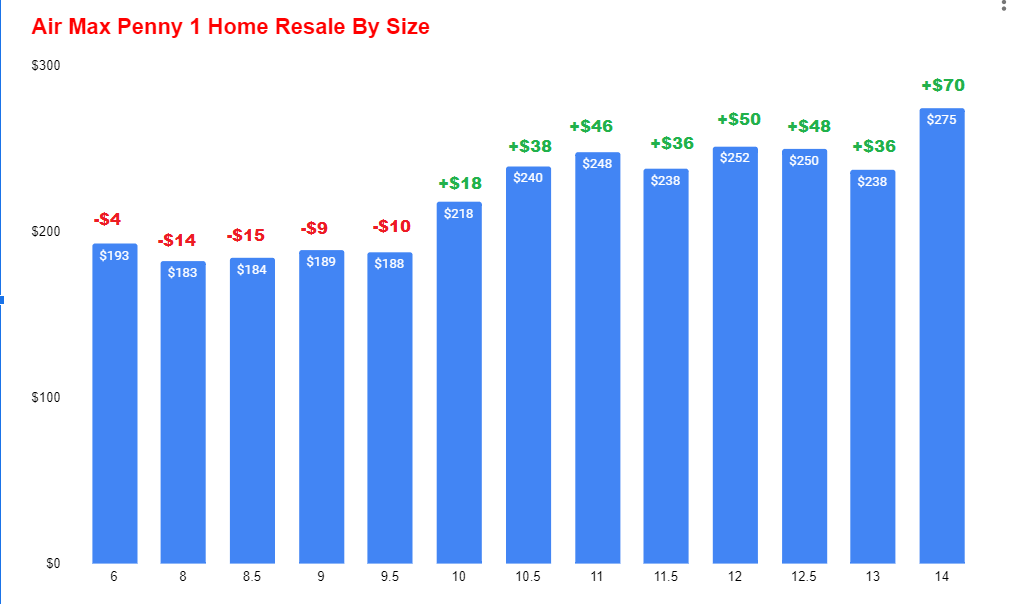 The chart above gives us a breakdown of the current earnings/losses per size sold of the shoe. From the data, we see that 39% of the sales resulted in losses ( sizes 6-9.5). 8% led to earning under $20 while the remaining 54% resulted in profits between $30 and $70. For the most part, the sample size is big enough so the numbers above can be reliable. I do want to add that the current prices might drop by 1% to 5% by the time the shoe releases officially. So what’s the verdict?

If you’re trying to resell this shoe, I will only advise you to focus on larger sizes ( 11 and up). Mark ups are between 20% and 39% ( above average) so I will only recommend those sizes. For buyers, I will say don’t rush to buy the shoe right away as it will release from more retailers by August 25,2022.

The Air Max Penny 1 is the first prototype of the LeBron series, according to Weartesters. The shoe has a zoom air unit in the forefoot and an air max unit in the heel. However, he says that the size of the air max unit is not comparable to the original 1995 pair. The shoe is similar to the LeBron 9, which Weartesters’ Chris refers to as the modern Penny. The primary takeaway in terms of cushioning is that the upgraded Penny 1’s cushioning is as near to walking on clouds as you can get.

The Nike Air Max Penny 1 Orlando does not disappoint when it comes to being cheap. The uppers are made entirely of synthetic materials, which is to be expected given Nike’s love for saving money. However, this does not mean that the quality of the shoe is compromised in any way. The synthetic nubuck is just as durable as real nubuck, and it looks just as good too. In fact, many people actually prefer the look of synthetic nubuck to real nubuck, so Nike’s use of it on the shoe is a savvy move.

For years, the Penny 1 has been revered as one of the best basketball shoes of all time. And it’s not hard to see why. The shoe was built for Anfernee “Penny” Hardaway, a guard who enjoyed pushing the tempo and was also a known slasher, so traction had to rank high. And the shoe doesn’t disappoint in that regard. It’s equipped with a full rubber outsole that offers durable traction on any surface.

The Nike Air Max Penny 1 is a heavy shoe. That shouldn’t come as a surprise to anyone familiar with 90’s footwear. Most shoes from that era were built like tanks. The Air  Penny 1 is no different. It weighs in at 0.78lb, which makes it one of the heaviest shoes on the market today.

Hardaway was a shoot first guard who contorted his body a whole lot, which means he needed all the support he could get. As a result, the Air Max Penny 1 has a lace-up closure for a secure fit, as well as a Phylon midsole that extends up the lateral side and forms a support wing. This shape is ideal for fast side-to-side motions since it provides good lockdown and support.

If you’re looking for a shoe to keep you cool in the summer heat, the  Air Max Penny 1 is not the sneaker for you. While it features a Visible Air-Sole unit in the heel for cushioning, the rest of the shoe is lacking in ventilation. As a result, your feet can quickly become hot and sweaty when worn during warm weather. In addition, the lack of airflow can also lead to an unpleasant smell developing over time. So if you’re looking for a sneaker to help you beat the heat, you might want to give the  Penny 1 a pass.

According to Chris from Weartesters, if you have a wide foot, the shoe fits according to size, however if you have narrower feet, go half a size down.