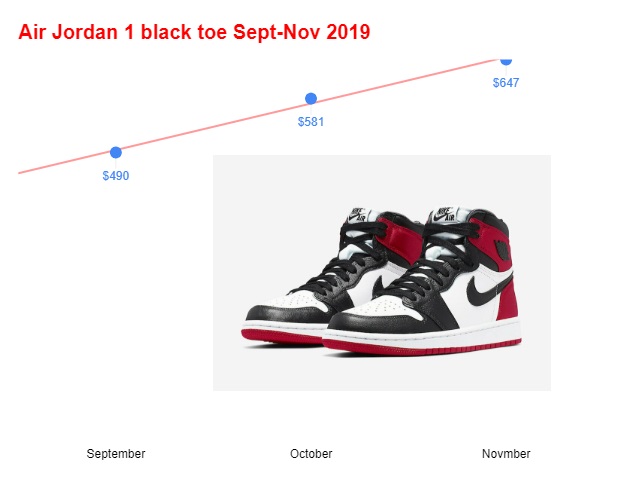 Yesterday I wrote projecting when the Air Jordan 1 Obsidian will hit the $500 in mid sizes in the third party marketplaces, if you’ve missed the post, see link below

A few individuals on youtube asked me to run the numbers on the Women’s Air Jordan 1 Satin black toe and here it is. Collecting the data for this shoe was excruciating and I had to decide what sizes to study; I looked at the overall behavior of the shoe from September to November, and came up the following histograms to sum up my findings 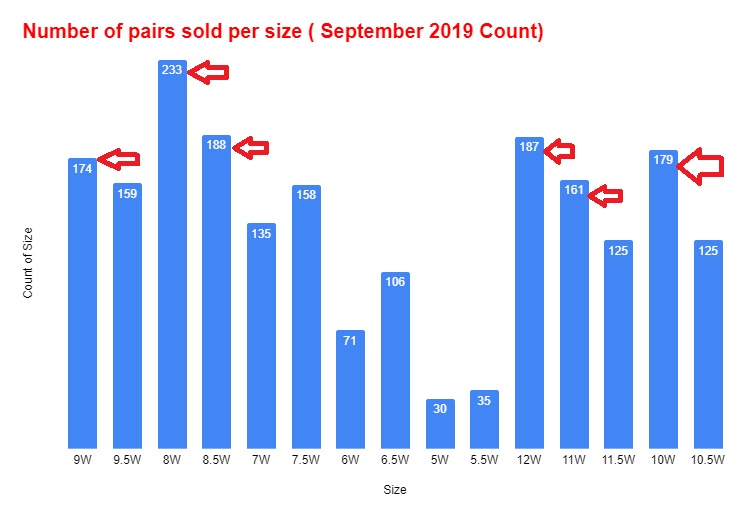 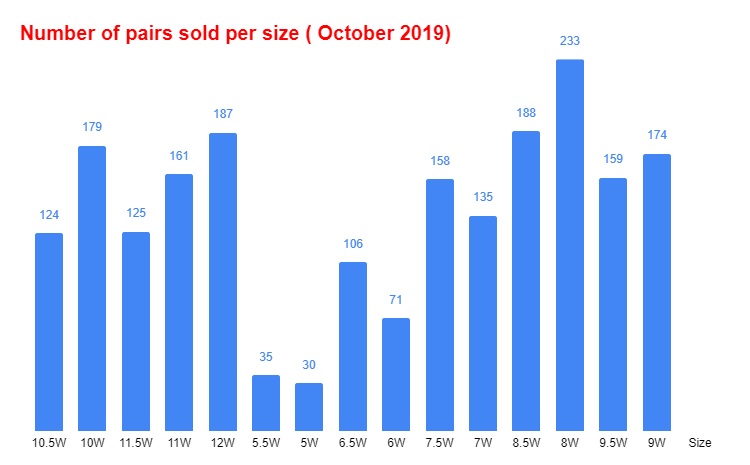 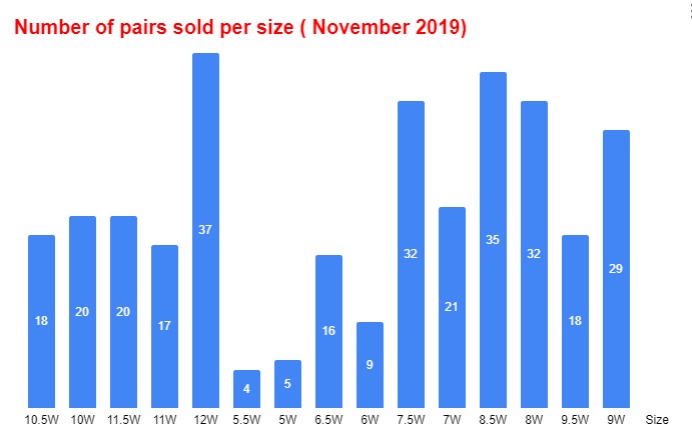 I only added this chart in order to make the selection of the specific sizes to study for this projection. Based on the number of pairs per size sold in the histograms above, I’ll only consider size  8w,8.5w,9w,10w,10.5w,11w and 12w. I’ll also group them in three different categories to diminish the load of work. size 8w-9w will be grouped in one category, size 10w-10.5w will be the second category and the last one will be size 11w-12w.

Now let’s see what the average sale value was for each of these categories in the months of September, October and the early days of November. 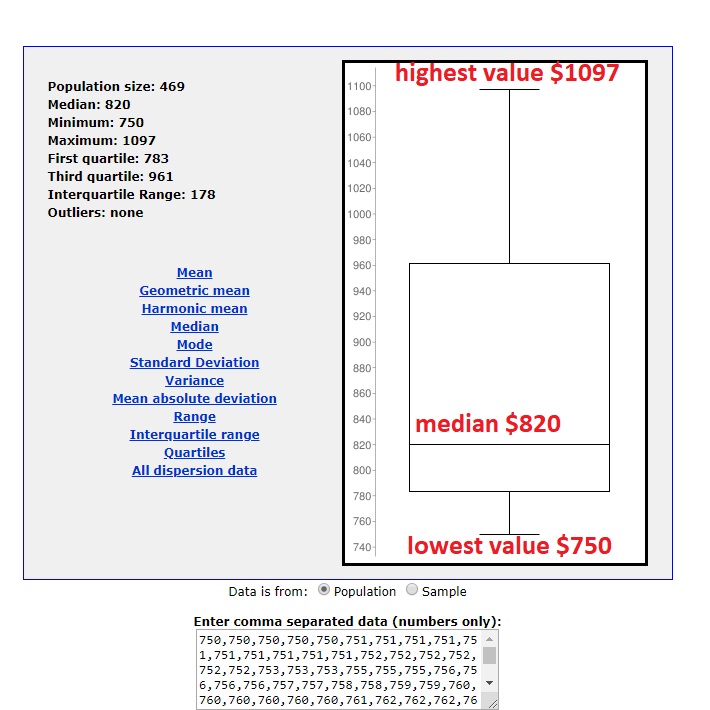 The highest sale recorded in September in the 8w-9w range was $1097 and the lowest was $750. The median in this case is about $820 , the average is about $860 and the boxplot is skewed to the right so I’m going to be using $820 as my average sale value for September ( it reflects reality a bit more). 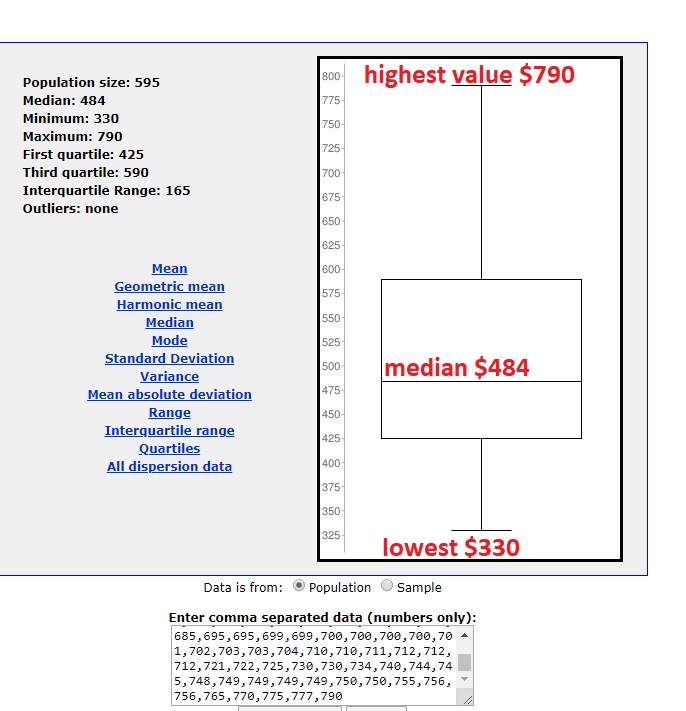 As you can see from the boxplot above, October recorded more sales but the value went down in this category, we’ll stick with using our median as our average, hence the average sale value within the 8w-9w range is $484 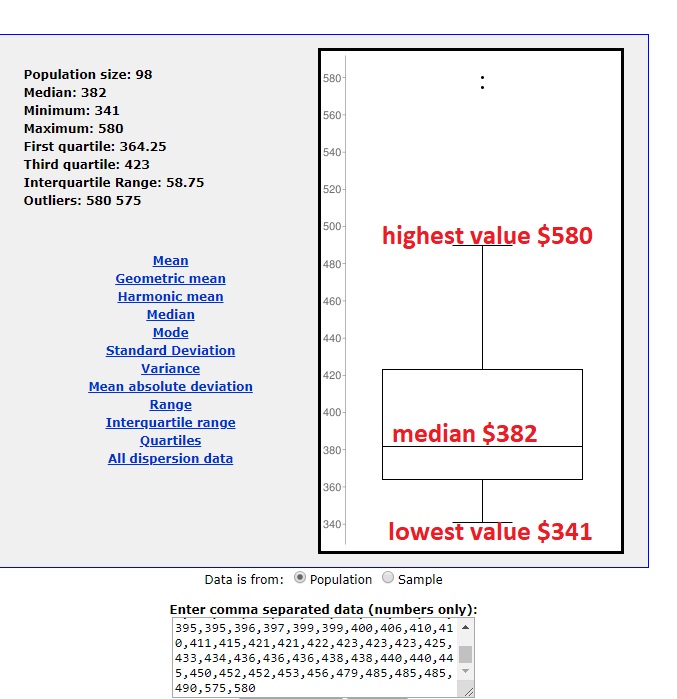 Clearly $580 is an outlier and the average value of the shoe in the 8w-9w category has gone down to $382. Now what i’ll do is create a scatter plot of these three averages. 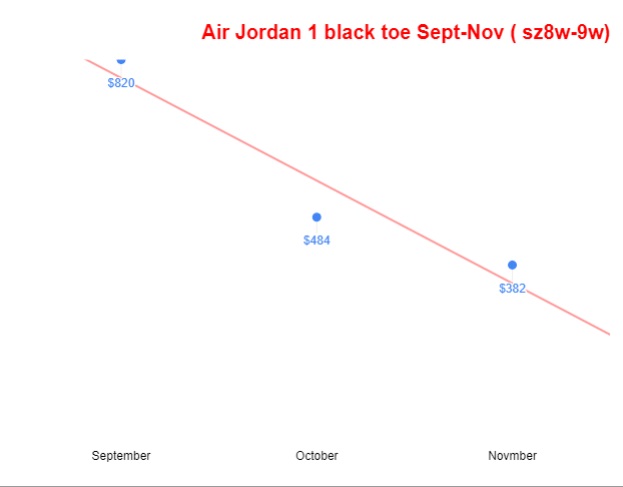 You can clearly what has happened, let us now find a the linear regression equation for this category and draw some quick conclusions

Here is what I’ll say about this shoe in sizes 8w-9w. As you can see, it is trending down in this specific category and I think it will eventually hit the low $300’s and stay constant at that value. Let’s see when that will take place

Now let’s study category 10w-10.5w; for the sake of keeping my sanity I won’t go through the detailed steps I showed you above, I’ll just find the averages for each month since September and create the scatter plot. 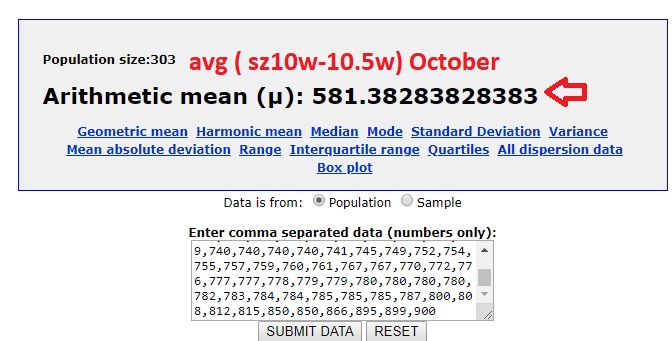 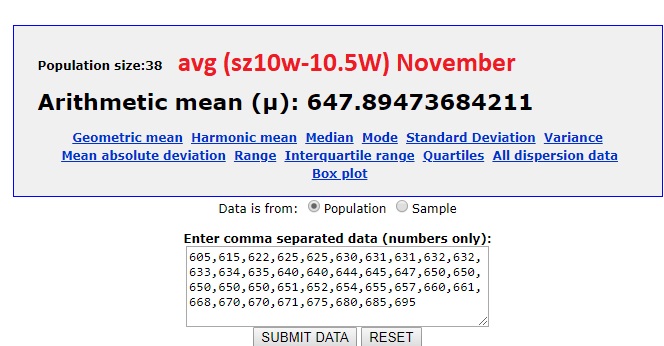 Now that we have the averages of the past three months, let’s put them in a scatter plot to get a better view of the trend. 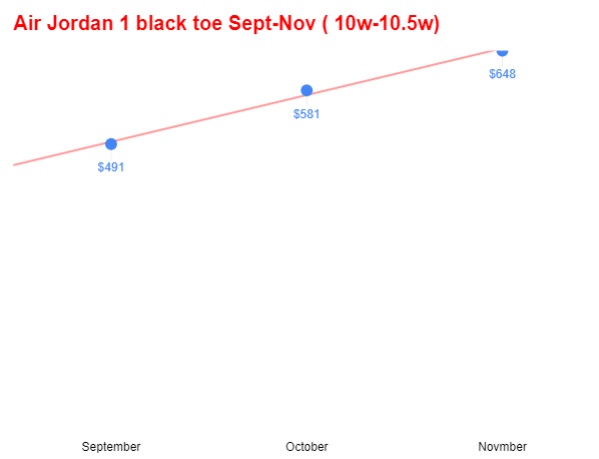 The shoe has been gaining value every month , let’s quickly find the regression line equation.

Now that we have the averages of the past three months, let’s create the scatter plot 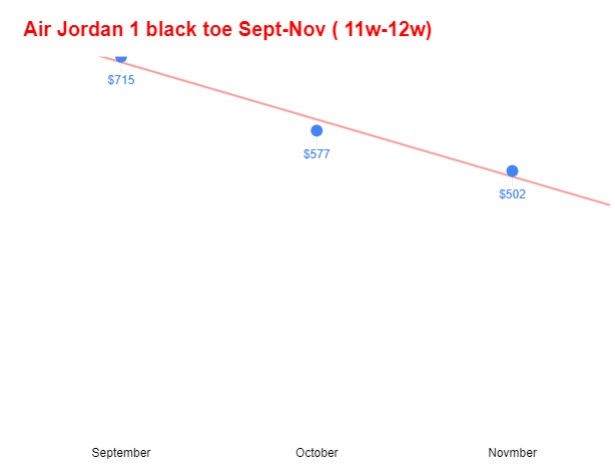 The category (sz11w-12w) also has a negative slope, the shoe has been losing its value, let’s once again find our regression line and make some inferences

I’m assuming that the shoe will stay constant at $450, let’s see when that will take place

PS: model breakdowns always occur so everything I said in the paragraphs above is subject to change. The model above is supposed to give you a picture of what may happen if the trend stays the same.

In conclusion the best size to hold on to at this moment is probably anything between 10w and 10.5w