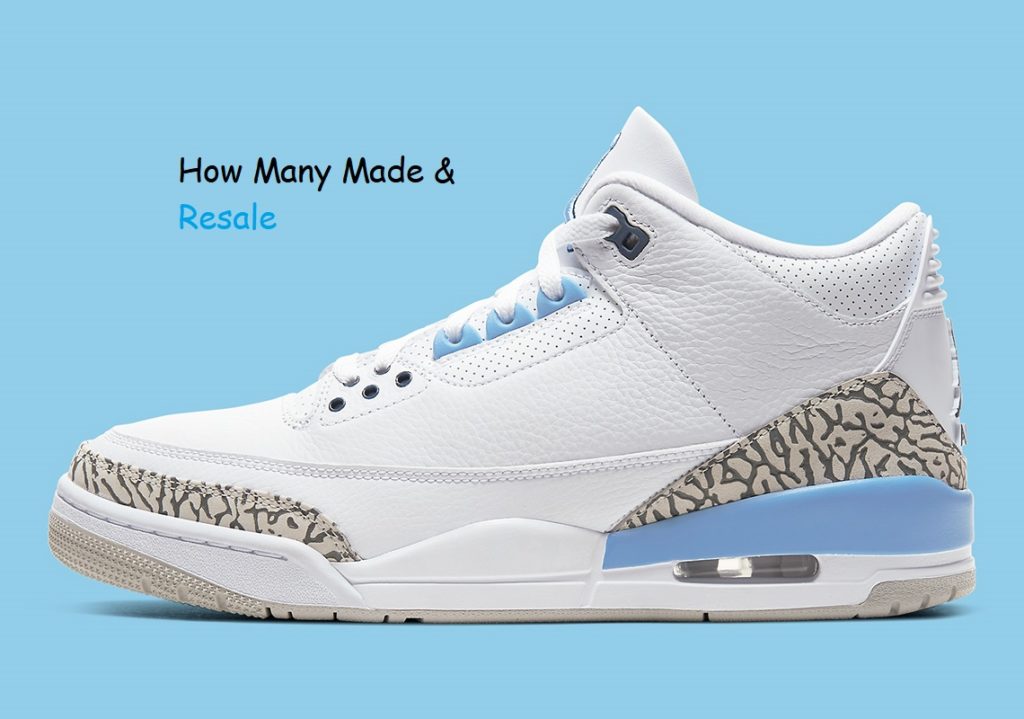 The Air Jordan 3 Retro UNC will officially land on March the 7th and I’m sure folks are wondering how many pairs of this model were made. I’ll be attempting to come up with a plausible estimate this morning. We’ll also do a sneaker resell prediction for the shoe as well. We’ll start off with the number of stockists that were given an inventory.

Now that we have a list of the local stockists for the shoe, we can set up our assumptions and calculate the numbers

Now that Footlocker and its derivatives have updated their release calendar, it’s a bit easier to set up our assumptions. We’ll go with the following:

Most FTL, FTA and Champs physical stores are operating on the first come first served basis, so that gives us an idea of the kind of inventory we can expect. The shoe is also featured on the main release calendar, thus showing us that it will be certainly available in massive numbers. We’ll also add the  following assumptions:

After checking Footlocker and Footaction maps we can conclude that ⅔ of each of the physical stores from the FTL family will be allocated an inventory, that is almost 660 FTL stores, 181 FTA stores and 365 Champs locations. Since we assigned about 24 per FTL stores and 18 per every FTA and Champs, our numbers will be:

Since we assumed that this number represented ⅓ of the total inventory, the

If we consider the rest of the world and possible errors based on our assumptions, we can conclude that the total production will fall within the [100,000 to 250,000] range. 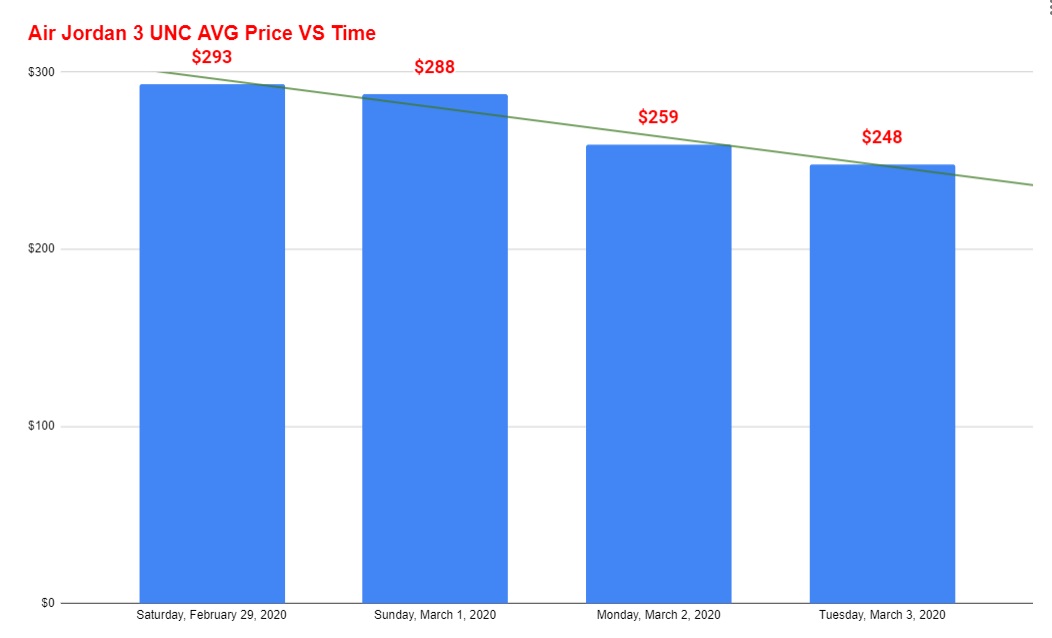 The shoe went from an average secondary market value of $293 to $248 within 3 days ( from the 29th of February to March the 3rd). It lost about 15.36% of its original value. Even though the trend is slightly negative, it’s still a good sign and I’m assuming that by March the 7th, the Air Jordan 3 UNC will lose another 5% of its value and stagnate at $235, so I’m expecting the overall average resale price to be about fall within the $230-$240 interval by the time the shoe officially releases. And that’s not bad all for retailers, the shoe will certainly sell out. What about resellers? The shoe costs about $190 before tax and roughly $202 after tax. So folks are looking at a 10% to 12% markup for profits ranging from $20-$25. This isn’t bad if you’re getting multiple pairs. Now let’s look at the most lucrative sizes. 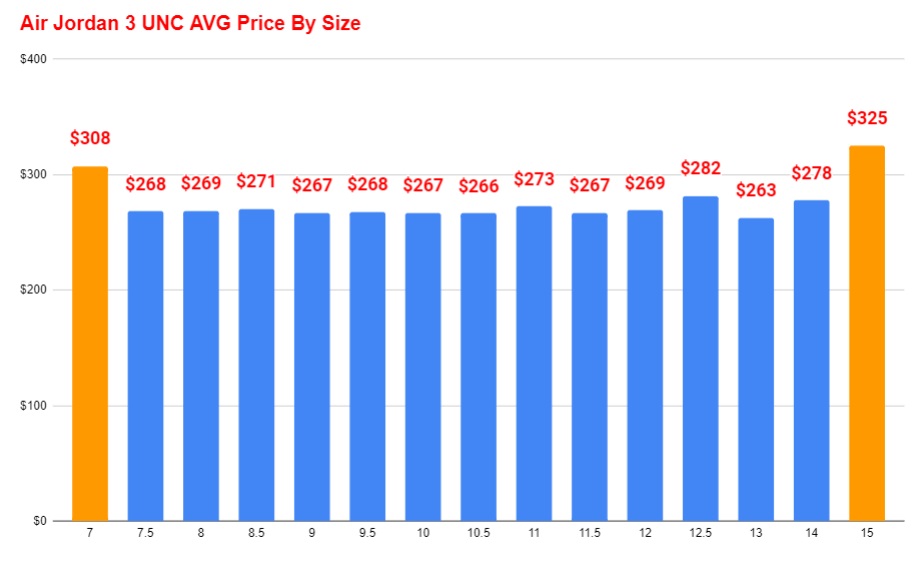 Sizes 7 and 15 recorded the highest average at $308 and $325 respectively, which yielded to $78 and $93 respective profits. Other sizes stayed within the $260-$280 average sale price, but remember that these values will decrease as I projected , so I wouldn’t make my buying decision based on what the graph is showing. I’ll encourage you to decrease these values by 15% and make your plans accordingly.