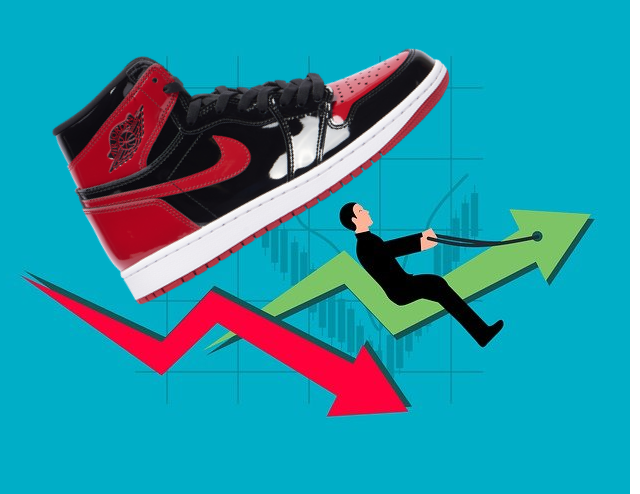 Introducing the Air Jordan 1 Bred Patent—a must-have for any MJ fan. This iconic colorway was made famous by His Airness’ legendary jumps and performances, and this edition is better than ever. With patent leather covering the entire shoe, these are sure going to turn heads. I will be writing a projection on the possible number of pairs produced within the next three days. I’m going to write a forecast for the amount of pairings that could be formed in the next three days. But today I merely wanted to show you how fantastic the sneaker will be as a long-term investment. To do that, we’ll quickly have to take a look at how the Jordan 1 Bred ( that released in 2016) is performing currently on third party marketplaces. 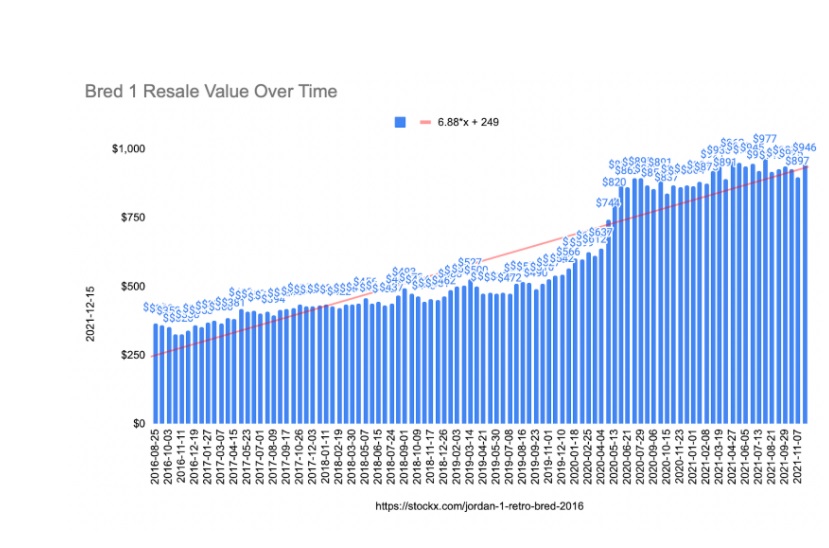 The Jordan 1 Bred (2016) currently has an average resale value around $940. The shoe’s average sale price can be modeled by the following linear equation,

$6.88, is the rate of change of the shoe every 18 days since august the 25th of 2016. It is important to note that there is eventually a threshold and at this point I’ll consider it to be a little less than $1,000. So the shoe will probably not exceed the $1,000 ( at least not anytime soon). How does that inform anything about the Air Jordan 1 Bred Patent? First let’s take a look at the current resale value of the Patent 1 and we can make some pretty good inferences after that. 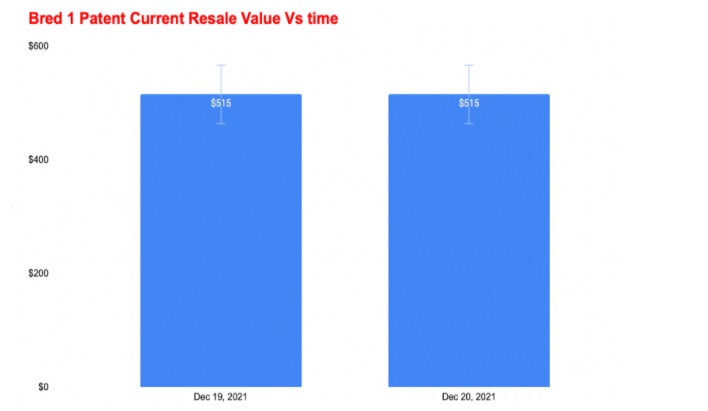 As you can see, the average sale price is currently $515, here is a five number summary for additional insights.

By the time it is officially released, the sneaker will have lost roughly 10% of its current selling value, but you can expect big things after that. Let’s attempt modeling the Bred 1 Patent using the linear equation we found in the previous paragraph, but we’ll need to make some changes. While the 2016 Bred 1 started at a cheaper price ($249), the Patent Bred 1 will start at $449, which is in line with the current average sale price.

So in one year, which coincides to the twentieth 18th period, the projected

For those with access to enough capital, this is definitely going to be worth the long term haul. I won’t give any more details than what’s here. If you’re interested in additional information, you can contact me directly via 240 481 1672 or email me at mistourasal@gmail.com

Where To Buy Right Now

You can  purchase it right now on eBay from our featured sellers via authenticity guaranteed, CLICK HERE