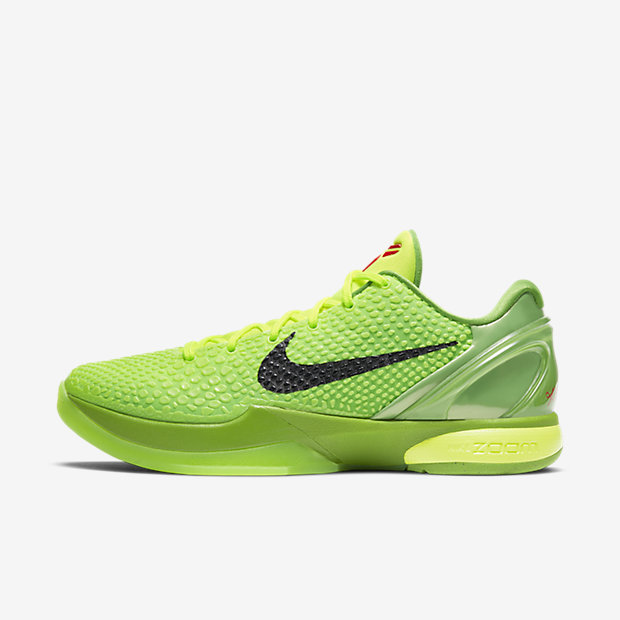 The Nike Kobe 6 Grinch will officially release on December the 24th in keeping with Kobe’s number and retails for $180. The colorway was originally released on Christmas day 2010. The Lakers were facing the Miami Heat, a game that Kobe and the Lakers lost by 16 points. The Heat had their loaded team comprised of Lebron James, D Wade, Chris Bosh and the other role players. The shoe features  a scaly, reptile-inspired upper with lime green coloring reminiscent of Kobe’s Black Mamba persona. Today we’ll try to come up with an estimate of the possible number of pairs that were released and the shoe’s current resale value. First let’s get a count of the stockists allocated an inventory in addition to Nike.

Now that we have a list of the stores that will carry the Kobe 6 Grinch, let’s set up our assumptions

I counted a total of  72 Footlocker physical stores that were going to carry the shoe, so we’ll add the following assumptions 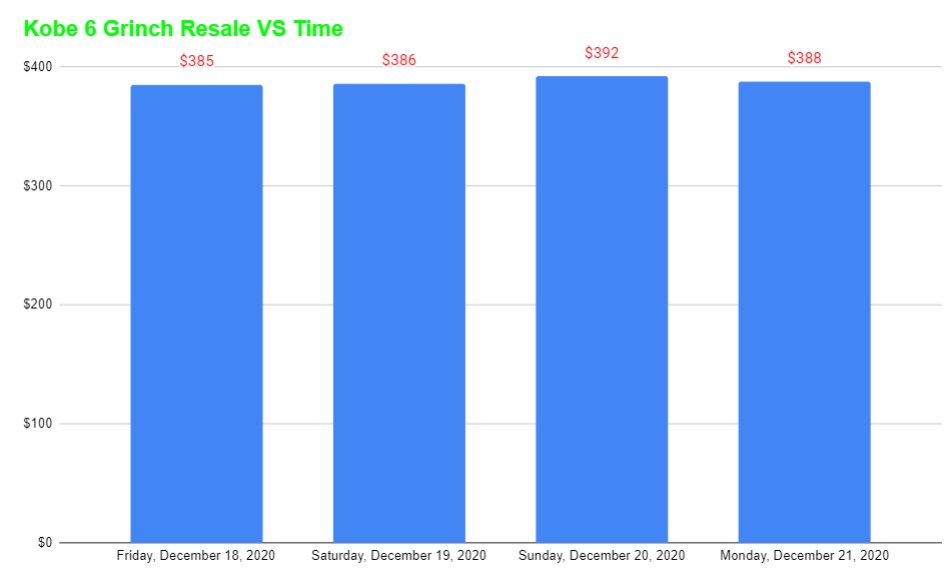 The chart above gives you a breakdown of the average resale value by day. We can cut the gordian nut and project the resale value of the Kobe 6 Grinch between $380 and $400. Profit margins will fall within the ( $154, $170) interval for mark ups within the (81% to 89%) range. Let’s also look at sizes with the highest margins 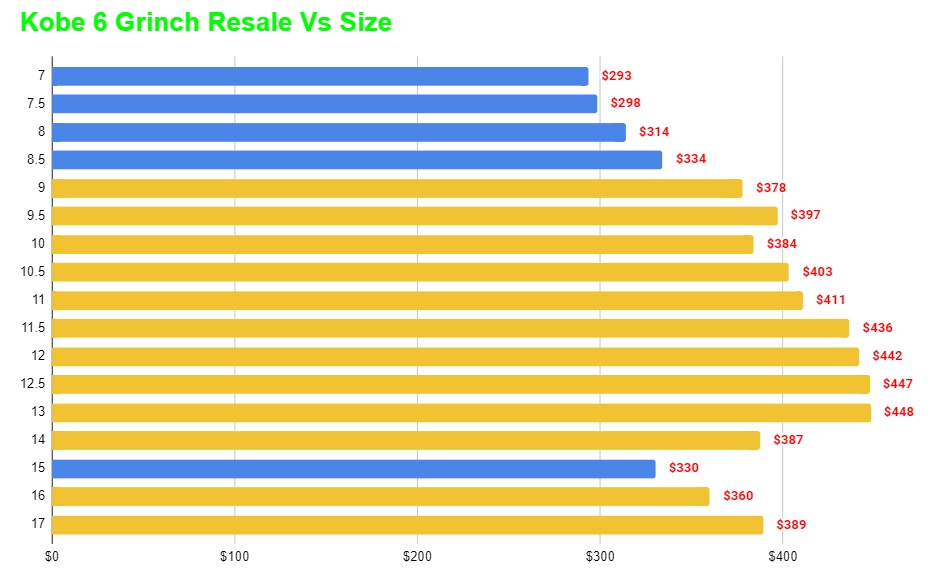 You can buy authentic pairs now on eBay from our featured sellers via authenticity guaranteed, CLICK HERE 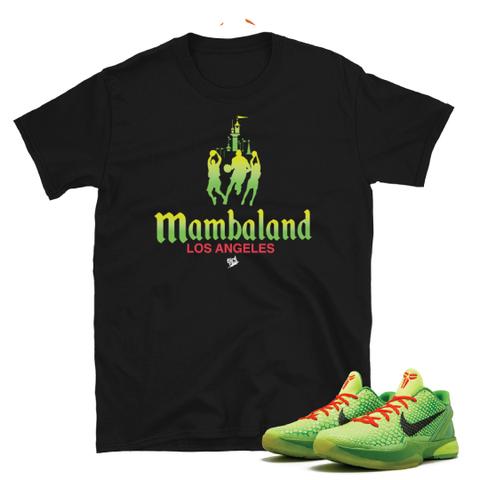 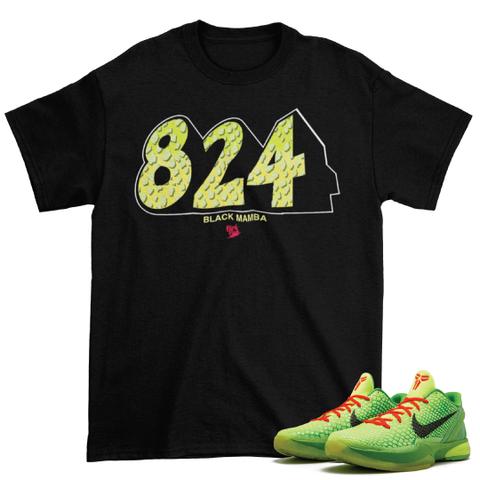