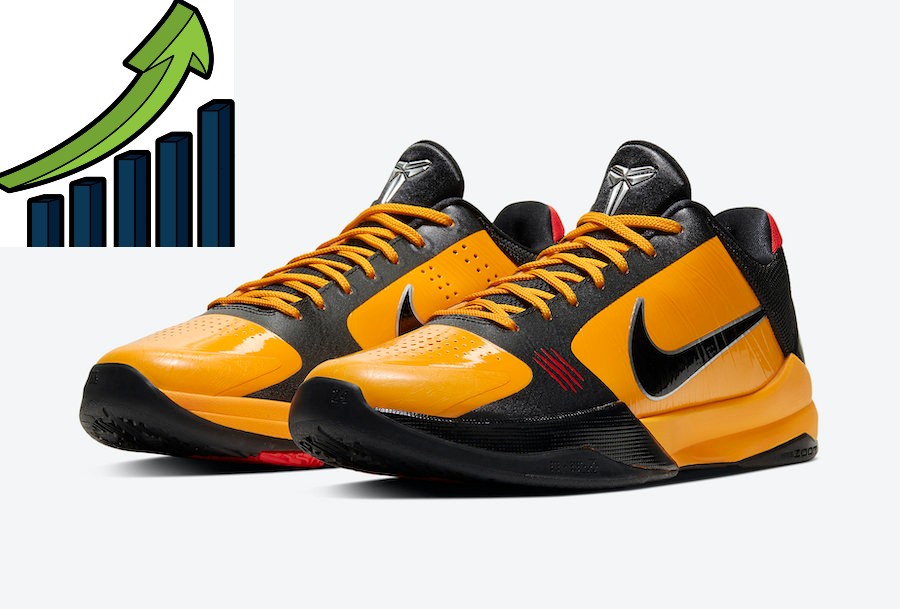 It’s still hard for us to come to grips with the fact that Kobe is no longer on this side of Eternity. One of of his most most memorable signature shoe is the Nike Kobe 5 Protro Bruce Lee. It wasn’t originally called the Protro Bruce Lee, it actually released in 2010 for the first time and its colorways was inspired by the one piece jumpsuit Bruce Lee wore in his classic movie the “Game of Death” . Kobe had an admiration for Bruce Lee and he actually  took major inspiration from Lee’s style and mentality, learning to adapt and react to the split-second spontaneity of the game of basketball. Today I’ll try to come up with a believable estimate of the possible number of pairs of the Kobe 5 Bruce Lee that could’ve been made. First let’s get account of the stockists that will be allocated the shoe beside Nike.

So far these are the only places that are confirmed. Now let’s set up our assumptions and then we can calculate the numbers.

And based on this we can assume that the global production will anywhere between 24,000 pairs < Total Number of Pairs Made < 40,000 pairs 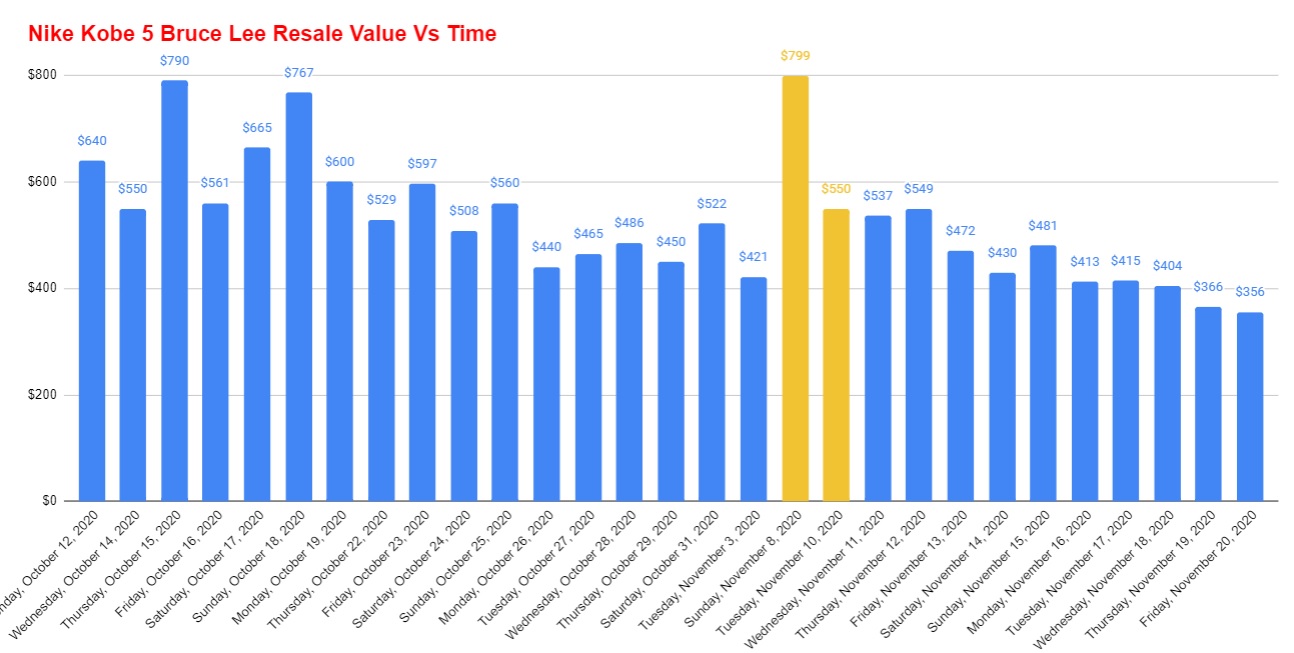 The chart above is a breakdown of the average resale value by day between October the 12th and November the 20th. You can see that it is very irregular. I’m more interested in the data from November the 8th to November the 20th. There was a sudden decrease from November the 8th to November the 10th ( from $799 to $550) and from then on the value has been slowly decreasing. It has steadied up at $350 but we can make some strong inferences. This shoe will definitely gain in value as time progresses, it is limited, highly coveted so you can expect the resale value to fall within the ( $360-$500) within the next couple of weeks. And by the time we enter the new year, I’m suspecting that the resale value will be $500+.

Let’s also look at the sizes with the highest margins 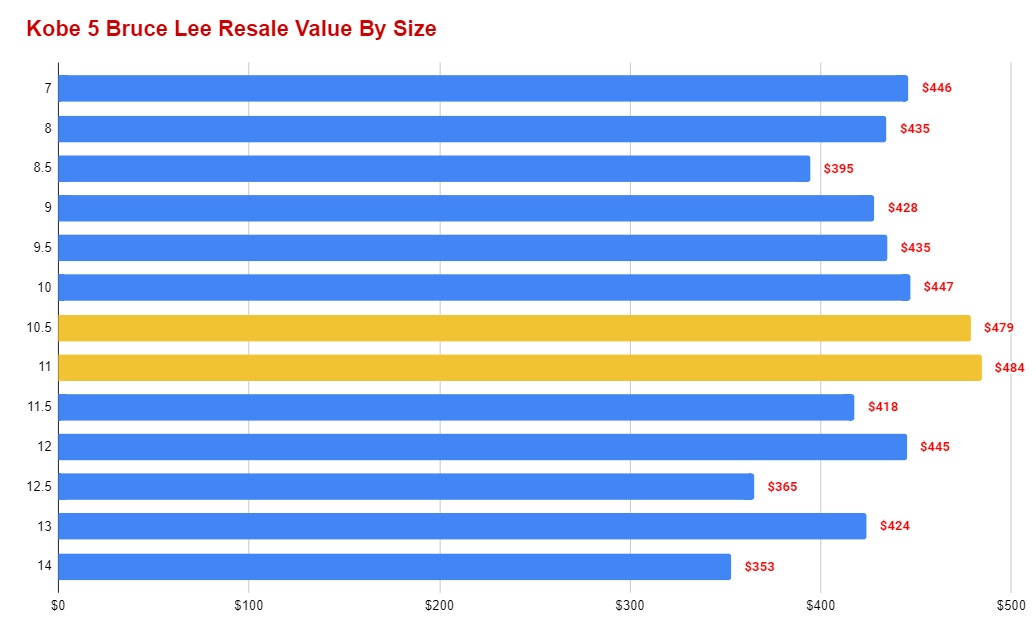 You can clearly see what sizes yield to the highest margins. As I stated earlier , the resale value will fall within the ( $360-$500) range, and then numbers above pretty much confirm my earlier proposition. You can expect your profit margins to fall within the ( $140-$190) for mark ups within the ( 70%-130%). The verdict on this shoe is very clear, it’s definitely worth purchasing for multiple purposes, sentimental value if you’re Kobe fan, and monetary value if you’re looking to earn some money on it.

You can purchase it now on eBay from our featured sellers, CLICK HERE