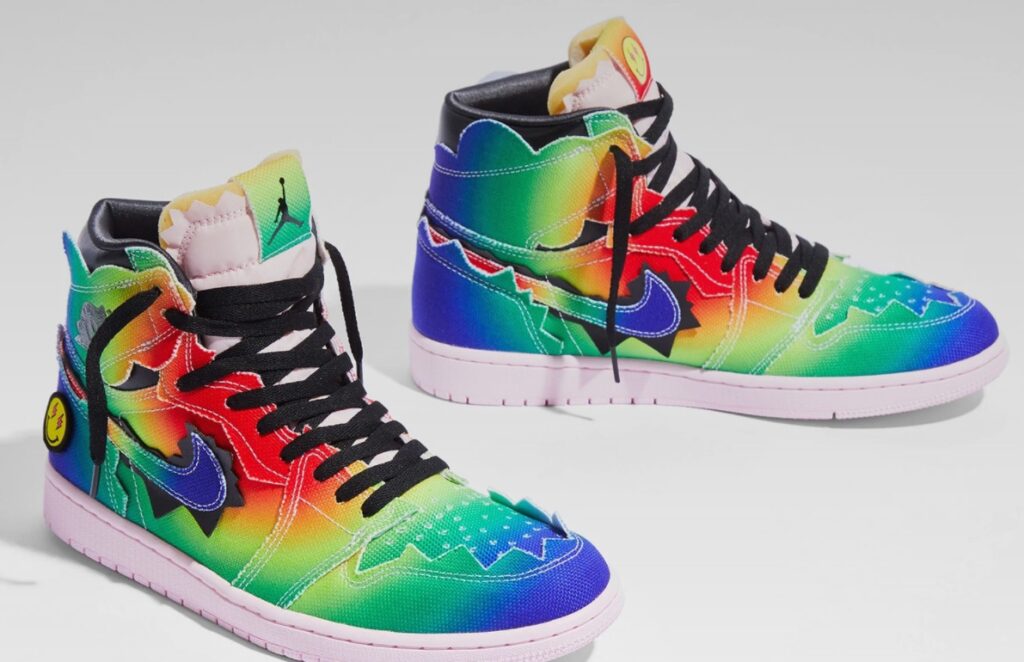 The J Balvin X Air Jordan 1 will officially release on December the 8th and retails for $260. The shoe made its initial appearance during the Super bowl 54 half time show, as it was showcased by Colombian artist J Balvin. The shoe features a myriad of colors reminiscent of a rainbow with striking graphics including the including Balvin’s signature smiley face on the outside of the tongue, the heel  and the insoles. Today we’ll try to figure out how many pairs were possibly made and also check the shoe’s current third party marketplace’s value. First let’s get a count of the stockists that were allocated an inventory beside Nike.

The hardest part would be setting up the assumptions, let’s try to with the following: 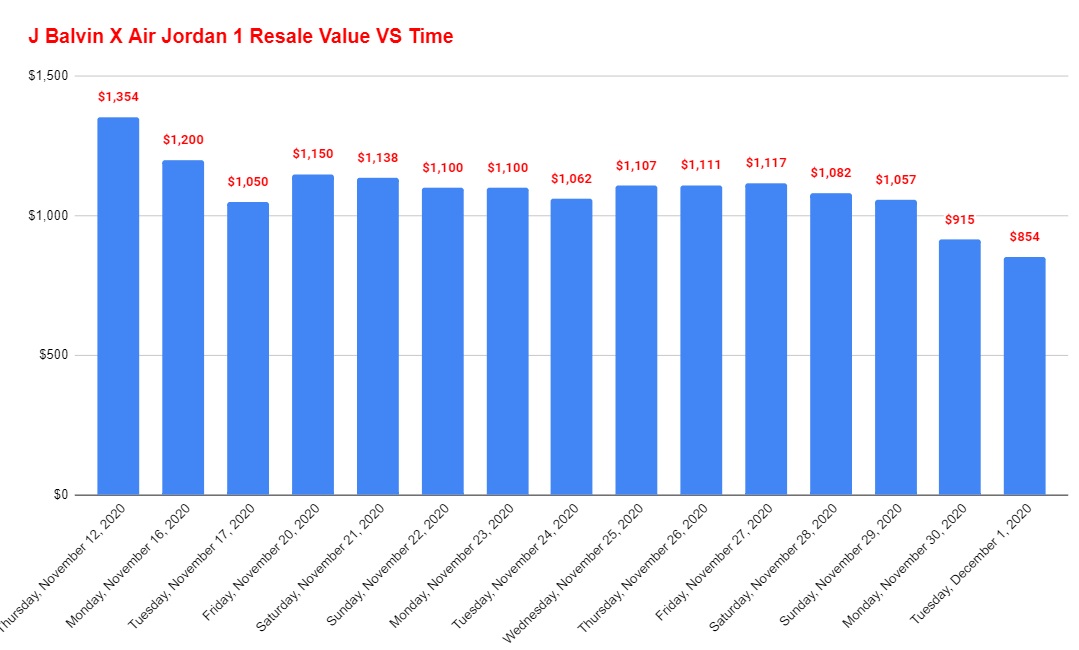 The chart above gives you a breakdown of the average resale value of the shoe per day since November the 12th. You can clearly see that the shoe will certainly yield to homeruns as far as profit is concerned. The value dropped within the last couple of days by more than $100 but that doesn’t mean much. We can definitely say that the resale value will fall within the ($900-$1000) range. Let’s look at the resale value by size. 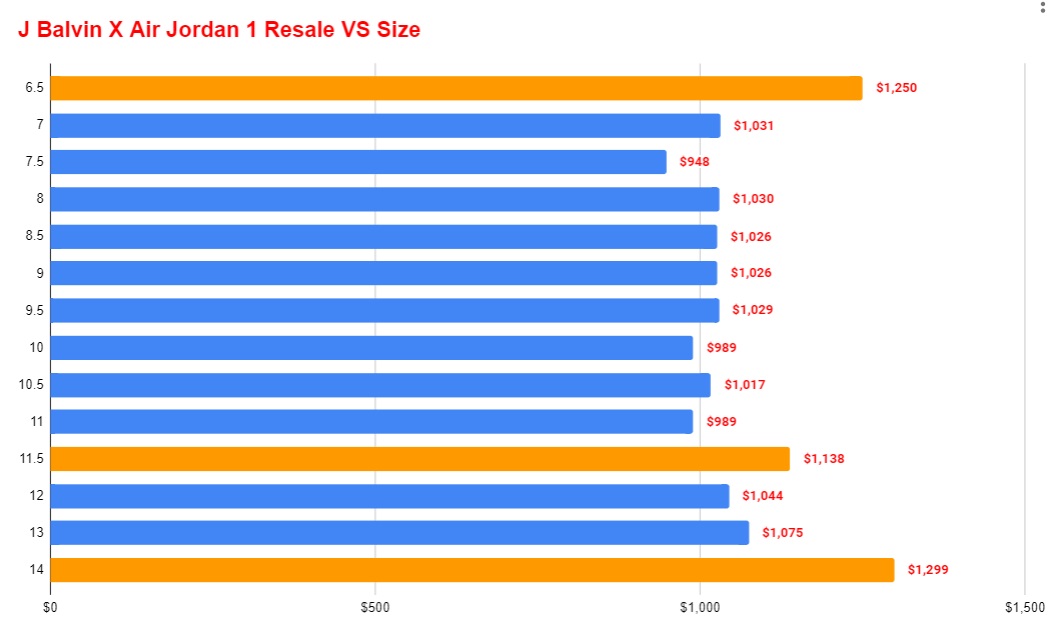 I highlighted the sizes with the highest returns in gold and sizes 6.5, 11.5 and 14 fall in that category. Frankly every size is good and you can clearly see that on the chart. Since we considered that the shoe will resell for values between $900 and $1000, folks can expect their profit margins to fall within the ($540-$630) for mark ups within the (196%-230%). The verdict on this shoe is very clear.

Product Information/ Where To Buy It Now

You can purchase it right away on eBay from our featured sellers via Authenticity Guaranteed, CLICK HERE