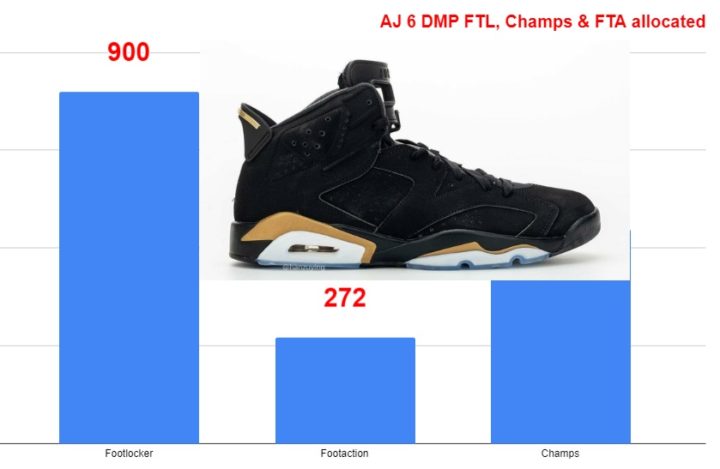 0shares
The Air Jordan 6 DMP is releasing in about two weeks and I still don’t have any information on allocated  retailers yet, but make a prediction on how many pairs possibly made shouldn’t be a daunting task. This is going be a general release sneaker; I just took a look at a few third-party marketplaces and the shoe currently has an average sale value of $245. There have been a few sales recorded on eBay ( about 40 sales  in the mid $240’s), which means good news for retailers.
But let’s try to  figure out how many pairs Nike could make; we have to take into consideration this is the first time this model is being recycled again, and folks in the sneaker community have been waiting for it. I’m saying all this to say that Nike will  definitely put out a substantial amount of units even in kids  sizes.  Since this is a GR sneaker , it’s safe to say that most major and minor  retailers will be given an inventory. But for the sake of keeping my sanity I’ll only lean on Footlocker and its sub entities ( Footaction, Champs and Eastbay). 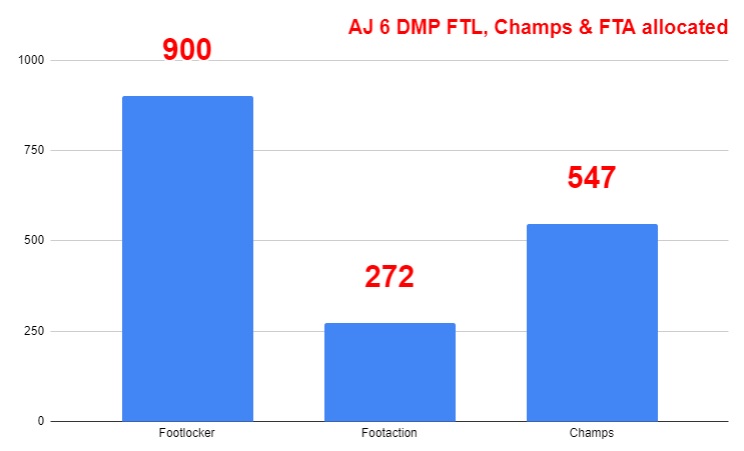 If you take into consideration the rest of the world , we can easily multiply that number by 2 and project the total number of pairs produced to be:

I’ve also written a post replica pairs of the Air Jordan 6 DMP being already out, so be sure to check out the link below

The Fake Air Jordan 6 DMP Is Already Out, Quick Tips To Identify It