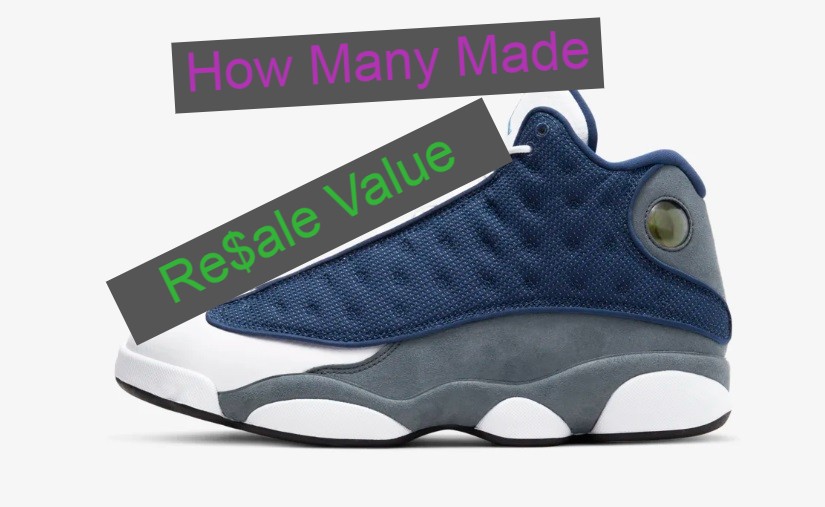 The Air Jordan 13 Retro Flint will officially release on May the 30th. This is its fourth appearance since its original introduce in the late 90’s. This year’s flint 13’s will have a lot of the same elements as the first model, notably the molded sockliner. For more on the feature of the shoes, refer to excerpt below courtesy of Nike,

The ‘Flint Grey’ colorway was among the first colorways released for the AJ 13, and this iteration is as true to the original as ever. Reflective elements in the upper shine bright like they did back in the day, and the shade of blue on the vamp has been meticulously matched to the navy tone of the OG. This special AJ 13 also brings back the molded sockliner from the original model for that game-ready fit and feel. Even the box has been re-created to match the shoe’s first run.

Today we’ll try estimate the possible number of pairs of the Jordan 13 Flint produced. Let’s first get quick count of the major and minor retailers allocated an inventory beside Nike.

Even though all these stores are mainly operating via their e-commerce shop, we’ll treat this release as if the physical locations were still operational as usual, but we’ll attribute their numbers to the online stores ( in other words the eshop will be given all the inventory the stores would’ve received). We still need to set some assumptions prior to running our numbers, and well use the ones below

1.We’ll assume that Nike will take a 1/3 of the production, Footlocker & Family ( Champs, Footaction) will also receive 1/3 , Finishline, Hibbett and Dicks   and minor chains and boutiques will account for the remaining 1/3. I’m only considering North America in this post ( notice that I didn’t include international locations).

Footlocker’s physical store numbers based on our assumptions: 24 x 730=17520 pairs 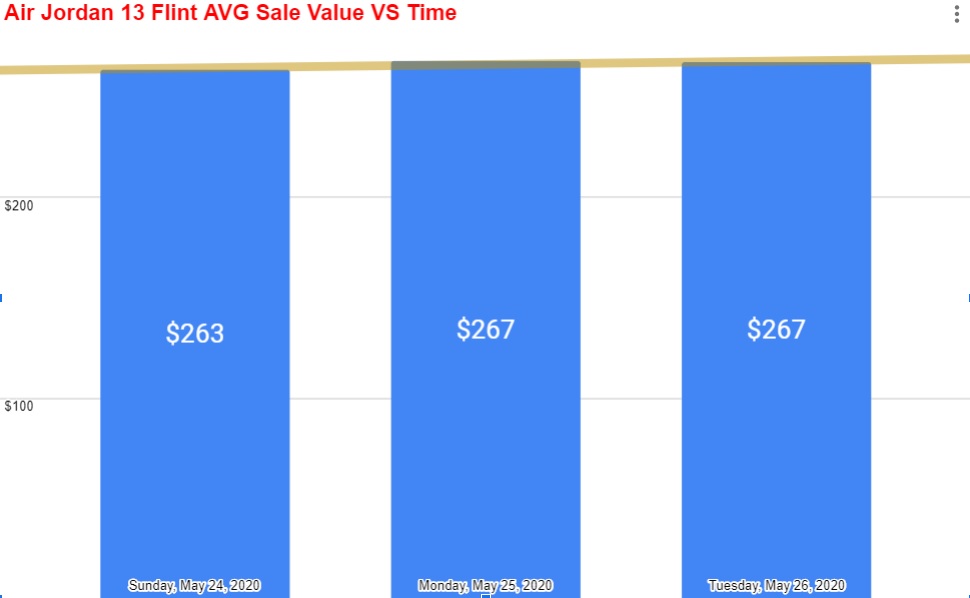 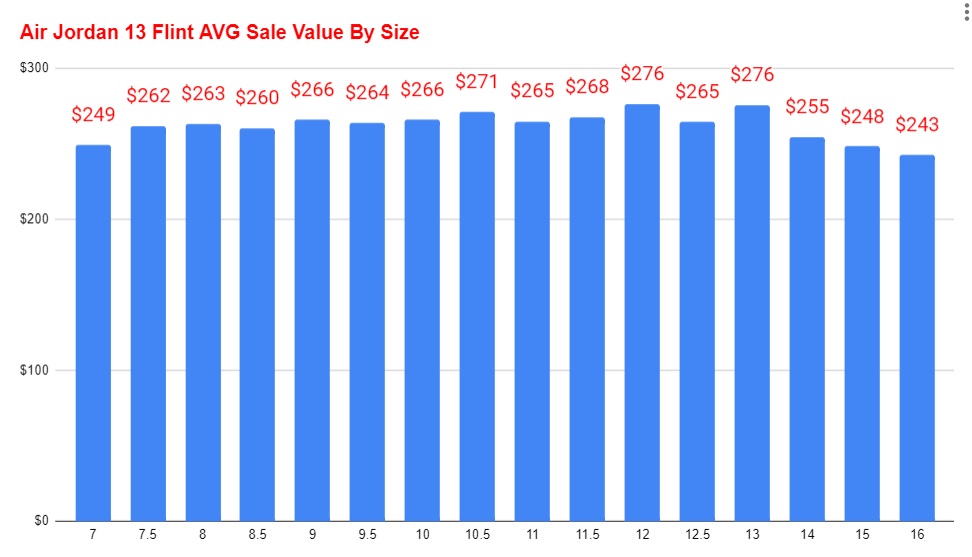 The shoe’s average third party marketplace value falls within the $243 to $276 range. Based on these numbers, folks are looking at profit margins within the $20 and $50 range ( for mark ups between 9.95% to 25%). That’s not bad at all especially if one can score multiple pairs at once. The shoe will certainly sell out via retail.