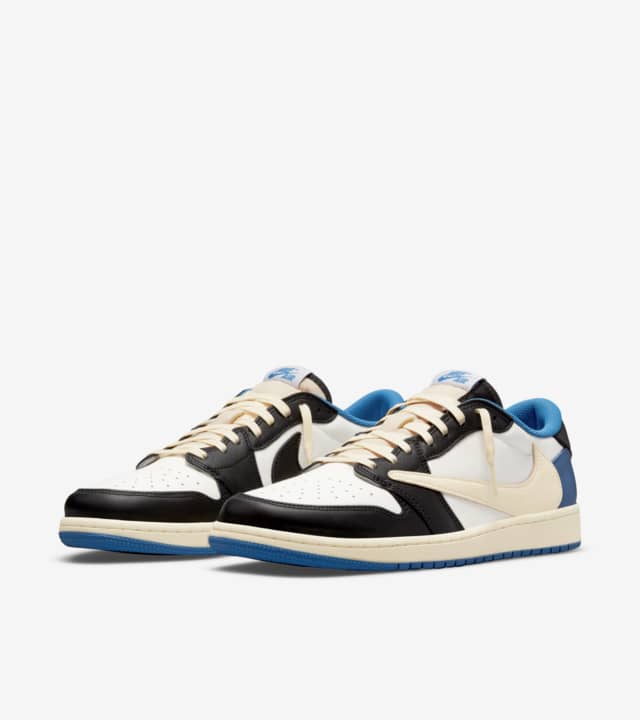 The Fragment Travis Scott Air Jordan 1 Low DM7866-140 is set to officially release on August the 13th and retails for $150. Sneaker heads worldwide were served with the high cut version of the same model a couple of weeks ago, and many were frustrated because they couldn’t get their hands on it. To add more fuel to the fire, it was revealed that two individuals were able to snatch about 110+ pairs by way of the sneaker bot. I actually wrote an article on that, see link below

Is It Possible To Stop Sneaker Bots From Taking Over The Next Sneaker Raffle ?

Prepare yourself for more frustration because this going to be the case with this iteration as well. This morning, I’m going to try to come up with an estimate of the possible number of pairs produced and we’ll also discuss the shoe’s current resale value. But first let’s get a count of the stores allocated an inventory beside Nike.

In stores only: FTL

So far these are the stockists that I confirmed, now we need to set up our assumptions and run some numbers.

Boutiques ‘s numbers= 16 x 300 pairs= 4800 pairs. We assumed that this number represents about 10% of the total inventory produced, so the total then will be, The chart above gives you a breakdown of the average resale value of the Fragment Jordan 1 Low Travis Scott by day. I don’t even see the need in discussing the after market value at all. The shoe isn’t going to sell for any less than $1000. Here is a breakdown of the resale by size. You can use the chart above to see what sizes to aim for.