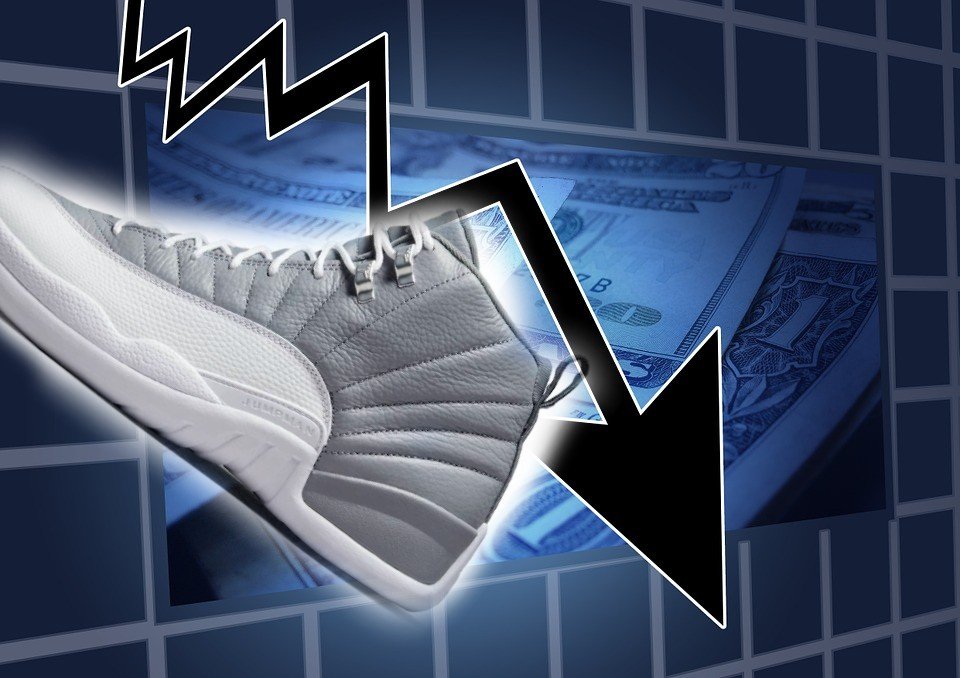 It’s no secret that the Air Jordan 12 is one of the most popular silhouettes in the Jordan Brand lineup. First released in 1996, the shoe was designed by Tinker Hatfield and inspired by the Japanese flag and a women’s dress shoe. The AJ 12 quickly found success on the court, as it was worn by Michael Jordan during the Bulls’ historic 72-10 season. In recent years, the shoe has seen a resurgence in popularity, thanks to a number of highly coveted retro releases. Now, Jordan Brand is capitalizing on that momentum with a new colorway – the Air Jordan 12 Stealth.

The shoe features a Stealth Grey upper with White laces and mudguard overlays. Metallic Silver upper eyelets and Black detailing finish off its look. As far as new colorways go, this one is pretty derivative of the original Obsidian 12s. But that’s not necessarily a bad thing. In fact, I think it’s kind of cool that Jordan Brand is paying homage to one of the most iconic 12s with this new colorway. If you’re interested in picking up a pair, refer to the details below 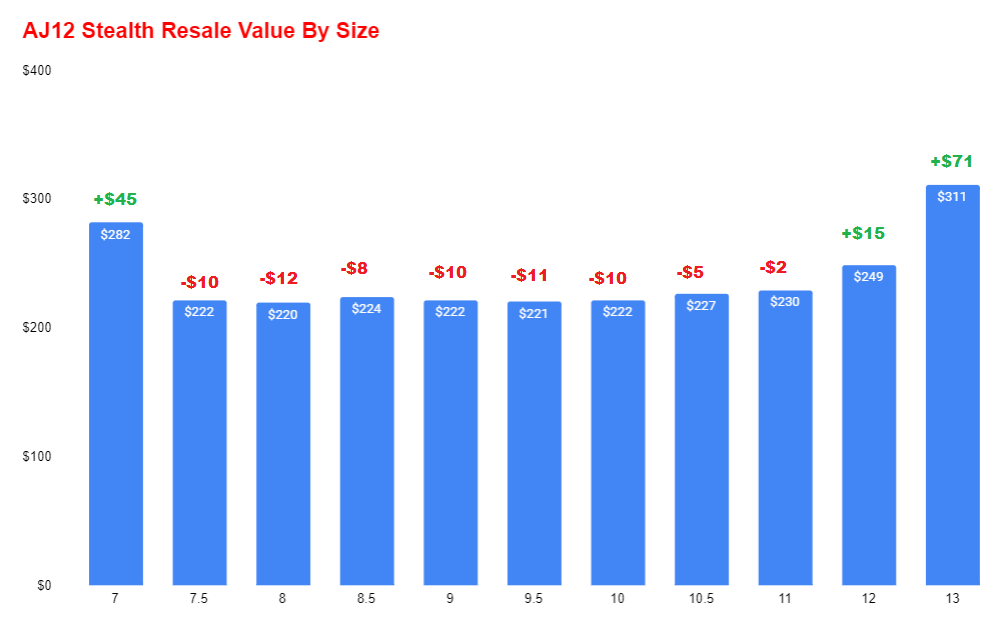 The chart above gives us a summary of the current earnings/losses per size sold of the shoe. As you can see from the data, 73% of the sales resulted in losses ( sizes 7.5-11), while 9% led to earnings under $20. Another 18% resulted in profits between $40 and $80 ( sizes 7 and 13). However, for both sizes 7 and 13, only one sale was recorded  tiny sample size), so the current data on those cannot be relied on completely. And ley’s not forget that the shoe is only releasing internationally at this point. It doesn’t release in the USA until August the 20th, which means that these numbers will probably drop by 5% to 10%, a much worse situation. What’s the verdict?

I would not recommend reselling the Stealth 12’s at all especially for those who are looking for homeruns. Now for the folks with capital, who are willing to wait a year or two, this might be a shoe worth looking at. But I can only see it peaking at $300 or $320 within the next 24 months. So you can decide whether this is a worthy investment or not. But this is another win for buyers, you’ll be able to snag a pair for retail or even less.

Be sure to also check out our projection on the Air Jordan 3 Desert Elephant, CLICK HERE

Here are some images of the shoes courtesy of Sneakerbardetroit