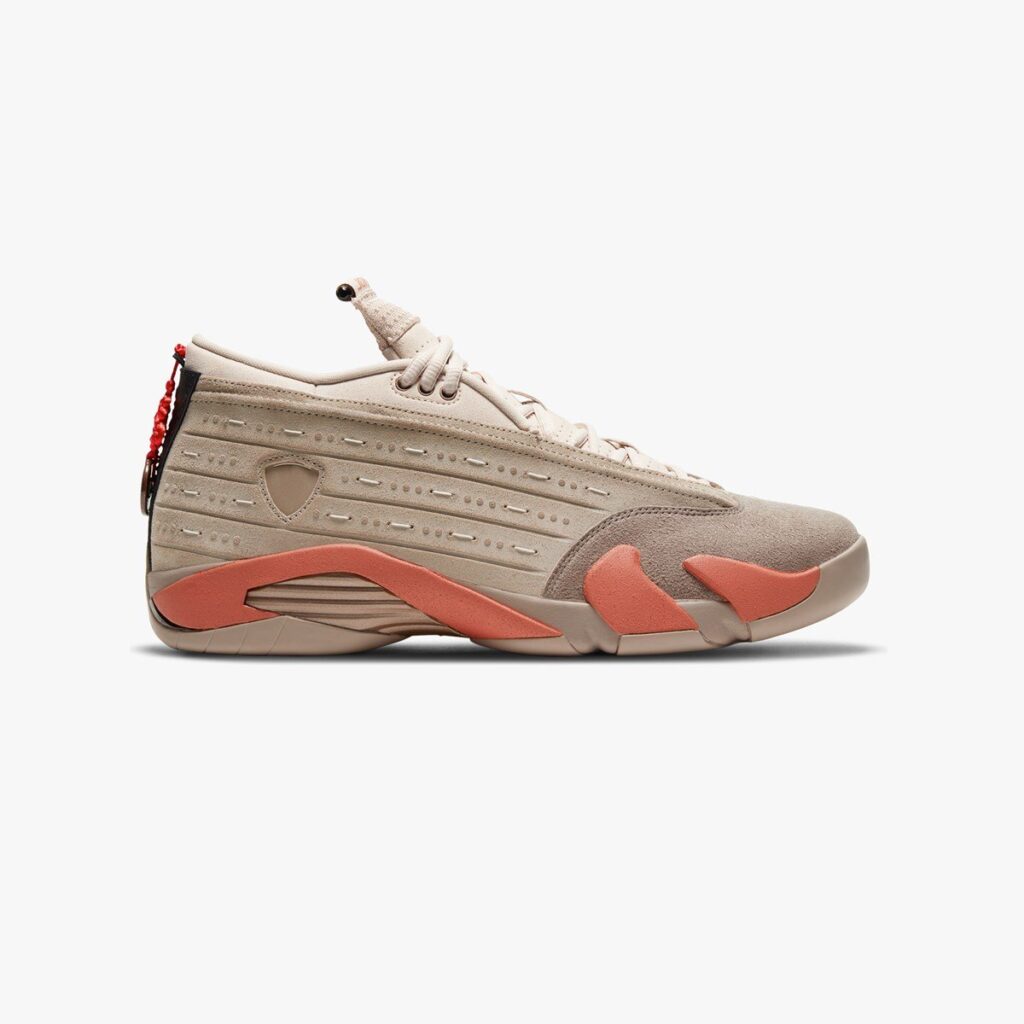 The Clot Air Jordan 14 Low is officially releasing on February the 11th and retails for $200. I’m not very fond of this colorway or the silhouette and I’m certainly not impressed with the backstory. Here is what I gathered from Oneblockdown about the inspiration behind the colorway,

When China’s first emperor died in 210 BC, he was buried with an army of over 8,000 sculpted figures to protect him in the afterlife. The huge armed force was sculpted from red clay and, after being unearthed in 1974, became known as the Terracotta Army. An archaic monument and a discreet pair of sneakers might seem like different universes, but not to Edison Chen, designer and founder of Clot, whose main philosophy revolves around the bridge between Eastern and Western design. Inspired by that underground infantry, the Air Jordan 14 uses a mix of matte suede and earth-like textures to create an equally ancient and innovative look. The silhouette features a sturdy construction reminiscent of armor, a metal medal on the heel and an esoteric tag depicting a venerable warrior traveling to the basket.

You realize the absurdity in the belief system of these folks. I’ve written an extensive post as to why the God of the Holy Scriptures is the only true God and why His view on eternity is the only one that matters since HE constitutes the absolute, see link below

How Do We Know That We Serve The True God?

Now let’s try to figure out how many pairs of this model could be made and its current resale value. I can intuitively tell you that 8,000 pairs would be made based on the number of clay soldiers that were unearthed, but let’s be a little more practical and see if we can figure it out mathematically. First let’s get a count of the stockists allocated an inventory 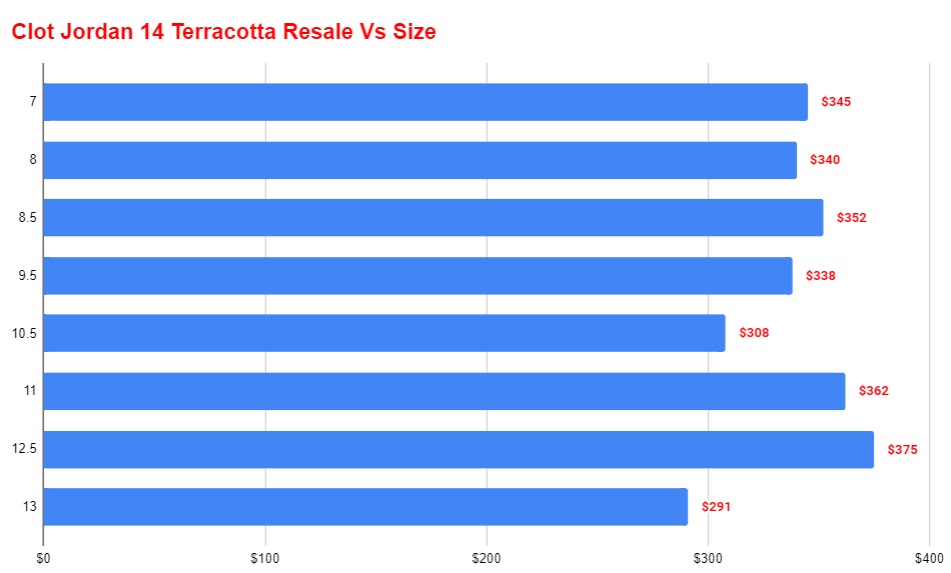 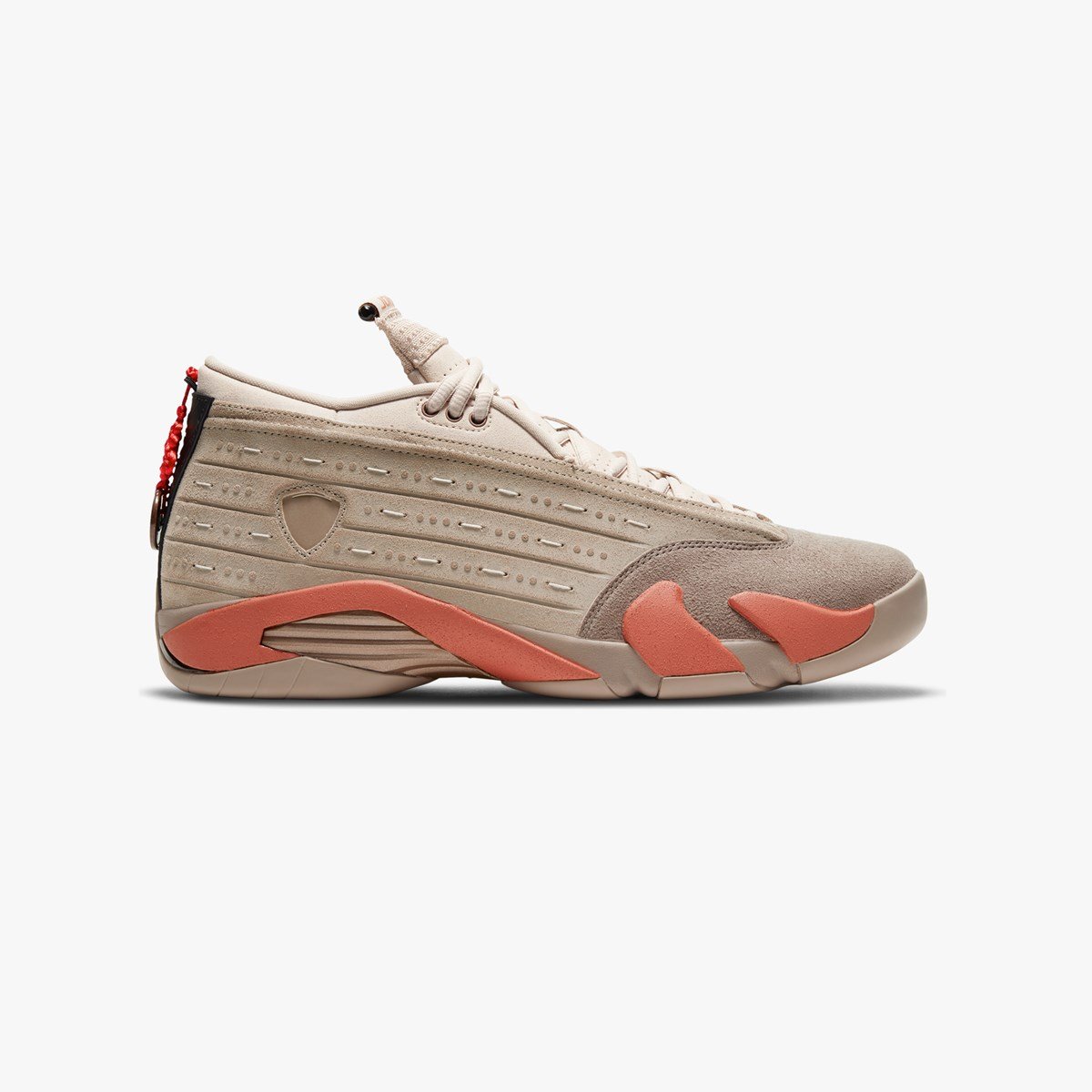 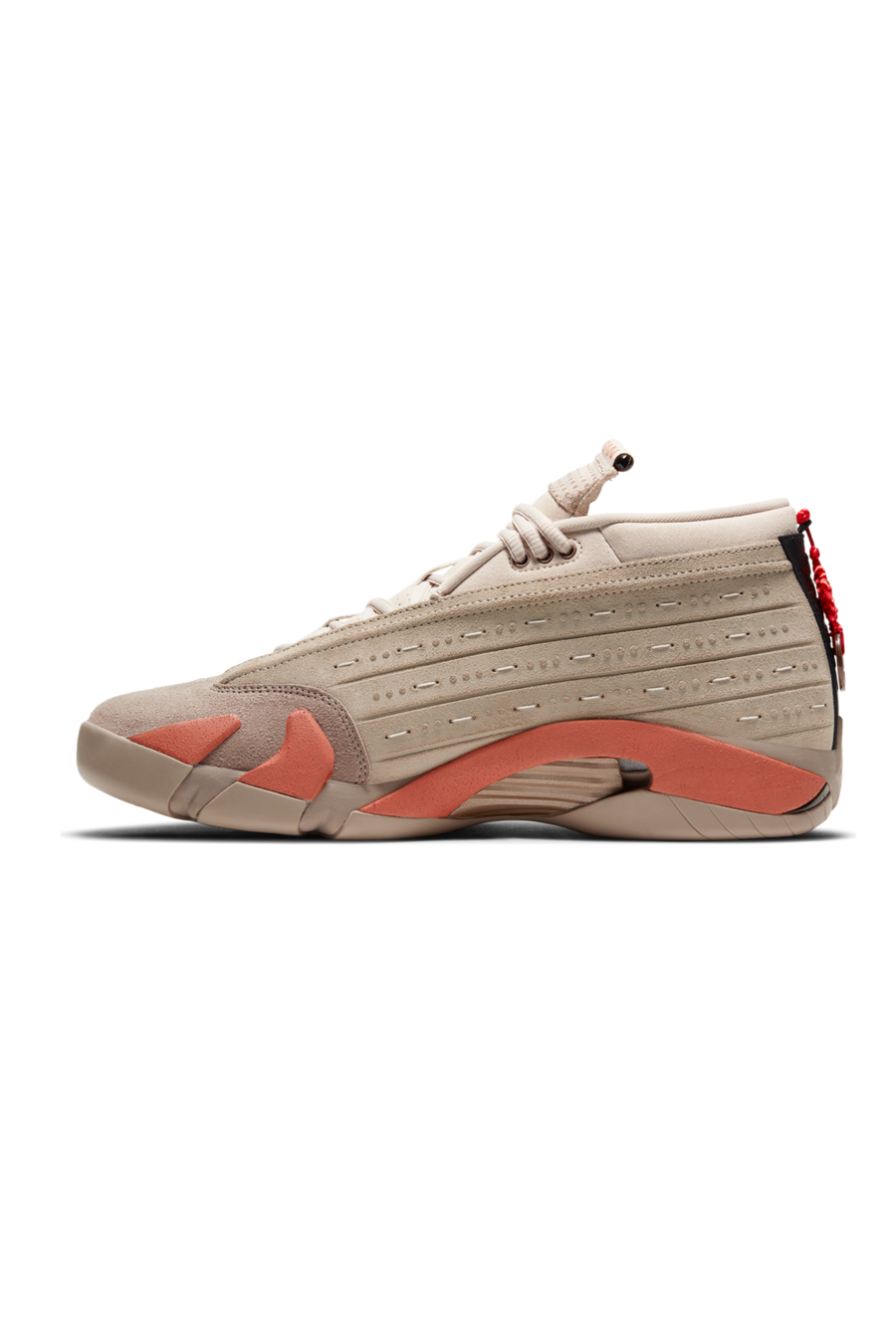 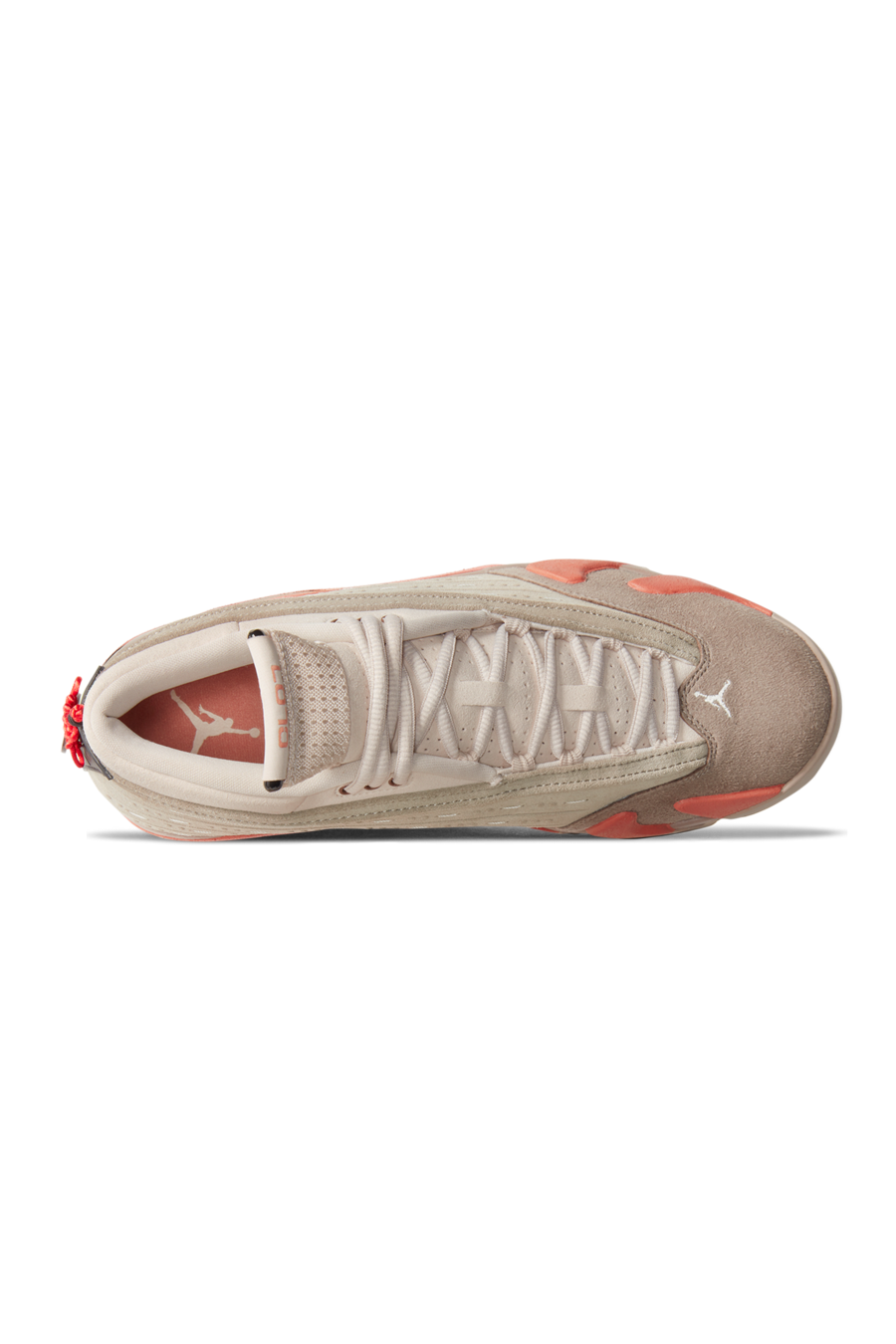 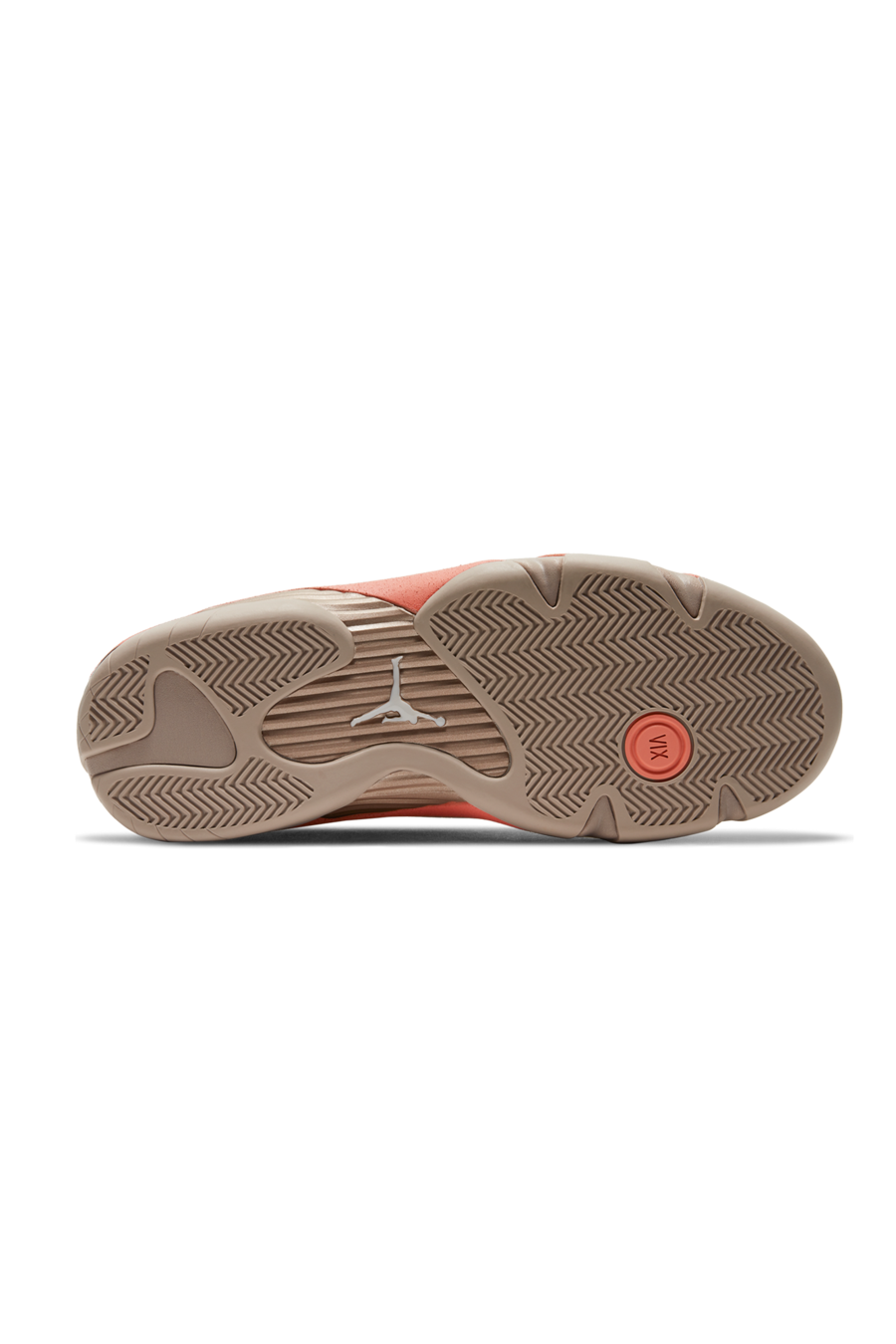