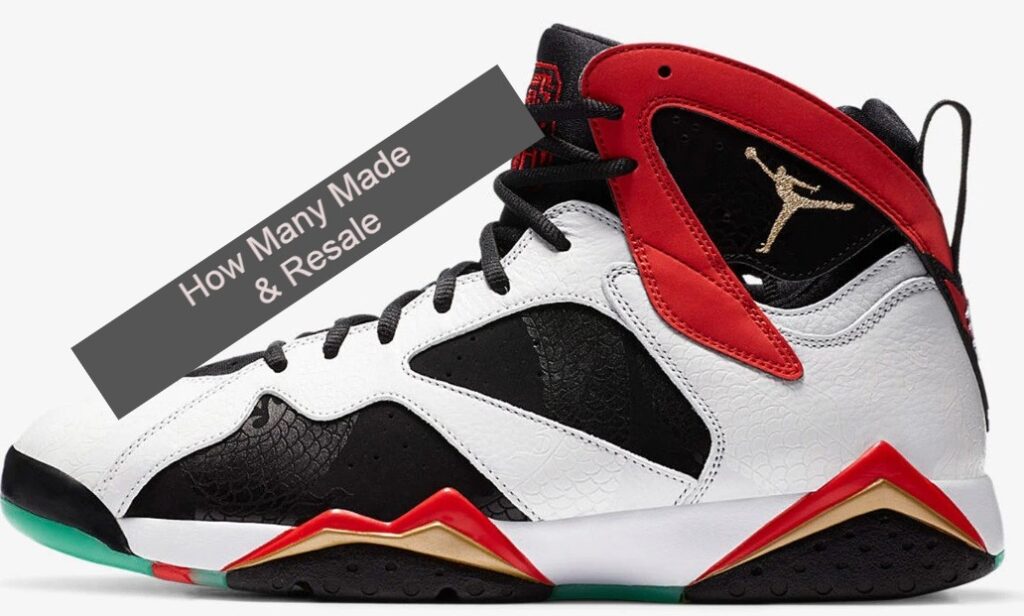 The Air Jordan 7 GC China Chile Red is officially releasing on September the 12th, the same day the Oregon 5 is releasing. The shoe features a black nubuck upper with  white and red leather overlays. On some of them, there is also a very discreet finish inspired by dragon scales. Additional details include  a gold Jumpman at the ankle, Chinese characters on the tongue and heel, a traditional print on the inner sides and a multicolored outsole. Let’s try to figure out the number of pairs that might have been produced with the little data that we have. Let’s first get quick count of the stockists that will be allocated an inventory beside Nike.

Major Retailers: Nike only in the US

There might be more stockists but thus far, these are the only I could confirm. Our next step will be setting up some assumptions and running our numbers. The picture below will guide us in the process of building our assumptions.

I fetched this picture from END, basically we can assume that the store has about 21 sizes available for the Jordan 7 GC Chile Red. Now we need to figure out how many pairs per shoe will be given to them. I’ll assume that it will be 20 pairs per size, hence the following assumptions.

END’s total inventory= 21 x 20= 420 pairs and since I’ve only confirmed 11 locations , we’ll assume that the total number of pairs for the boutiques is: 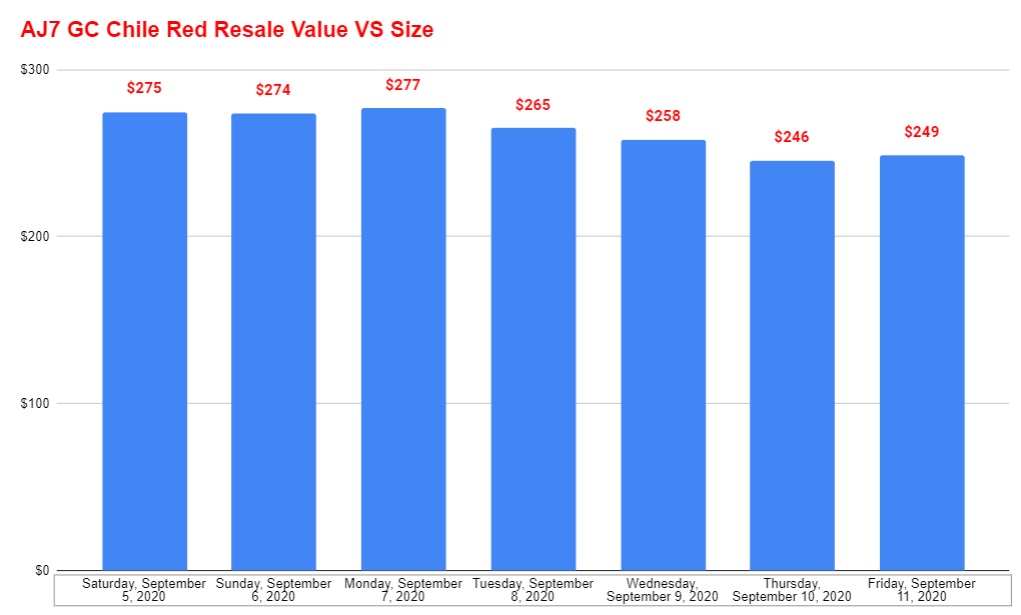 The chart above is pretty clear, it  is a breakdown of the average resale value per day since Saturday , September the 5th of 2020. The shoe has been trending down from its initial value of $275. It is now at $249 and I expect it to lose another 4%-5% of its value by the time it releases. The resale value will probably fall within the $236< Resale Value < $250. Profit margins will fall within the $7 < profit < $21. I’m not even sure if this shoe will sell out instantly. Let’s not forget that the Jordan 5 Oregon is releasing on the same day, this wasn’t a great move by Nike as far as retailers are concerned. There you have it folks.

BUY IT NOW on eBay from our Featured Sellers Click HERE 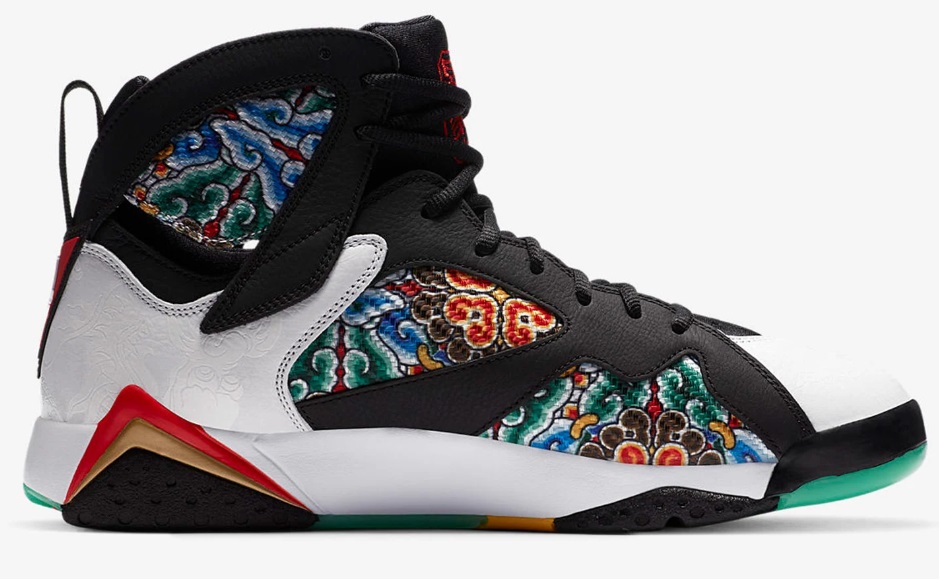 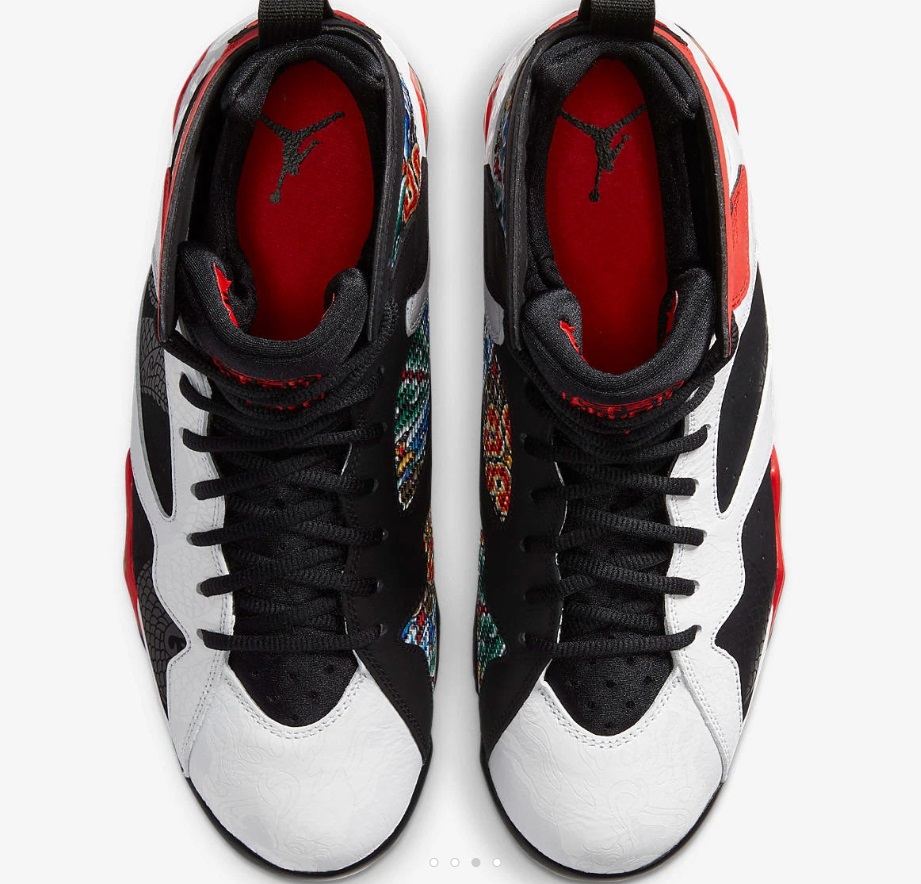