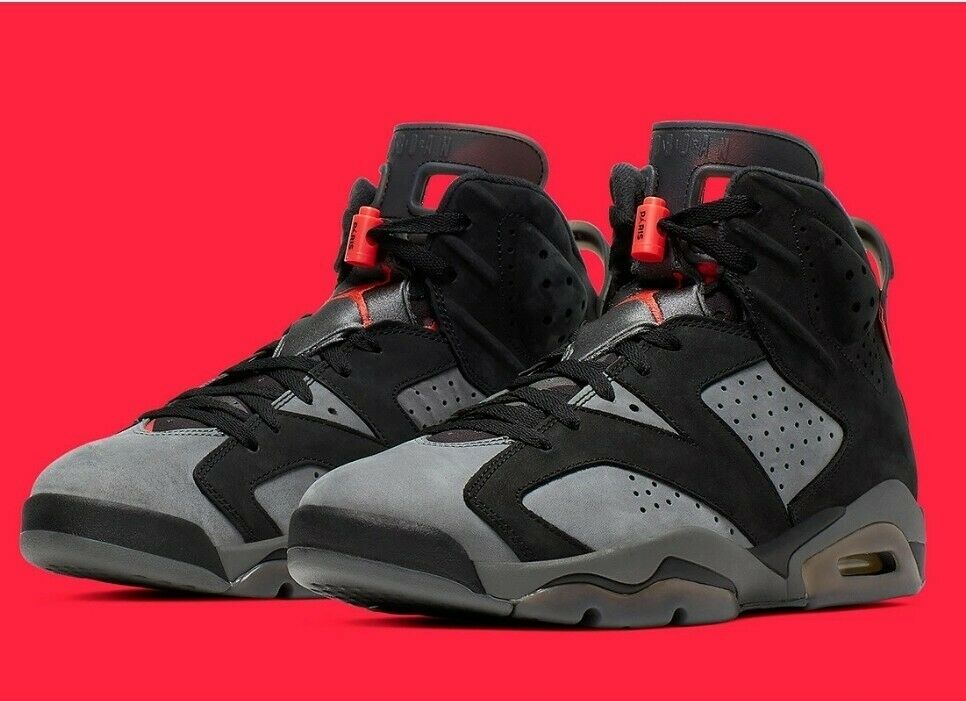 Growing up in Togo, West Africa, a former french colony, football ( soccer) was a huge part of my upbringing and the PSG was one of the teams that I enjoyed watching. I wouldn’t say that Nike creating a shoe inspired by the PSG brings any types of memories but it’s always refreshing to see that soccer is beyond tolerated now in the USA i,e Americans  have a genuine  affinity toward this sport in this current era. My job this morning is to figure out the number of pairs Nike could’ve possibly made. To do so I had to collect data and my only source was a Sweetsoles.tumblr a website that has a list of several boutiques under contract with Nike worldwide. I had to literally spend about two hours going  through the 361 shops listed ( carrying Jordan Brand items), check their release calendar to see which ones were allocated the Air Jordan 6 PSG. This is the list I came up with

and Nike of course.

Our next challenge is going to be estimating how many pairs each store is receiving; we’ll also have to create a pattern between Nike and the distributors listed above.

Why the number 108? 108=36 x 3; Nike chose to give this particular item to only 12 boutiques so I’m assuming that each will be allocated 3 times the amount they usually get on limited release sneakers.

MARKET VALUE/ SHOULD YOU BUY TO FLIP??

eBay’s sample is very small, the platform only recorded 2 sales so that’s not enough information to make any reasonable claim about the market value of the shoe, see screenshot below 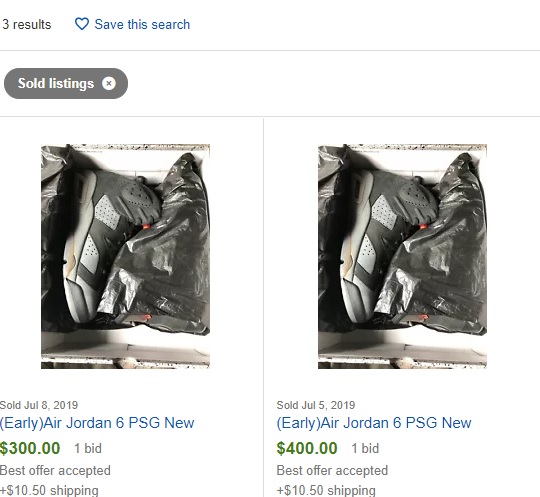 And the worst part about the screenshot above is that those sales occurred in early July ( between the 5th and the 8th), which tells me that either folks aren’t interested in the shoe or eBay is no longer the primary destination for hyped sneakers. Therefore let’s check Stockx’s data to see what we can infer from it, see screenshot below 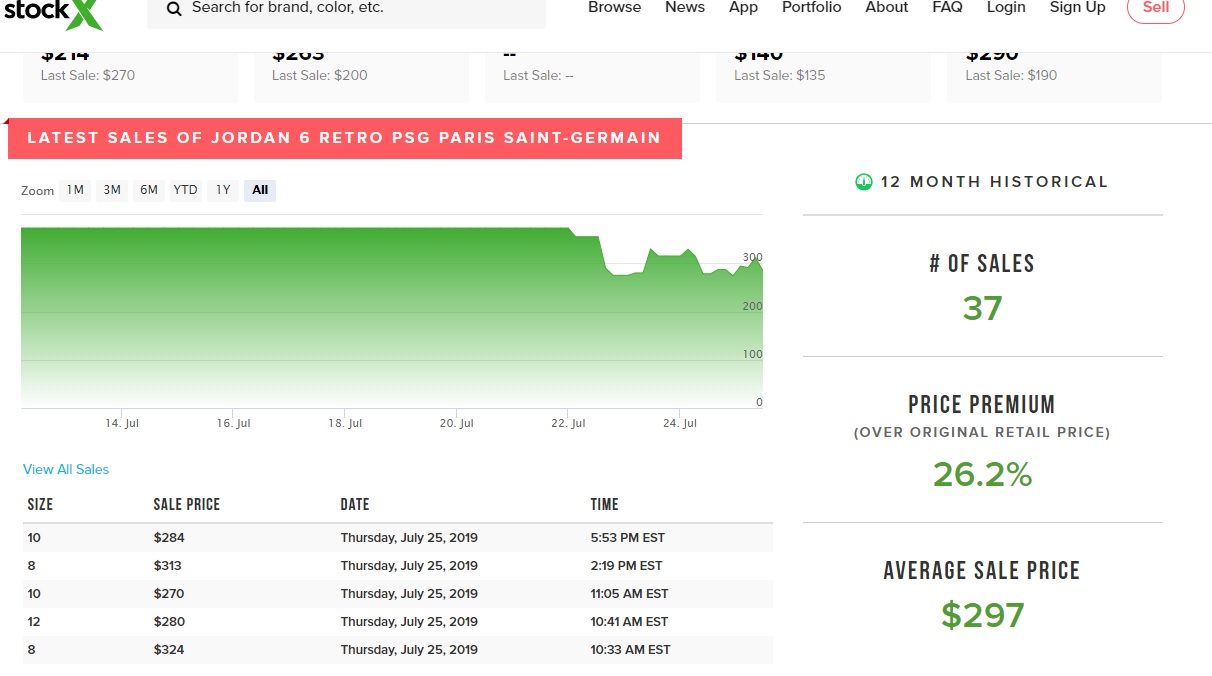 37 sales recorded for an average value of $297; the date does indicate that the shoe is a bit scarce but scarcity means nothing as far as this model is concerned because the mark up is only 26.2% and I’m assuming that it will go further down after the item releases officially ( I could be wrong). But one thing is certain, StockX has completely overshadowed eBay when it comes to marquee/limited sneakers , and I gave the reasons for that in the post below, check it out