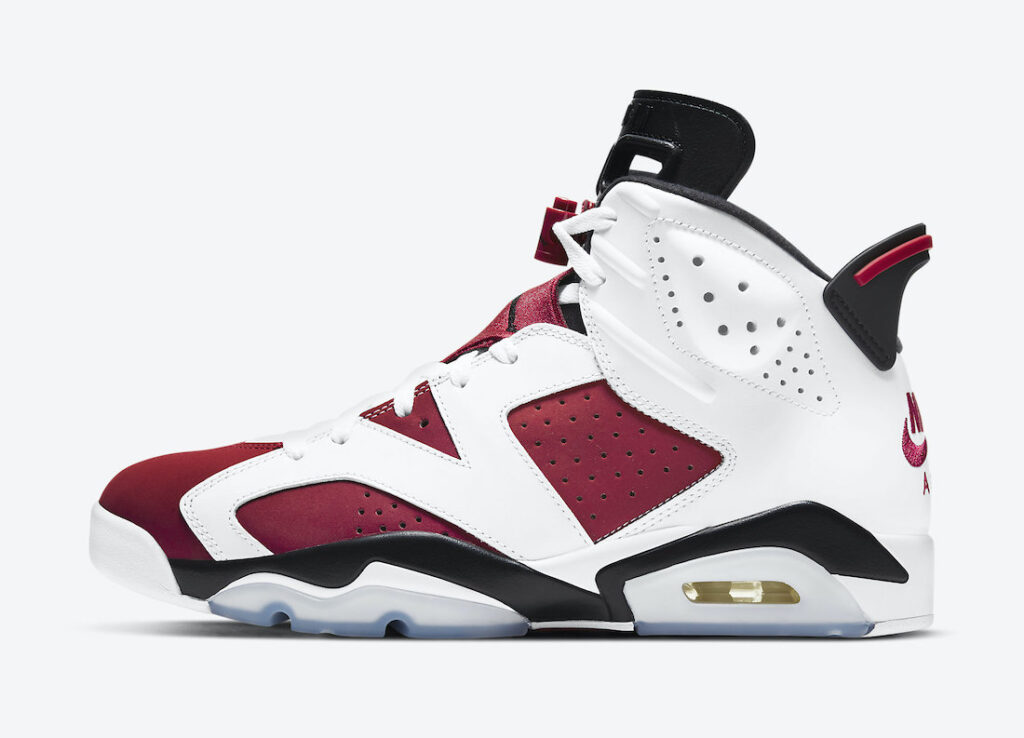 The Air Jordan 6 Carmine is officially releasing on February the 13th and will retail for $200. The colorway was originally introduced in 1991 after Michael Jordan captured his very first NBA title with the Chicago Bulls. He wore the Carmine 6 on during the ring ceremony night on November 1st of 1991. The Jordan 6 silhouette was inspired by MJ’s love for German sports cars; this particular colorway is highly coveted in the sneaker community. After its first appearance in 1991, the shoe made a return in 2008 with the CDP ( Countdown package) and in 2014 as well. Both the 2008 and 2014 edition featured a jumpman on the back. With the 2021 Jordan 6 Carmine, Nike went back to the roots and the heel will now be adorned with the “Nike Air” text and swoosh logo on the back. Today we’ll try to figure out how many pairs of the shoe could be possibly made and its resale value. First let’s get a quick count of the major and minor retailers allocated an inventory.

We’ll not include the boutiques in this case since their numbers are not going to affect our estimates that much. 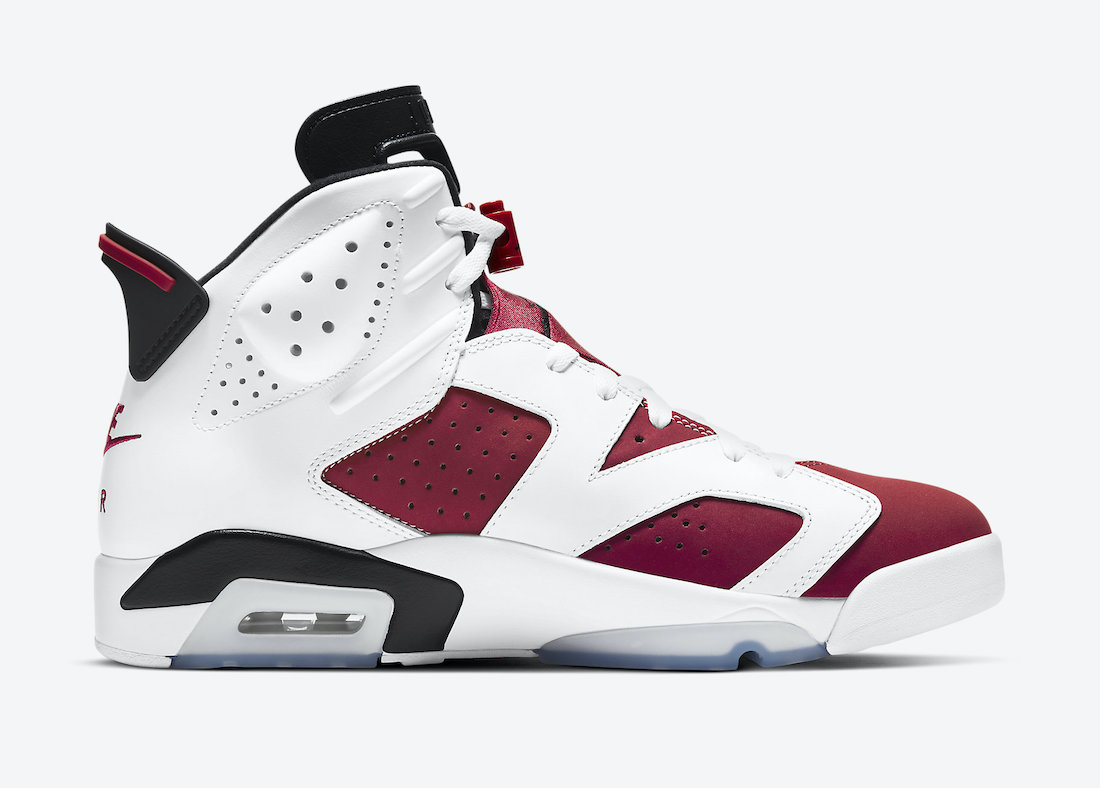 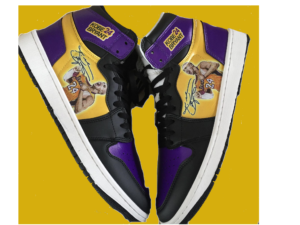 Now let’s about the resale price 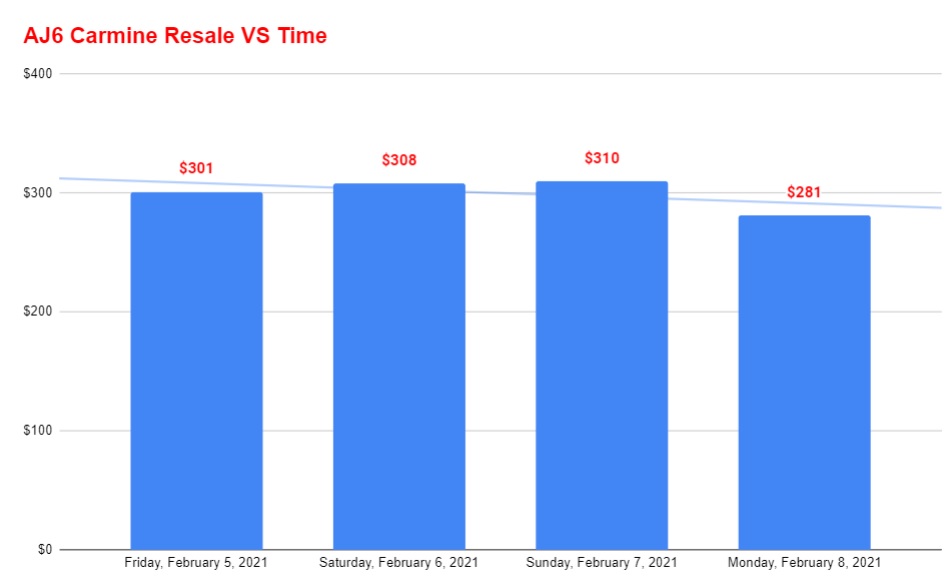 The chart above gives you a breakdown of the average resale value of the Carmine 6 by day since the 5th of February. You can clearly see that the shoe is selling for values within the ($280-$300) range. This is a general release sneaker ( almost every shoe retailer is going to get it). I wrote a post in which I established that most GR sneakers lose about 5%to 10% of their original resale value by the time they release officially. I think for the Carmine 6, we might see a 5% drop, which means that the resale value will sit within the ($285-$300) range. Let’s check out the sizes with the highest margins. 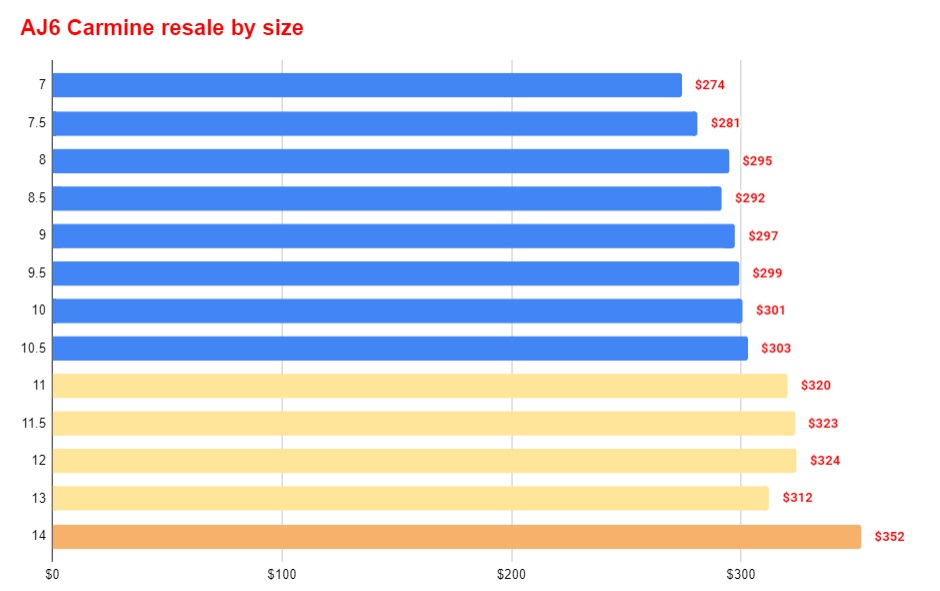 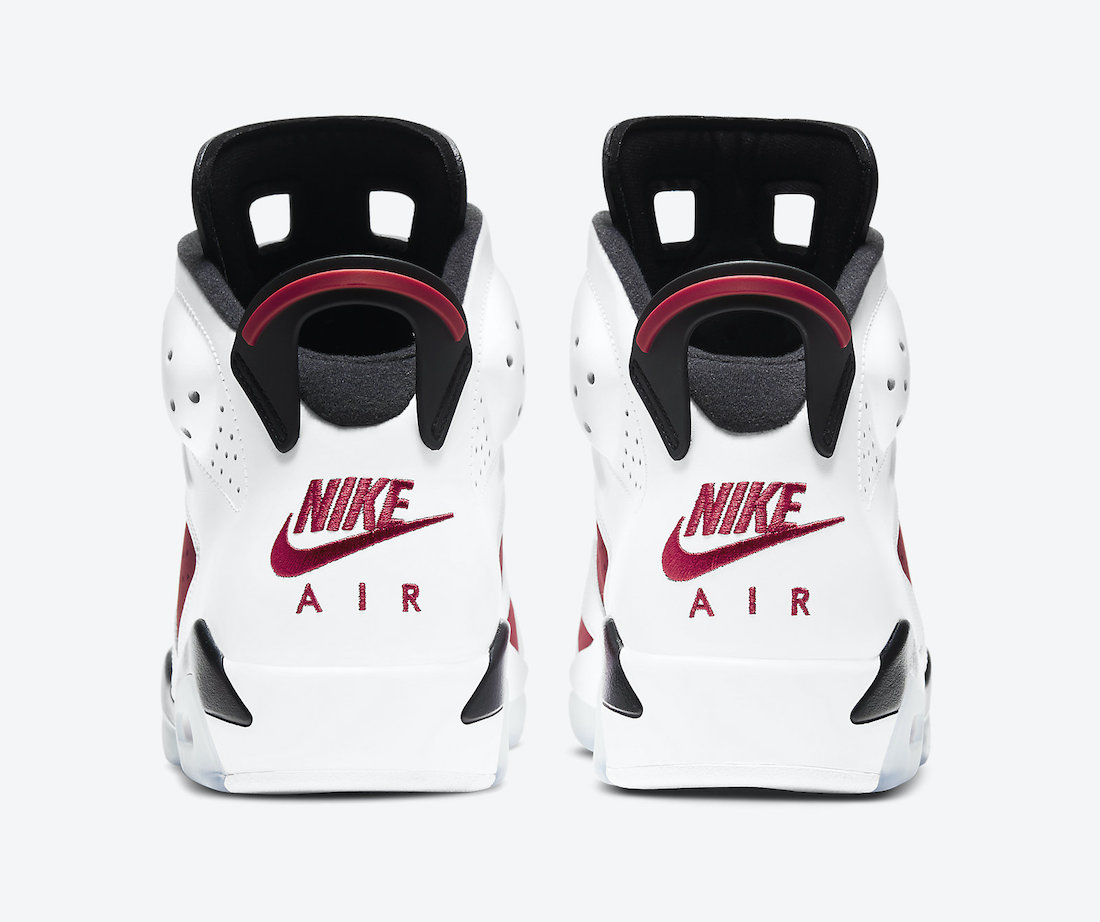 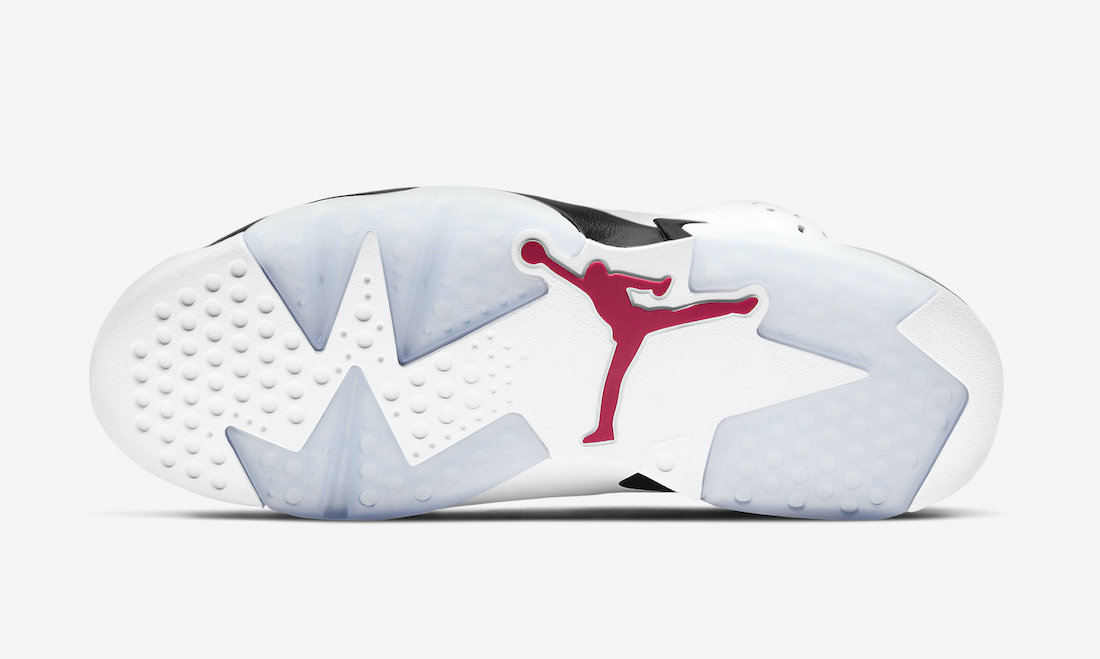 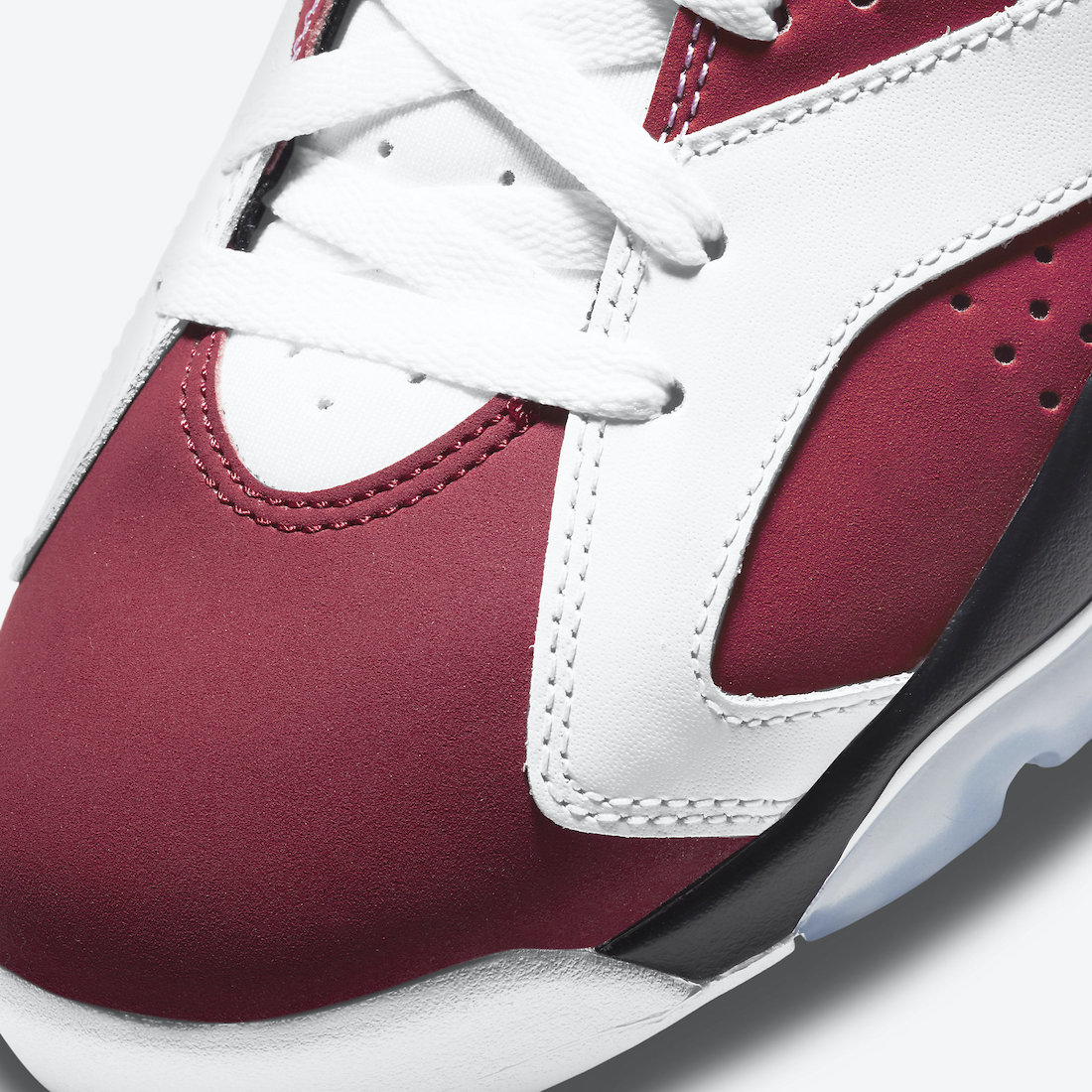 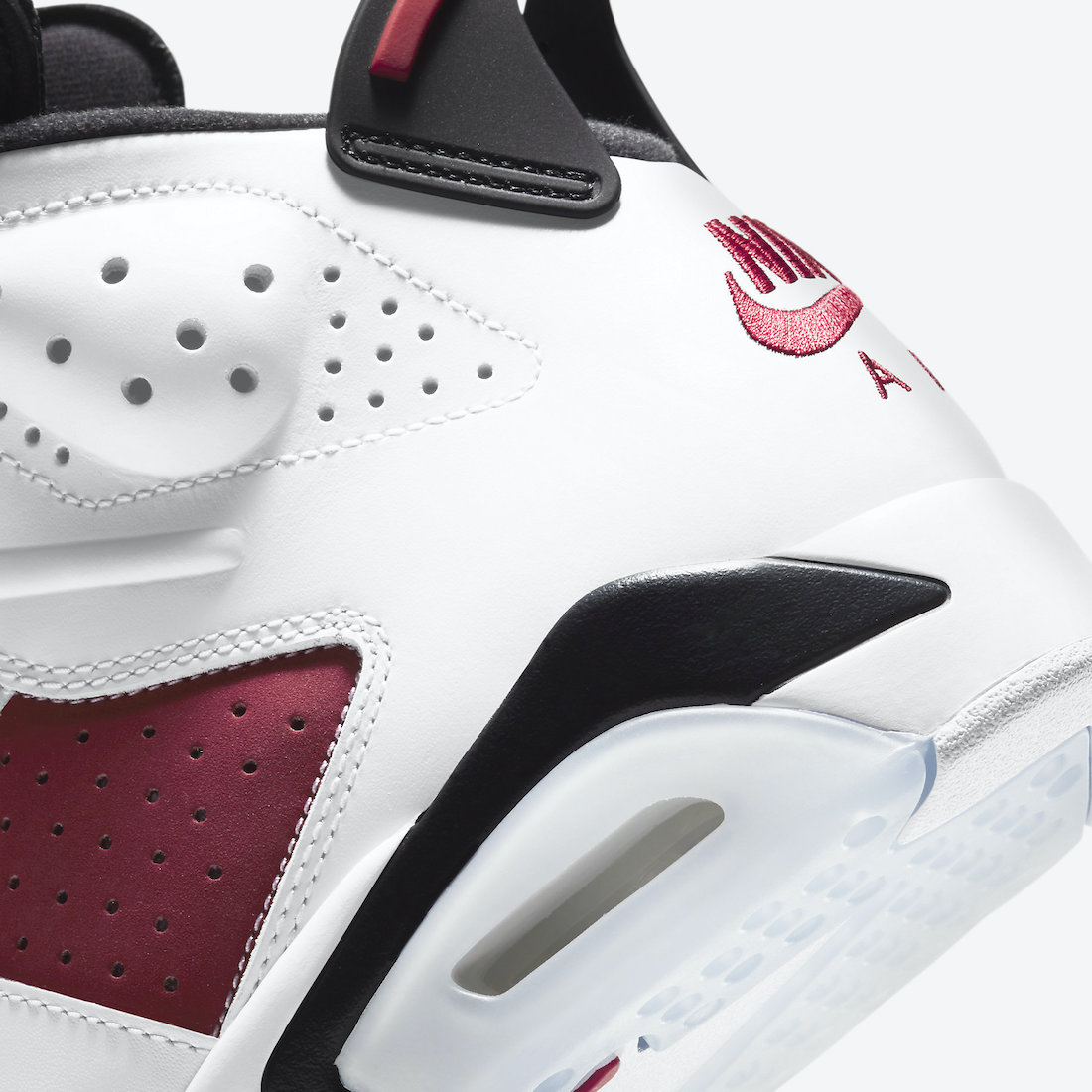