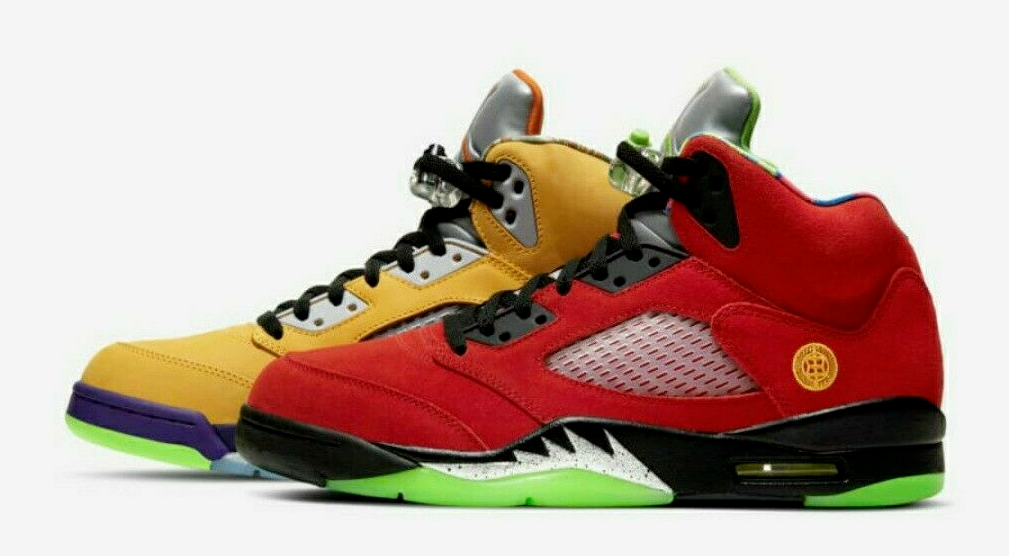 The Air Jordan 5 What The also known as the “What The Jordan 5” will officially hit the market on November the 12th, and retails for $220. Jordan Brand has actually dropped a lot of gems in the Jordan 5 silhouette as of late, the Fire Red 5, the Bel Air 5, the Apple Green 5 and the Off-White 5. So this newer colorway basically is like the finale of all encompassing some of the most iconic Jordan 5’s, Tokyo,’ ‘Raging Bull,’ ‘Green Bean,’ ‘Army Olive’ and ‘Quai 54,’ among others. This is a shoe that is highly sought after and limited as well, and you know that bootleggers are going to target it. I actually wrote a post a few days ago warning you about the fake pairs I came across, see post below

How To Quickly Spot The Fake What The Air Jordan 5, eBay Is Already Polluted With Fake Pairs

Today though we’ll going to try to come up with an estimate of the number of pairs that were possibly made. Let’s first get a quick count of the confirmed stockists for the model for North America.

Major  US Retailers:  Footlocker– available in stores and online. Eastbay ( online only), Hibbett

So we can conclude that the worldwide production  for the “What The Jordan 5 “will wall within the 30,000 pairs < Total Number of Pairs< 60,000 pairs 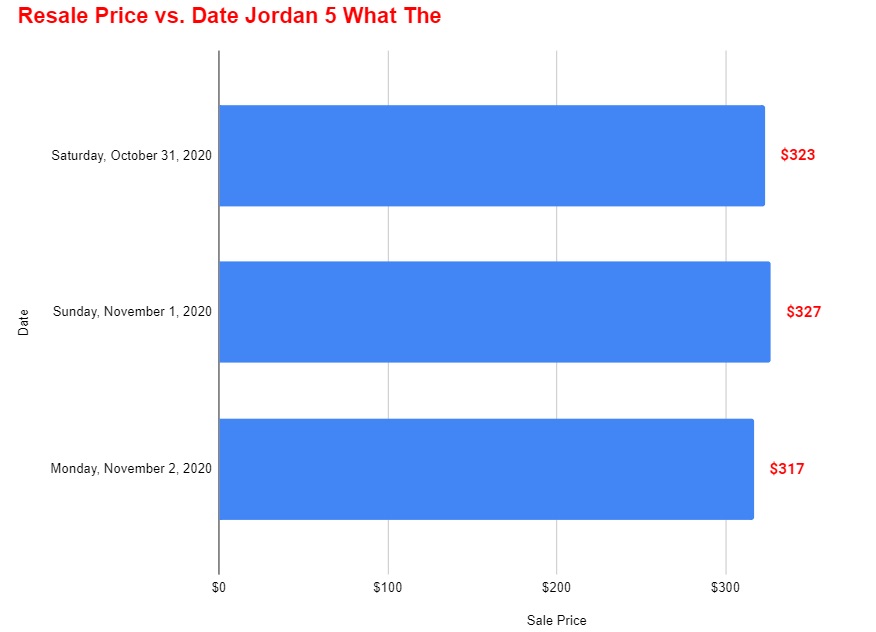 The graph above is a breakdown of the resale value of the shoe within the last three days ( since October the 31st). You can see that the resale value will sit somewhere between ($310-$330). I’m actually surprised that this shoe is selling for this low on third party marketplaces. I guess people aren’t totally sold on this concept. I could’ve sworn that it would have a resale value in the low $500’s but the numbers above are telling a different story. So I’ll stick with the data and project that the shoe will have a resale value in the mid $300’s. Let’s see if there are any sizes that are yield to very high revenues. 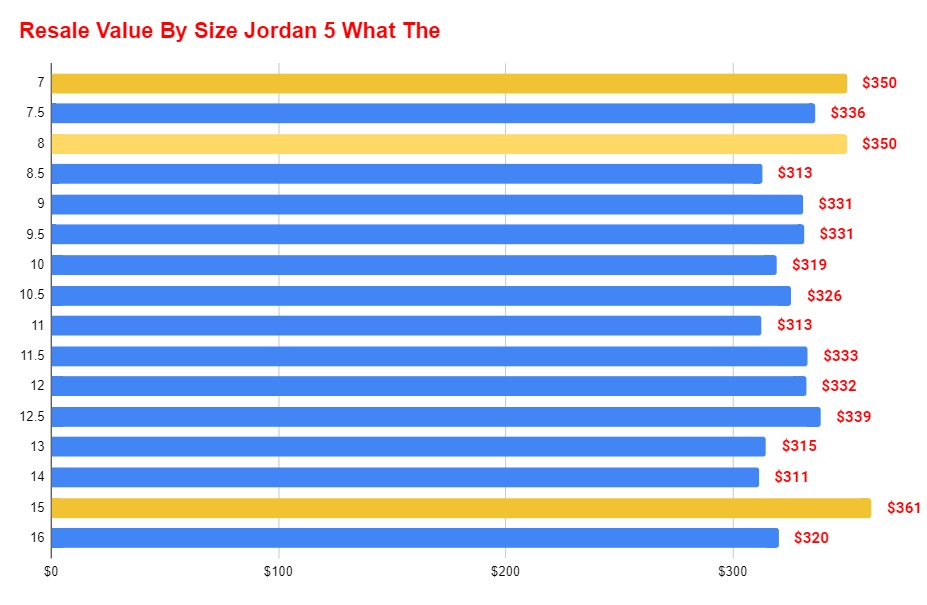 You can pretty much see that the overall resale value will probably sit within the ($310-$330) as I said earlier. We have about three irregular values ( they are not really irregular) but size 7,8 and 15 recorded the highest revenues at $350 and $361 respectively. Based on the findings, this is what we can expect as far as profits and mark ups are concerned. The shoe retails for $220 before tax and roughly $240 after tax. So  folks are looking at profits within the ( $42-$60) for mark ups within the (18%-25%).

The shoe will certainly sell out but don’t expect to hit homeruns with it if you’re a reseller.

You can purchase it now on eBay from our featured sellers, CLICK HERE or banner below 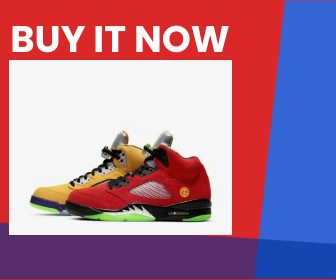